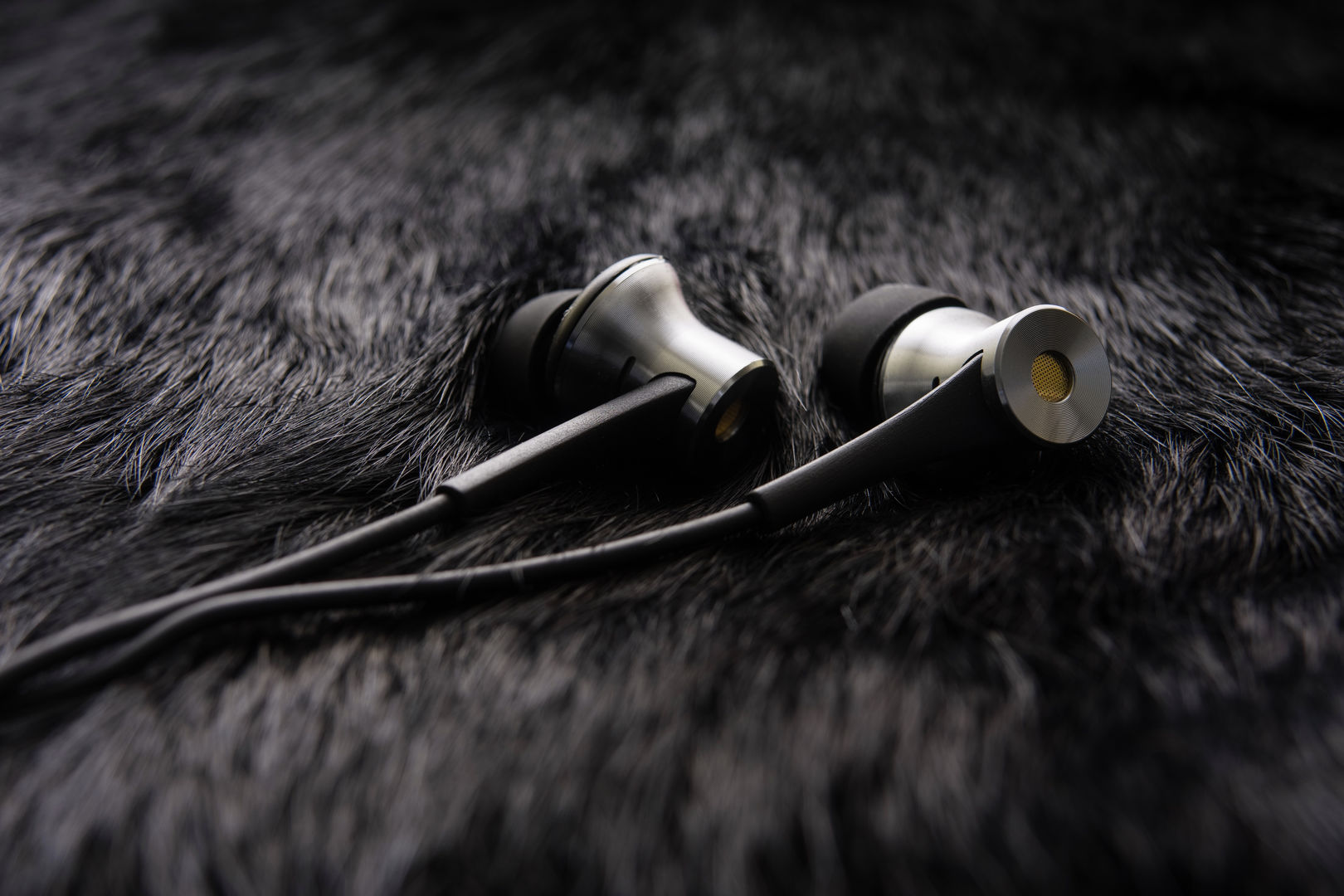 The 1More’s are controlled through a central remote located at the y-split. It is quite unique in design, containing a dedicated AMP/DAC in addition to the noise cancelling circuitry. However, as the earphones draw power from the source, 1More was able to omit an internal battery and drastically shrink down both the dimensions and weight of the ANC control box. Of course, it is noticeably larger than any remote on a non-noise-cancelling in-ear, but it’s also half the size of the ANC modules on the OVC H15 and Bose QC20, only the ADV 747 gets close. 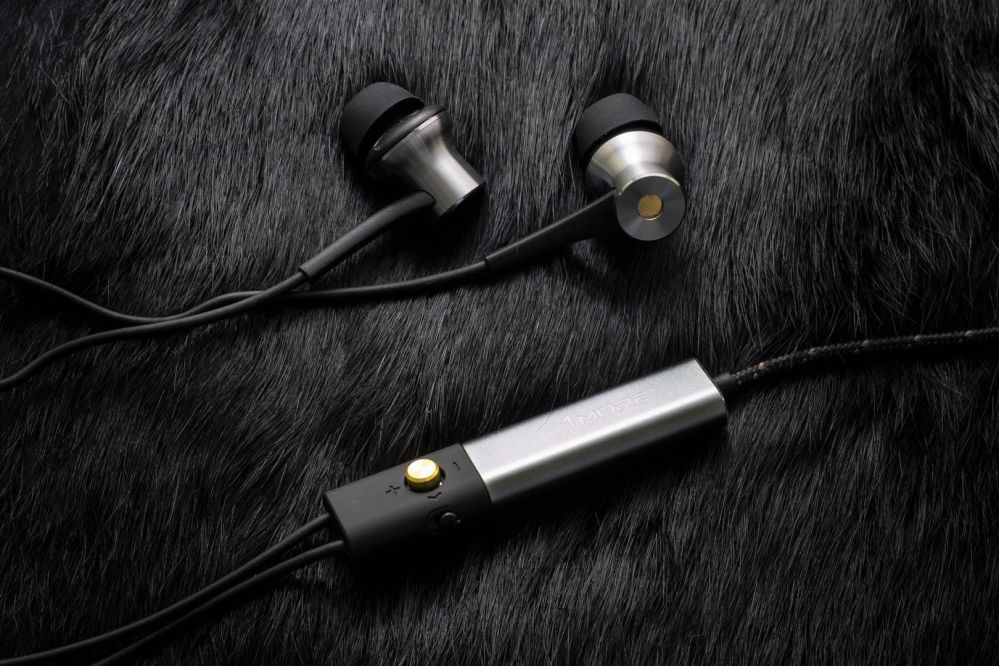 An interesting feature of the remote is its unique control scheme, utilising a joystick over isolated switches. The joystick controls basic playback, swivelling up and down for volume, left and right to skip tracks and inwards to play/pause. In use, it’s markedly easier to locate than discrete buttons and provides clicky, tactile feedback. It didn’t take me long to adjust and I experienced no accidental or misregistered commands during my testing. The right cable above the y-split also contains a microphone and recipients reported clear audio during my testing. 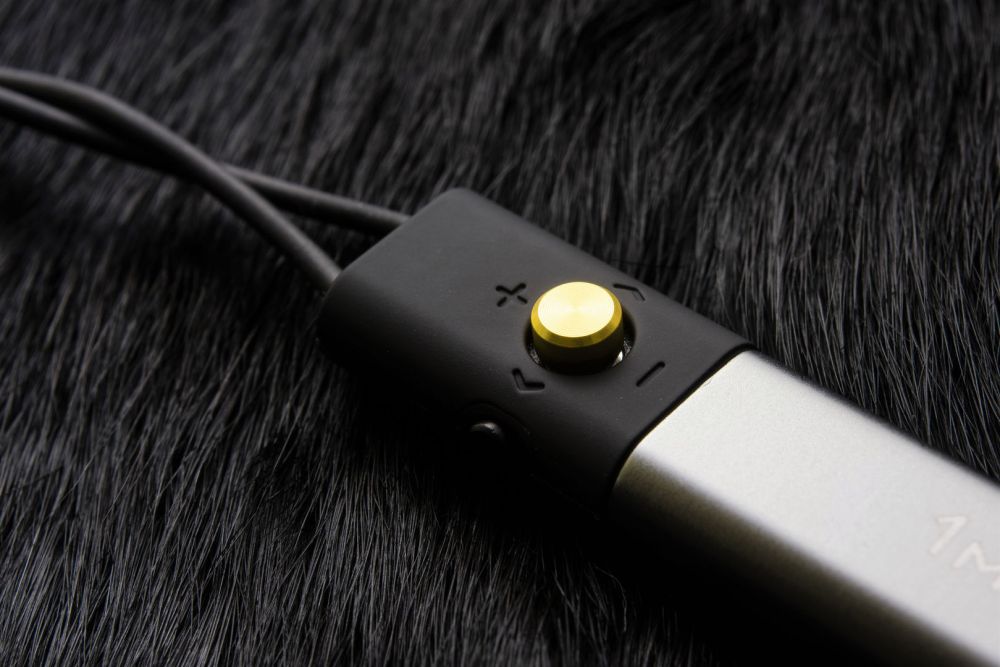 The right side of the remote houses the ANC toggle switch that is coloured to denote whether the function is active. Battery life will vary greatly based on the attached device and loudness, but I did time a few cycles on my 6th Generation iPod Touch at 7/16 volume to assess the effect of ANC. With ANC disabled, the earphones still drew a fair amount of power, lasting just over 12 and a half hours on average. With ANC enabled, the iPod was reduced to critical battery in 10 and a half hours which is a modest difference considering the effectiveness of their noise cancellation.

iPhone and iPad users will no doubt be able to extract vastly longer runtimes making them comparable to the very best ANC in-ears in longevity. That said, I would still liked to have seen a lightning port on the remote/control module to enable charging during use. 1More also have an IOS app that offers basic music player functionality and has an integrated burn-in protocol. I put my set through 3 phases of burn-in to ensure maximum performance before evaluation. The app also enables users to upgrade firmware, at the time of testing, my Dual Driver ANC’s are on version 1.4.5.

Given that the DD ANC is designed for travellers, my 9hr flight from Sydney to Portafes in Japan served as the perfect test environment for noise cancelling performance. If you aren’t familiar with active noise cancelling technology, the earphones use microphones and lightning fast calculations to analyse incoming noise and produce an inverse waveform that cancels out that ambient sound through destructive interference. These solutions mainly target lower-frequency noise such as the drone of engines or the whirring of air-conditioning, making them a top choice for frequent travellers. Though not quite as vacuum-like as my trusty Bose QC20’s, the 1More’s did a fine job cancelling noise during my flight, matching the more expensive headset in many regards.

I was also pleased to find that enabling ANC doesn’t alter the sound of the earphones at all and 1More are quick to state that the DD ANC noise cancels over a wider range of frequencies stretching from 50Hz to 2000Hz through which they claim a 20dB reduction. For comparison, this is a similar range to the class-leading Bose QC earphones and almost twice as wide as the 40Hz to 1000Hz range provided by competitors from OVC and ADV. Through this, 1More reason that the Dual Driver will better attenuate voices in addition to low-frequency droning. In use, they don’t attenuate as much noise as my custom moulded earphones nor do they block out as much high-frequency noise as a good sealed in-ear with foam eartips, but they easily matched the customs when it came to suppressing drones and hums. With that said, I relaxed for the long trip ahead and took some notes comparing the 1Mores to a few other ANC in-ears I had on hand. 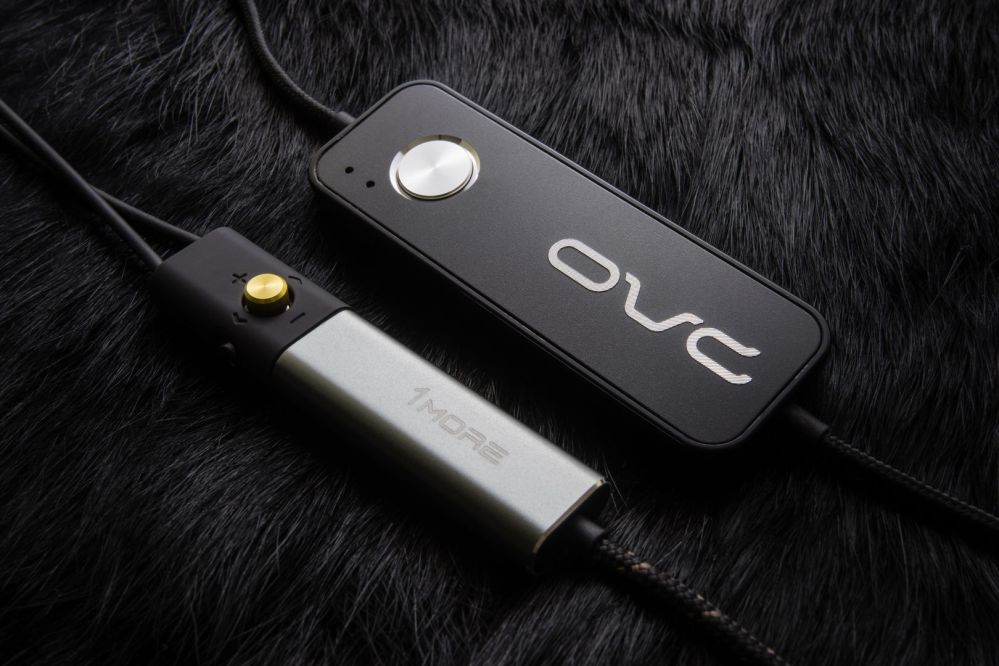 OVC H15: The H15 is a terrific budget noise canceller but it does have the least aggressive noise cancelling solution in comparison to the following models. Passive isolation with ANC disabled is also just modest, higher than the 1More’s but not they aren’t nearly as isolating as the ADV 747’s and higher-frequencies such as voices and the hissing of air conditioning are less attenuated as a result. With noise cancellation enabled, they still attenuate the least noise in this comparison but they are the cheapest and aren’t affected by wind noise at all.

The H15 produced no audio glitches with ANC enabled even over months of testing. Moreover, they lack the sense of pressure usually exerted by ANC in-ears. Their main downfall stems from their sound, their ANC ability is affected by their inbuilt bass boost which noticeably reduces noise cancelling performance when enabled. However, they do sound somewhat bass-deficient without it, not ideal when listening for hours in a noisier environment.

ADV 747: The 747 offers the most passive isolation with ANC disabled and therefore blocks the most high-frequency noise. Its ANC implementation is also very well-judged with similar if not slightly greater potency than the H15, and the 747 offers the most even noise attenuation of the bunch throughout the whole audio spectrum. With ANC enabled, hissing and higher voices are reduced in amplitude and low-frequency drones are drastically attenuated. They hold a notable advantage over the H15 in high and midrange-frequency attenuation but their ability to drown out low-frequency droning is only slightly greater. In use, the 747 produces a small sense of pressure that is noticeable but not irksome, however, when outside, wind noise is slightly amplified.

They also didn’t produce any glitches due to changing cabin pressure or slamming doors on public transport as the 1More and Bose in-ears tended to. For my personal tastes, the 747 provided the most desirable noise attenuating performance combining great ANC with good passive high-frequency isolation. Of note, the 747 can also be equipped with more isolating foam ear tips. With foams, they’re almost comparable to the Bose QC20 and even block more sound in some frequency ranges. This is specific to the 747 as the OVC, Bose and 1More earphones all use unique nozzle shapes and designs that don’t permit third-party tips; the 747 can fit any tip most to your liking.

1More ANC: 1More offers the most advanced, aggressive noise cancelling solution save for the Bose QC20. With ANC off, they block very little noise so the electronics have to compensate to silence ambient noise. Luckily, 1More’s implementation is excellent, and the Dual Driver’s easily block the most low-frequency noise; drones and hums that remain clearly audible on the other in-ears are essentially silenced on the 1More’s. Their noise-cancelling also covers the widest spectrum of sound but, due to deficient passive isolation, they still don’t lower higher frequencies hissing particularly well. That said, voices are well attenuated, move so than the 747 and H15 if slightly less so than the Bose. The 747’s do lower hissing and the rush of air-conditioning more though it ultimately comes down to preference as the 1More’s hold an equally strong advantage with regards to lower and midrange frequencies.

And, as they possess the most aggressive noise cancelling, they are also the most susceptible to audio glitches. For instance, wind noise is the most amplified and they produce frequent pops during changes in cabin pressure or closing bus/train doors. On the flipside, at least the 1More’s don’t create much pressure during wear. And despite these artefacts, my main gripe with the 1More is that they produce a reasonably noticeable hiss when ANC is enabled and often boost high-frequency noise rather than cancelling it out, something I haven’t experienced with any of the other in-ears. Luckily, 1More is able to update the firmware on the Dual Driver ANC, they’re a great performer as is but I’m hoping these issues will be improved or fixed in future.