From a glance, the E1008 has an absolutely gorgeous design. To my eye it’s a more attractive offering than 1More’s triple driver in-ear though both clearly share the same design language. Not only do they boast a fully aluminium housing, they are also very intricately styled and designed. This is a far cry from the standard plastic housings seen on essentially every other earbud besides the MRZ Tomahawk and Ting. The E1008’s are also incredibly well built, all components are well joined without seam and the housings possess an incredibly solid feel in the hand. The satin purple and bronze gold finish could easily become gaudy, but 1More’s wise choice of colours produces a very refined looking product. 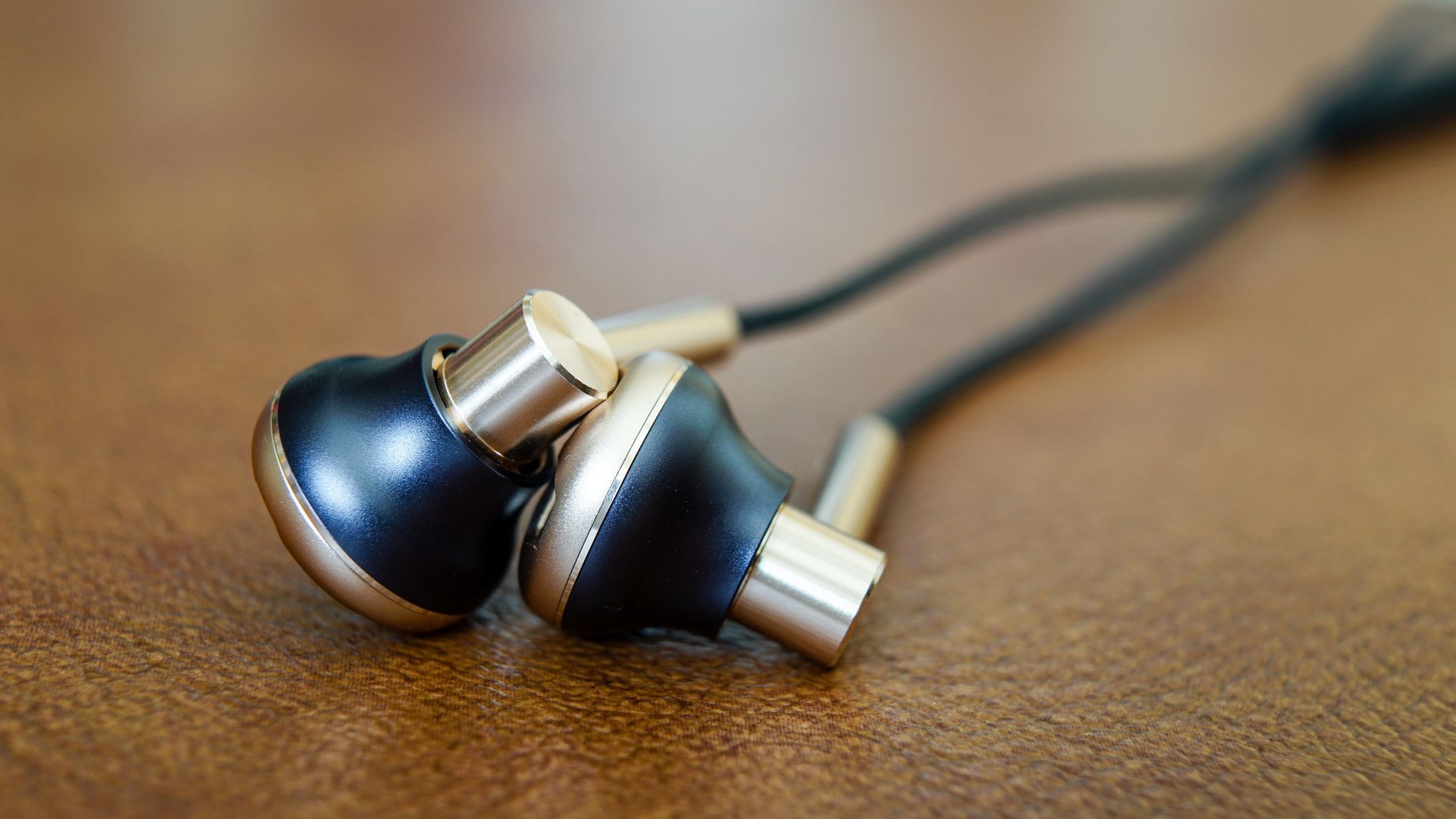 In terms of fitment, the E1008 sits loosely within the outer ear producing minimal seal and therefore essentially nonexistent noise isolation. As such, they are not ideal in any kind noisy environment but are great for library and home usage, allowing the user to remain aware of their surroundings. Sound leakage will be noticeable if you are a very high volume listener though they still leak considerably less than most over-ear headphones. They are also great for people who are sensitive to pressure within the ear, a lot of users choose earbuds over in-ears for this very reason. They employ a similar fit to the MRZ Tomahawk in that their design purposefully limits insertion depth and seal to create a more open/airy sound. However, where the sharp stems of the Tomahawk produced considerable comfort issues, the universally smoother styled E1008 almost disappears in the ear. While they do protrude a little too much for comfortable use when sleeping, in general wear around the house, they were supremely comfortable. The ear pieces have a notably small diameter, they are actually more compact in the ear than the Shozy Cygnus, which is itself a very small earbud. As a result, they don’t have the greatest stability in the ear and are easily moved by even slight cable nudges which can alter the sound on one side, throwing the whole presentation of the sound out of whack. The Cygnus has a deeper fit and was also designed for usage with foams that increase tactility in the ear and provide a more consistent fitment. Of course, 1More have considered this issue and included three pairs of silicone covers that have different sized ear hooks. They fit similarly to those winged Bose tips and function to increase fit stability. Unfortunately, in my usage, the ear hooks were a little uncomfortable and produced slightly more seal which ironically reduced the quality of the sound; the high-end sound too closed off and they diminished soundstage space/separation. Regardless, at least the silicone covers stay put better than the regular foams used by other earphones that have a tendency to loosen up and fall off over time. They also don’t tear or wear out and are easily washed. 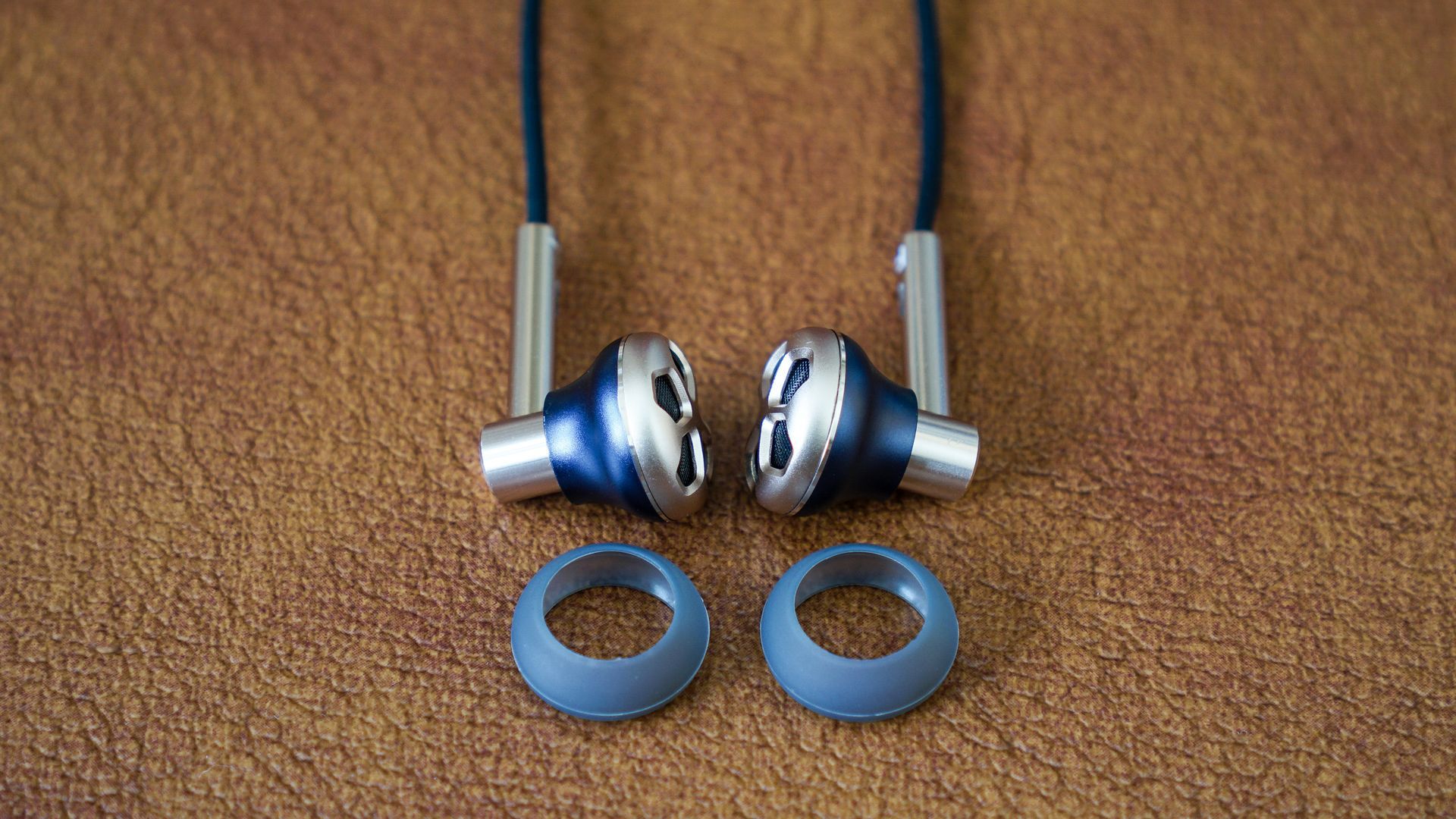 The cable is great in some areas and just average in other regards though I would still consider the Shozy Cygnus and Stardust to have the best cables equipped on an earbud. Starting from the earpieces, 1More have utilised a similar cable to that employed on Sony’s headphones with a parallel ridging running all the way down to the y-split. This does actually help to avoid tangles and the 1More’s straighten out well after being jammed inside a pocket. Unfortunately, the cable is rubbery in texture, a little thin and has absolutely no strain-relief, quite a shame on such an expensive earbud (though the Cygnus doesn’t have any strain-relief either). A remote/mic combo is outfit on the right side, which also allows the user to easily differentiate right from left since both earpieces are symmetrical. The remote is actually quite brilliant in that all 3 buttons function on both IOS and Android, I haven’t run into many earphones that implement this feature but it’s certainly very practical. The aluminium buttons are well separated through metal ridges on the centre button, they have nice feedback and match the rest of the earbuds in quality.

Moving down, the E1008 has a nice machined aluminium y-split with minimal but appreciable strain-relief. Below is a Kevlar covered cable that is actually surprisingly compliant and smooth. It’s also of pleasing thickness and terminates in with a low-profile right-angle plug. The plug is textured for easy removal, gold-plated and very well-relieved from stress. In contrast, the Cygnus has quite a DIY look with that straight Oyaide jack and heat shrink strain relief so while the cable itself is much suppler, the terminations are not as well implemented as the 1More earbud.