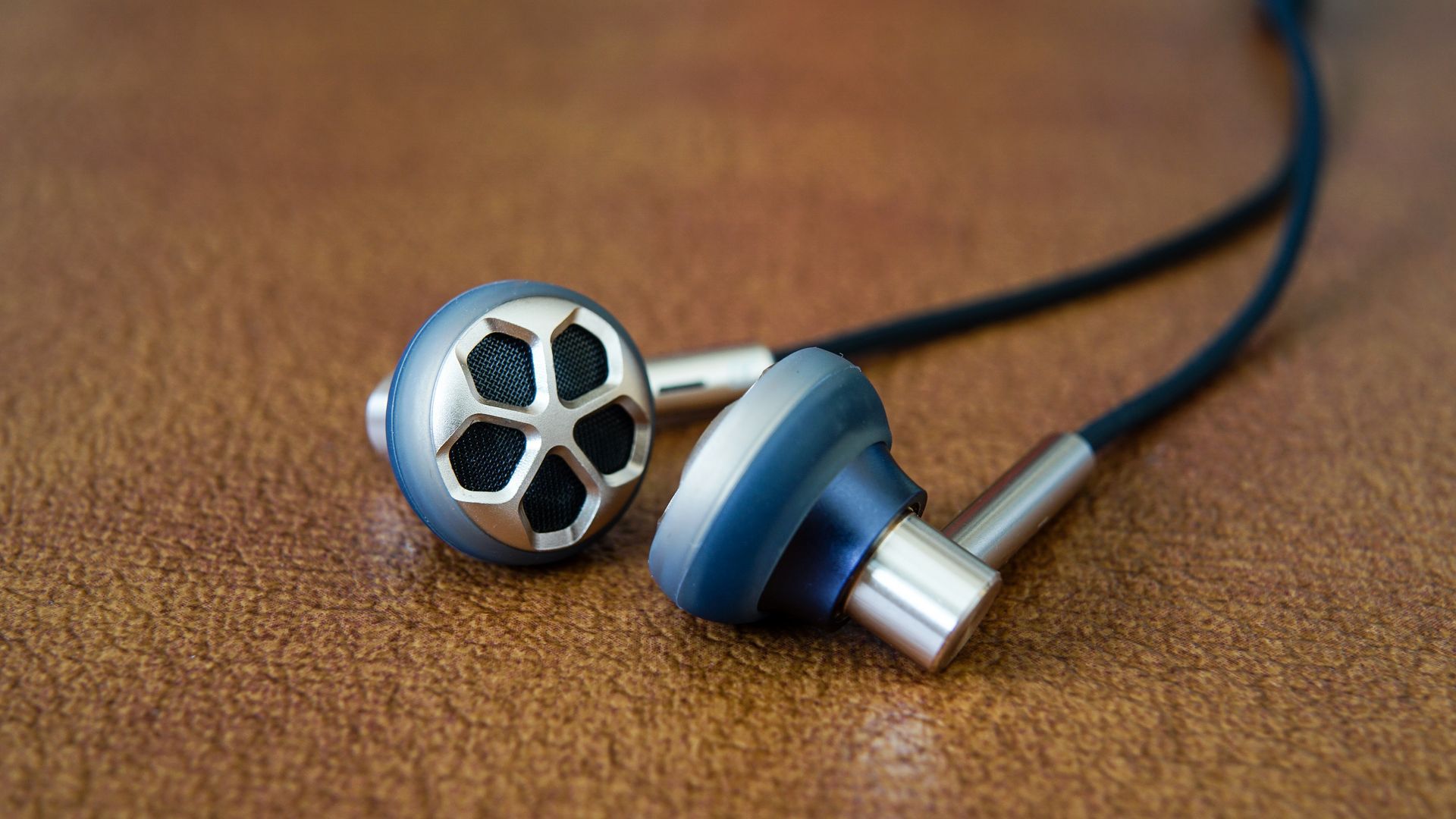 With a very unique driver setup consisting of a dynamic driver complimented by a multi-layer ceramic tweeter, the E1008’s produce quite an unorthodox sound. That being said, they remain relatively balanced, are surprisingly refined and are easy to enjoy nonetheless. From first listen, I can definitely tell that 1More have put a lot of thought into this sound and has considered the type of people who buy earbuds to begin with, they capitalise on the strengths of their very open form factor and avoid the over-brightness that tends to affect most earbuds. While the tonality may actually be a little dark for most, the quality of the sound is exceptional and after some adjustment, the tonality can be better appreciated. 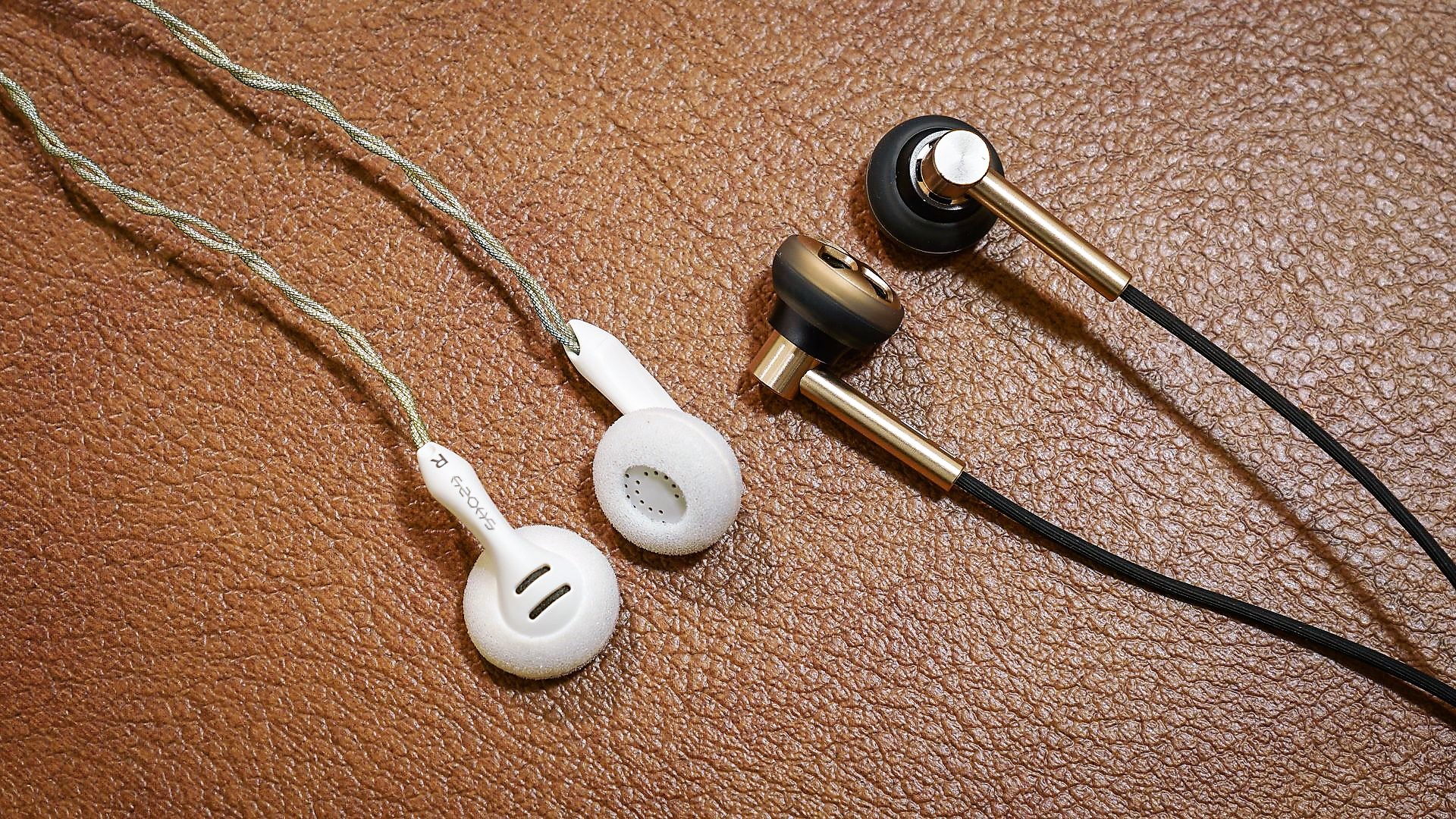 The E1008 is a slightly mid-forward earphone with a darker tonal tilt. It has a full-bodied midrange flanked by a leaner bass response and a smooth, relaxed high-end. Clarity is not the E1008’s strongest asset though they maintain a surprising amount of resolution despite having such a dark sound. The Cygnus is immediately the more engaging, perhaps even more coherent sounding earbud, though it is also less separated and the high-end rolls off sooner (with stock foam covers). It also has considerably less bass resolution.

The E1008’s have an incredible soundstage, even for an earbud, though it does take some adjustment since earbuds present space completely differently to iems. Where earphones tend to have a hard “limit” to space, earbuds rather gently fade out into the environment. Listening to David Bowie’s “Starman”, each note dissipates smoothly outwards with a much more natural sense of space than traditional sealing earphones. The E1008’s also reproduced Stevie Wonder’s “Cherie Amour” with holographic imaging and exorbitant levels of space and separation between instruments. Despite this, the E1008’s never sounded diffuse and vocals were strongly centred.

The Cygnus is more constrained with quite an intimate presentation for an earbud perhaps due to its deeper fitment. It images almost as well as the E1008 and separation isn’t too much of a concern on either the 1More or Shozy bud even though they both have a darker tone. Regardless of the space and separation advantages of the E1008, I would perhaps give a nod to the Cygnus for more complex songs due to its less mid-forward sound; fans of faster genres such as rock will likely prefer the more aggressive, v-shaped Cygnus than the more forward E1008.

Overall, those attuned with open back headphones will no doubt find the E1008 a great portable alternative for use in quiet areas or when an amplifier/dedicated source isn’t readily available. Those coming from sealed earbuds will also notice an immediate improvement in space and separation, the E1008 exemplifies the term “open”.

With a 32ohm impedance and 102Db sensitivity rating, the E1008 is not particularly sensitive but still doesn’t require an amplifier so long as you have a source of moderate quality. They are somewhat source sensitive, sounding a little too closed-off from some of my poorer sources but scale really well with dedicated gear. They are considerably less sensitive than the Cygnus but also don’t pick up nearly as much hiss. They pair well with slightly clearer sounding sources, in my case, the Oppo HA-2, HTC 10 and iPod Touch 6G all served the earbuds well. My iPod Nano 7G and Hidizs AP60 were lacking a little power and sounded a little darker though both were far ahead of my laptop’s internal sound card. For the sake of this review, I will have the E1008’s and Cygnus running from my HA-2 and HTC 10.

The E1008 does bass very well for an earbud; I previously considered the Cygnus to be the best performer I had heard around this price though the E1008 might just edge it out in overall quality (before taking into account personal tonal preferences). Tonally, bass isn’t accentuated but is neutral, tight and textured. As with most higher-end earbuds, the E1008’s do manage to reproduce some sub-bass even without a solid seal. It is soft, but has the sensation of moving air without hitting with any substantial slam. They definitely have less sub-bass extension than the Cygnus which employs a deeper, better sealing fitment, but overall, the E1008 resolves a nice amount of texture and fullness in tracks that call for it.

The low-end does have a slight lower-bass focus as opposed to the Cygnus which is a little warmer due to its more mid/upper-bass focus. The very organic Cygnus has more bass quantity overall, mainly mid-bass and upper-bass though it remains similarly textured. Despite this, the more linear E1008 has considerably more bass resolution, resolving increased detail in the low notes, especially on faster-paced tracks. Listening to George Michael’s “Faith – Remastered” and both earbuds provided a tactile bass response with great texture and rhythm but the E1008’s had quicker bass decay and clearer definition to each note. The Cygnus, on the other hand, produced noticeably more slam and depth to each note without substantial quality sacrifice compared to the 1More earbud. While it does ultimately come down to preference, and I’m sure many will choose the bassier Cygnus, the E1008 does have a clean, clear low-end. It does make for an incredibly satisfying listen, they thrive off genres like Jazz and even slower hip-hop though they may lack deep bass presence for rock and electronic genres.

The midrange is slightly dark, smooth and laid-back but still a little more tonally balanced than the Cygnus overall. The E1008 can sound dry at times, but vocals and instruments are quite full-bodied and can even encroach upon lush. They do lack clarity throughout the midrange resulting in some veil across both male and female vocals though instruments tend to sound quite accurate. After some adjustment, the actual quality of the midrange is pleasing though those who prefer a more aggressive sound should still err towards the Shozy Cygnus.

Ironically, when listening to some contemporary pop, the darker Cygnus produced clearer female vocals with considerably more clarity and less veil. On the flipside, the E1008 provided clearer male vocals and more balance throughout its midrange, the Cygnus was slightly too warm making male vocals sound slightly thick to my ear and female vocals sounded a little recessed. The E1008 can sound slightly unnatural in its midrange due to the nature of this tuning, and though the sound is smooth the Cygnus has a more natural tone and timbre. Booting up “Another Day of Sun” from the soundtrack of La La Land and the E1008 produced delicate vocals with plenty of resolution and a very clean background. Both male and female vocals on the Cygnus sounded a little warmer and more composed within the more complex passages but also more recessed and a little cloudier overall.

It’s been very difficult for me to analyse the midrange on the E1008 since it has such unorthodox qualities. Resolution is good but clarity is not and as a result, they can sound both clearer and muddier than the Cygnus, it really depends on the track. For vocal based genres the E1008 is actually quite a nice choice (if you don’t mind the slight veil); again, jazz, ballads, alternative rock and the generally brighter Asian genres of music are all really nicely presented. The more v-shaped Cygnus tends to boost up the instruments a bit more though it does have more clarity and more aggressive detailing making it the better choice for modern pop, electronic and rock.

That unique tweeter driver definitely produces some interesting results and a different kind of presentation. And treble does sound quite interesting, due to the large soundstage, notes can come off as distant or rolled-off, but after more extended listening that is clearly not the case. While treble is on the smoother, more laid-back side of things, high-notes are well detailed and actually slightly more revealing than the Cygnus at the very top. High frequency sounds are really well separated from the rest of the midrange, I would insinuate that the E1008 may not be the best integrated dual driver earphone I’ve heard, but it does enhance the sound in many ways, namely soundstage and detailing. Extension is quite good but the highest notes are still rolled off; the E1008 has a slightly thin reproduction of high-hats but the darker Cygnus can gloss over these very high details. On the flipside, the Cygnus has a more resolving and aggressively detailed middle and especially lower treble response that grants it with a more engaging, sparkly sound. The E1008 sounds a little more refined perhaps and also more naturally detailed; they possess crispness up top and cymbals have plenty of texturing and body but details don’t pop or shimmer like the Cygnus.

Overall, where most darker earphones tend to have a slightly more aggressive treble response to provide some additional insight into the sound, the E1008 instead persists with this smoother, laid-back tone all the way through. They are almost as resolving as the Cygnus overall due to their superior extension (though more extension can be obtained by removing the foams, they become overly lean) but carry vastly different tuning. 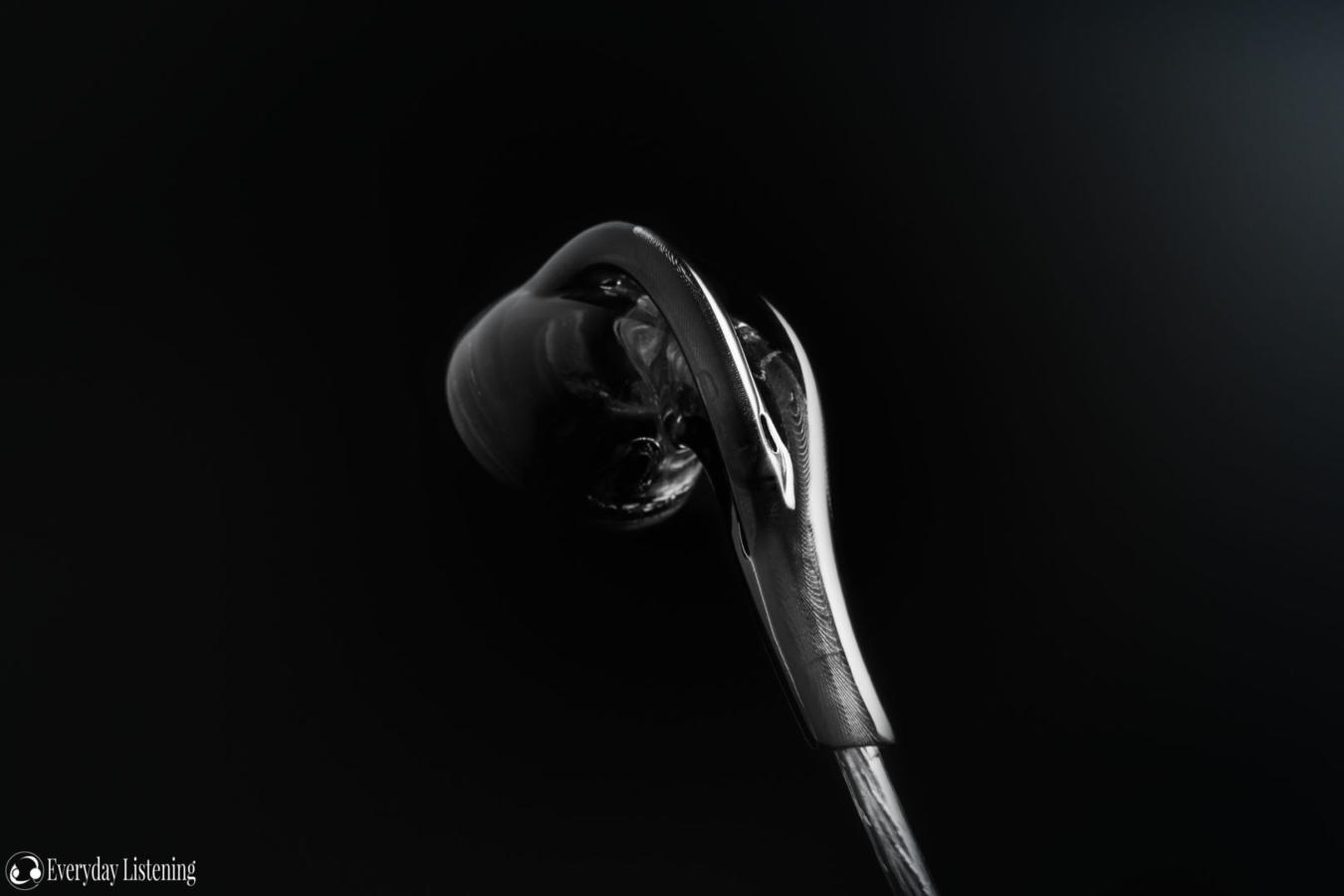 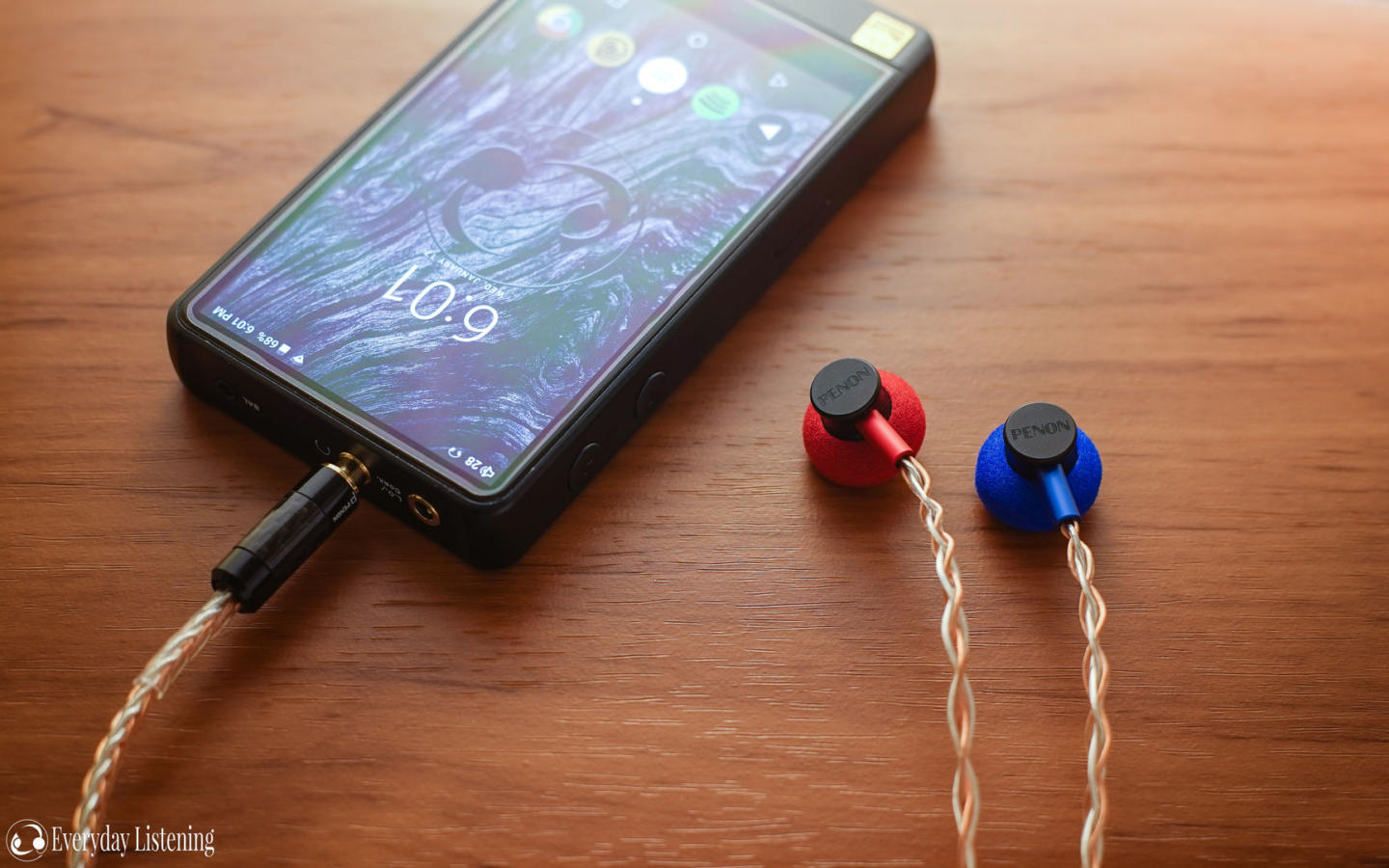 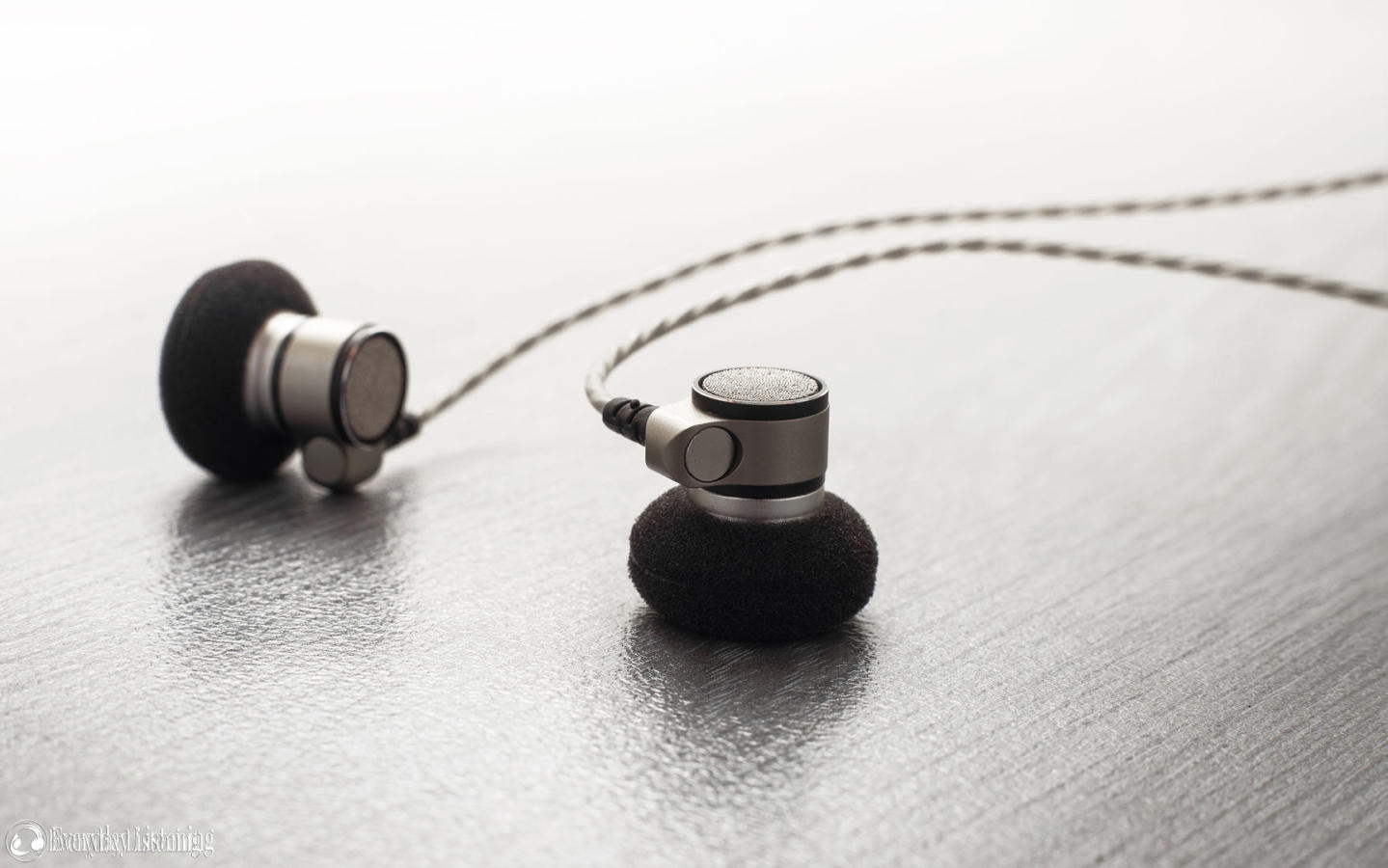