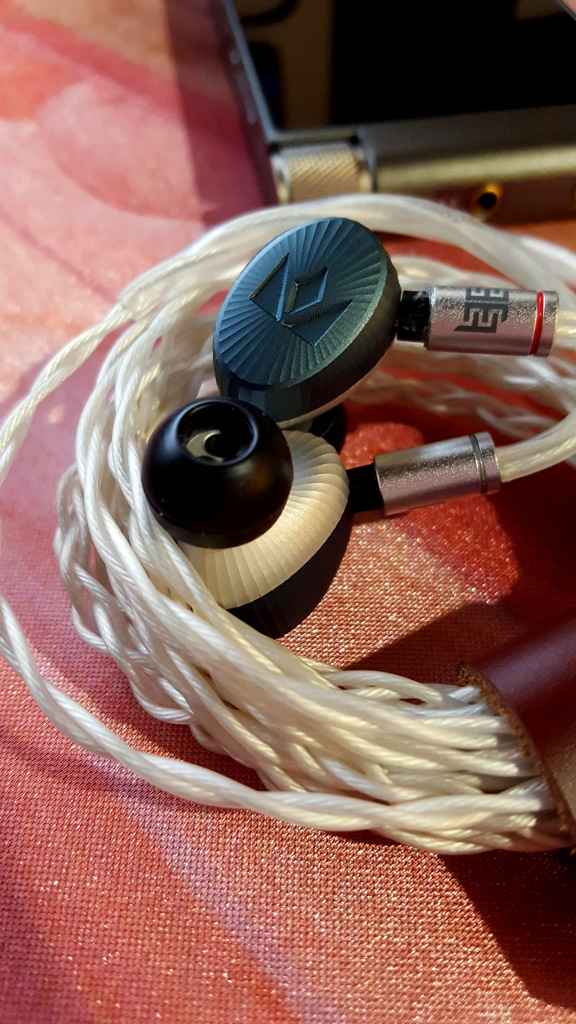 ::Disclaimer::
The Kaiser Encore was given to me free of charge in exchange for my honest review, for good or ill.

For many in this hobby, Noble Audio has stood as a pinnacle of sorts. We’ve all looked at them, at one time or another, and lusted for their products. When you start out with your first audiophile IEM, you can’t imagine spending $1,850 on something so small and innocuous. But you can dream. Hell yes, you can dream! Noble’s original Kaiser 10 made an appearance in many a fantasy, let me assure you. It still holds the most 5-star ratings of any in-ear monitor on Head-Fi.org.

Fate being the shrew that she is, I never did get an opportunity to try the K10. I came very close to buying it once, but went with a newer product turning a lot of heads at the time, the Rhapsodio Solar BA10. That is a direct competitor according to the forums, one which led a few K10 owners to stray. I am still a big fan of Solar. It will remain in my rotation for a long time to come. That and the 64Audio U12 shall not leave my side anytime soon. Everything I test competes against them. It is a menacing hurdle for newcomers to clear.

When I contacted Noble Audio, I kinda spammed them. I hit up the main support address listed on their website, and sent Privet Messages on Head-Fi to both John Moulton and Brannan Mason. The rejuvenated Kaiser had my blood hot, and I simply had to try it out. I missed the K10, and I could not miss the launch of the Encore. I would not!

Brannan got in touch with me good and quick, and a review sample of the Kaiser Encore was sent out immediately after. 2 Day Air mail. If I didn’t know any better, I’d say they wanted to impress me. It worked.

He asked me if I would review their updated packaging and accessories if they sent it out later, after everything was finalized. I laughed, explaining how I didn’t give a shit about that stuff. Still, I said I would, even though it really wasn’t my thing. I’d do it for him, because I loved him. There must have been something I said to make Brannan nervous, because he decided against it.

Oh well. Probably for the best.

A few days ago I put on my journalist pants and asked John (the Wizard) if there was anything he wanted to share about his vision for Encore. The insights contained within his reply are most intriguing:

The Encore is kind of an extension of the K10. The K10, while an excellent product (28 consecutive 5 stars) was designed with the goal to be a non-polarizing product. A product that would have the ability to play many genres without excelling in one specific genre over another.

While I think the K10 did a good job at that, I felt that the Encore should even do a better job than the K10 in that regards.

1) I heard a lot of complaints that “red” was a girly color.

2) I thought the harsh angles and bright red color was a bit garish. The red was supposed to be my “B” (beats audio) meaning u see they red across the room, you know it is a K10 (not sure if that really was ever accomplished)

4) We didn’t want the Encore to be thought of as a total different product, it would be essentially a Gen 2 of the K10UA, as it shared a lot of design features. (10 drivers). We used the exact same bottom half of the housing that the K10 UA had, (silver) and we had a new face plate/cap designed specifically for the Encore, thus bringing the two closer together, at least in a physical way.

As for sound, they don’t sound the same. I say the Encore has more “awesome sauce” than the K10 has.

As for design features that are not found on the web site. The housing are made from aircraft grade billet aluminium. Each housing is CNC’d in California, by a firm known for their artistic abilities as they build low volume, artistic pieces, ranging from home furniture to home audio.

30 housings can be built a day, so we are not talking about mass quantities being stamped out in a short period of time. We have 5 different assembly facilities, and each facility is used for their specific skill sets, meaning each facility does what they do best. (for example our CIEM team in China, they only build CIEMs) The facility that builds the Encore focuses on the Encore and Katana. The Encore is closed via compression, 450 lbs is applied to the shell, in order to close it. That means, you can step on the shell, and it will survive, if anything, the Encore and Katan are guilty of being overbuilt. If you treat an Encore right, you can pass it down to your kids.

I hope the above was some help

I asked John what he meant by “more ‘awesome sauce’,” but he could not explain. It is too nebulous to nail down with words. He merely knows it when he hears it. 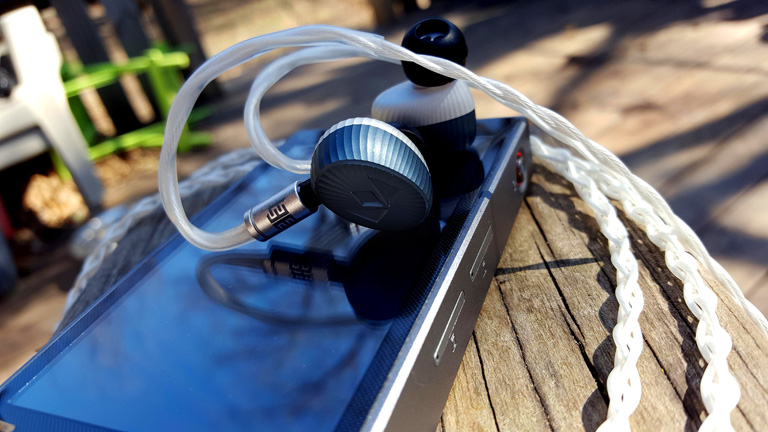 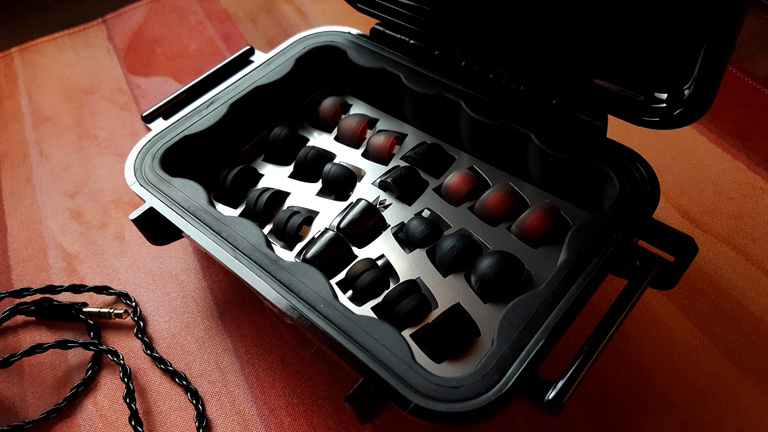 The ergonomics are quite good, while unusual. It is comfortable, but due to its unique shape, some cables struggle to work well with the Encore. I have the ALO Reference 8, which has angled 2-pin connectors. These hit my lobes, making it impossible to get Encore good and deep inside my ear. They are constantly falling out. The plusSound X6 T-Metal works better, but honestly, the cable which delivers the most comfort and best fit is the one I built: 4-strand 26AWG OCC SPC Litz terminated for balanced. It’s light and easy, and the ear loops are large enough not to interfere with Encore’s seating.

Being forged of metal, you can expect some weight. Next to my U12, they are huge, and very heavy. And yet, I say again, still comfortable, for all that. Not U12 comfortable, but not far off, either. 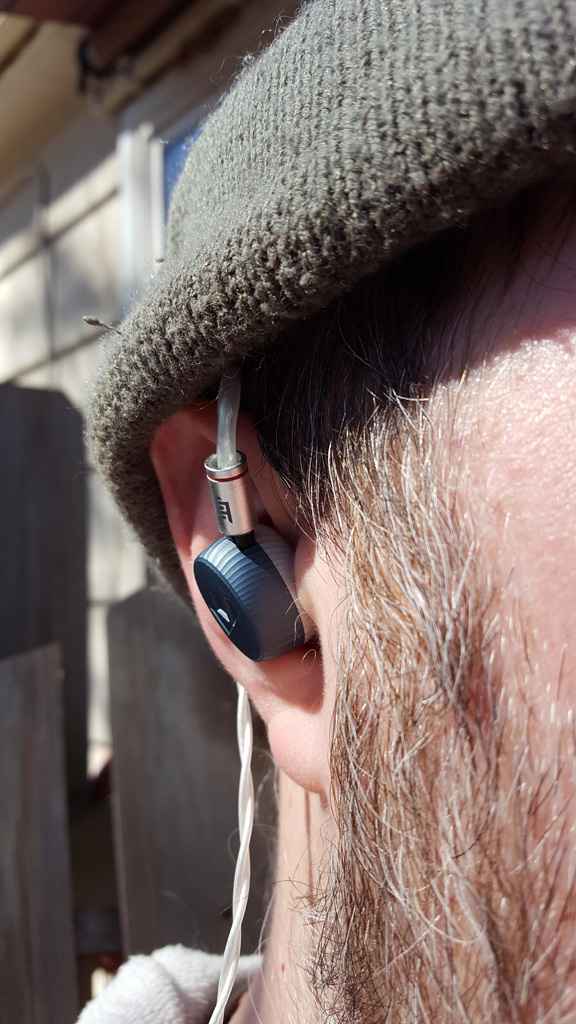