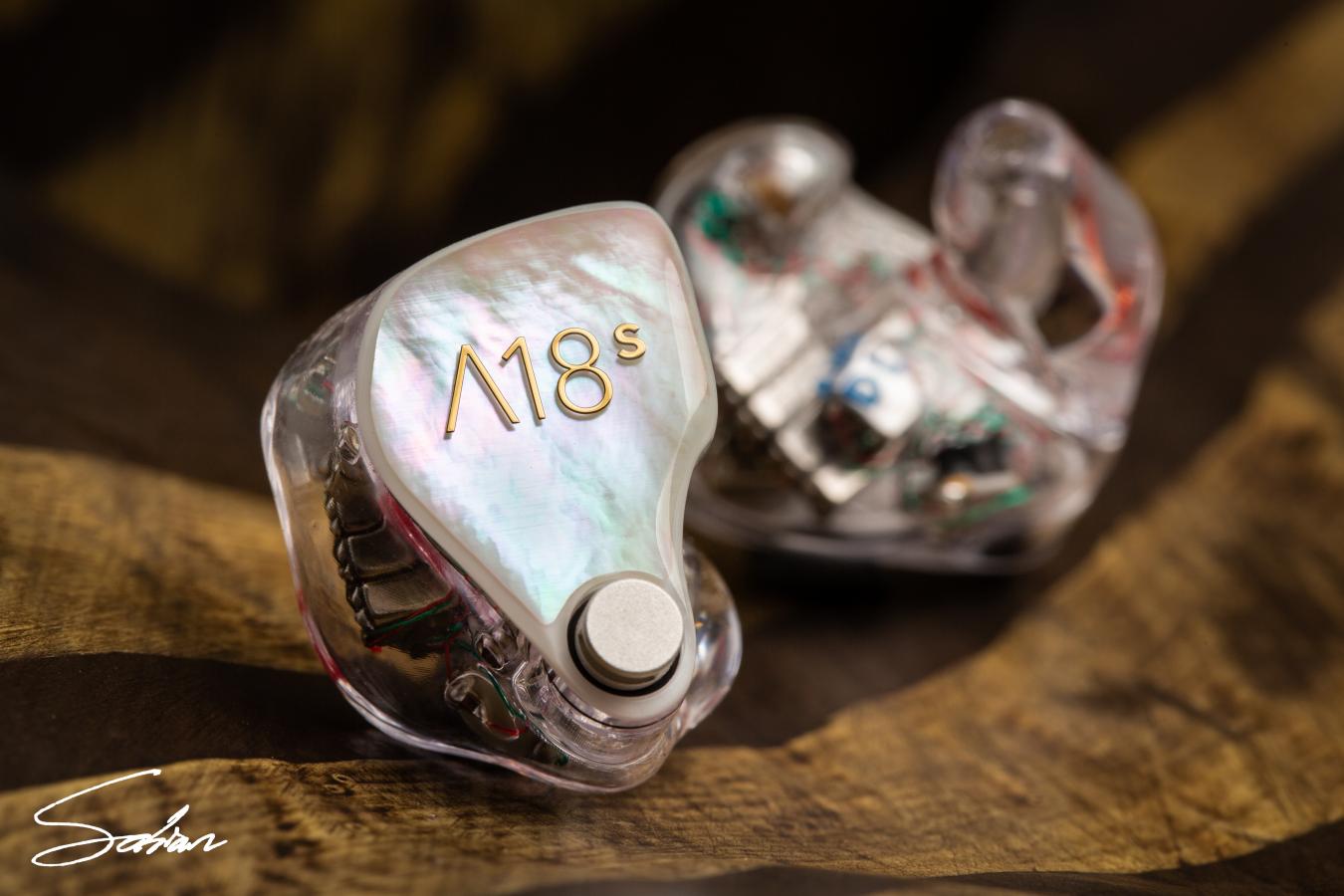 DISCLAIMER: 64 Audio provided me with the A18s in return for my honest opinion. I am not personally affiliated with the company in any way, nor do I receive any monetary rewards for a positive evaluation. I’d like to thank 64 Audio for their kindness and support. The article is as follows.

Whether to the keen enthusiast or the working musician, there are few names as big in the world of in-ear monitoring as American-made 64 Audio. Through unceasing innovations in performance, comfort and fit, the Washington-based brand have established themselves as an industry mainstay. And, with entries as unique as fully-tubeless hybrids and 18-driver behemoths, they’ve become a constant source of intrigue for the community as well. Today, we’ll be taking a peek at 64’s latest: A refinement of their renowned A18t with all-new drivers, a more studio-set sound and LID technology – the A18s.

While the s sports the same number of armatures as the original A18Tzar, 64 Audio have completely revamped its set-up with new drivers for the bass and midrange; that tia tweeter being the only commonality between them. Another change would be the integration of LID Technology. LID (or Linear Impedance Drive) corrects the impedance of the monitor, so it’ll maintain a consistent signature, no matter the source you plug it into. I believe it has great potential in certain scenarios; professional ones, especially. But, we’ll delve much further into LID – including its pros and cons – in the full A18s review.

The A18s has what I’d term a bold neutrality, wherein its frequency curve is transparent – or reference-grade – in balance, positioning and coherence, but with an oomph to it; a fuzz, almost, that endows notes with body, density and weight. The A18s’s in particular is rooted in its centre-mids (around 2kHz), which lends size and substantiveness to the likes of horns, pianos and medium toms. Relative to the A18t, the s’s low-treble is also pulled back a hair, giving up some of its tizz for a more linear, unexcited tone. Thankfully, it isn’t at much cost to technique. The A18s boasts a clean, open stage with even greater depth than the Tzar, due to the s’s calmer transients. It may not be as clinical a separator, but many should enjoy the refinement – effortlessness – it gifts in return, especially pros looking for long-lasting, non-fatiguing clarity on the job.

The A18s’s bass will obviously depend on the apex module you’ve chosen to pair with it. But, for the purposes of this First Look, we’ll be sticking with the m20 that it came default with. In that config, the lows hover above neutral in quantity, and they’re full-sounding – fairly big and fat – in tonality. Though they won’t necessarily match the visceral oomph of a quality dynamic driver, they’re capable of superb slam when called for. Otherwise, they’ll remain nicely controlled while infusing natural amounts of warmth to this monitor’s mix. Now, the A18s prioritises mid- over sub-bass, with a soft decline below 60Hz or so. So, it won’t dole out earth-shaking, skull-rattling lows, necessarily. But, again, these armatures will have more than enough presence and power to satisfy most, and, at the same time, deliver a natural, organic, yet resolving tonality.

As previously mentioned, the A18s’s midrange has a fair amount of body to it; a meatiness rooted in its 1-3kHz elevation. Instruments will feel denser, more solid and substantive, which’ll help sell the weight and presence of male vocalists or a low-tuned snare drum, for example. Compared to its Tzar counterpart, the A18s brings out more of the lower harmonics as well. This’ll be ideal to those who may’ve found the Tzar a hair top-heavy, and I find it’s more natural-sounding from an engineering perspective as well. Thankfully, it’s not been elevated to the point congestion or sluggishness. It’s still a crisp, detailed midrange. The s dips slightly as it hits the upper-mids, losing a hair of vibrance and zing to the Tzar. Pianos won’t glint as bright, nor will horns feel as lively. But, for engineers, this may be closer to neutral. So, it’ll be up to your use-case.

The highs are where the A18s most clearly departs from its Tzar counterpart. While the latter tends to show a certain tizz – a sizzle with sounds like cymbals or hi-hats – the A18s is audibly more reserved when it comes to sparkle. Its transients aren’t as forthcoming, and edges aren’t as raw too. But, don’t mistake this for roll-off. The A18s still articulates as cleanly as any reference monitor. It just doesn’t make as big a deal of it now. In a good mix, a snare will have equal-parts crackle and body, and toms will have as much skin-thwack as they’ll have shell-booms. That may not be preferred by lovers of the Tzar’s sharp, clinical edge. But, on the other hand, those put off by its treble should find the A18s’s much more palatable, especially over long, strenuous sessions like a live-performing or live-mixing scenario. Still, even with its smoother edges, this A18 boasts top-class extension for its clean, open imaging, as well as a natural tone for confident mixing at all times.

Now, comparisons between the A18t and the A18s have been peppered all throughout the impressions above. But, here are a couple tidbits I’d like to add regarding space and timbre. You’ll hear crisper, cleaner edges with the Tzar, while the s cuts some of it back for a more balanced sig. While the t’s stage isn’t larger per se, its recessed lower-harmonics do make instruments seem further away from each other, so it can be perceived as roomier. Tonally, the A18s, to me, comes off a lot more even-handed, linear and engineer-suited. Its rebalanced low-mids and highs hand it a more effortless character – not as bright, glitzy and bite-y as the Tzar – and instruments, as a result, will come across better-rounded, fuller-bodied and transparent. This is where I’ll end it for now, but do look out for the full comparison in the A18s review coming soon.

FiR Audio’s M5 is a flagship still within the vicinity of neutral, but one that, at the same time, prioritises dynamism, energy and clarity as well. Coming off of the A18s, it almost comes across a tad v-shaped. Its midrange at 2kHz isn’t as forwardly as the s’s, and it peaks at 6-7kHz where the A18s dips. This gives its instruments a crisper, brighter leading edge, with not as much body by comparison. Though, it’s never a monitor that comes across thin or unbalanced either. Again, all of this is just relative to the A18s. This tighter tone gives the M5 a more explosive, punchy snap than the A18s, as well as cleaner separation; ideal for clinical analysis. And, it also utilises the headroom achieved from its lower-mid dip for a gutsier, DD-driven sub-bass. So, go to the M5 for tight, fast, dynamic audio, and this A18s for naturalness, linearity and detail as well.

Relative to the Wraith, this A18s is instantly fuller down low. It has a more present mid-bass with bigger, thicker, warmer-sounding hits, while the Wraith’s remains strictly neutral. There’s a pretty substantial difference in tactility and physicality as well, which puts the A18s ahead for genres like EDM, as well as delivering the fullness of toms and double basses. The two monitors are a lot more alike in the mids; elevating towards 2kHz before a steady fall to 6kHz. But, both the Wraith’s rise and declines here are stronger than the A18s’s, which gives it a thicker, chestier timbre, and the A18s a less coloured one. Up top, you’ll hear more air and cut out of the A18s, while the Wraith goes a touch softer, but is quick and clean still.

The A18s and ELYSIUM share similar, neutral-natural tonalities that come across balanced, whilst championing musicality at the same time. Spatially, both in-ears portray a similar capacity for width, while the ELYSIUM comes off a touch deeper from its less-forwardly centre-midrange, as well as its brighter treble. Images are rendered with a tad more crispness on the ELYSIUM, while the A18s is the more relaxed and uncoloured of the two. Down low, the latter is also meatier; heftier. The snare on Nathan East’s Lifecycle, for example, is rendered with more weight and oomph. By comparison, it’s snappier and lighter on the ELYSIUM. Finally, in terms of midrange texturing, the ELYSIUM just edges it in vividness to me. But, the A18s would still be the stronger pick if you wanted a fuller, chestier tone, while the ELYSIUM is for fans of breeze and air. 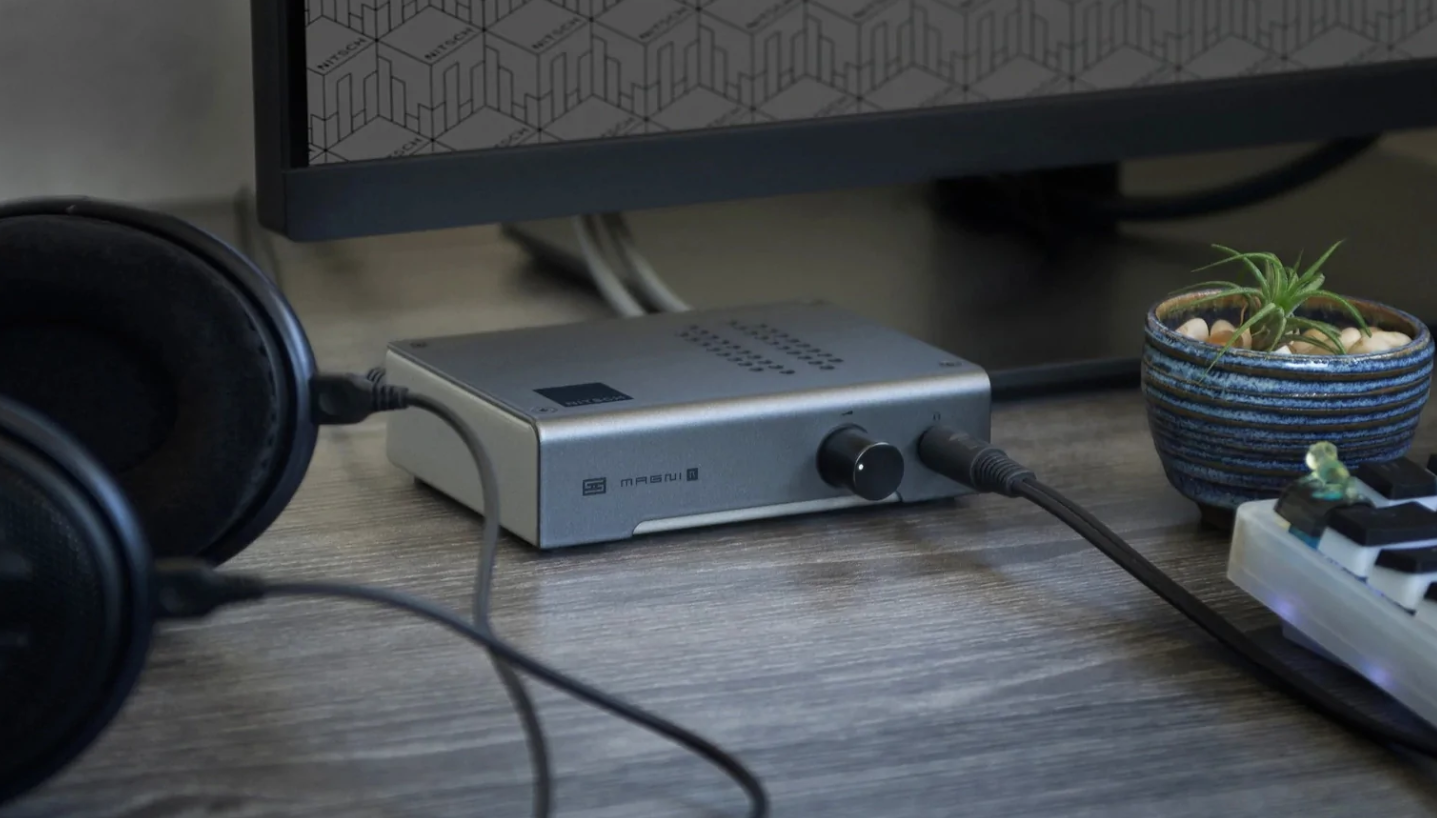 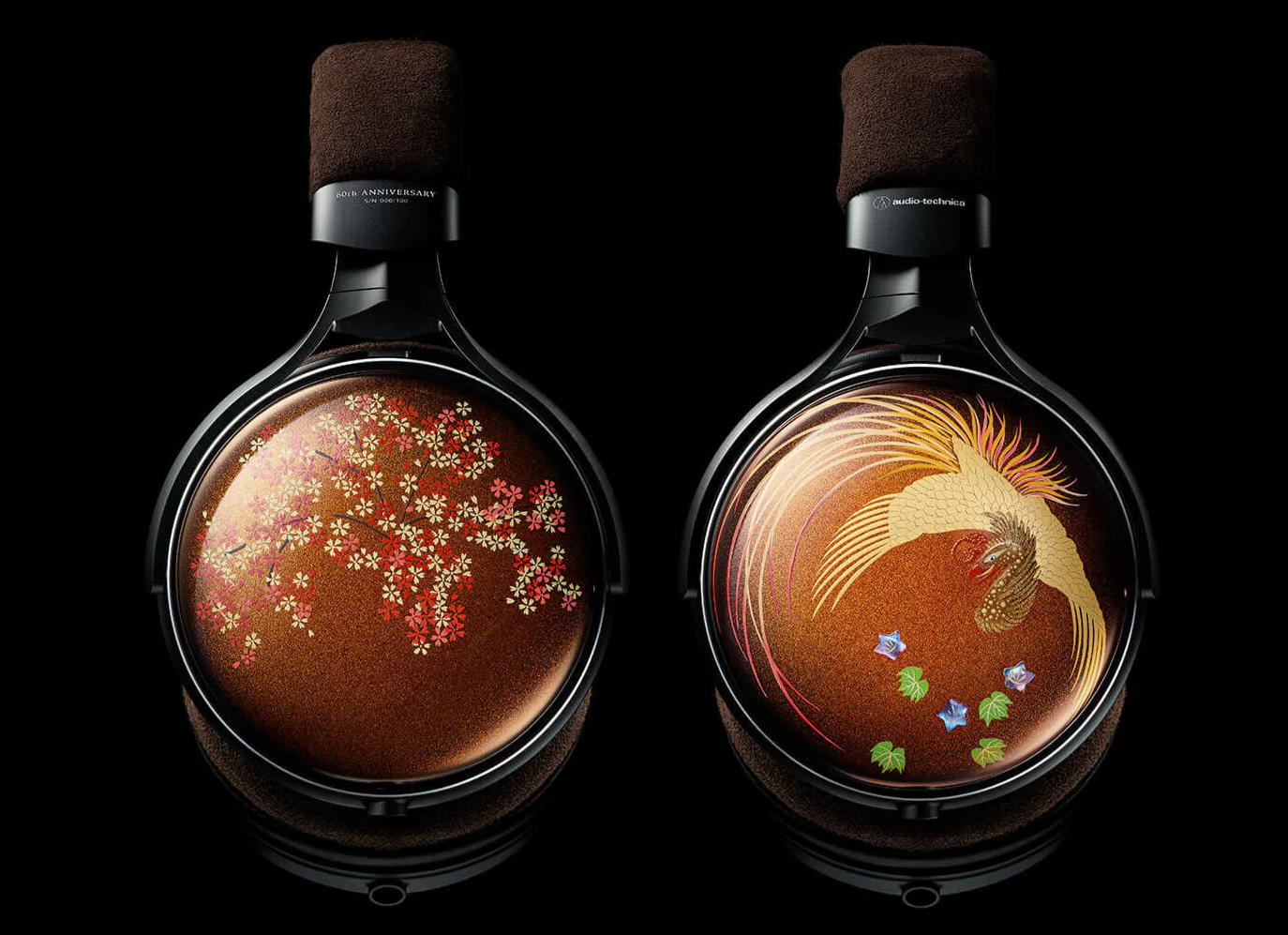 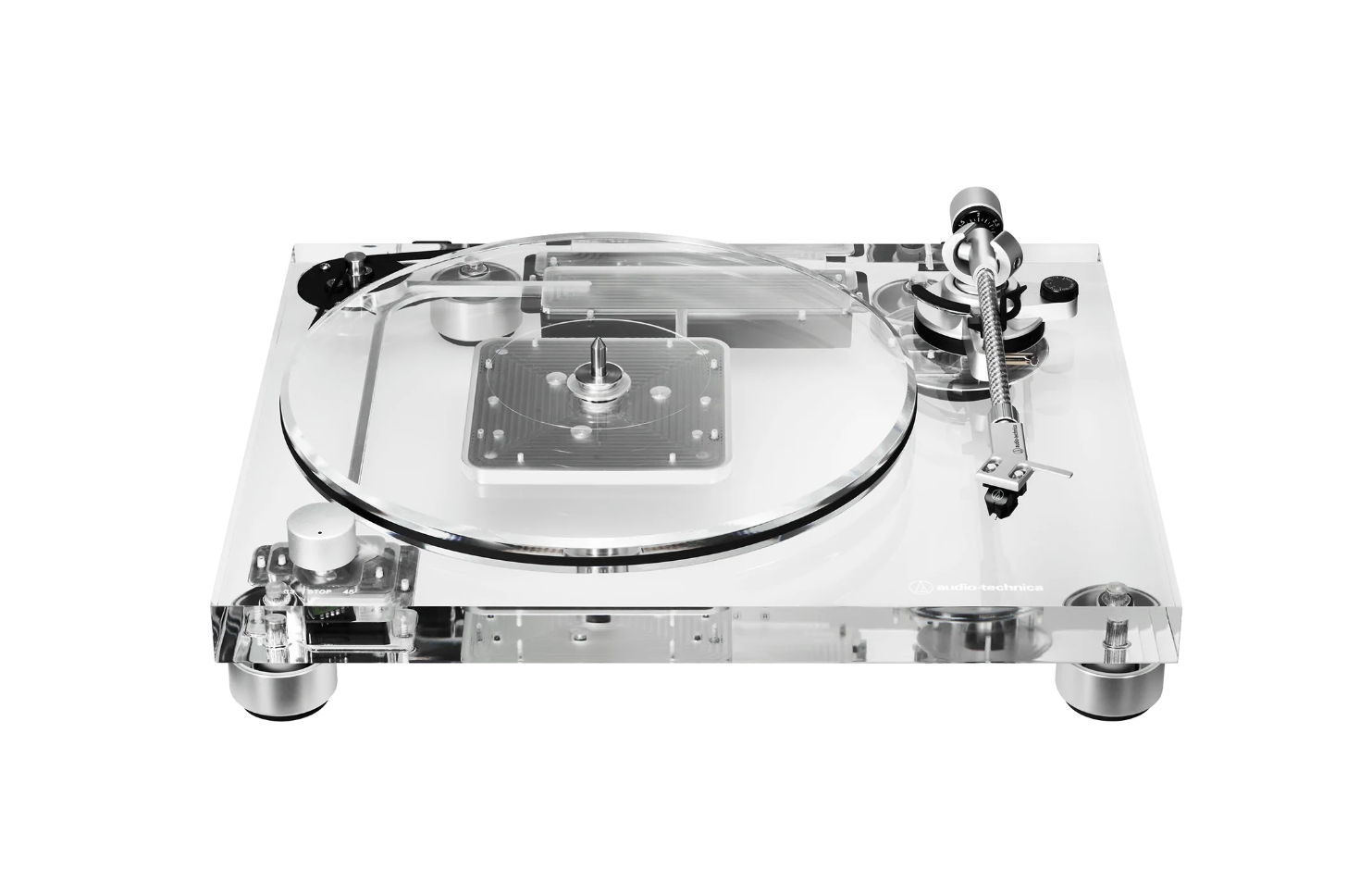