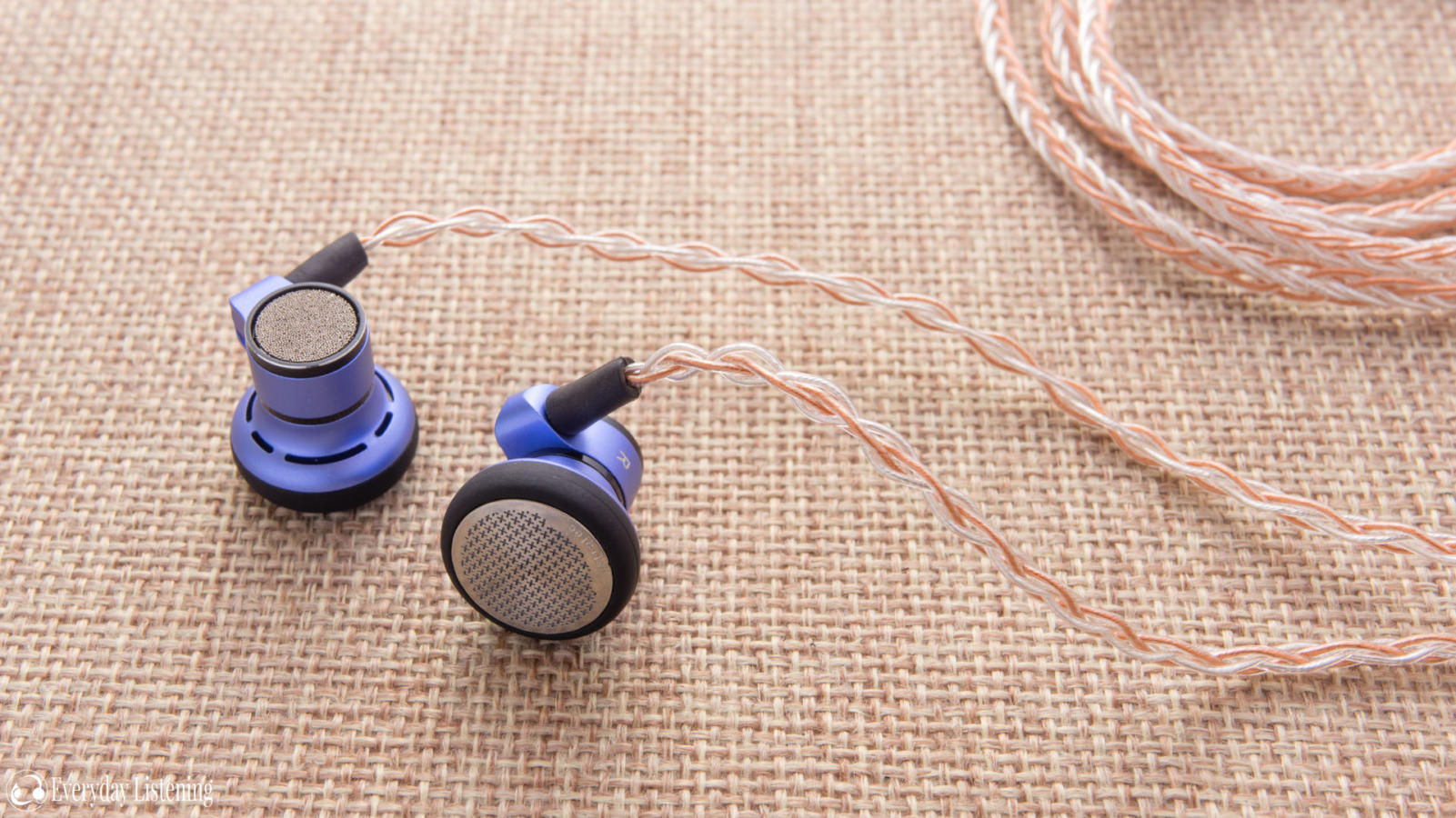 Rose Masya ($110): The Masya doesn’t fit as well as the Lyra Collection due to its larger housings that sit shallower in the outer ear, but its design is just as distinct. The Lyra also has a far better cable as the unit on the Masya is quite tacky and thin. That said, the Masya’s cable is very supple and removable, a feature that the Lyra, and most earbuds in general lack.

The Masya produces slightly more bass extension with greater deep-bass emphasis. As a result, the Masya has more bass impact, but it has a very neutral if slightly attenuated mid and upper-bass presentation granting it a cooler tone overall. As such, the Lyra sounds fuller and more defined but the Masya does sound cleaner and more transparent if lacking density.

The Masya has much more midrange clarity at the cost of timbre; it’s just a little thin, bright and forward. The Lyra is more balanced but also a lot mellower; where the Masya is exceptionally revealing and clear, the Lyra is laid-back, warm and smooth. As the Lyra is more evenly weighted, it has notably more lower-midrange presence and body. Upper mids are slightly more present on the Masya, but similarly thinner than the Lyra. Clarity is excellent, but the Lyra’s sound is more natural and carries more detail even though it is more laid-back.

Treble is an interesting affair, the Masya is more aggressive and almost as well-extended but a lot less linear. The Masya has a neutral lower-treble response that offers slightly more attack than the Lyra. However, details are thin on the Rose earbud and the Lyra retrieves a lot more information. This is followed by a notable middle treble emphasis on both earbuds, the Masya especially so. Resultantly, both have a focus on air and space, but the Lyra is more balanced and more natural. The Lyra also has a little more extension, retrieving more micro-detail even though it isn’t as forward in its presentation.

Both the Masya and Lyra create huge soundstage presentations. The Masya has a slight edge in terms of width but lacks the depth of the Lyra. Most notable is imaging, the Masya sounds diffuse due to its thinner sound, lacking the foundation of the Lyra. As a result, the Lyra sounds a lot more coherent but the Masya does sound hugely separated. These are two different presentations, but ones with clear traits that enhance similar qualities. And though considerably more expensive, the Lyra does offer the refinement, balance and coherence that the Masya lacks.

Shozy BK ($160): The BK is smaller and has a slightly deeper fit. Both have excellent cables, but the unit on the Lyra is suppler. The BK’s plastic Yuin shells don’t offer much competition to the custom fabricated aluminium housings on the Lyra.

The Lyra has better sub-bass extension and delivers more impact as a result. It also sounds slightly tighter and more linear where the BK has a small mid-bass hump with relatively attenuated sub and upper-bass. As such, the Lyra is more defined and separated within the lower-frequencies but also tubbier due to its greater upper-bass emphasis. The BK is also a little faster and similarly well controlled so it sounds just as articulate if less dynamic.

The BK has a similarly balanced midrange, but lacks the added density of the Lyra. As such, it is more transparent and often a little more defined. It has slightly more lower-midrange presence and clarity on account of its more reserved upper-bass that mitigates spill and excessive colouration. By comparison, the Lyra Collection has a fuller lower-midrange, but also has higher resolution and better separation. That said, the BK sounds a little more focussed where the Lyra may be slightly too warm for some. Upper mids are more comparable, the Lyra has a little more presence but is slightly smoother and more laid-back.

Both have similar clarity, the BK sounds slightly more transparent due to its lesser upper-bass colouration and more neutral lower-treble. As a result, the BK has more treble attack but the Lyra Collection is easily the more detailed earphone. The BK also lacks a lot of the extension of the Lyra, smoothing off quickly after lower-treble. The Lyra resultantly has a lot more air and separation, it also retrieves a lot of background detail that the BK glosses over.

This culminates to a rather single-sided soundstage comparison. The Lyra is more spacious, more precise in its placement and more separated. The BK does have a little more midrange separation due to its higher transparency, but it lacks the end to end extension and resolution of the Lyra. Of course, it is just over half the price, but the Lyra offers more technical ability and much higher build quality without compromising the wonderful tonal balance of the BK.

The Lyra Collection is the most expensive earbud I’ve ever reviewed and easily one of the most premium models on the market. Diminishing returns is definitely in full effect, but there’s no denying that the Lyra delivers a strong performance; with much of the musical charm earbuds have become renowned for realised through great technical aptitude. The Lyra Collection also features a stunning build that matches and exceeds the meticulous machining of corporate giant 1More.

However, though very balanced and refined, the Lyra Collection does have some qualities that compromise transparency. Most notably, they have some upper-bass emphasis that makes their midrange quite full-bodied, and their smoothed-off lower-treble may lack some bite for clarity lovers. And, though undoubtedly outstanding amongst earbud, their comfort and cavernous soundstage will likely be their greatest asset compared to more resolving in-ears around the same price.

Verdict – 8/10, The Lyra Collection features a balanced sound and class-leading build. Though very price prohibitive, it is the most extended, detailed earbud I’ve tested yet and I don’t expect that to change in the near future.