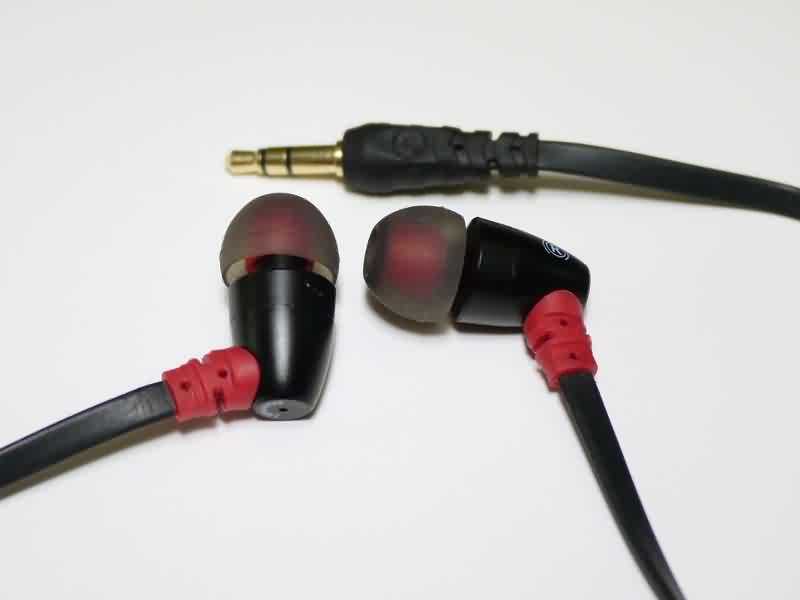 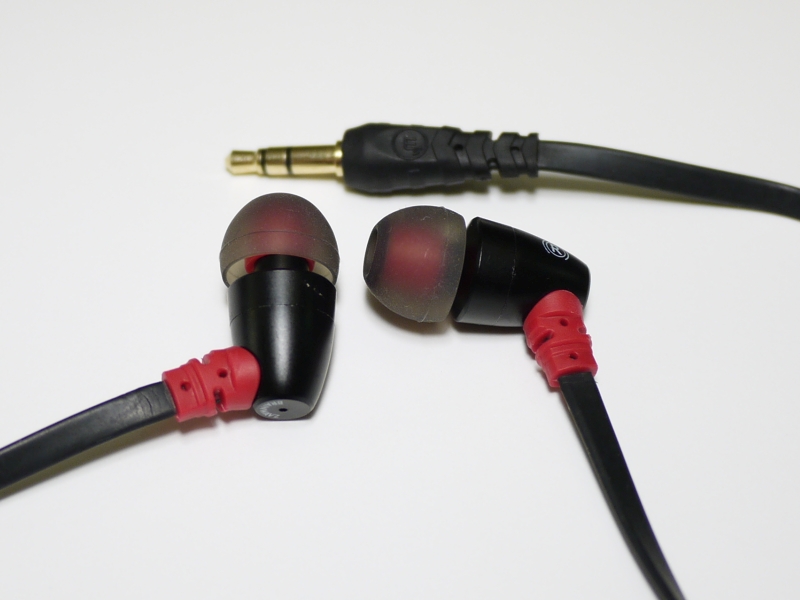 Accessories (4.5/5) – Standard single-flange (3 pairs), hybrid-style single-flange (3 pairs), double-flange, and triple-flange silicone tips; Comply S400 foam tips; and sturdy zippered carrying case
Build Quality (4/5) – The S0 is well-made, with metal housings and sizable strain reliefs protecting its tangle-resistant flat cable. The y-split is less bulky than on the higher-end S1 and S5 models, but doesn’t seem any less protective
Isolation (3/5) – Average, but more than sufficient for day-to-day use
Microphonics (3/5) – Bothersome when worn cable-down; improved with over-the-ear wear
Comfort (4/5) – The S0 uses a conventional straight-nozzle design and has average-sized, lightweight housings. Despite the flat cable, it can still be worn cable-up comfortably

Sound (7.5/10) – Slotted below the S1 and S5 models in the company’s extensive IEM lineup, the Brainwavz S0 is a mid-range earphone with a mildly v-shaped sound signature. The bass is boosted, but by a more moderate amount compared to the Brainwavz S1 and S5, both of which pack greater bass impact and depth. The S0 has more reasonable bass quantity, which allows it to maintain pretty good quality. For instance, it is neither as bassy nor as boomy as the pricier UBSOUND Fighter or the Nuforce NE-600X (one of my top picks among entry-level bass-heavy IEMs).

Bass depth is good, too – much better than with the similarly-priced Brainwavz M1. There is a bit more mid- and upper bass than I would like, however, which doesn’t do the performance any favors – it doesn’t create a ton of impact, yet affects clarity in the midrange. The S0 is still not as warm and muffled as the UBSOUND Fighter and its midrange tends to be clearer and more detailed compared to both the Fighter and Nuforce NE-600X. However, the clarity difference is smaller than may be expected considering how much bassier the Nuforce unit is. Clarity ends up being similar to the older Brainwavz M1, a smoother, darker, more mid-centric earphone, and doesn’t quite keep up with the brighter, more v-shaped S1 and S5 models.

At the top, the balance of the S0 again falls between the more v-shaped S1 and S5, and the smoother M1. The S1 and S5 are both brighter and slightly less forgiving, but the highs of the S0 are still a little sharp and metallic despite not being overly bright. On the whole, treble quality is similar to the Nuforce NE-600X – both have some treble edginess, and just which earphone is smoother varies from track to track.

The presentation of the S0 is quite capable – a good-sized soundstage that’s well-rounded in terms of width and depth. Separation is good as far as the clarity allows – the M1 model, for example, lacks the soundstaging prowess of the S0 thanks to its more mid-forward tuning, which makes its presentation seem a little compressed in comparison. The Brainwavz S5, on the other hand, is significantly more dynamic, with its deeper bass and more extended treble, and has superior depth and imaging as a result.

The strengths of the Popular – as well as T-Peos’ numerous other entry-level earphones – are clarity and bass control. On both counts it is ahead of the Brainwavz S0, which is tuned for a warmer and more bass-heavy sound. The Popular is more balanced on the whole, largely thanks to its tighter, less emphasized low end. The Popular lacks the mid-bass boost of the S0, which in turn makes its deep bass seem a little more prominent. Its sound is thinner overall, however, and the brighter treble is more prone to harshness and sibilance than that of the Brainwavz.

The S1 is the next model up from the S0 in Brainwavz’ lineup. In this case, the lower-end earphone sounds more balanced while the pricier S1 suffers from more recessed mids and stronger, harsher treble. The S1 has noticeably more bass depth and impact and a more v-shaped sound signature with sharper treble and more withdrawn, less full-bodied mids.

At first glance it seems that the S0 should be the more Hi-Fi earphone of the two – it has lower overall bass quantity, less midrange recession, and smoother highs. However, the S0 also has a more audible mid-bass hump, which negates all benefits of a less bass-heavy sound signature and results in slightly boomier bass and mids that are more veiled compared to the S1, making the higher-end model preferable, at least to me.

The Alfa Genus is a variable-sound earphone with three sets of interchangeable nozzle filters supplying the different sound tunings. I chose the more balanced-sounding “gold” filters for this comparison, as the bass-heavy black filters are similar in sound to the Brainwavz S1.

With the gold nozzles in place, the Alfa Genus sounds flatter and more balanced than the slightly v-shaped S0. The Brainwavz’ mid-bass boost is very noticeable, making it sound bassier and boomier in comparison. However, even without the extra bass, the Alfa Genus doesn’t sound thin or lacking in body in comparison. It is clearer and smoother, though, while the S0 is more veiled through the midrange and harsher up top.

Value (8/10) – The entry-level model in Brainwavz “S” series, the S0 is a more balanced-sounding alternative to the slightly pricier S1 model. Like the S1, it boasts metal housings and flat cables, but with a more conventional form factor that should be friendlier towards first-time IEM users. The dynamic drivers deliver a mildly v-shaped sound signature with ample bass, treble that’s neither too bright nor too dull, and a well-rounded presentation. With that said, for those who don’t mind a more v-shaped sound signature I’d recommend making the jump to the higher-end S1 model for only a couple more bucks.

Pros: Nice carrying case and eartip selection; solid construction
Cons: Some microphonics when worn cable-down; not quite as clear as the higher-end Brainwavz models