The Focal Utopia was received on loan from hifisolutions.nl.

Focal is a renowned speaker manufacturer, so they made waves when they announced their foray into the headphone world. And not without success, for the Utopia instantly made a lasting impression in the headphone community, being bombarded as the new headphone ‘to beat’. I’ve managed to keep my distance from the headphones so far, but a friend’s persuasive praise for the Utopia got the better of me. An additional factor that pushed me over the line, was the Utopia’s efficiency. One of the most important reasons for staying away from headphones has been the additional hassle of dealing with external dacs, as I’ve always been a strictly portable listener and rarely listen at home. But since the Utopia can even be powered by daps (at the bare minimum at least), I was left without excuse. However, take into consideration that listening was done via the A&K SP1000 Cu.

The Utopia seems somewhat confused in its identity, albeit in a rather endearing way. It isn’t particularly spacious in overall dimensions, baring closer resemblance to an iem than a traditional headphone. Similarly, its instrument and vocal size is pretty close to neutral. They have sufficient body, without sounding overly full – again, for an iem. But where it surpasses its miniature counterparts, is its resolution. And although its stage might not be especially large, its quality again supersedes that of an iem: the background blackness, sense of depth, and precision in layering. The Utopia is a headphone that grew up deciding it would be the best possible iem it could be, and absolutely nailed it. The result is a somewhat condensed, but perfectly crystalized image.

Admittedly, when I initially heard its bass I was somewhat disappointed by the extension, which could be better. As a result, the sub-bass is not exceptional in terms of visceral impact. However, this eventually made place for a newfound respect for the control, speed, and especially resolution of the mid-bass. And make no mistake, the mid-bass is punchy and impactful, so this is an engaging bass by any means. But it especially shines with (fast) bass-lines. The resolved bass notes are a delight to listen to, while laying a foundation for the rhythm of the music. It’s a somewhat technical presentation of the mid-bass in terms of speed and decay, but executed in a musical way due to its resolution and tonality. In addition, the tight response and quick decay plays an important role in maintaining the airiness of the stage, which contributes to its top notch separation despite the relatively limited space. 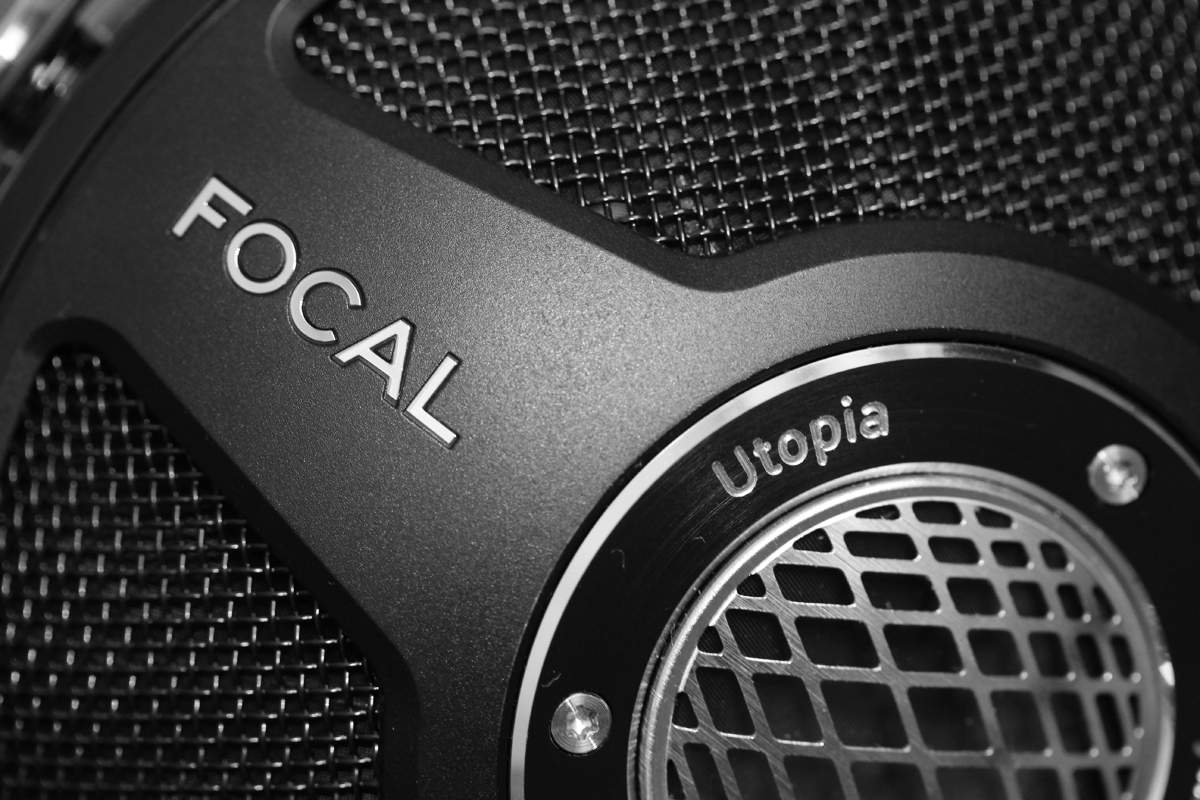 When it comes to tone, I’ve heard mention that the Utopia has been referred to as the (64 Audio) A18 in headphone form – a proposition I am inclined to agree with. And not without reason, for both the A18 and Utopia combine enhanced upper mids between 2-4 KHz, with a lower treble peak around 6-7 KHz. As a result, the lower treble is a bit forward with an aggressive bite, but tonally beautiful. But most of all, it gives a melodious coloration to the pronounced upper mids (the “ooh’s” and “aah’s” of a background choir light up the stage spectacularly). Overall, there is a euphoric quality derived from its upper mids, which undoubtedly served as inspiration for its name. I wouldn’t necessarily classify it as natural per se – but that doesn’t mean it doesn’t sound good, for it truly does. But much like the A18, it’s a type of sound that steers me towards electronic or pop music, as more than anything synthetic melodies capitalize on those brighter and energetic upper mids. Especially since the matching treble notes are not only high in definition, but quick in decay. And importantly, the Utopia outclasses the A18 when it comes to its presentation: its resolution, and the overall focus of the image.

The Utopia’s vocal presentation is pretty neutral, with a sightly laid-back stage positioning. Especially male vocals are a bit on the leaner side, although they maintain a sufficient amount of density to sound focused, rather than thin or diffused. Nevertheless, in terms of tone, body, and forwardness, the Utopia wouldn’t necessarily classify as a vocal specialist, although it equally doesn’t really underperform either. Vocals perform adequately, and their laid-back position puts them right in the center of the stage, effectively enhancing the sense of three-dimensionality. However, especially male vocals could sound a touch warmer to sound natural. In addition, there can be traces of sibilance in sensitive tracks, although I wouldn’t generally describe it as harsh by any means.

Brief comparison: Mr. Speakers Ether-C
As it happened, I just demoed a Mr. Speakers Ether C driven by a Burson V2 right before testing the Utopia. Probably anybody that has heard it can attest to the fantastic bass it produces: engaging sub-bass, thick mid-bass impact, natural decay; in sum, a bass that can best be described as nothing short of delicious. Pursuant to its enhanced mid-bass, it produces especially full-bodied instruments, resulting in the full sound one might expect of headphones. But its stage wasn’t much larger than the Utopia’s, which becomes problematic. The separation suffers, as the larger notes cluster in a relatively claustrophobic space.

This perhaps best illustrates how the optimal proportion between Utopia’s note size and stage results in a highly detailed, yet sufficiently engaging sound. The Utopia is higher resolved, while sounding significantly quicker, and more agile. Its layering is more precise, and overall, the level of detail is noticeably higher. However, this still might not be enough to dissuade people that love their bass from the Ether C, as it remains a powerhouse by comparison. Besides, the Ether’s midrange is warmer, and its vocals more forward and bodied. Even so, it seems to share a similar lower treble peak, which doesn’t make it significantly smoother by comparison. 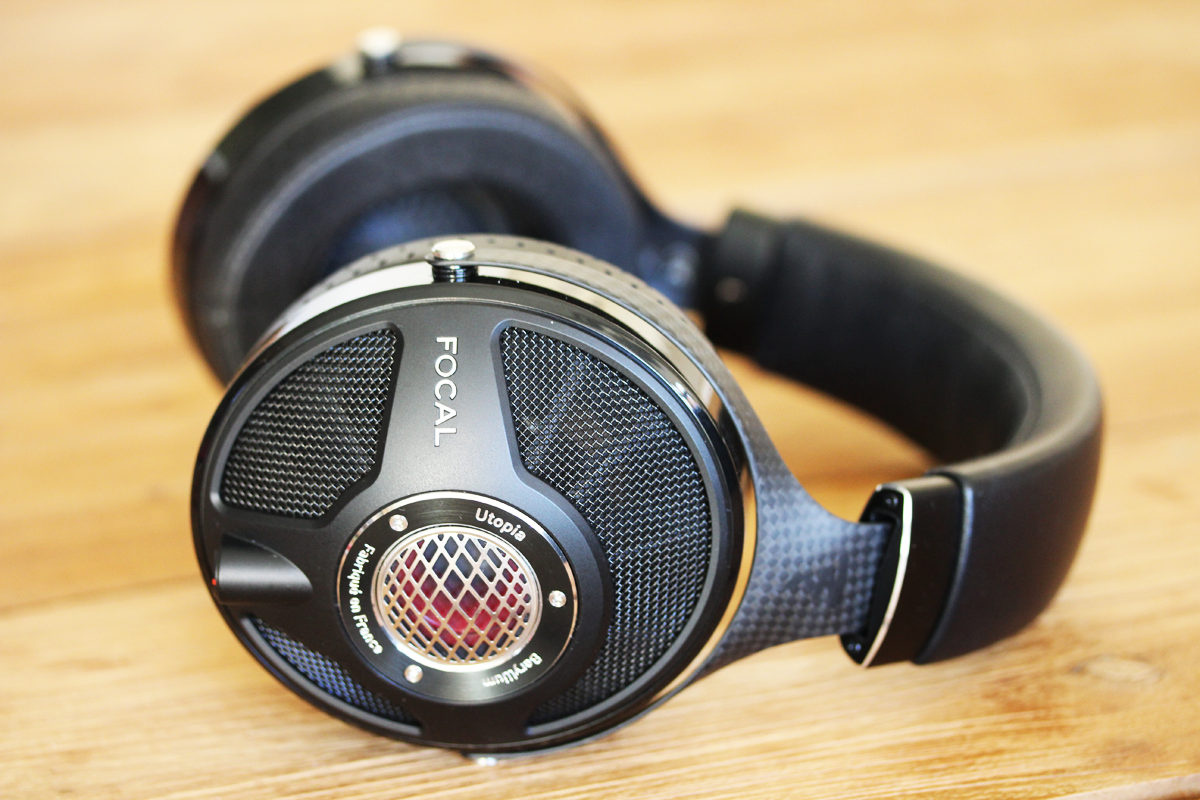 I hadn’t read up on the Utopia before listening, but picked up a few tidbits of information here and there. When reduced to a few keywords, the Utopia seemed to be described by its high resolution, bright tone, and most frequently, its intimate stage. Admittedly, I was warned beforehand – several times – but I wasn’t disappointed by its stage. Naturally, people tend to appreciate the large space a headphone has to offer. But from my experience, even though a traditional headphone might offer a substantially larger stage, not all of that space is used. Oftentimes, it’s as if there’s a corridor around your head with empty air, and the placement of instruments only start beyond that point. So the perceived space might be larger, the employed space isn’t necessarily. Furthermore, in an attempt to create that space, the resolution and imaging drops.

So yes, Utopia’s stage dimensions are not particularly large, and can even roughly be matched by some top-tier iems. But the precision within the stage is uncanny. Not only does the Utopia provide an exceptionally black background, the contrast is increased by the resolved and slightly brighter notes. And by keeping the note size proportionate to its dimensions, Utopia doesn’t require a large stage to feel spacious – its separation is exceptional. Especially since its resolution, and accordingly, precision of imaging, is so high, you never feel you are missing a single detail. The Utopia simply trades a large, but diffused stage, for a compressed, but highly focused stage. It really just comes down to one of those quantity versus quality tradeoffs, where I could easily live with the latter. But of course, my own brain has been conditioned for iems over the years.

Furthermore, the Utopia has the practical advantage of being driven easily, which was a primary factor of interest for me personally – even though I have no doubt it will scale up with better sources of course. Overall, the Utopia can be considered an engaging headphone, with a stimulating and exciting signature, due to a slightly brighter tonality. But when driven with a smoother source such as the A&K Ultima Cu, it didn’t come across as harsh or bright. It could be a bit warmer to sound completely natural, as could its vocals be a touch more forward – but there’s undeniably a certain magic in Utopia’s euphoric and fast-paced sound.