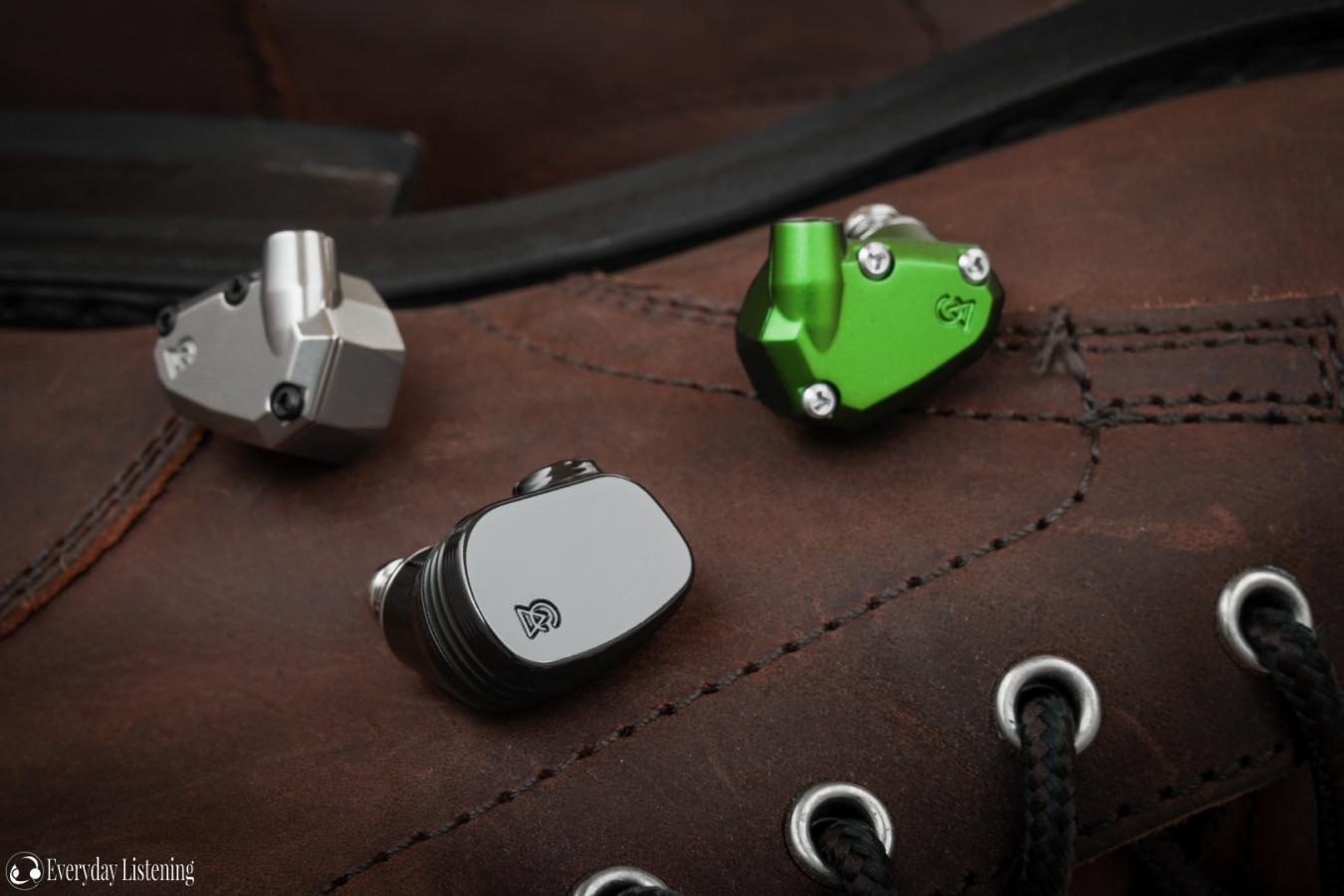 As others have said, that 20% volume reduction is only really appreciated when the earphones are fit – the new Solaris feels completely different in the ear. Where the original hovered outside my ears, the 2020 actually sits inside so the fit is much lower profile and slightly deeper, certainly less cumbersome and more stable. For long listening sessions, they are an evolution. To my eyes, the gold faceplates of the original are quite iconic, yet that has been exchanged for gloss black PVD faceplates that looks cleaner and more uniform. The same unique and striking shape remains so the Solaris 2020 remains a very visually captivating earphone to me.

There are rumours that there were a few revisions of the Solaris floating around out there, something I cannot confirm personally, especially due to the recent lockdown. My unit measures as above for those more invested in this debacle and, as before, 8-10KHz peaks may either not be present or become exacerbated by my measurement system. You can also see the 2020 overlayed on top where we observe some distinct changes in the tonality. Nonetheless, the net result is not vastly different, it is still firmly a Solaris earphone but I do think changes were made for the better. The 2020 is slightly more balanced overall and certainly more linear with a more accurate timbre while the original provides a higher energy sound with more contrast.

Immediately, the low-end is a little fuller and warmer. To my ears, it’s more linear and natural with less sub-bass bias. It showcases similar quantity overall in addition to similar attack and decay properties but has a smoother and less aggressive texture due to its increased fullness. Those who enjoyed the Solaris’ low-end will have a mostly familiar experience here, trading just a little energy and separation for a more natural timbre. The midrange makes most appreciable changes to me, also seeing greater linearity with a more balanced upper-midrange, in particular. The overall signature remains somewhat W-shaped, with a powerful bass, prominent vocals and crisp treble with dips between for separation. The tone also remains clean, however, there’s a little bit more body to be derived from the low-end which means that, though there’s a loss of density and smoothness in the upper-midrange, the presentation doesn’t become thin or bright. And yet, none of the truncated, nasal character of the Solaris remains here, it’s more open, extended with just slightly more emphasis on articulation producing a hint of rasp.

Highs are more natural on the 2020 too. Actually, my impressions contradict my measurements and this could be due to the insertion depth being the same for both earphones on measurement but different on my ears due to the revised design. In listening, the 2020 is smoother and more natural with a warmer treble tone and more instrument body. Like the Ara vs Andromeda comparison, the 2020 has less contrast so details in its lower-treble sounds less isolated and more integrated within the rest of the sound. As such, there’s less crispness and focus here, but overall, a more natural instrument timbre with more accurate body and slightly more fine detail retrieval. The top-end comes across to me as cleaner and more natural in both the foreground and background while upholding the same sense of sparkle at the very top and vast headroom of the original.

In terms of soundstage, those concerned the smaller housing would affect the presentation can lay those worries to rest. The Solaris 2020 actually has just a slightly narrower soundstage but it also has more stable imaging with a stronger centre image where the original Solaris is a bit more holographic with more isolated directional cues but also lacks the same refinement and linearity. I find the 2020 appreciably more coherent and a more satisfying listen, but as Subguy said above, the original is more engaging if you’re looking for a more high-energy and separated sound.