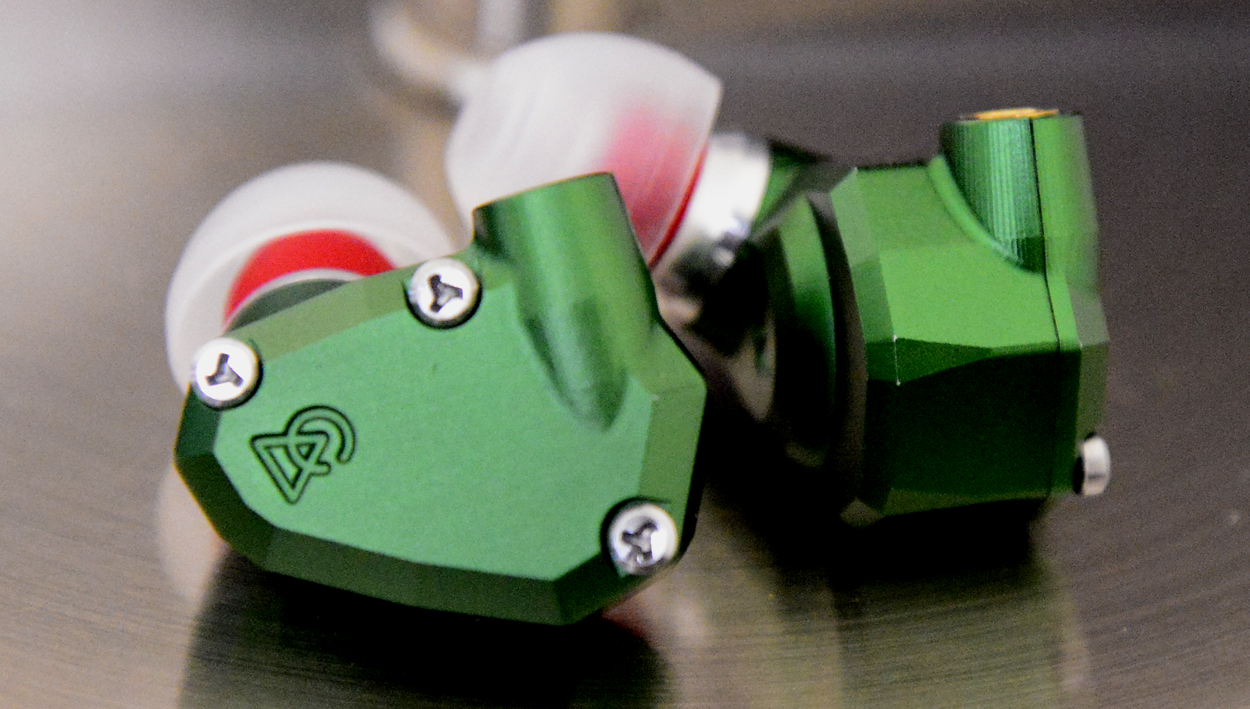 Custom Art 8.2 (€1100)
Custom Art’s revamped flagship is retuned to a smooth midcentric signature. Both iems share a similar rectangle-shaped stage, but the Andromeda’s is wider and slightly taller. Despite the Andromeda’s advantage in width, both perform equally in separation due to Andromeda’s thicker notes. The 8.2 has a more powerful sub-bass, as well as a warmer mid-bass presentation. In addition, the 8.2 has a slightly more natural bass decay.

Both share an inherently warm midrange, capable of conveying emotion in vocals. Vocals sound similar in density and overall size. The 8.2’s upper midrange is slightly thicker, while Andromeda’s is slightly brighter. This gives Andromeda a slightly clearer and more open sound, while the 8.2 is smoother with a relatively more uncolored upper midrange. Similarly, Andromeda’s treble is more prominent and thicker, while the 8.2’s is relatively laidback, warmer in tonality and generally more non-fatuiging for sensitive listeners. Overall, Andromeda sounds clearer with more prominent treble, while the 8.2 has a warmer and smoother mid-centric signature.

Lime Ears Aether  (€1150)
Lime Ears tuned the Aether with a focus on naturalness, and as a result the Aether offers a pleasing variation of neutral. Both share a very nice stage, although Andromeda’s is wider, while Aether’s is deeper. A variable bass switch is a nice bonus that allows you to adjust the bass from light to full-bodied, and has slightly more or less mid-bass than Andromeda depending on the setting. Andromeda’s bass is however better defined, with Aether having similar bass resolution but less impact in the low setting.

Andromeda’s midrange has more body, while the Aether’s is slightly more distant in comparison. While Andromeda’s midrange has thicker notes, Aether has more presence in the upper midrange. This also gives the Aether’s midrange more air, with a slightly more accurate tonality for string instruments and pianos. The Aether sounds very natural, which is further exemplified by its smooth treble. It isn’t completely laidback, but less prominent than Andromeda’s. Andromeda in turn offers more sparkle, as well as thicker treble notes.

EarSonics S-EM9 ($1490)
Andromeda has a slightly wider stage, but the S-EM9’s is deeper. Due to Andromeda’s thicker note presentation, the stage placement is relatively full. The S-EM9’s stage feels slightly more intimate, but the combination of leaner notes with greater treble extension and an airier stage gives it a cleaner sound. Simply said, Andromeda comes at you strong with a full-bodied sound, while the S-EM9 has a more delicate but refined presentation. Andromeda’s full sound makes it engaging, while the S-EM9’s better definition and separation gives it a different type of musicality, sounding very detailed without resorting to a brighter signature.

Both share a similar sub-bass, while the S-EM9 has more mid-bass impact, and its mid-bass is more resolving. However, Andromeda’s tighter bass is overall slightly quicker. While the S-EM9 scores points for its bass, Andromeda gets a win for its midrange: it has more body, power and warmth compared to the S-EM9. Vocals have greater size and density, especially male vocals. Both share an engaging treble, but Andromeda contrasts a thicker treble with a bit more sparkle against the S-EM9’s greater extension, which gives it an airier sound with better treble definition and articulation.

Jomo Samba ($1725)
Samba’s recently released 8 BA flagship is designed with a reference tuning in mind. The sound is relatively uncolored, with a focus on accuracy. Both have a large stage, but Samba’s is deeper while Andromeda’s is taller. Due to the combination of Samba’s clean stage with leaner notes, it has the advantage in separation, with overall more air between the instruments. Andromeda’s notes are thicker and warmer, a contrast with Samba’s dryer but more highly resolved notes; the Andromeda has a more ‘fun’ tuning, compared to the Samba’s more technical presentation.

The Samba has more sub-bass impact, with less mid- and upper bass emphasis. This aids in its cleaner stage, while giving Andromeda the fuller and warmer sound. This continues in the lower midrange, where the Andromeda has a nice fill giving good body to the sound. Samba’s lower midrange is more distant in comparison, creating leaner notes. Overall, Andromeda’s midrange is warmer and fuller, with greater vocal density. The Samba’s midrange has more clarity and definition, and its upper midrange is more uncolored compared to the slightly brighter Andromeda. Similar to the S-EM9, the Samba’s treble is more articulate, while Andromeda’s is thicker. However due to a 7 KHz peak, Samba has a greater tendency towards sibilance. 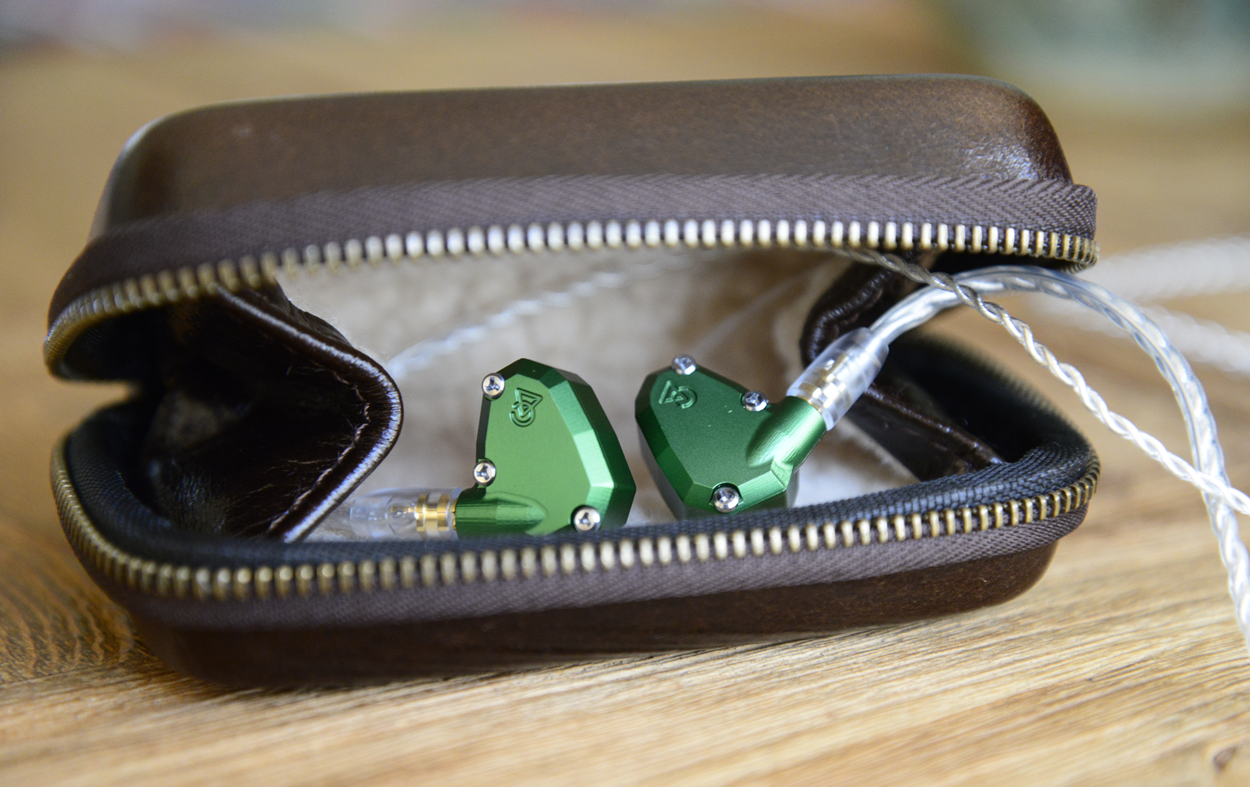 If you’re planning on selling a lot of units, it’s probably best to tune a signature that will appeal to a wide audience. When I first started browsing through the forums, I used to think that ‘neutral’ was associated with boring, as it neither specializes in mids or treble. The more iems I started to listen to, the more I’m starting to realize that achieving a neutral signature is coming closer to perfection. Done right, a neutral signature isn’t a compromise between the bass, midrange and treble – it’s a perfect harmony. While the Andromeda isn’t truly neutral, it is a poster boy of this philosophy – the ability to perform well in every aspect of the spectrum. Not as a compromise, but a stellar display of coherency.

When different people discuss the Andromeda, some might want a little bit more sparkle, or a little bit less. But more often than not, both of them will agree the Andromeda sounds good. If the signature had been brighter or less bright, you’d have lost one of the groups. The balance between excitement and non-fatuiging is just very well done. But this is all after the fact – Andromeda’s popularity has already proven that.

A great deal of Andromeda’s success naturally comes down to its tuning – in the end we all do it for the sound.  A winning formula of an engaging signature, combined with excellent technical capabilities. Andromeda’s signature is a full package, and its ability to do well in all departments makes it incredibly versatile. But the other part of the success lies in its pricing. While prices in audio unfortunately continue to rise, Campfire is sending a powerful message that top of the line performance is also attainable around the $1000 mark. Andromeda isn’t good for its price – it’s good regardless of its price.