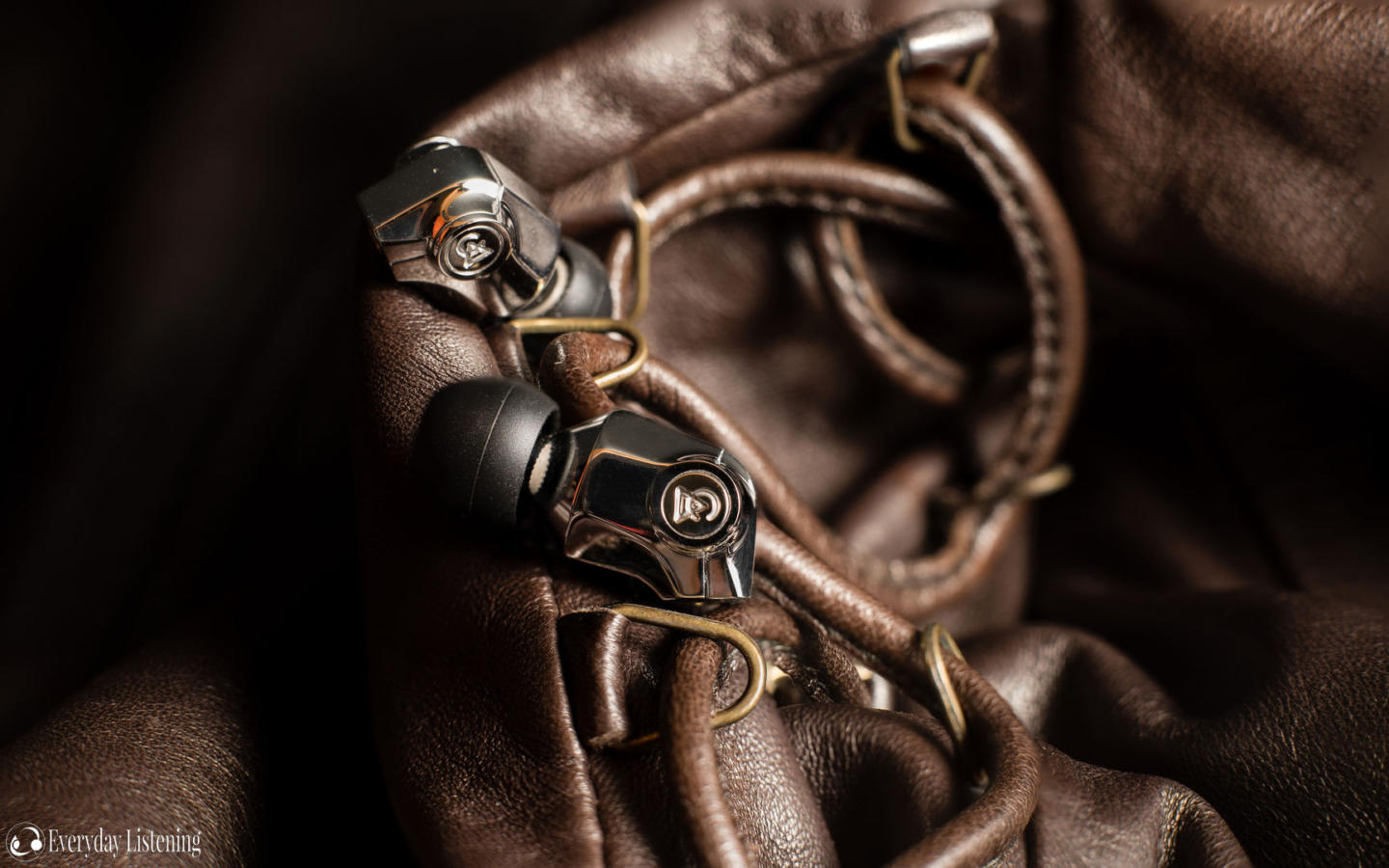 Campfire Audio Comet ($200): The Atlas is more V-shaped with significantly better extension at either end. It has both considerably more bass extension and emphasis, most notably with regards to sub-bass in addition to more mid and upper-bass. The Atlas has a more even midrange than the Comet, but it is also more vocally recessed by a fair margin. The Atlas is a lot more detailed, both due to greater lower-treble emphasis and its more linear upper-midrange/treble transition.

Acoustune HS1503AL ($450): The HS1503AL is a more V-shaped earphone though it is considerably brighter due to its greater upper-midrange presence. The Atlas has greater bass presence throughout, especially sub-bass. The Atlas extends slightly better and demonstrates a higher level of control and detail despite its greater emphasis. The HS1503AL has a thinner, brighter midrange with a similarly attenuated lower-midrange and more laid-back male vocals set to a more emphasized upper-midrange.

By contrast, the Atlas is more even and its greater bass presence imbues more natural body. The HS1503AL has great clarity but its timbre is less realistic. The HS1503AL also has an emphasized lower-treble, similar to the Atlas, it doesn’t sound spiked due to its emphasized upper-midrange that provides a little more instrument body. That said, the HS1503AL has a brighter background with a more enhanced middle treble where the Atlas is cleaner. The Atlas has higher resolution and extends more at the very top, its soundstage is more spacious and layered

Campfire Audio Lyra II ($699): The Lyra II actually has a fairly similar tuning to the Atlas though it’s a little more balanced and notably less technical. It has notably less bass presence, especially with regards to sub-bass, though both are warmer earphones on behalf of modest mid and upper-bass emphasis. The Lyra II also has an attenuated lower-midrange and climbs into its upper-midrange. It is slightly more neutrally bodied and toned than the Atlas due to its lesser bass presence but also lacks the same clarity as the Atlas has greater upper-midrange presence.

The Lyra II has a slightly more prominent lower-treble emphasis, it sounds more spiked than the Atlas’ more gradual climb to emphasis. As such, instrument body is considerably thinner on the Lyra II and the Atlas is more detailed by a fairly large degree. The Atlas also extends much further and it has final octave energy and resolution that the Lyra II lacks. This makes a significant difference when it comes to soundstage where the Atlas is a lot more spacious and layered with greater separation despite its more sculpted sound overall.

Custom Art Fibae ME ($820): The ME is more balanced overall with a more L-shaped signature. The ME has less bass presence in all regards and its sub-bass doesn’t extend to the same degree. The ME is slightly more controlled and defined down low, it is more agile. The ME has immediately more midrange presence than the Atlas, but it’s also a lot mellower in its voicing, lacking the same clarity. Most notably, the ME is more linear through its midrange with greater vocal body due to its full-bass and neutral lower-midrange. It has slightly laid-back vocals that are positioned more in line with instruments where the Atlas slightly biases vocals.

It lacks the upper-midrange presence of the Atlas and has less clarity as a result. The Atlas has a significantly more aggressive high-end than the ME which rather has a touch of additional detail presence set to a very clean, linear top end. It lacks the air and sparkle of the Atlas but extends just as well, delivering similarly high resolution. The Atlas has a larger soundstage and slightly better separation than the thicker ME while the ME images and layers better due to its more linear midrange.

Sennheiser ie800S ($1000): The ie800S is more balanced overall with a brighter high-end. It has less bass presence throughout and is more linear through its low-end, delivering a more neutral tone. It’s a little faster and similarly well-controlled, delivering a defined low-end presentation. Due to its more neutral upper-bass, the ie800′ midrange isn’t as full-bodied as the Atlas, I also hear slight attenuation of the Senn’s lower-midrange which contributes to a sligthly thinner midrange. The ie800S also has a clear, slightly vocal biased presentation though not quite as clear as the Atlas.

It is more even through its midrange than the Atlas but also has a more present lower and middle-treble, creating slightly over-articulated vocals and a brighter background. Instruments are also thinner on the ie800S and it is less detailed than the Atlas overall despite being brighter. Still, the ie800S sounds a little more open and has greater air. It extends well if not quite as well as the Atlas, delivering high resolution. The Atlas has a larger soundstage and it’s more layered. The ie800S sounds slightly less focussed due to its high-end though its dimensions are more rounded.

Beyerdynamic Xelento ($1000): The Xelento is a warmer, more balanced earphone overall though in isolation, it can still be considered lightly V-shaped. The Xelento has considerably less sub-bass combined with a similar level of mid-bass emphasis. It doesn’t extend quite as well but demonstrates almost as much control and definition. As the Xelento’s upper-bass is less present and its lower-midrange less recessed its midrange, though still on the warmer side, is more natural and consistently voiced. The Xelento also has slightly more vocal presence and similarly climbs into the upper-midrange to imbue clarity though it is more even than the Atlas overall.

The Xelento has a less enhanced lower-treble, it is more even between midrange and treble creating a more organic treble instrument body. It is almost as detailed as the Atlas despite its less aggressive delivery. Both earphones have a clean background, the Atlas has more upper-treble energy and air which makes it more exciting where the Xelento suits longer listening better. The Atlas has a larger soundstage, it isn’t quite as rounded as the Xelento, both separate similarly well.

Campfire Audio Vega ($1099): The Vega is more W-Shaped with less bass and more present vocals. It is also more neutral in tone at the cost of a brighter background and less realistic timbre. The Atlas has more sub-bass than even the Vega, it also has more upper-bass, the main source of its full-bodied sound. The Vega’s bass is a hair less controlled, and both are similarly defined despite the Atlas having more quantity. The Atlas has a more aggressive bass texture which exposes fine details more. The Atlas has a fuller midrange while the Vega is more balanced with more present vocals.

The Vega actually has less clarity even though its tone is closer to neutral as the Atlas has greater upper-midrange presence. The Atlas also sounds more natural as it has greater body and sounds less coloured by its treble. The Atlas is immediately more detailed up-top due to its greater treble body and linearity. The Vega sounds quite a bit brighter up top and it has a brighter background that can detract attention from foreground details. The Atlas also extends further and delivers more resolution. The Atlas has a larger soundstage, it layers better. The Vega is slightly more separated due to its more neutral bass and midrange tone, however, its high-end is more cluttered due to its brighter background.

Noble Audio Katana ($1850): The Katana is significantly more balanced and slightly high-frequency focussed. The Katana has considerably less bass presence throughout and doesn’t touch the Atlas when it comes to extension. In return, its low-end is a lot faster and slightly more detailed, its more neutral tone also aids definition. The Katana has a more even midrange than the Atlas. It has less upper-bass body, but also a more linear lower and centre midrange which provides more present vocals and a more consistent voicing. It still sounds a touch thin due to its modest treble emphasis despite the Katana’s low-end being fairly neutral, even slightly boosted in some regards.

The Atlas is warmer and fuller-bodied, it also has more upper-midrange emphasis resulting in higher clarity though not by a large degree. The Katana’s high end is more detailed, micro-detail retrieval is higher and extension is better, resulting in higher resolution. Interestingly, both have similarly expansive soundstages, the Atlas perhaps slightly more so with regards to width. That said, the more balanced, linear Katana layers and separates better, it also images better.

Empire Ears Phantom ($1850): The Phantom tells a similar story as above, it is a lot more balanced, but it’s more L-shaped vs the treble focussed Katana. The Phantom has less bass presence than the Atlas throughout, its sub-bass extension is good but not as strong as the Atlas by a long shot. The Phantom has light mid and upper-bass emphasis that contribute to a slightly warm, full-bodied sound. The Atlas is more full-bodied and vocal recessed where the Phantom can even be considered slightly mid-forward. The Phantom has a considerably more linear, coherent midrange, its notes are more wholly resolved and vocals incredibly natural in timbre, its speciality.

The Atlas has greater clarity and power, it is the more vivid earphone. The Atlas has a notably brighter high-end. It is a touch more detailed up top and considerably more energetic where the Phantom has a very dark background and less emphasized, even de-emphasized sparkle. Both extend terrifically, the Phantom a little more producing higher resolution and micro-detail retrieval despite its smoother sound. Both earphones have huge soundstages, the Phantom is more width biased though it is also a lot more layered and its imaging is more precise.

If someone unacquainted with the hobby asked for one IEM to understand just how engaging music can be, I would hand them the Atlas. Campfire’s new flagship dynamic driver in-ear has the most “wow” factor of any earphone I’ve listened to in recent memory, and it continued to engage me over my months of testing with its immense technical ability that cements it firmly as a TOTL product. As with the Vega before it, the Atlas is not designed for balance or timbre, Campfire even flaunts its “gigantic” sound on their website, so it really shouldn’t be penalised for falling a little short in those criteria. Rather, it carries a tonally pleasant signature with a full yet clear midrange and very detailed high-end with great energy.

To round off its awesome tuning, the Atlas creates a spacious, immersive soundstage that prevents congestion. Smaller eared buyers may struggle with fit due to the Atlas’ heavy and slightly bulkier housings and again, those searching for absolute balance and linearity will not find it here. The Atlas, therefore, appeals to those searching for what is simply a delightful auditory experience; its bass tuning is unorthodox in the high-end IEM space, however,  it will be more in-line with what headphone and speaker users are accustomed to. Campfire Audio’s Atlas may not sound perfectly balanced, but it is undeniably an impressive and truly courageous creation executed with mastery.

The Atlas can be purchased from Campfire Audio for $1299 USD. I am not affiliated with Campfire Audio and receive no earnings from purchases through this link.