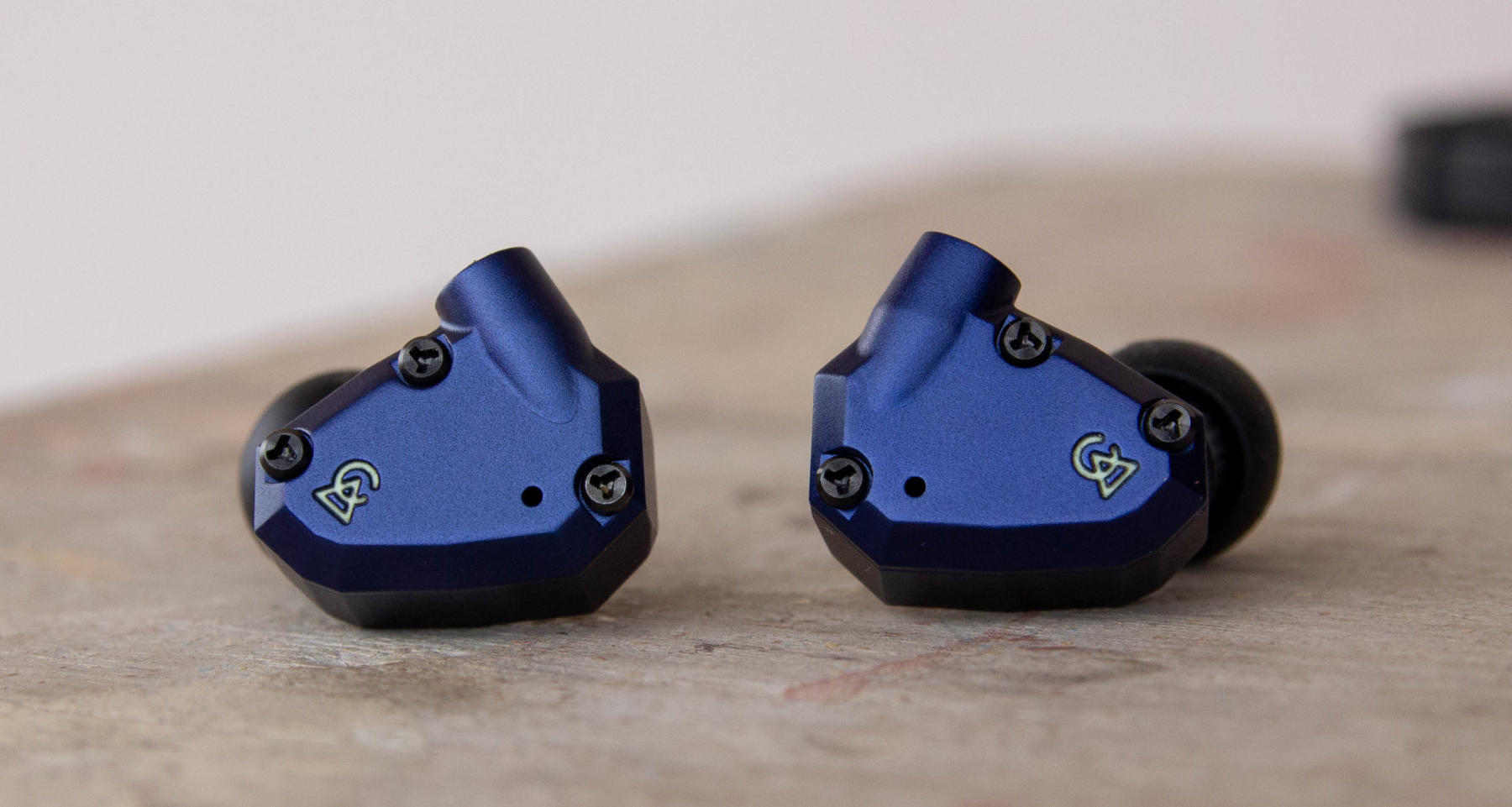 This hybrid IEM has substance. My first impression was really positive. It left a feeling of a huge stage and I really liked this spacious feeling. A 10mm DD takes care of the lower end while the dual BA drivers handle the mids and treble region, separately. Mammoth is a fun sounding IEM. It is replacing the already Polaris and carries over its signature. This IEM now has bigger driver but this bass is not mindless. Yes, Mammoth has a V shaped sound signature even when it has a dedicated BA for mid range but the dedicated BA for high is very good at its job. The sound signature is warm and marginally bright. I love the way this IEM maintains natural tonality and timber even when the build is totally metal.

The sound signature is a bit in the V with a dead accurate vocal tonal and instrumental timber. Mammoth is one of the most accurate sounding hybrid IEM, just like the ME700 lite.

I have used the Micro signature, Mi note 10 pro max and Qudelix 5k for this review with the Final tips on the IEMs.

This IEM has a very capable 10mm dynamic driver for the lower end and it delivers with pleasure. It has plenty of air to push around and the thump is weighty and rumbly. The response is good enough to satisfy most of the listeners but might fall short of the bass head level. It is not wooly or monotonous. It blends fun and precision without breaking a sweat. Sub-bass is not the deepest though, we have the Fibae 4 and honey dew for that. It still is deeper than most of the IEM, I kind of struggled to find another IEM with deeper sub-bass but then the Fibae 4 is always a constant under $100. The rumble is not bad here, but I wish the sub-bass had a bit more reach. Mid bas brings the fullness to the lower end. It is meaty and delivers a well rounded punch. The good thing is this DD has very good dynamics, it does not hit a set set of notes giving it a more dynamic and versatile lower end which is much better than Theiaudio Monarch.

The biggest reason for the IEM not losing control over the notes is the decay speed. It does not let the notes get unreasonably heavy giving Mammoth a wholesome lower end without losing composure.

After delivering a very good lower ends Mammoth delivers a clean and transparent mid range but on the down side its projection is slightly pushed back. This mid range has similar notes height as the rest of the spectrum but the plane where all these notes originate from is pushed back. It’s not lacking energy but lacks of a bit of forwardness.

When seen from a bit afar the vocals can feel slightly forward compared to the rest of the mid range giving it a bit more pop. Both male and female vocals sound clean and clear with excellent tonality, it does portray female vocals a bit more accurately, the extra bit of energy at the finishing region being the helping criteria. It does not try to emulate a more organic or warmer tonality like Fibae 4 and AV6 but the texture and emotions are portrayed similarly with similar notes depth. These vocals do not sound thin like the DM8 or drowned like Monarch.

Just like a good hybrid IEM Mammoth barely has any problem with macro details and separation, the whole mid range enjoys very good clarity and transparency. Instruments do lack a bit of extra texture found with CU-Kis and Dunu EST112. It does lack a bit of finishing definition and sharpness of all BA based IEMs like BGVP DM8 and Holocene. Still then notes are agile, energetic, weighty and deep while retaining very good crispiness and contrast. It projects a more fun sound and doesn’t try to be as accurate or as precise as the Holocene. It still manages to deliver very good micro details of background instruments. The only down side with instruments are their slightly thicker base, it robs Mammoth off of air between instruments and can feel a bit busier than desired. The upper mids start their climb upward gaining a bit more forwardness but do not exhibit any peaks or sibilance.

Mammoth has a single BA driver for the lower end  and it does the job without breaking a sweat. It delivers excellent details and transparency. The treble region is projected a bit more forward with sparkly and livelier notes. It has a bit of attack but is playful in nature. Transition from upper mid range to the lower treble region is very good, Mammoth does not suppress this natural rise of energy unnaturally, which is admirable. There is good amount of energy but nothing that is even remotely uncomfortable.

Going up the spectrum, forwardness of the notes go up a bit while instruments exhibit excellent details and transparency. Yes the Treble doesn’t feel as endless as the Fibae 3 or AF1120 but it is not a thing I can complain about. Let it be pianos, trumpets or cymbals, they have the very good amount of sharpness and the finishing of the note, along with the presentation is very good. Let it be resolution, clarity or imaging, the Mammoth doesn’t go wrong. Unlike most of the hybrid IEMs mammoth doesn’t have thin or lean bodied notes here giving it a fuller and more pleasing feel.

Mammoth has one of the most well rounded stages in its price bracket. There aren’t many closed back IEMs who have better stage expansion than the Mammoth. It has very good height, width and depth, unlike the EST112 which is a lot taller but lacks X-axis width. Even though the lower end is on the heavier side it doesn’t occupy more than a fair amount of the stage. The mids do get a bit less priority but it still has good occupancy. Imaging is where the Mammoth is very good. It has a very dynamic cue placement ability as the stage does not feel exactly restricted. Yes, mid range notes could have been a bit more precise with less wider bases as it reduces airiness.

The P3 is not new, it is around 2 years old and has exactly same set of drivers. Back then it was one of the prime example of what an hybrid is supposed to be.

It still holds plenty of water against the Mammoth. P3 has heavier punch and similar Sub-bass rumble with slightly better extension. It has around 20% more volume too making it the fuller sounding one. And strangely the P3 has the faster decay speed. Mids too are a bit more transparent and accurate with slightly better edge definition. Vocals are more natural and precise too. Treble is where the P3 syarts to show some weakness.  It doesn’t have a lot of energy at the upper treble region but has excellent transparency and sparkle till the mid treble region.

Stage of the P3 has better stage height and depth bit lacks a bit of X-axis width. Imaging of the P3 is a bit more accurate to the Mammoth. P3 is a more technically capable IEM but sadly Jomo has discontinued it.

What do we expect from a hybrid earphone? It should not compromise on lower end grunt, the mid range should have very good transparency, should not be dull or veiled while the treble should be transparent and well extended.

Mammoth has all of these qualities, if I have to nitpick I would have liked a bit more precise notes and transparency in the mid range or else it has it all, one can barely complain about its bass, the mid range and vocals do a very good job while the treble region is much better than what Kinera Norn or other hybrid IEMs can offer. It is a very capable yet jolly sounding IEM with a very natural tonality and nice timber. After trying some badly balance IEMs like Kinera Norn and ThieAudio Monarch I have to admit that the Mammoth has much better spectrum wide emphasis.

If you are after an IEM which can deliver on every front but should have a wholehearted bass response, Mammoth is one of the best option in the market under $600, it is a well rounded IEM which barely does anything wrong. It does not lack details either, but if you feel you want better balance and would like to have more technical abilities and transparency then definitely go for the Holocene.