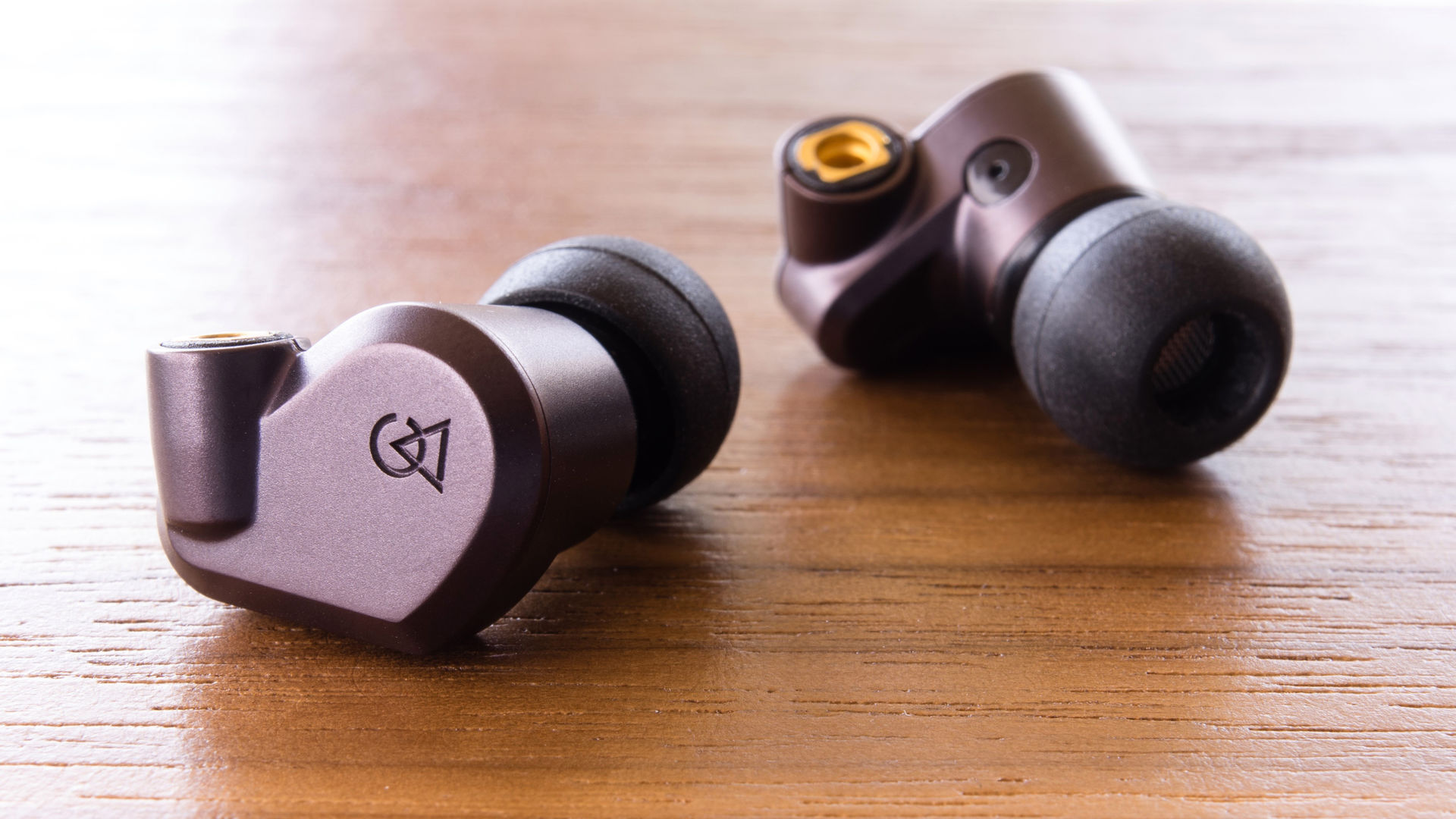 The Lyra II implements a single dynamic driver with an 8.5mm Beryllium PVD Diaphragm. In a world where driver count is pushing into the double digits, that specification might seem scant on paper but provides tremendous ability in real-world listening. I’ve had the Lyra II for about 2 months as of this review, during which it has received over 200 hours of burn-in. I did not note huge changes, the Lyra II was very pleasing out of the box with perhaps a slightly smoother and more coherent tone over time. As always, Campfire’s excellent SPC Litz wire delivers pleasing clarity and separation through cleaner bass tones and greater high-frequency extension. Buyers should not feel the need to excessively burn-in and cable swap, the Litz offers great synergy with the Lyra II’s warmer voicing.

The Lyra II is a warm, smooth earphone with a hint of additional treble energy creating a u-shaped tone. That said, subtle deviations tastefully enhance presence and clarity so the earphones sound quite balanced. Bass is full and fleshed out with lifted sub and mid-bass leaving the midrange slightly recessed and warmed. A progressive rise in emphasis within the upper mids imbues the Lyra II’s sound with a little extra energy, forming a smooth transition into their slightly enhanced treble. This may sound similar to Campfire’s Polaris, both earphones carry a u/v-shaped tone, but both are also very different in their approach, the Lyra II being warmer and more balanced, the Polaris clearer and more engaging.

I found Comply foam tips to offer great synergy, toning down the earphone’s lower treble and evening out their tone. The Lyra II, though not an aggressive earphone in the grand scheme of things, can sound a little forward in the highs with wide bore silicone tips on certain tracks. That said, JVC Spiral dots do improve midrange resolution and bass is perceptibly tighter. As with anything, it will come down to preference. Since I prefer a brighter sound, I paired them with MS Spiral dots.

The Lyra II’s low end is defined by boosted but linear bass that serves up thick, visceral notes with authority. Extension is instantly gratifying, decimating armature in-ears and competing very well with higher priced dynamics such as the venerable ie800. Sub-bass rumble is clear and controlled, well-avoiding muddiness, and a slight focus on mid-bass grants notes with a full-bodied tone that represents a step up in balance from similar earphones like the Cardas A8. They still don’t offer the most articulate, agile bass response I’ve heard, the ie800 outpaces them on complex tracks and the higher-end Dorado and Vega both deliver appreciably more control and definition, but the Lyra II provides a nice progression over the majority of in-ears sitting around the $500 price point.

This style of tuning does create some bloat however, the Lyra II retains plenty of detail due to surprisingly great bass control. Moreover, similarly lifted sub and mid-bass creates a clearly more linear tone than earphones like the Polaris and ie800, benefitting bass definition, and the low-end of the Lyra II sounds very detailed with retrieval equivalent to most armature sets. Their linearity also grants each note with accurate texture and instrument timbre is well represented if warm when compared to leaner and more sculpted in-ears. So despite their emphasis, bass is tight and controlled, infusing the Lyra II’s sound with body and scale without leaning towards bloat or muddiness; this is a hyper-engaging low-frequency response that thoroughly impresses with its quality and doesn’t overstep any boundaries in its tuning.

Though bass is the focus of the Lyra II in quantity, its midrange isn’t overshadowed in quantity or quality. This starts with a slightly darker tonal tilt that delivers a lusciously smooth, rich and natural presentation without the veil or muddiness usually associated with this style of tuning. Due to their overall balance, no bass spill is present, lower mids are only mildly warmed and male vocals are well-placed just slightly behind the Lyra’s boosted mid-bass. Upper mids are less present but have a steady rise towards lower treble that enhances clarity over neutral. Through this presentation, midrange elements never become overwhelmed by their grandiose bass response and the progressive nature of this emphasis retains very natural midrange voicing. Transparency does suffer due to their warmer, full-bodied tone, but male and female vocals are realistic and well-present, their added body counteracting the usual thin, raspy presentation that comes with the vast majority of clarity boosted in-ears.

Instruments such as acoustic are also enriched by the Lyra II’s clarity and heightened lower treble enables crisp detail presentation. This is reinforced by impressive resolution, vocals sound immediate and layering is clearly defined. The Lyra II sounds lush yet clear, their smoothness set to delightful resolving power. Once again, linearity is key and the Lyra II’s smoothly sculpted tone reveals impressive background detail and intimacy within an inherently mid-recessed tonality. As such, these subtle deviations form a midrange response that is balanced enough to serve almost any genre and dynamic enough to invigorate poorly mastered albums. The Lyra II’s midrange impresses not only through its technical aspects but through a very fine balance of tonal forces.

Campfire have approached the high-frequency tuning of the Lyra II with clear focus and maturity. The Lyra II doesn’t offer the most explicitly revealing tonality but it employs a small lower-treble lift to balance out its warm low-end and does so with exceptional refinement. Lower treble doesn’t have a narrow band spike nor does treble get uneven, instead feeding smoothly from the upper midrange. Their smoothly sculpted nature enables realistic instrument timbre and the Lyra II’s smooth nature doesn’t come at the cost of either clarity or detail. I also have to reinforce that smooth descriptors should not detract from the fact that this is a resolving earphone up top even if middle and upper treble clarity doesn’t excel. Elements don’t sound overemphasized rather, the Lyra II sounds a little crisper with cymbals and guitars at the cost of a little body, cymbals can sound slightly thin but never to the extent that they present as splashy.

The earphones more reserved middle and upper treble form a well-integrated continuation of their elevated lower treble leaving higher elements such as strings smooth and refined with splendid texturing. Through this, the Lyra II doesn’t fatigue nor do they exacerbate sibilance but air and shimmer can sound slightly sedate. That said, actual extension is impressive, aiding instrument separation and placement, and the Lyra II delivers notes with excellent cohesion when things get complex. The TAEC sporting Dorado, Jupiter and Andromeda still hold a notable advantage in resolving power and extension, but the Lyra II’s smooth tuning and well-integrated presence zones culminate to produce a high-frequency response that is both resolving and musical. The Lyra II executes the typical energetic lower-treble response that many have come to love in an atypically refined fashion.

A wide stage can bring great satisfaction and is often employed as a marketing term for many earphones. However, depth adds an extra dimension to the music and it’s with this that the Lyra II excels. Width is still impressive, stretching just beyond the periphery of the head though again, the more extended Campfire’s sound more multi-dimensional yet. Still, the Lyra II has one of the larger presentations I’ve heard, especially for a compact, warm and well-isolating dynamic driver in-ear, all traits that would insinuate a more intimate presentation. This is the greatest testament to the Lyra II’s technical ability which enables greater vocal projection and resolution of layers and background details than competing earphones of similar tonality. Moreover, centre image is strong and imaging is very impressive on account of their great end to end extension and technical prowess. They don’t touch the armature based Jupiter, favouring natural decay and timbre over agility and raw immediacy, but among similarly priced dynamic drivers and even hybrids, the Lyra II is a very strong performer. Separation is also good but not outstanding, highs are nicely separated and their midrange is surprisingly layered considering their warmth, but bass can get a little busy due to their thicker tuning. The Lyra II ultimately errs on the side of smoothness and integration over vividness.

With a modest 103dB sensitivity and 17ohm impedance, the Lyra II is easily driven to volume by portable sources. It is notably hiss resistant, far more so than most armature sets and doesn’t differ much from sources of varying output impedance. That said, the Lyra II scales nicely with plenty of resolution to take advantage of higher end sources. I preferred to run them from a more neutrally tuned source like the X7 II though the Lyra II is balanced enough to pair with a musical source like the Shozy Alien+ too, I wouldn’t consider them to be overly source dependent. From my X7 II, the Lyra II sounded notably tighter and more defined with greater balance throughout. My HTC U11 served the earphones just find but deficiencies were present with notably looser bass and thinner, slightly more unnatural mids. A good smartphone will drive the Lyra II well, they don’t thrive on amplification but benefit from a resolving source.