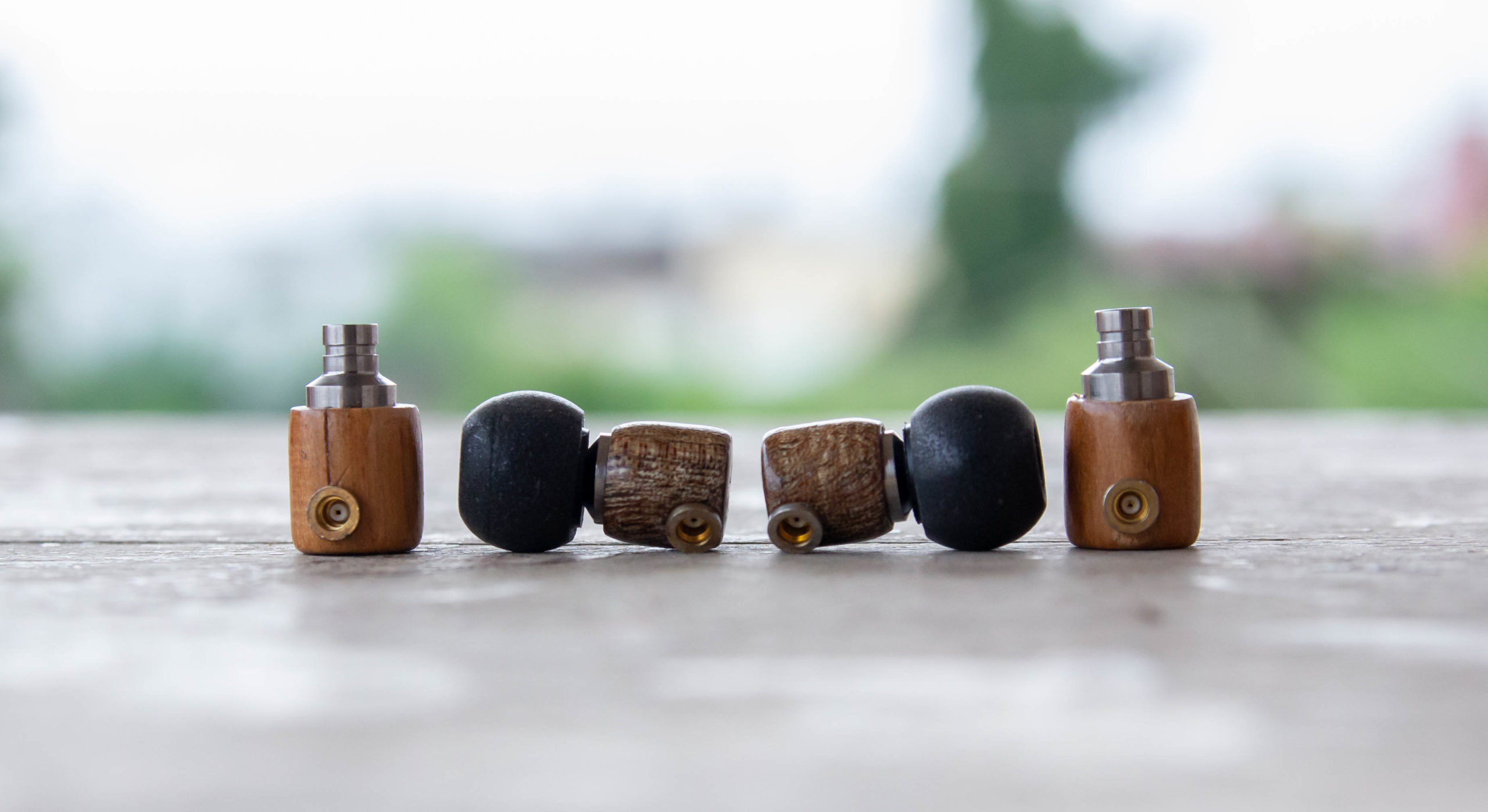 The cherry wood version not only differs visually it has slightly different presentation too as it doesn’t have FFS which filtered the resonance and peaks at 3.5khz and 13.5khz. this is not a bad thing though.

It doesn’t have the milder, more accurate and neutral feel of the Mahogany. It still has very good details and clarity but is a bit more flavoured. It still has natural tonality and better timber.

I am using stock sony type tips and Earmen Tr-Amp for this review.

Strangely the lower end of the cherry version is not close to the Mahogany with FFS. This has similar sub-bass extension but is slightly less voluminous and has a hair faster decay speed. Mid bass has similar characteristics, it give the body and fuller feel to the lower end. Texture and level of details are slightly lower.

Similar scenarios here too. It ha similar balance and presentation but notes hack a bit of precision while bodies are a bit thicker and slightly lighter giving it a less mature feel. Instruments and vocals both lack the finishing definition of the Mahogany FFS.Male Vocals do feel a bit more throaty and full bodied while female vocals sound a bit less forward and thicker than natural. Instruments around the vocal regions are not supressed here and the timber and reverb are much more pleasing and natural with the cherry wood. It does have a bit more energetic upper mids but that adds to it’s abilities rather than making it sounds sharp or aggressive.

Highs are somewhere I find the Cherry taking the lead. It doesn’t have the filtering system and doesn’t nerf the extra bit of sparkle and energy. I love the way it keeps fun and livelier. The extension is similar with a drop at a much later stage and doesn’t affect the overall performance.

There is a bit of problem at the floor though. Note have wider bases and barely have enough separation but the edge and finishing definition are better.. Kind of strange but makes sense, it has slightly less mature tuning and that’s evident.

Another surprise awaits here. This has a more expansive stage. Cherry has taller and slightly deeper stage which is odd, it’s the cheaper one after all.. Imaging where the Cherry struggles a bit. It is very good in its own but is not as accurate or cleaner as the Mahogany.

This single DD IEM is on a different level. It is more balanced and coherent sounding. It’s reverb, timber and decay speed are more accurate and the level of details is a notch higher too.

Overall FD02 is a more technically capable IEM with better accuracy and details, it just is not fun enough.

Sarn has a reasonably different kind of tuning. It does exceptionally when it comes to treble details but is average everywhere else. It doesn’t have the best lower end. It has good sub bass and reasonable upper-mid bass but the lower mid bass are suppressed. Upper bass is a bit more prominent than usual. Notes have faster decay but don’t have very good texture. Mid and up is where the Sarn II has unnaturally thin notes. It really feel odd and the region just after the vocals are really suppressed. No air there. Vocal notes have good height but they need body, which is missing badly, affecting its timber. Treble is where it has the best details under $300 but the upper treble is weak. It has elevated mid treble which can shadow the upper treble but yes, it lacks extension and the unnaturally sharp and thin notes do not make it a musical IEM.

Sadly the stage is not very good either. It is clumsy, it’s well rounded but is not exactly big and the compressed region after the vocals gives the Sarn II an odd feeling. Imaging is good.

Alula Cherry is better balanced and more cohesive sounding. Even when it doesn’t have the better amount of details it has the natural timber, tonality and evenness.

Copplinn has done an excellent job with the Alula. And they have varity, with the change in wood, the IEM’s sound characteristics vary.

Overall, these IEMs are well tuned, they barely have enough competition as an overall package. If you are in the market for single DD IEMs, these IEMs should be considered if you are are looking for bassy IEM with balanced sound and very good clarity, the Alula should be the top IEM to consider.

That’s it, enjoy your music, cheers!!