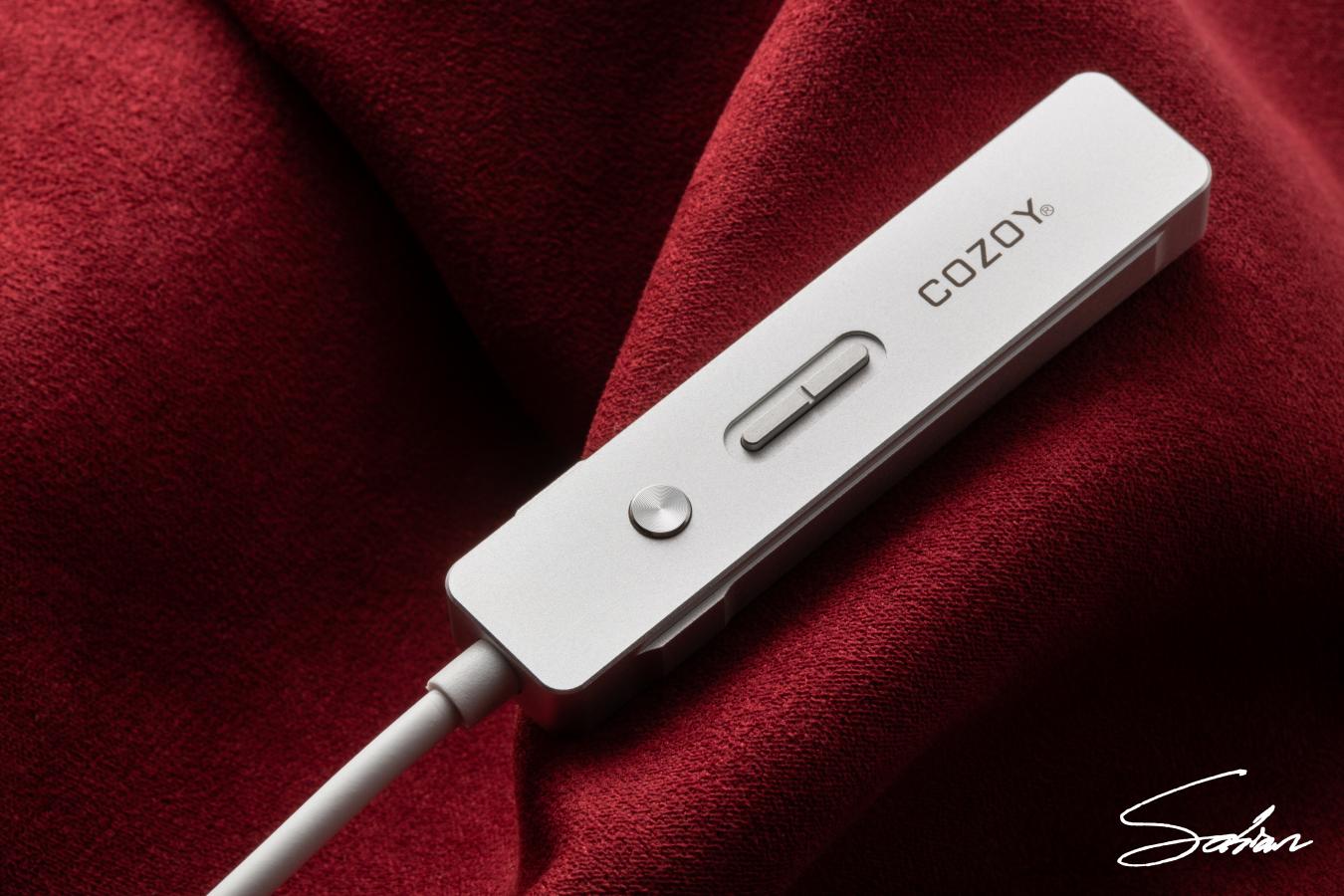 Cozoy’s TAKT C possesses an impressively well-rounded, evenly-contoured frequency response. It doesn’t have a distinct colour, making it rather versatile. And, it limits its alterations to subtle refinements throughout the frequency range. The midrange particularly comes off fuller and more dynamic with an even presence across the lower- and upper-mids. This is then followed by the TAKT C’s top-end; refined and smooth, extended admirably for a defined spatial performance. Its soundstage isn’t particularly massive, but that’s made up for in the TAKT C’s imaging precision and separation. Across all three axes, layering and detail retrieval are impressive. And – again – this isn’t the forced sort of clarity via a pushed high-end either. Instead, it’s done effortlessly through the TAKT C’s stable background never short on resolution or definition.

The TAKT C’s low-end presentation is boisterous, full-bodied and impactful. The mid-bass, especially, has a palpable drive to it, imbuing kick drums and bass guitars with gusto and weight. The ones that kick off Victor Wooten, Dennis Chambers and Bob Franceschini’s Liz & Opie, for example, have incredible thump to them. With that also comes a healthy amount of body and warmth, resulting in a fuzzier timbre to the bass. So, while not the most clinical or precise low-end in the world, it does sport heaps of musicality, as well as a nicely warm, full tone. This is further bolstered by the TAKT C’s superb sub-bass extension, pairing its body with a visceral presence. All in all, it’s fun, rhythmic and punchy, but not without balance.

The midrange to me is where the TAKT C truly shines. It’s gorgeously sculpted with wonderful density and texture, but is never cloy or congested either. Its lower- and centre-mids are fleshed out – unabridged – laying the ideal foundation for its radiant upper-midrange to then project and sing. Overall, it’s an immensely coherent midrange as well. Instruments feel like singular units with zero suck-outs or apparent peaks. The snares on Snarky Puppy’s Bigly Strictness, for example, sport terrific tactility, each shining as individuals without overdoing the ensemble. The layered guitars on Mark Lettieri’s Slant do as well. And, because there aren’t any egregious midrange dips on the TAKT C, they each retain their respective tonalities for a gorgeously complete sound. Again, this to me is the device’s highlight; resolving, musical and transparent.

Up top, the TAKT C mindfully toes the line between smoothness and articulation. Its low-treble provides adequate glints of energy to cut through the bass, allowing its upper-treble to slowly taper off for a more linear tone. It pairs ideally with energetic in-ears like 64 Audio’s A18t, but it works well with calmer monitors too, thanks to the TAKT C’s good technique. Top-end extension gives the TAKT C a remarkably black background, which proves crucial in maximising separation and resolution. And, its portrayal of dynamics are remarkable too. Tracks like Dirty Loops’ Next to You that build from start to finish have this rise portrayed faithfully. The result is this refined, accurate top-end with enough clarity and punch for all.

With 18 balanced-armatures per side, 64 Audio’s A18t is an excellent test case to determine how well the TAKT C handles multi-driver arrays. Plus, its raw resolving power will also reveal any bottlenecks in the device, should there be any. Once again, however, credit to Cozoy, because the TAKT C has impressed here as well. Now, it certainly doesn’t have the sheer spaciousness, precision and stability of Lotoo’s PAW Gold Touch. But, at the same time, the A18t doesn’t feel limited by it either. You still get clean separation, as well as a pitch-black background. And, I find the TAKT C’s meatier mids pair quite well with it too. Again, the TAKT C fares admirably with the A18t, while teasing out some welcome body at the same time.

The Phantom’s rank among the most sensitive pairs of IEMs in my current arsenal, capable of digging into the noise floor of any source known to man. As a result, it has become a vital tool in putting a device’s hiss quotient to the absolute test. And, in this regard, the TAKT C actually performs impressively well. It hisses just marginally more than Lotoo’s PAW Gold Touch – my current standard – and I’m able to achieve comfortable SPLs with my volume set at 2 out of 16 on the TAKT C attached to a MacBook Pro. Signature-wise, I find the TAKT C refines the Phantom’s lower-treble quite nicely, and nudges the upper-midrange forward too. Though it won’t add much in terms of air, it does prove quite a match if short of a DAP.

With its tri-brid design, Vision Ears’ ELYSIUM has proven itself a difficult load to drive. Its electrostatic tweeters, especially, will only perform as well as the source. In that regard, the TAKT C fares decently well. Again, you won’t get the stability or finesse you’ll find on Lotoo’s PAW Gold Touch. The TAKT C isn’t as effortless and clear-cut when it comes to rendering the ELYSIUM’s transients. The monitor also tends to prefer more spacious-sounding sources. But, nevertheless, the TAKT C is still capable of providing a superior experience compared to the stereo output of a laptop or mobile phone. And, despite its more intimate sig not meshing perfectly with the ELYSIUM’s airier one, it will power the monitor adequately in a pinch.

Cozoy’s TAKT C is one mighty, little pocket rocket. Curious cable aside, it’s one of the most impeccably-built audio devices I’ve ever used, regardless of price. Plus, its well-balanced, well-sculpted frequency response shows an incredible amount of tact (pun, not unintended) for the company as well. It’s an even sound across the entire spectrum with but the subtlest bumps here-and-there for dynamics’ sake, along with a terrifically clean soundscape free of noise and grime. Also worth a mention is the fact that it’s an entirely plug-and-play DAC as well for ultimate convenience. And, once again, the device’s screw-free, CNC-milled build is simply show-stopping. At a retail price of $115, the TAKT C is an instant recommendation for me to anyone on the lookout for a compact, all-in-one solution, and I can’t wait to see where Cozoy take it from here.