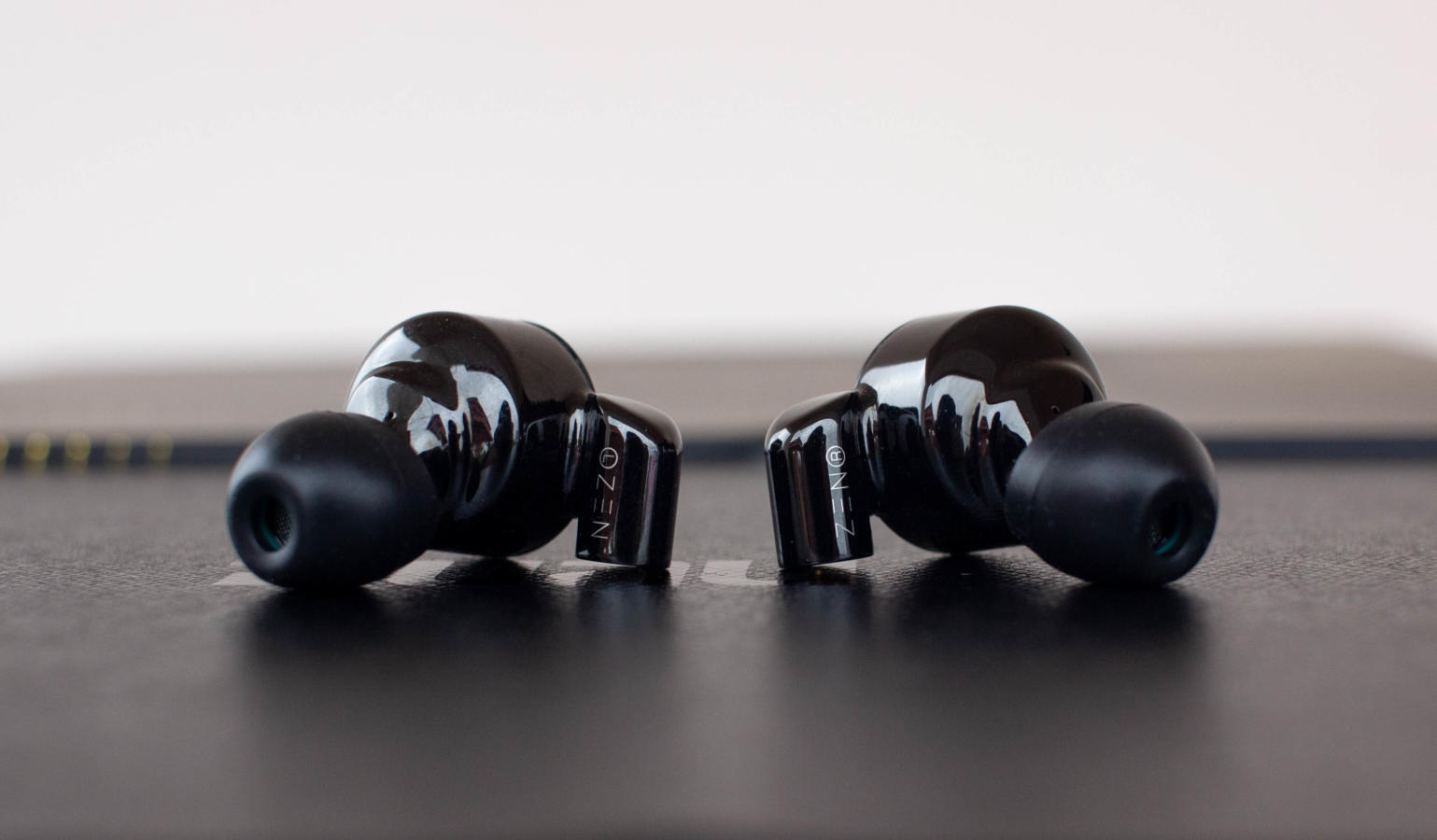 From the specs one can guess that driving this IEM should not be a huge problem and that’s true too, it does not take a heavy setup to make this single DD IEM sing. Drive it out of a mobile phone and it sounds good, only thing compromised is some separation, stage and note’s weight. Thankfully not much micro details are lost. Use a clean sounding source and Zen is will comply.

When driven out of my daily driver Vivo V19 (Compared to LG G7) it sounds a bit more restrained with note’s depth and weight and the stage loses some depth while gaining some intimacy. Details at the base of instruments are missing but it’s not bad at all. When driven out of Earmen Sparrow the Zen sings at its fullest potential delivering excellent details and coherency, lower end gains a bit more body and the whole spectrum gains more definition and resolution. The stage exhibits more height and width.

Another interesting observation is Zen barely changes with the Shanling M3X’s balanced terminations, maybe because M3X has dual DAC 3.5mm out. Changes here are so subtle that if you do not pay attention it is hard to tell that some instruments have slightly wider and deeper corner stage. Yeah, it’s subtle.

Is it necessary to feed it properly? No, the difference is not significant but yes, it can sound better with better sources.

HOW DOES THIS SOUNDS:-

Let me tell you guys something (I could have saved this for the conclusion but, why not) EQ a bit and Zen can emulate SA6 with better definition, note’s weight and bigger stage. Zen sounds surreal thanks to its organic timber. It is much more organic and throaty than any BA based IEM under $1500. Zen on its own resolves excellent details with a slightly vocal forward sound. Being a DD it lives up to its reputation and deals in very good rumble and bass volume. The only region where the Zen loses points is with Treble. It does not have plenty of bite that or energy there but serves well to those who like their highs a bit calm and less aggressive.

P.S. Burned for more than 100Hrs I am using stock smoked tips and Shnaling M3X for this review with some usage with Qudelix 5K and EarMen Sparrow.

This single dynamic driver deals a very enjoyable lower end. It is neither too heavy nor lean, the dynamic abilities of this driver is commendable. It changes stance as per need but never get boomy or muddy. Control shown by the Zen is admirable.

Zen delivers deep and a rumbly sub-bass, making it more enjoyable than both SA6 and EST112. It does not have the sub-bass depth of the Fibae 4 or the more expensive EE Hero but does quench the thirst. Unlike the Fiio FD5, Zen has more controlled and well timed mid bass decay. Mid bass provides Zen with the meatier and fuller notes without losing control. It delivers a more satisfying and cushiony notes with excellent texture. FD5 has a harder slam, Zen is softer, not as cushiony as the Hero but hero has slower decay. It has the vim of a single DD but not so vigorous. I have to give credit to its decay speed, it is the thing which makes the Zen very enjoyable. What it does is move good amount of air with a sizeable slam with nice weight. The upper bass is well controlled and blends nicely into the lower mid range. Decay speed is on par with Fibae 4 and is slightly slower than the FD5. This leads into excellent precipitation and weight. It has a mix of fun, Precision and accuracy.

The area of slam is not very big and if you are expecting loads of bass, like bass-head level, you will be disappointed.

If I haven’t mentioned it earlier, Zen is a fairly balanced sounding IEM and this balanced feel comes mainly from its well balanced mid range and slightly forward vocals. Since it uses a single driver it has not crossover and has no obvious drop in energy at lower treble region.

Zen has no problem with intricate details and separation, the whole mid range enjoys very good clarity and transparency. Instruments do not have the added depth or extra sharpness one can find with Shozy Blackhole and CU-Kis. What it has is a bit more weight and more layered texture. Even with the added weight, notes are aptly agile. The biggest plus point here is its technicality, the way it manages to deliver micro details of background instruments is praise worthy. No instrument sounds thin or devoid of life. Zen’s organic nature is captivating. The background foreground contrast is very good too. Drive it properly and it delivers crispy notes with excellent resolution. No need to worry about the upper mids either, they do not have uncomfortable notes to worry about.

Coming to the vocals, what sets Zen apart is its texture and timing, giving it an emotional and involving character. I do dare to say that no IEM under $1000 sounds as emotionally expressive as Zen. Both male and female vocals have a slight bit of smoothness with finishing, giving it a very friendly feel. Zen likes to keep things as neutral, as colorless as possible but still has a bit of warmth to it.

Zen is a calm and friendly IEM, it just won’t bite back.

After delivering lovely and pleasing lower and mid ranges, Zen is still up for a few swings. The transition phase from upper mid range to lower treble region is excellent with very good transparency and clarity. It has very good layering and separation with good amount of air between instruments. But the treble region has to be looked in two parts. The lower and mid treble enjoys very good energy, similar to the mid range and has very good notes accuracy and details. It is neither aggressive nor calmer, as it strikes a beautiful balance which retails the right amount of energy and sparkle while fending off unwanted sharpness or energy. Still the extra bit of sharpness which provides a bit more resolution to the instruments is missing.

The other half is the upper treble region, where things go a bit south. Zen starts to lose energy. Instruments get blunt and lacks some definition. But how bad is it? I can say that Zen has very good treble extension, notes in the upper treble region are perfectly relevant, just not as transparent as the mid or lower treble notes. The lack of spark and tingliness robs it of off some contrast and crispiness.

Those who feel they do not want the energy up top will enjoy this lush and smooth treble. It just blends in effortlessly.

Even though Zen has a bigger than average vent on its back it cannot be called a open back design, not that it matters much because its stage size is considerably bigger and very close the closed back IMR Mia. It has excellent width, very good height but lacks a bit of Z-axis depth. Its stage distribution is very even no area feels busier or cramped. What I like the most is its Imaging. It places most of the instruments and some of the vocals out of the head while bass and rest of the vocals placed inside the head. Layering and separation through out the spectrum is very good.

Unlike the SA6, Zen has a floor and all the instruments originate from there. Zen does not provide that extra bit of engagement there but the bigger stage and better air between instruments has its own charm.