As mentioned, Grace can be viewed as a variation of a familiar sound, rather than diverging into something new altogether. While the EM10 was somewhat a departure, Grace again builds forth on the path EarSonics previously set out. The essence of both the Velvet and S-EM9 was providing a lively sound through agility and precision, yet powered by an engaging bass – one of the staple ingredients of an EarSonics product, in terms of quality and quantity. Which isn’t surprising, as Franck Lopez’ origins are as a bass player. Therefore, it didn’t really matter what kind of signature it was tuned with, you could always count on an EarSonics product to provide a weighty bass.

Grace’s bass is again quite pleasing, but regresses to a more prototypical BA bass that is less dominant in terms of physical quantity. Instead, it is technically quite proficient. The mid-bass provides a nice sense of impact, while offering a rapid decay – a quick bass that provides a rhythmic hit, and then dissolves into the background. In doing so it possesses qualities to be dubbed an ‘audiophile’ bass – providing clean hits that refrain from interfering with the separation, which makes it better capable to process quick, complex passages. This makes it quite a fun bass, even though it is only slightly north of neutral. Even so, it comes with the familiar issues of BA driven bass, such as only a moderate bottom-end extension and a slightly drier tone. So for the bass purist that thrives on the deep rumble of a well-executed dynamic driver for instance, the impact Grace provides will likely not be sufficient.

Pursuant to the moderate mid-bass quantity, Grace does not add a thickness to the note. A slight lift around 1 KHz provides a right amount of focus to vocals, without making it too central in the presentation. Instead there is a nice balance between the bass and midrange, and accordingly, between the vocal and instruments. This is where Grace displays the greatest similarities with the S-EM9; a neutral midrange in size and forwardness, accompanied by an articulate treble. Where it distinguishes itself however, is a flair in the upper midrange inspired by the EM10. For where many EarSonics models were traditionally tuned with a dip in the upper midrange, Grace offers a melodious ring in its upper mids, which makes for a more lively presentation.

This brings its general tone in the range of what I would refer to as ‘musical neutral’, where it isn’t necessarily warm, but certainly isn’t clinically clean. For example, people acquainted with 64 Audio’s A6t or A18t might recognize some general similarity. It’s a type of tuning that easily lends itself for a wide variety of genres, both instrument-based and electronic. In fact, Grace follows a longstanding EarSonics tradition of performing excellently for synthetic music such as ambient or EDM. This is partially because of its ability to handle quick and complex passages, but the tone of the upper mids certainly contributes. 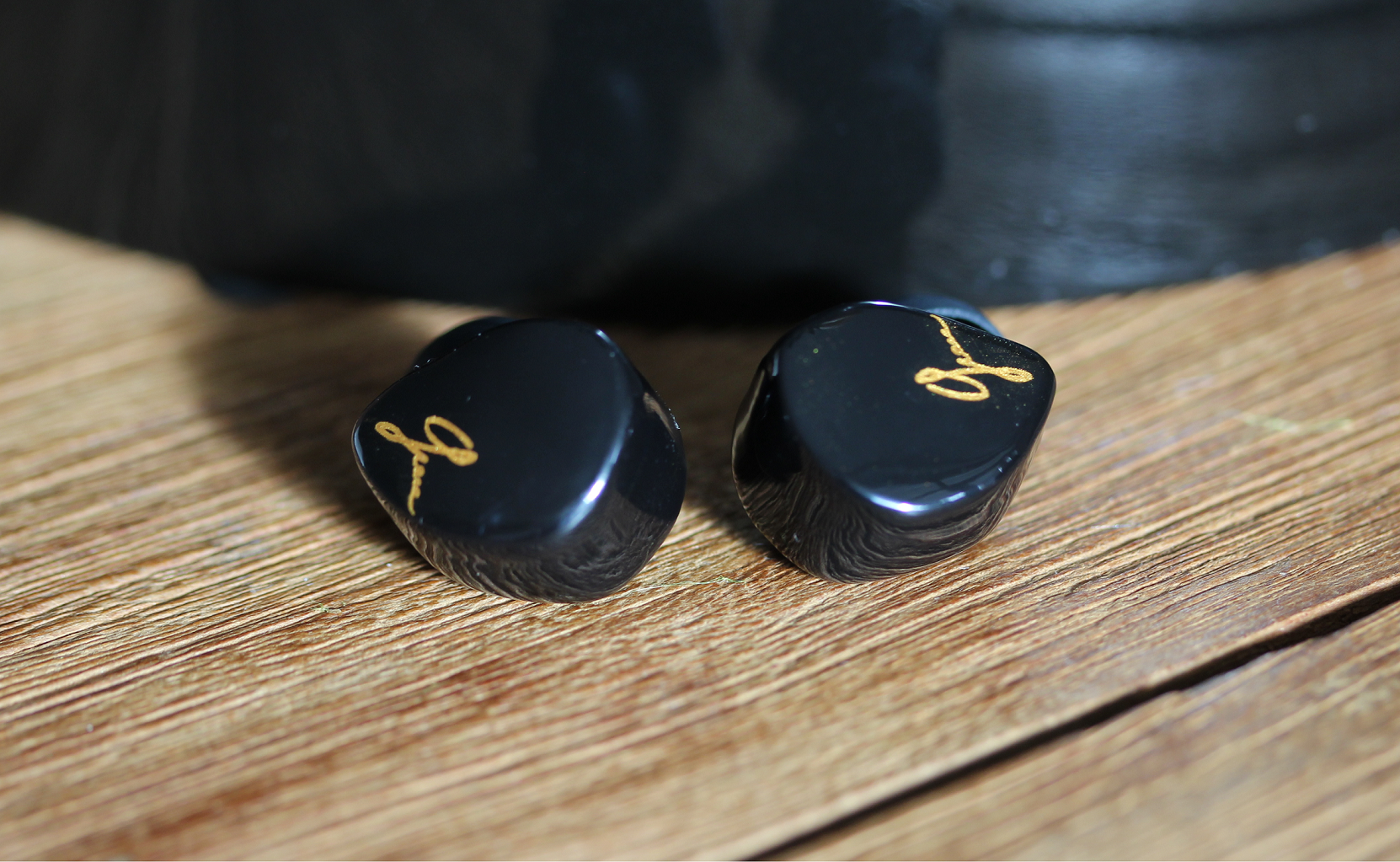 The final ingredient is its treble, which again, bares great resemblance to that of the S-EM9. A statement I would personally consider a compliment – a treble that’s quick, well-defined, and clear in tone; a refined treble. It offers a modest touch of sparkle, while simultaneously remaining smooth. As a result, it’s a treble that lends itself for pushing up the volume, invites itself for doing so even. Of course, some might prefer even more treble presence, but I find it a great execution for my personal taste. In terms of absolute extension it neither excels nor underperforms, which is mirrored in its resolution. Taken together, Grace offers a balanced presentation that is neither thick nor lean, and offers a musical note due to its general tone.