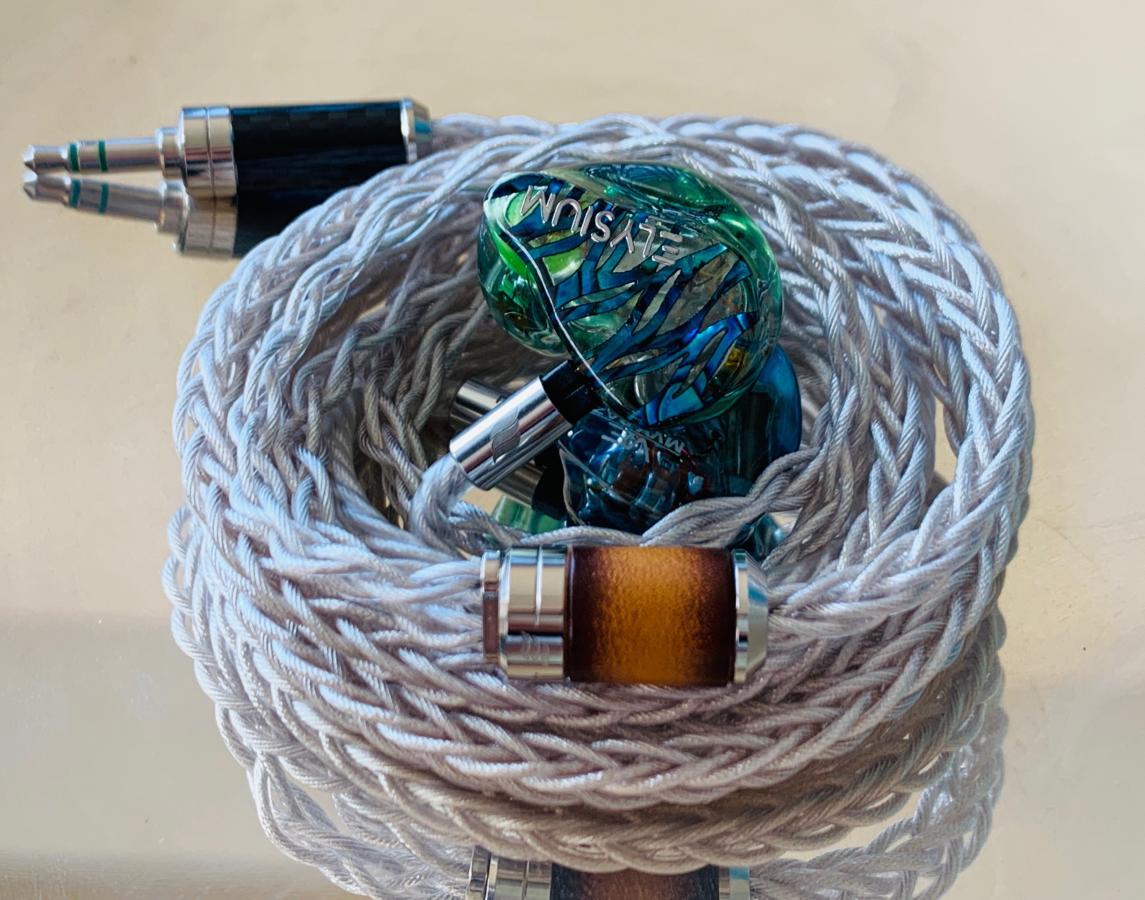 Foreword: THL rarely publishes guest posts/reviews due to the quality/content not meeting our expectations. This is one of those rare times were we are thankful for great content by Michael who is known as mvvRAZ on Head-fi. We hope you enjoy his review!

DISCLAIMER: The Leonidas II/Cleopatra Bespoke cable was purchased at full retail price for personal use. Effect Audio is not providing/offering any incentives for a positive review – this is my personal and honest opinion.

A month or two ago Effect Audio announced the new Bespoke line (combinations of the Horus, the Cleopatra and the Leonidas II). That caught my interest, and I decided the time has finally come for me to attach one of Effect Audio’s cables to my IEMs. I was still unsure whether to go for the Leonidas II Octa or the Bespoke, so I contacted Paul and ask for his advice on the matter – he responded very quickly and essentially narrowed it down to how experimental I am feeling. The Leonidas II Octa has been reviewed and praised extensively, while the Bespoke was unchartered territory – naturally I went for the latter. For the split I chose the Leonidas II, as I already had a Cleopatra Octa ordered and it would be hard to tell them apart.

A few long weeks later (though much faster than I thought it would arrive), the Bespoke was finally at my door, and it most certainly did not disappoint.

(The artichoke shape is the lamp, not the box it comes in)

The Bespoke arrives in a box similar to the rest of Effect Audio’s standard (Cleopatra Octa for comparison), but where it differs is that you receive an additional box with it for the second case. After all, it is a combination of the Leonidas II and the Cleopatra, so you receive both cases. You also receive a special engraved ID-like card, which is a nice finishing touch. I’d be lying if I told you it didn’t give me goosebumps

If this is your first time receiving an 8-wire cable from Effect Audio, like it was for me, you’re in for a treat. It’s difficult to put a feeling like that into words, but it’s a bit like you’re suddenly a hobbit in Lord of the Rings receiving the Elven gifts at the end of The Fellowship of the Ring (if you haven’t seen the movie stop reading this and go see it). Sam got his star, Frodo got his sword, you receive your Leonidas II/Cleopatra Bespoke and arguably you’ve received the best gift of the three.

The build quality is exceptional. I expected it to be pretty good given its price point, but it has managed to significantly surpass my expectations and imagination. Despite the Octa braid, the cable it smooth, soft, flexible and elegant. It feels like all 8 wires have merged to form one consistent, perfect braid. The hardware follows suit with the split getting the majority of attention – it has been covered extensively by other reviews so there is barely any need to ramble on about it. It would be pretty cool to see the plug receive that same “special treatment” but that’s hardly something I can complain about. The 2-pin termination is also of amazing quality – my Elysium is especially picky when it comes to the pins it accepts – so far only Effect Audio and Plussound have been able to complete that test successfully.

The experience of receiving and playing around with a cable of this quality and caliber is something that’s almost impossible to describe. If you have the chance to visit a Canjam, I would heavily recommend you visit the Effect Audio stand, they’re worth seeing for the build alone, regardless of the sound benefits they bring.

In order to evaluate the sound performance of the Bespoke, I used my current favourite, the Vision Ears Elysium (paired with the AK SP1000M). I find it to be very responsive to cable rolling, and it is also the IEM I am most familiar with.

I usually take much longer to assess the sound performance of a cable, as I find it is something that you notice and evaluate over time as opposed to being able to simply A/B it. To be fair even IEMs take a while to figure out and the complexity only rises when dealing with cables. The Bespoke however had a very apparent and instant effect on the performance on the Elysium.

The expanded soundstage width is the first thing that hits you. I found the Elysium to be more intimate as opposed to wide, but the Bespoke has managed to drastically improve that. I have found other 8-wire cables to have a similar effect, but not to the same extent. Not only does the soundstage become wider, but also significantly deeper and more holographic.

The Leonidas II/Cleopatra Bespoke is a cable of incredible technicality. The effects it has on the imaging I covered already, but that’s just the tip of the iceberg. It delivers the kind of detail and texture that will keep you entertained and amazed for hours. In my experience, details are something a cable is able to reveal as opposed to create. The Bespoke does that by significantly increasing the instrumental separation and clarity. You can hear each instrument as its own performance, allowing you to catch every note. The added clarity and darker background allow those details and fine textures to be much more apparent. The result is a magnificent performance, comparable to very few.

The frequency distribution is enhanced in a more subtle manner. The midbass remains mostly unaffected, while the subbass becomes more apparent and somewhat deeper. I am seeing myself notice its presence more often since I started using the Bespoke, almost as if it is a detail in certain tracks that wasn’t fully intended or planned. The midrange is the most interesting part in my opinion, as that is where you can really feel both cables at work in a wonderful synergy. The Leonidas II adds that texture it is famous for, while the Cleopatra gives it a small upper midrange bump as well as a fair bit of treble sparkle. My experience with the Leonidas Octa is that it is a cable that delivers some of the best instrument texture that is to be heard, while the Cleopatra Octa gives vocals the warmth and extension to make you daydream. The Bespoke has been able to capture both – not at the level of each one, but it certainly comes close.

As someone with a soft spot for full, sparkly and forward treble, the Cleopatra Octa is one of my natural go-to’s. While the Bespoke doesn’t necessarily add treble into the mix and instead only enhances its quality, the Cleopatra Octa does both – it first brings out the highs, then makes them smoother and fuller. They have a similar level of technical ability, though the Bespoke really shines when tested with instrumental performances due to how the texture it adds. I was quite surprised just how much detail the Cleopatra Octa is able to deliver however, at levels very similar to the Leonidas II/Cleopatra Bespoke.

When it comes to the Elysium specifically however, I’d say the Bespoke is the better match. The Elysium already has excellent treble which doesn’t really need boosting (and that’s coming from a self-proclaimed treble-head). When paired with the right cable its midrange performance is able to get to a level that no other IEM I have listened to reaches, and the Bespoke is the perfect choice for that.

The last time I fell in love with a product this quickly and instantly was the Vision Ears Elysium. It is a matter of a certain personal synergy you have with the gear that makes you feel like it was just meant to be.

The build quality I can’t praise enough. Paul over at Effect Audio might lowkey be an elf straight out of Lord of the Rings. I can use another 1000 words to describe it but they will still be incomparable to the experience of trying it yourself.

The sound – whichever IEM you pair it with will feel like it has been unshackled and allowed to perform at its absolute highest. Truly exceptional, can’t recommend it enough.