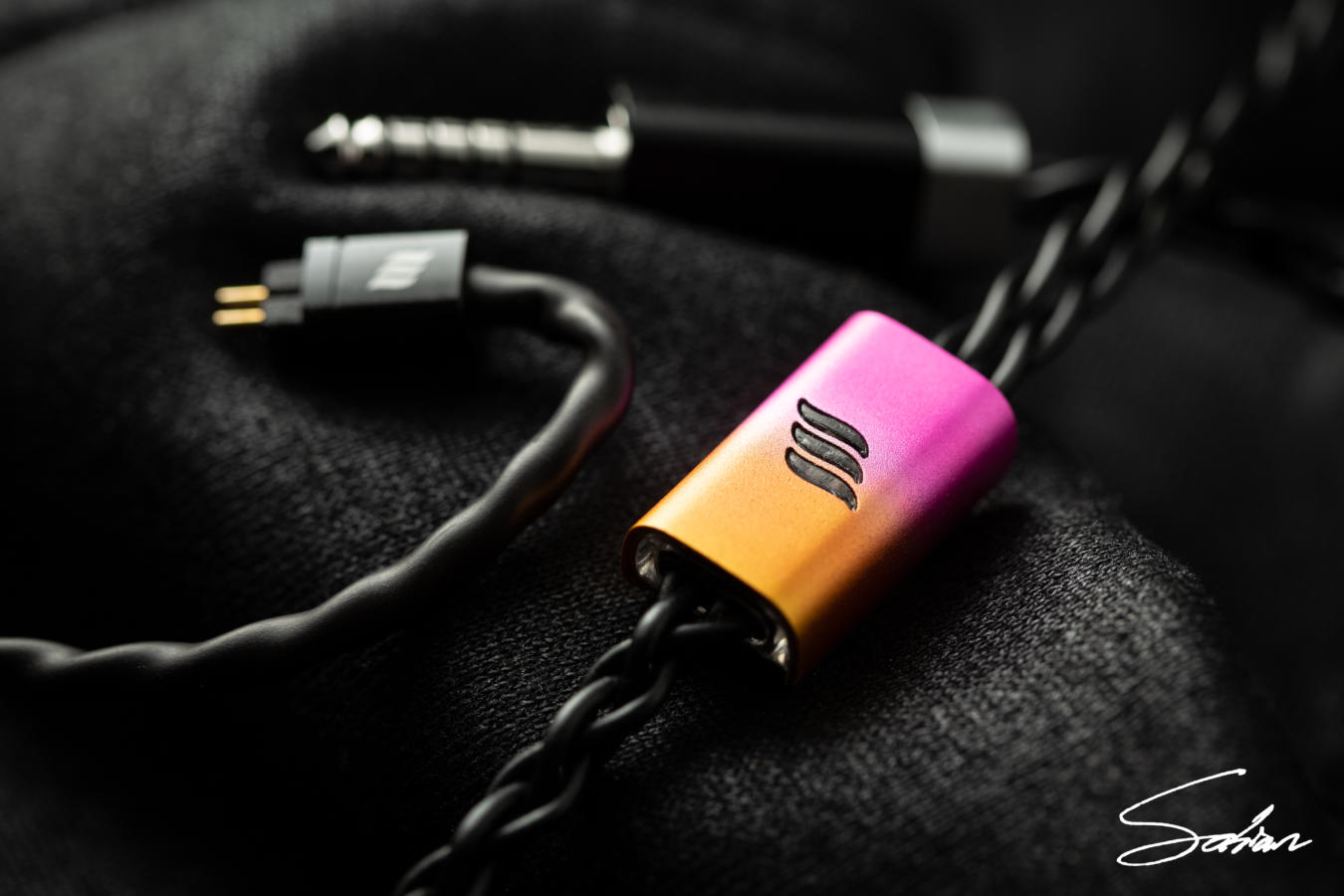 DISCLAIMER: Effect Audio provided the EVO 10 in return for my honest opinion. I am not personally affiliated with the company in any way, nor do I receive any monetary rewards for a positive evaluation. I’d like to thank Effect Audio for their kindness and support. The review is as follows.

Audiophiles will recognise Effect Audio among the planet’s most-popular cable brands. Based in the portable-audio hub of Singapore, they’ve gained recognition for their gorgeous, often-innovative aesthetics, their fancy, intricate accessories and – surely – the sonic lifts they bring to your IEMs. This year, they’ve bridged those concepts into an all-new line called the EVO Series, featuring copper-based conductors, brand-new hardware, brand-new insulation and an interchangeable faceplate system. We’re taking a look at the EVO 10: A cable with impact, vividness and punch coursing through its veins.

Packaging was a point of criticism in my most-recent Effect Audio review. But, that changes completely with the EVO 10.  Upon seeing it, I was caught off-guard by how different it was from their usual output, and I truly applaud the effort. The EVO 10 comes in a tall, towering box veiled in a matte-black sleeve. The sleeve features metallic-silver embossings, along with a peculiar, shutter-like, cut-out design. I initially believed this was gonna be one of those optical illusions, where the image underneath would “come alive” as you moved it across the shutters. But, that didn’t turn out to be the case, to my slight disappointment. Still, though, I admire their shift in packaging nonetheless, as well as the air of mystery it provides.

Unveiling the sleeve, you’re treated to a hi-res render of the EVO cable. And, lifting the lid open, you get your first look at the cable’s innovative, interchangeable Y-split, which we’ll discuss later on in this review. This is also where you’ll find the cable’s mini-manual; tucked inside its interior, cardboard cover. It’ll tell you about cable-swapping and maintenance, but I should note the lack of images here, apart from the bit showing you how to change the E-Faces. I think it could’ve been a hair more thorough. Moving on, underneath the cardboard cover, you’ll find the EVO 10 cable gorgeously displayed in a felt interior. You’ll get a close-up of this cable’s new, streamlined hardware too. And, Effect have even capped the 2-pin plugs with their own custom covers. So, again, they have stepped presentation up a notch here, and I’m ecstatic to see it.

Accessories are the one place where I feel Effect could’ve done a tad better. I would love to have seen a cable tie of some kind to really complete the package. A carrying case would probably be generous, but I think something like a tiny pouch wouldn’t have been out of the question. The only accessory you do get with the EVO 10 is a very fancy-looking, premium-feeling warranty card, which, by the way, I wouldn’t blame you for completely missing on your first unboxing, because it is sneakily tucked away at the bottom of its windowed cardboard insert. In fact, at the time of writing, I think my review’s the only one that’s mentioned it, so it’s even eluded some of the pros. Still, despite its lack of extras, I won’t rail too hard, because it’s something Effect usually nail. I’d just like to remind them that stuff as small as cable ties could go a long way.

I’ve always recognised Effect Audio by their bright, flashy-looking conductors, so this all-matte, all-black sheathing is a bit of a departure from their norm. But, they’ve done it for as good a reason as any; to spotlight their all-new, swappable Y-splits. As a base, the EVO line features a transparent Y-split; something I can definitively say I’ve never seen before and is arguably stunning already on its own. The four wires look almost like a window into an Iron Man suit. But, on top of that, Effect have added a mechanism that allows you to customise the Y-split’s faceplate as well. They call these plates E-Faces.

When you purchase the EVO 10, you’ll receive three E-Face colourways: Jet Black, Amethyst Purple and a random one out of a selection of five. This may be Fossil Grey, Space Grey, Marble White, Royal Gold or Sunset Hue, as seen on the photo below. I think this idea of turning the faceplates into something of a game or an easter egg hunt is a novel idea. Though, I hope they eventually become available to purchase separately for collectors’ sake. Swapping this faceplates’s as easy as carefully prying the attached one away – either from the top or the bottom – then slipping the new one in and lining it up with the Effect-Audio-logo-shaped protrusion on the Y-split. Again, it is great customisation and a rad idea on Effect’s part.

When it comes to changing out the E-Faces, I did encounter quite a bit of difficulty with the initial swap. After trying out a fair number of makeshift tools from plastic knives to credit cards, I eventually got the thing off with a fingernail and a lot of bravery. Subsequent swaps weren’t anywhere as tough, but it’s important to keep in mind that this process won’t ever be the smoothest in the world. For future iterations of the transparent Y-split, I’d recommend Effect add on a small notch or groove at the top and bottom, so there’ll always be a tiny gap between the Y-split and its E-Face. This way, it’d be much easier to slot a fingernail or a tool in. Still, though, it’s got the seeds of a stellar idea. All it needs is a tiny bit of fine-tuning.

The EVO cables have also switched their hardware up; now somewhat of a hybrid between Effect’s usual connectors and the ones from their Vogue line. Personally, I love how both the 2-pin and the source plugs have this anodised finish. And, the blockier shape makes them easier to grip as well; less slippy. I also adore the colour-blocking on the source plug; the contrast between the bright, silver top and the black body is strikingly gorgeous. I wish they would’ve employed a similar approach to the 2-pin plug. Perhaps, a silver finish on the area where the Effect logo is. So, you get more of that contrast up top, and you get stronger uniformity between the two connectors. That aside, though, the craftsmanship on this EVO 10’s hardware is stellar as usual, and this slimmer, more grip-friendly design should make handling quite a bit easier too.

When I first saw this EVO 10’s black jacket, I was initially concerned about what it could do to the suppleness and comfort that Effect’s cables were practically renowned for. But, once I did get a feel for them, I was relieved to find out that it was virtually identical to their previous cables. The only difference was they felt ever-so-slightly less slick to the touch. But, in day-to-day use, it’s a complete non-factor. They’re as flexible, memory-free and microphonics-free as their Leonidas II or Cleopatra. So, again, those worried about the EVO 10’s comfort should have no cause for concern. And, to top this all off, Effect have installed a very grippy, rubber cinch that’ll sit flush with the Y-split when all the way down; a beautiful touch.