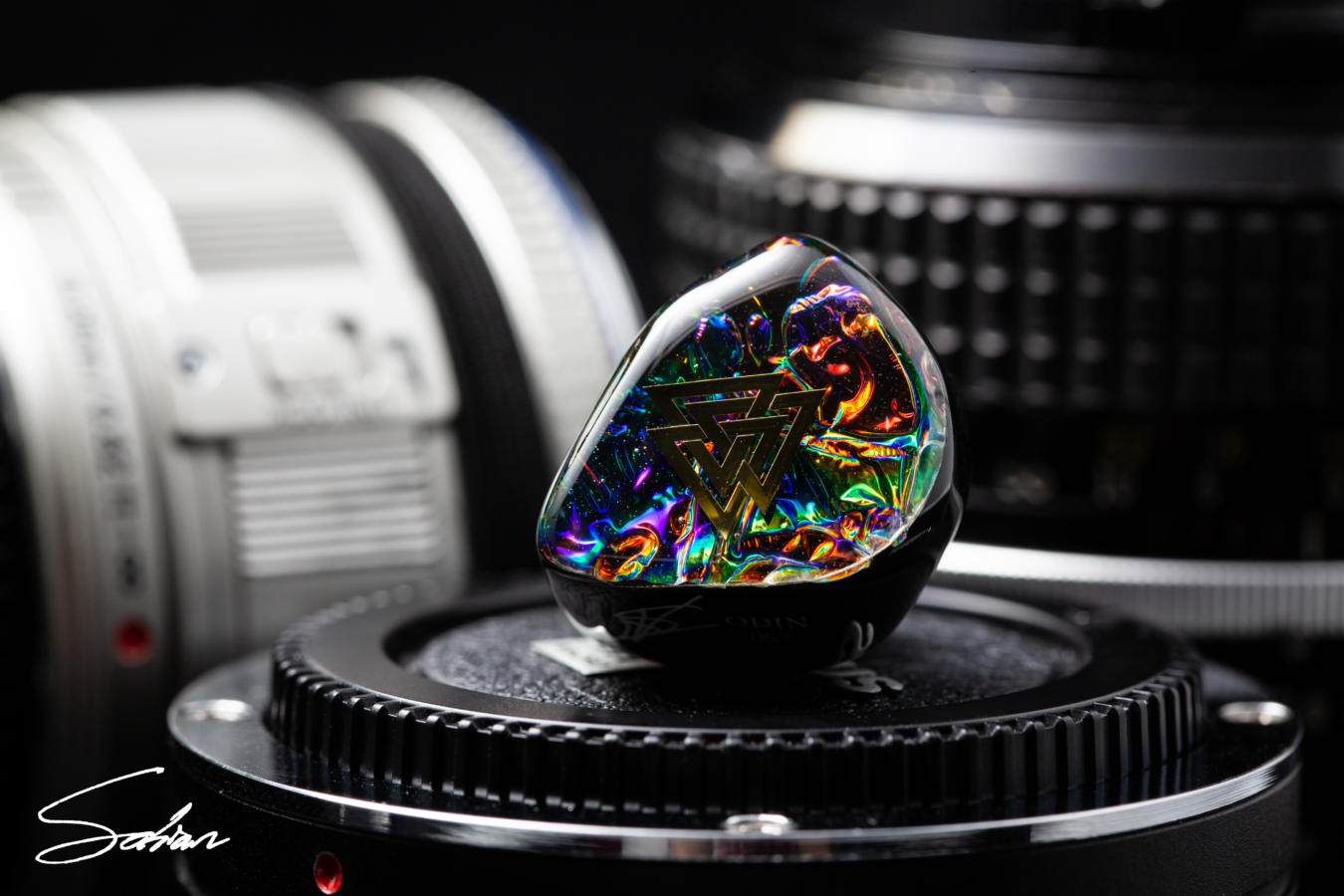 The 64 Audio A18s is almost a flip of the ODIN’s colourations, where it slightly lifts the lows and low-mids and neutralises the high-mids and highs. It’s similar to the ODIN in that it has a through-line of balance within these subtle lifts and dips. But, the differing tech within brings a slew of differences as well. Read more about this face-off on my A18s review here.

64 Audio’s tia Fourté Noir is a slightly meatier, beefier-sounding IEM, because it’s got more presence in the lows and low-mids. Instruments have more warmth to them overall and emanate more warmth to the stage as well. So, of the two, I’d say this ODIN has an airier-sounding stage, but with this lighter, higher tonality to its instruments too. This Fourté’s mids also tend to be chestier and deeper, due to its 2kHz lift. Whereas, this ODIN’s emphasis at 3kHz results in a more vibrant timbre with a brighter, breathier delivery. Because of that, I find the Noir more natural and lively with, for example, male vocals or the trombone, while the ODIN is more captivating when reproducing strings, flutes, keys and female vocals. Up high, the two are similarly rounded with an appropriate amount of tizz, though this Noir’s has a bit of a sharper bite to it.

Percussion is where I think it comes down to preference. The Noir’s w-shape, almost, creates lots of contrast between its kick, snare and cymbal. So, each drum will feel more distinct from one another and, therefore, result in a more dynamic, explosive presentation. On the other hand, the ODIN fills in those gaps in its frequency range a tad more, creating drums that sound more coherent and fluid. You’re missing out on a touch of punch there, but, what the ODIN gifts in return is a more complete, more even tonality to each drum. The kick has a tad more skin sound, the snare has more of its ring, etc. So, it’ll depend on taste. In imaging, I find this ODIN wider and more precise with spatial cues, while there’s more overlap on the Noir. Resolution is a close race, with the ODIN having cleaner separation and the Fourté having crisper transients.

FiR Audio’s M5 is a flagship monitor that, like the ODIN in a way, sounds vibrant and expressive. Though, how it achieves this is a much different discussion. It’s an IEM that relies more on its extremes for energy, rather than its midrange. Plus, it’s one that structures its stage differently too; capitalising on tightness and space, which contrasts the ODIN’s sweeping, enveloping mids. For a full breakdown on how FiR and Empire’s hybrid flagships compare, check out my M5 review here.

The Vision Ears ELYSIUM is drier and tighter-sounding than the ODIN, with less of an emphasis in the midrange and a bit more sparkle up high. The former’s vocals tend to be tighter and more focused towards the centre, while the latter’s can spread out a bit; again, still within their own pockets of the space. As a result, you get similarly-sized vocals and cymbals, for example, on the ELYSIUM, while the ODIN tends to emphasise the former. Immediately, this may determine which of the two is for you. The ELYSIUM, like the Fourté Noir, also has a sharper bite to its treble than the ODIN; a crisper timbre. Cymbals have a sharper edge, while they’re a touch feathered on the ODIN. Then, midrange details like string plucks, rim shots, lip smacks and vocal breaths are emphasised on the ELYSIUM as well. Still, though, both IEMs lean closer towards smooth than tizzy. When it comes to the ELYSIUM’s air and extension, it will come down to the source powering the CIEM.

The ELYSIUM’s electrostatic tweeters are a lot more power-hungry than the ODIN’s, requiring more juice to truly open up and stabilise. Although this ELYSIUM is certainly no slouch when it comes to imaging, there’s a noticeable gap between it and the ODIN in separation, instrument placement and micro-dynamic energy when they’re both powered by a portable source. This ODIN resolves tinier details like chimes, bells and cymbal tails with more integrity and ease, and it separates left and right more aptly too. The ELYSIUM is definitely capable of the same, though it only matches the ODIN when met with a capable amplifier. Finally, down low, the ELYSIUM has the warmer, more present bottom with a mid-bass rise. The ODIN’s bottom-end is tighter and more tactile, with that characteristic, Weapon IX verve. In addition to its more effortless rendition of the sub-bass frequencies, the ODIN’s simply got that piston-like, DD pump that a BA just can’t compete with.

The Empire Ears ODIN is an animated, expressive, vivid-sounding monitor that puts its own stamp on what a flagship in-ear can sound like today. Amongst the current crop of reference-aimed, target-abiding, top-of-the-line earphones, it’s an obvious outlier that embraces colour, vibrance and immersion. And, yet, beneath its numerous liberties and twists lies a nuanced, sophisticated, refined tuning you’d be hard-pressed to find in a monitor this theatrical. It cherry-picks the best out of each driver type to deliver dynamic, robust instruments almost all across its frequency range. Then, it drops them all in a pristine, open stage with the headroom to freely ebb-and-flow. As they have time and time again, and despite the more unlikely it gets each time, Empire prove that they’re never short of an ace-in-the-hole. To those who crave a grand, towering sound, the ODIN will prove as much a technical masterclass as it is a riveting listen; a milestone for veterans on the hunt for more colourful heights, and a tease for the budget audiophile to what the future will some day trickle down.