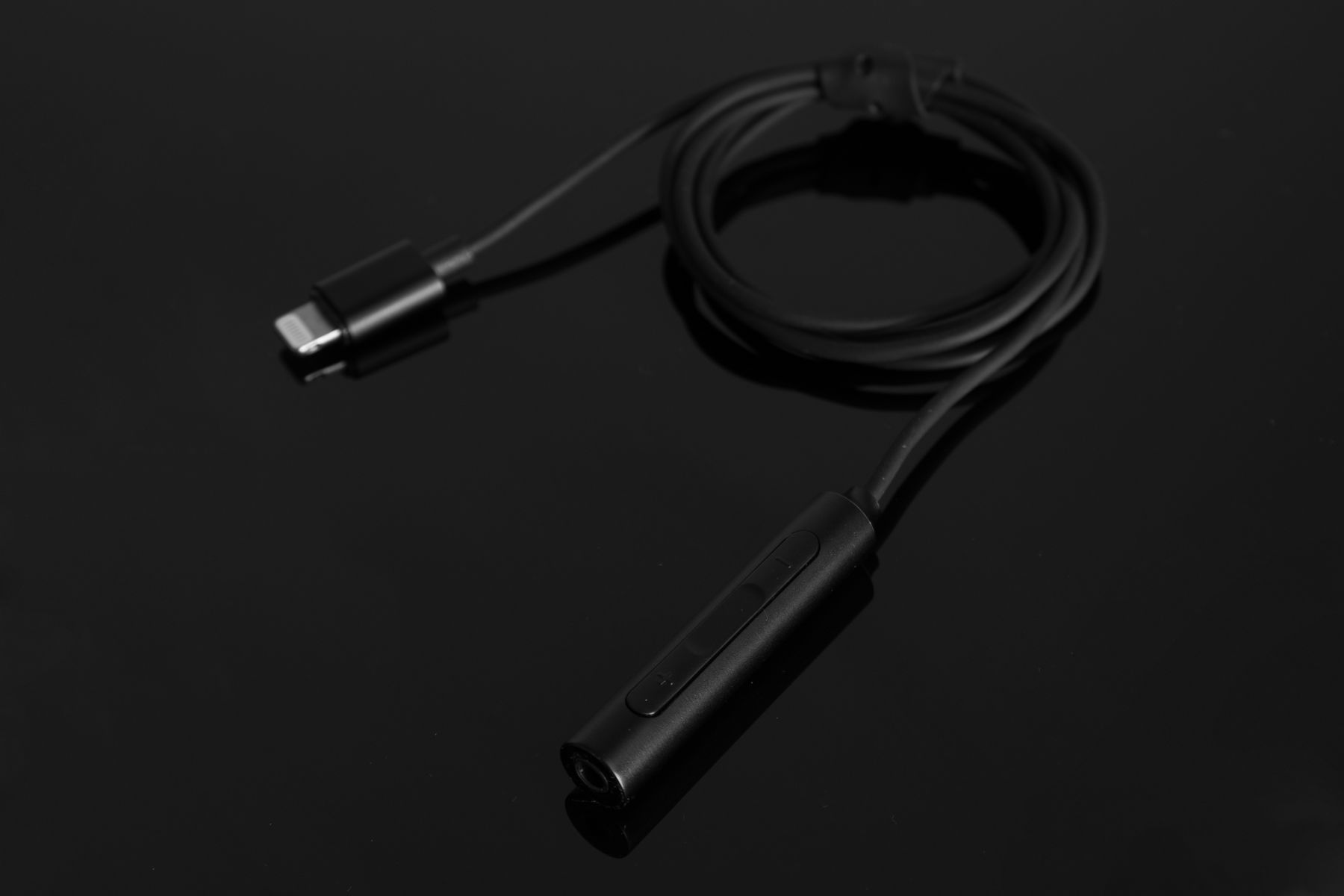 The i1 utilises the NAU88L25 codec/DAC chip which sports some pretty decent measurements that compare favourably to the IOS dongle. The chip also supports a whole range of file types and sampling rates up to 192kHz though file support is more limited by the Lightning interface and Apple’s software; users have suggested that 3rd party apps such as Onkyo’s music player will output these files. To provide some context, I think most modern Apple devices sound pretty similar with exception of the Nano and Shuffle. They all have mostly similar output powers and all carry that signature Cirrus sound which is very clear and perhaps more on the brighter/clinical side. In terms of measurements and specifications, the i1 is immediately quite comparable to the iPhone’s stock output (6, 6s and iPod Touch 6G). Honestly, that’s not a bad thing given that the iPhone has essentially zero background hisses and sounds pretty good in all other areas; I would put it on par with a low-midrange dedicated DAP save for its more limited output power. Taking into account that new iPhones are over $1000 here in Australia, it’s good to see that the $40 i1 is at least as good in terms of SQ. But as good isn’t enough of course, especially when Apple sells their own adaptor for just $12. And while I don’t think the Fiio holds a huge advantage over the iPhone or Apple dongle in terms of outright quality, the i1 retains the same strengths of the iPhone, the lack of hiss and smoothness of the sound, in addition to being considerably more musical with that typical fuller, warmer Fiio house sound.

In terms of power output, the i1 is very similar to the iPod’s jack and every volume level is almost perfectly matched between the two. By specification, the i1 does produce a little more current than the iPod/iPhone though as aforementioned, total voltage output is very similar. The i1 also has a very low output impedance which, combined with the additional current, makes it perceptibly better for low impedance earphones and portable headphones. That being said, if the iPhone’s stock volume is not sufficient for you, you might want to look into Fiio’s A1 or A3 instead as the i1 provides no volume advantage over the stock output. Hiss is also exemplary on the i1, my most sensitive earphone, the 64Audio U3 (114dB, 12ohm) had barely audible hiss that was quickly buried when music was playing, even on the first or second volume level. The iPod did hold a slight advantage with zero background hiss, though the difference is really quite insignificant and most earphones don’t pick up hiss on the i1 at all.

As a result of their tonality, the i1 is a more listenable source that the stock iPhone, not with already thicker, warmer consumer headphones, but with more balanced audiophile orientated products for which the i1 was intended. The i1 still sounds pretty clean but has more aggressive detailing throughout. Resolution isn’t mind boggling though it is at least as resolving as the iPhone without being as granular in the higher frequencies. Soundstage is one of the more noticeable advantages, providing appreciably more width and separation in addition to sharper directional cues; the atmosphere crafted by the i1 during live recordings of Led Zeppelin was cleaner and more compelling than the stock iPod output. The differences aren’t night and day, but can rather be appreciated over longer listening sessions. It should also go without saying that the i1 can’t compete with high-end dedicated sources like the Fiio X5 III, X7 and Chord Mojo though it never intended to even compete with these products. Instead, the i1 is a nice, compact source that assimilates nicely into the smart device ecosystem while bringing a taste of audiophile refinement.

In terms of synergy, I found the i1 to be a better pairing to the majority of my earphones than my iPod Touch 6G and iPad Mini 3. Leaner earphones definitely found the greatest benefit though you don’t need a reference neutral earphone to take advantage of the i1. Notable examples include the Hifiman RE-600, which is an incredibly neutral and transparent earphone, and the TFZ King which is both very resolving and very source picky. The RE-600 is a pretty horrible pairing with any IOS device, it’s lean, mid-forward nature becoming overly forward and thin. From the i1, the RE-600 gains more body and weight to lower notes, sounding smoother and less granular. Perhaps most importantly, their soundstage expands which greatly helps to alleviate those over-forward vocals, making for a more nuanced and pleasant experience. The TFZ King tells a similar story as an earphone that is quite sensitive to higher output impedance devices. The King actually pairs pretty decently with most IOS devices, save for the 5 which had a higher output impedance, producing considerable low-end roll-off. With the i1, the King extends further with more visceral rumble and its stage becomes cleaner and darker, making everything sound more effortless. And even more expensive earphones like the 64Audio U3 are well served by the i1. The U3 has excellent resolution and easily reveals flaws in the source, it is also very susceptible to background noise so the quiet, low impedance i1 makes for a splendid pairing. When compared to my iPod Touch 6G, the U3 gained more midrange body, bass notes had greater definition and the treble performance, in particular, became noticeably more separated and airy. The i1 also finds a home for users of inferior IOS devices like the aforementioned 5, ensuring that audio and volume will be consistent from device to device. While I can occasionally get some fatigue after listening to my iPod for longer sessions, I didn’t find myself experiencing this with the i1 due to its warmer nature and the i1’s improved resolution and dynamics ensure that this tonality don’t interfere with quality.