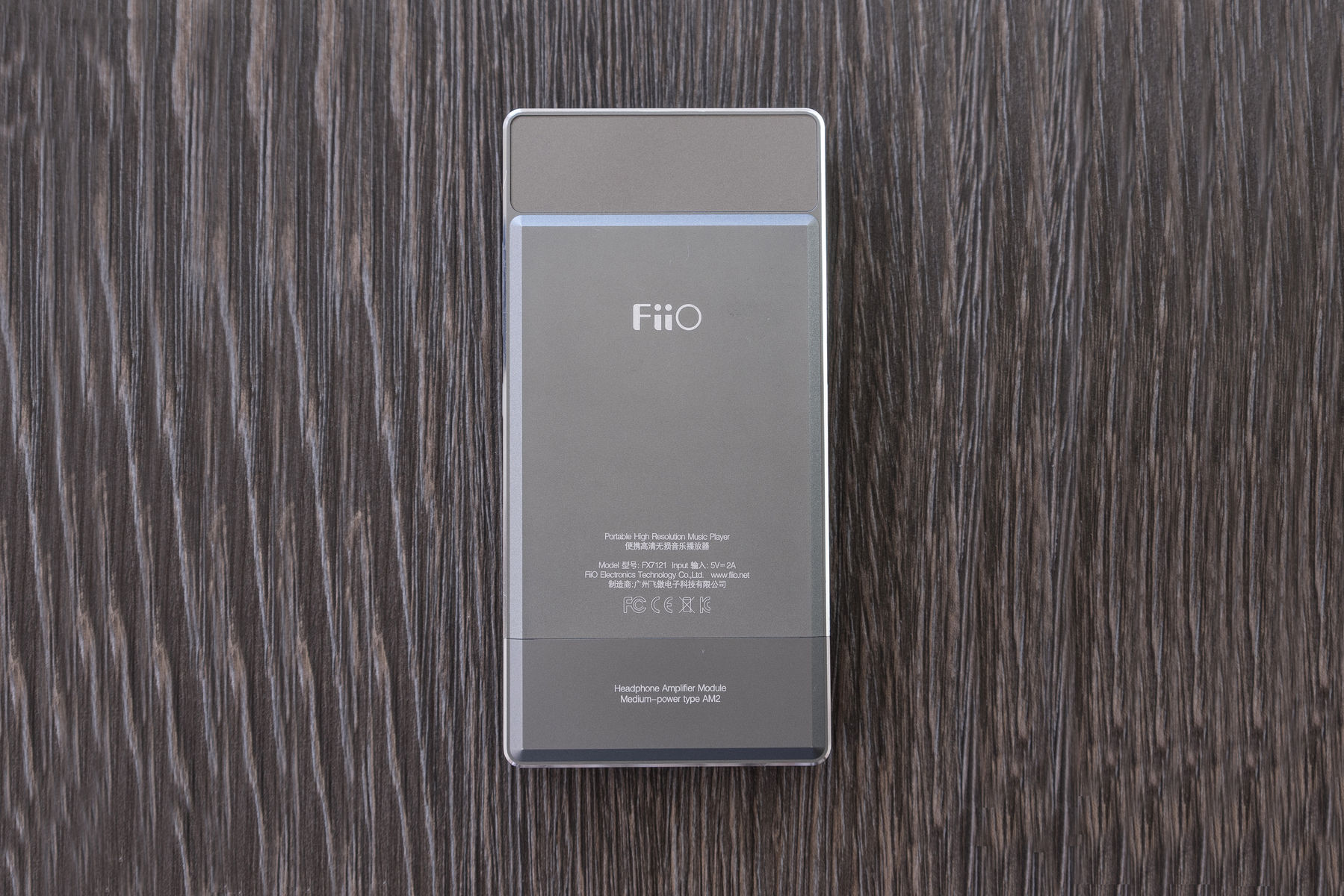 The X7 is Fiio’s former flagship that was released almost 2 years ago to a good critical reception. And while there were some more critical reviews about the device’s software experience, few had much negative to say about the player’s sound. And in 2017, the X7 remains a fine sounding source. I would still recommend looking into a pure DAC/AMP if value is your prime concern, but the updated X7 provides a nice smart user experience combined with a well-refined sound and its strengths remain just as pertinent as ever. When evaluating the X7’s sound, I mainly listened to the Campfire Audio Jupiter ($1300), a very sensitive mulit-ba monitor, the Flares Pro ($600), a more power hungry iem and the Sennheiser HD700 ($800) which is a relatively source sensitive headphone.

I won’t delve further into the player’s file support and exact specifications but will link Fiio’s website with all the details below: http://www.fiio.net/en/products/45/parameters

Describing the sound of the X7 was more daunting than I had presumed due to those swappable amp modules, each of which carries its own sound. I decided the AM2 module would make for best comparison since it has similar output power to my other similarly priced sources over the stock AM1 module which has notable lower driving power. This also allowed for more accurate volume matching and to my ear, the AM2 sounds a little nicer with a slightly more full-bodied sound that well balances the slightly brighter signal produced by that Saber DAC.

Starting with noise, the X7 with either the AM1 and AM2 modules benefits from very minimal hiss, much less than the X5 III and HA-2 which makes it much more desirable for sensitive iems. I’m a low volume listener and quite sensitive to noise but even the Campfire Jupiter, which is probably one of the most hiss prone earphones available, only picked up minimal amounts from the X7. It isn’t silent, but noise is unlikely to bother any listener. I feel that the AM2 is the most versatile module, as it also had no issue driving my 150 ohm HD700’s. They were missing some dynamics and soundstage space compared to my desktop amp though I found the X7 to do a better job than both the HA-2 and X5 III with its increased output power; 300mW on the X7 vs 250mW from the X5 III and 220mW from the HA-2. All sources have a sub 1ohm output impedance which I can confirm in independent listening, I experienced nice sub-bass extension from my Jupiter and no other frequency response wonkiness. Perhaps my only issue with the amplifier performance of the X7 is some fizzle when WiFi is active, something that doesn’t affect the X5 III. It isn’t a huge issue and only occurs occasionally when streaming music, but it is very noticeable on sensitive monitors. Some may also frown upon the necessity of buying additional amp modules, which are around $150 AUD each, though some retailers offer bundles that include multiple modules for a discounted price. For most uses, the AM1 will be sufficient and the AM2 is a nice all-rounder that provides low noise to sensitive monitors and enough power to higher impedance earphones and headphones.

The X7 implements a single Saber ES9018, a highly regarded DAC chip with great file support and terrific sound quality. It is a highly resolving chip that is known to carry a slightly brighter sound and some implementations are prone to “Saber glare” which manifests as a sense of over-forwardness within the upper registers. With that said, I’ll start with some basic comparison to the Oppo HA-2 (based on the same DAC chip) to illustrate Fiio’s implementation. Both sources unsurprisingly carry a very similar tonality with the HA-2 being slightly clearer and the X7 a little more full-bodied. The HA-2 holds a small advantage in bass reproduction with a little more definition than the X7. I lean forwards and backwards with regards to midrange performance, the HA-2 produces clearer male vocals but female vocals don’t quite sound as natural as the X7 with a thinner body. The HA2 is also slightly more forward in their upper midrange which makes them sound a little more resolving but also more fatiguing long term. Treble is interesting, the HA-2 is a little crisper while the X7 retains a smoother character. I feel that the HA-2 separates slightly better though the X7 sounds a lot cleaner with appreciably less background noise with sensitive iems. I would probably take the X7 for all day listening and the HA-2 for shorter sessions, both are fantastic sources though those who don’t require a full player will save a few dollars by going with the HA-2, or perhaps the SE model with reduced background noise.

I also feel that comparison with the new X5 III is important as it’s always interesting to see how older flagships compare to newer midrange offerings. Starting off with soundstage performance, the X7 has a really well-rounded presentation that is nicely expansive but also very coherent. Instruments are allowed to radiate and atmospheric effects have the appropriate projection yet more intimate instruments and vocals are never artificially distant. This grants the X7 with a really nice presentation that flatters both in-ears and open back headphones. By comparison, the more laid-back X5 III does sound a little more immediately spacious, but it lacks the placement precision of the X7; vocals sound more distant and lack the intimacy of the X7 and instruments don’t project quite as much as they should when called for. The X5 III also lacks the depth of the X7 which makes them a bit less convincing for live recordings. While the difference between the two sources isn’t enormous, upgrading from the X5 III to the X7 won’t turn your HD650 into a HD800, buyers with well-performing in-ears and headphones will find a notable upgrade with the X7.

And this quality can be partially attributed to the varying tonalities between these sources. I have to reiterate that the differences between sources aren’t astronomical, perhaps not even immediately noticeable, but during extended listening, the individual characteristics of each device becomes clear. Off the bat, the X7 is probably one of the best Saber ES9018 implementations I’ve heard, it isn’t quite as bright as the Oppo HA-2 but retains the same kind of clean, clear and well-detailed sound. It’s lack of hiss also makes it the clear choice for use with sensitive iems; the X7 provided a much more agreeable listen than the X5 III with the Jupiter simply due to its vastly lower levels of noise. The AKM based X5 III does carry their more mellow tones over the more forward X7, some may call it the more musical or analogue sounding source and those prone to fatigue may actually find the X5 III to be the more listenable source. But for my tastes, the X7 is pretty spot on, the HA-2 that I daily is a similarly resolving source, but it does occasionally come across as over-bright and forward, the X7 is just a little smoother and tones down the glare a bit to produce a more neutral listen. The X5 III is considerably more laid-back, it is a softer sounding source with less intimate vocals, it is also less linear throughout and bass is notably fuller at the cost of definition. However, the X5 III avoids sounding congested and overly laid back though it’s aggressive detailing, they actually have a bit more bite to their upper midrange than the X7 though the X7 still retrieves more outright detail and presents them in a more natural manner. The X7 has a considerably smoother midrange with improved resolution and a little more clarity, especially to male vocals. The X5 III doesn’t quite sound as transparent and revealing as the X7 even though the X7 is the smoother sounding source. And this trend extends into their high-frequency performance; the X5 III lacks the upper treble extension and resolution of the X7 which saps texture from high hats and cymbals are clearly more detailed and natural on the X7. The X5 has a tendency to sound a little crunchy when details run rampant while the X7 handles more complex passages with refinement that the X5 III isn’t able to achieve.

The X7 remains the more refined sounding source and it’s still the device I would listen to every day despite being a bit older. The X5 III is a fine sounding source but it is missing the smoothness and resolution of higher end devices even though detailing and musicality are very impressive. Of course, the X5 III remains the cheaper device, but with the X7 ageing and the impending release of the new X7 II, that price gap is quickly narrowing and buyers should strongly consider spending a little more for the X7, especially with that AM2 module.