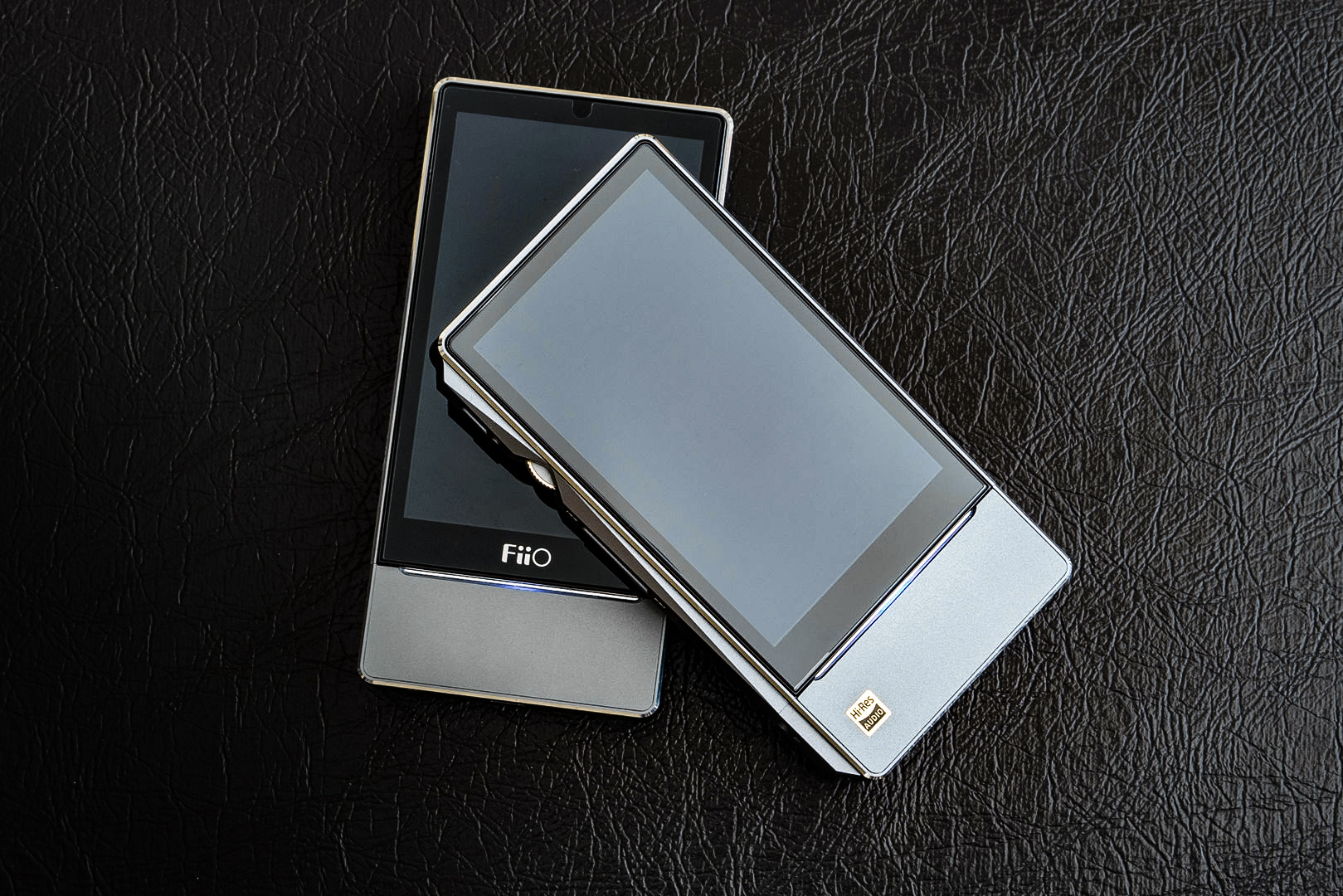 The X7 II is Fiio’s flagship DAP and from basic perusal of its specifications, it seems very competitive with current devices and appreciably updated from previous generation players though real world testing will reveal whether Fiio’s implementation stacks up. At face value, the X7 II may seem comparable to cheaper devices such as the Oppo HA-2SE with it SABER 9028 DAC chip, however, the Fiio player implements the Pro variant as opposed to the Q2M; the X7 II is using the desktop chip, not the portable variant, translating to higher audio quality at the cost of a considerably higher power consumption. So while the Oppo HA-2SE sounded very similar to the 9018 based HA-2 to my ear, the X7 II provided a comfortable performance advantage over both my HA-2 and original X7. The X7 II also comes with a completely new amplifier module, the AM3A. Utilizing the AD8620 OPAMP, it is a slightly more engaging module than the old AM1 and AM2, the output power is also notably improved over the stock AM1 that came with the 1st generation X7, especially the balanced output which benefits from a 50% power increase over the TRS output. And this technical prowess underpins a delightfully natural sound that is markedly less “digital” than previous players, I think a lot of buyers who had issues with the X5 III will find the X7 II a large upgrade. You can see the full list of specifications and supported file types over at Fiio’s website here. 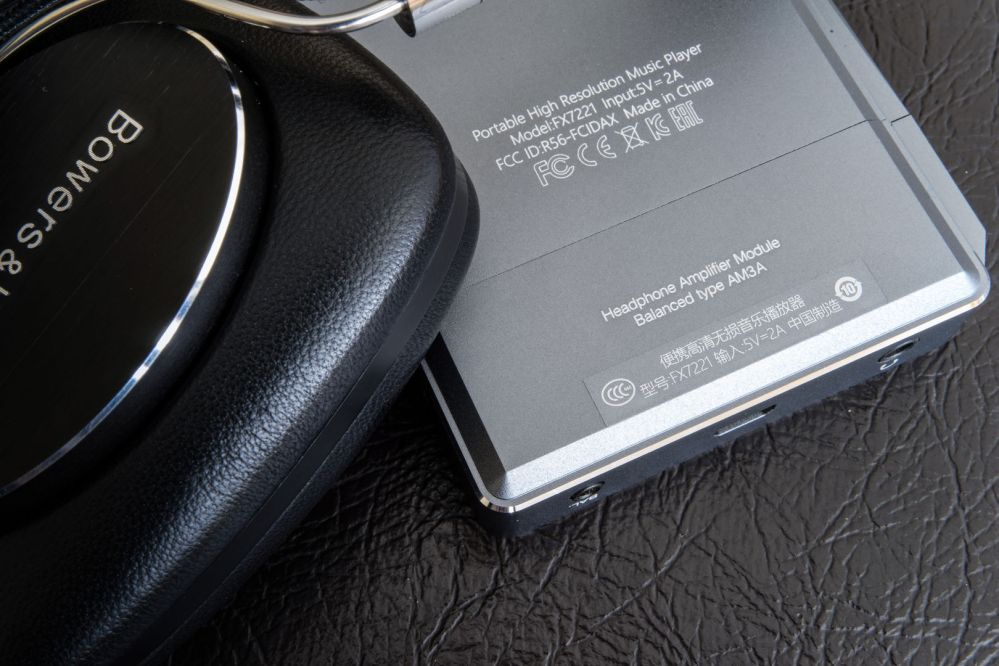 As with the original X7, the II utilizes a modular amplifier system that enables users to switch between various power outputs tailored towards various uses. However, the X7 II comes with a completely new module, the AM3A, that is markedly more versatile than the AM1 that came preinstalled on the original model, featuring increased power output, a more engaging tone and a balanced output. The AM3A is a very nice sounding module with plenty of power output for any portable earphone/headphone in addition to some easier to drive full-size headphones. It forgoes the very smooth, lush tone of the Muse based AM2 in favour of some added clarity and engagement. However, Fiio’s new amp module still does a fine job at keeping that Saber glare in control, the X7 II has a noticeably smoother upper mids/lower treble transition than the Oppo HA-2 which makes it the more refined source. This is also likely due to Fiio’s particular implementation of the 9028 DAC chip yet it’s still good to see that users can extract great performance from the stock setup since the X7 II is a flagship device. In terms of noise, the AM3A is a little noisier than the AM1 and AM2 which isn’t terrible since both of those are almost dead silent. With my Campfire Jupiter, probably one of the most hiss sensitive earphones out there, the AM3A produced a light hiss that was quickly masked when music was playing, even at lower volumes around 10 of 120 steps. By contrast, the AM1 and 2 are just barely audible. The AM3A also produces a notably wider soundstage than the AM2 which is only compounded upon by the superior DAC chip in the X7 II. 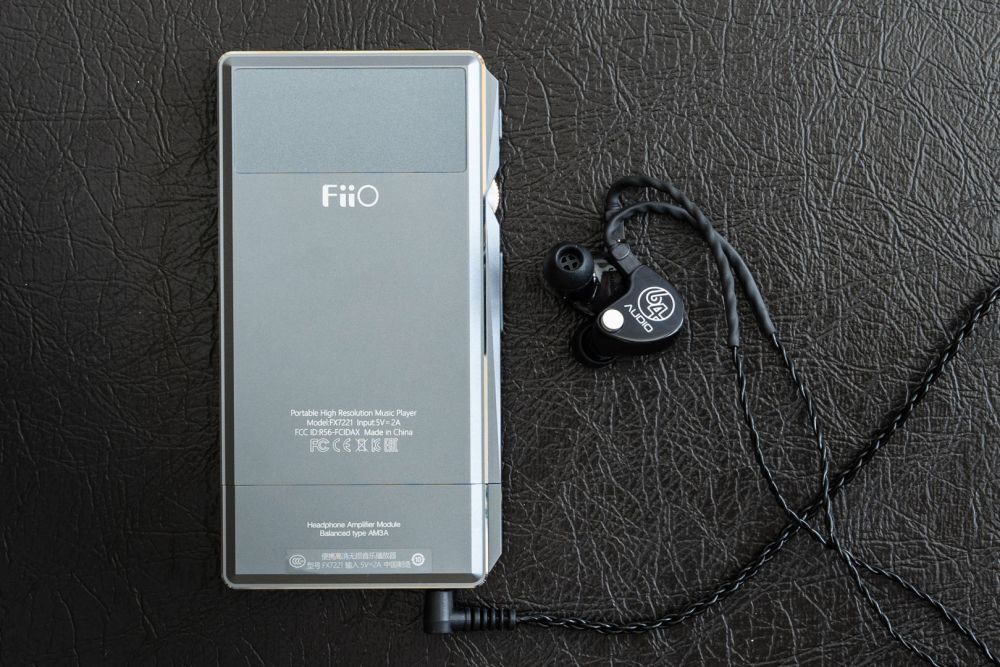 The 9028 Pro is a really excellent DAC chip that compounds on the strengths of the 9018 and in Fiio’s case, tones down that Saber glare in favour of a more neutral, linear sound. The X7 II is a very balanced source to my ear and an exceptionally transparent one that allowed the strengths of whatever earphone/headphone I was using to shine through. I’ll talk about the X7 II’s sound-staging first because the player really surprised me. Plugging in the Master & Dynamic MH40, and the X7 II offered notably improved space over the X7. Width is excellent, depth is very good and separation is among the best I’ve heard from a portable source. This is especially clear when listening to more complex tracks or slightly darker, more laid-back headphones like the MH40; where the MH40 can sound a little congested or distant with inferior sources, they simply sound spacious with the X7 II. The Fiio didn’t drive the M&D’s quite as well as the iFi Black though it was surprisingly close in terms of space, separation and imaging with a more linear tone to top it off.

And speaking of tone, the X7 II is a very linear, neutral and transparent source, one of the most immediately balanced I’ve come across however, that’s not to say that the X7 II is not an engaging source. This starts with their bass reproduction where I recruited the help of the ultra-dynamic Cardas A8. The X7 II delivered excellent extension into the lowest of lows, sub-bass was super tight and rumble was textured. Steely Dan’s “I Got The News” was snappy and visceral with drums linearly feeding into mid-bass riffs. The X7 II also delivers a very nice midrange, they retain that smoother tone of the X7 with a little extra clarity on top. As such, the X7 II is more engaging, it isn’t quite as lively as the iFi Black but mids are clear and transparent. Vocals also have great definition and a very natural tone that was free of any grain; whether I was listening to modern pop or the mellow tones of Utada Hikaru, the X7 II produced excellent layering and clear separation of instruments. The X7 II isn’t an analogue sounding source, but it doesn’t sound overly digital to my ears either. Highs are probably the biggest upgrade over original X7 and other 9018 based sources. I didn’t notice any glare to the X7 II, upper mids are natural and treble well integrated, a step up over the Oppo HA-2. When listening to the exquisite Campfire Jupiter’s, the X7 II invigorated them with quite an effortless sense of detail combined with great treble texturing and separation. Furthermore, the X7 II provided great treble resolution and a little more shimmer than the more smoothed off X7.