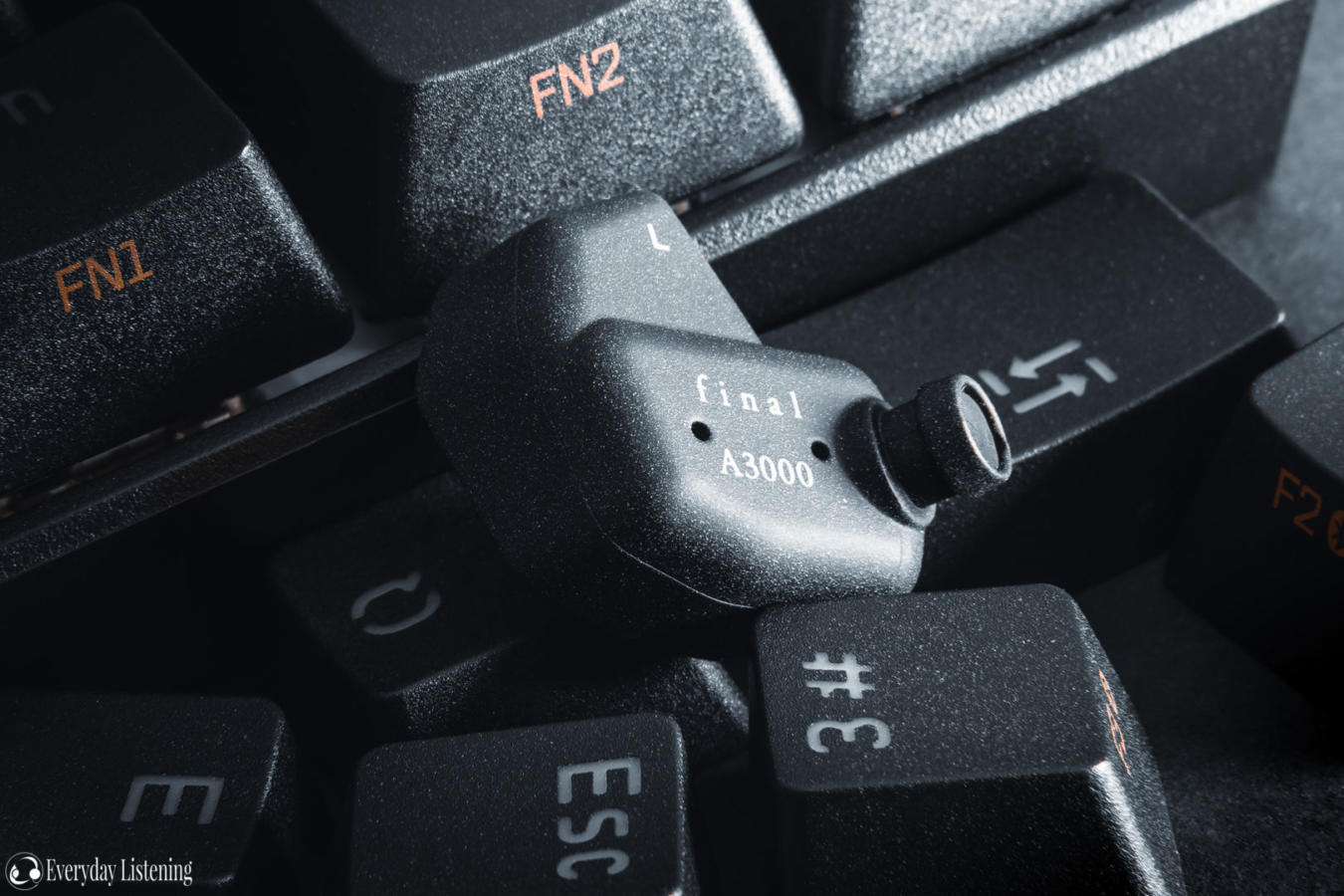 Interestingly, the A4000 isn’t so much of an immediate upgrade from the A3000 as it assumes a relatively different approach to a similar kind of sound and may polarise more due to its reduced tri-frequency balance. Perusing Final’s marketing, balance and linearity never appeared to be the goals here. The A4000 instead offers a bright V-shaped sound with strong clarity counterbalanced by a healthy boost to sub-bass energy. It provides stronger contrast and even higher-separation than the A3000 at the cost of balance and coherence. As before, the tone is neutral though now occasionally pushed slightly cool in tone. The A4000 introduces a more forward bass but also brings up the midrange to an even greater extent. Its treble doesn’t feel quite as aggressive in so doing. Clearly, neither of these earphones cater towards those wanting perfect timbre or linearity. What the A4000 does provide is a quick, defined note presentation that works in tandem with revealing tuning to offer technical ability rarely seen at this price point.

The A4000 has slightly more bias towards the sub-bass compared to the A3000 and slightly less bass presence relative to its midrange overall. It is tonally cleaner and more dynamic with slightly improved sub-bass extension delivering a heavier slam than its cheaper sibling if still not a heap of pressure and rumble. The timbre is also a bit more accurate. Notes are bold and slightly enlarged but the mid-bass is cleaner and more separated. Accordingly, the slight tubbiness is gone. This creates a more dynamic and defined sounding presentation that does sound more aggressively textured and also more composed on busy tracks.

In addition to boasting a cleaner tuning, the A4000 also appears to offer a faster bass than the A3000. Again, it isn’t as warm or full in the mid-bass, its greater deep-bass focus working to the benefit of separation. However, it does appear generally more composed and resolving. Attack and decay are very fast, especially in its price class and mid-bass is highly articulate and textured. Bass isn’t huge and occupies a little less presence than on the A3000. However, technically, the agility and definition on display do exceed its price class.

Where the A3000 gunned for a more W-shaped signature with mid-bass, vocals and treble in equal measure, the A4000 places more overt emphasis on its midrange. More specifically, the upper-midrange is now considerably more prominent, being lifted to a greater extent than its bass. By contrast, the lower-midrange dip is exacerbated, creating a thinner, higher contrast and also higher energy sound. The A4000 is more forward and also more obviously bright in its expression. The tone is no longer reliably neutral but can be cool on some tracks. Though similarly not a metallic sound, the A4000’s vocals can sound a bit diminished and strained.

Male vocals especially have a proclivity to sound a bit dry and, at worst, even hollow though this is rarely the case. Female vocals, though similarly coloured, are generally well-represented, being delicate and clear. This is an articulate monitor and, similar to the A300, is borderline sibilant on some tracks though just shy of it. It isn’t excessively sharp or intimate, but the A4000 does swing a bit excessively into brightness for my liking; to the extent that the voicing and timbre are negatively affected. I do enjoy the clarity and it is surely a highly defined and open sounding earphone that said.

Though the graphs do look vastly different, the treble tuning in the context of its midrange tuning, doesn’t sound a whole lot brighter than the A3000. In fact, it even sounds a bit smoother as the midrange sits in front of the lower-treble as opposed to slightly behind. In turn, treble sounds less isolated and more linear. Due to the nature of human hearing, I do perceive a slight upper-harmonic lift despite the linearity on graph. This means treble instrumentation, as before, has a nice tone and timbre but slightly thin body and a crisp presentation that draws focus towards the minutiae.

The A4000 is a touch sharper in terms of transient response than the A3000 and, thereby, provides a slightly more detailed image much like the bass. Given that it is already a brighter sounding earphone, this can make it sound fatiguing at times. As before, the background is on the airy, open and brighter side, though less obviously so here as the middle-treble isn’t as emphasized by comparison. It retains an open and airy image with abundant headroom and introduces no additional extension, sparkle or micro-detail above.

The A4000’s technical bump over the A3000 is clearly evident when it comes to soundstage. It takes the strong in-class performance of that model and expands the stage into what can universally be considered spacious. Of course, there are high-end models that do exceed this, but I can’t think of an IEM remotely close to the A4000 with a similar soundstage. The size is exacerbated by much more defined layering than the A3000 and sharper imaging. In addition, the same excellent separation remains which only heightens the perception of space, air and openness.