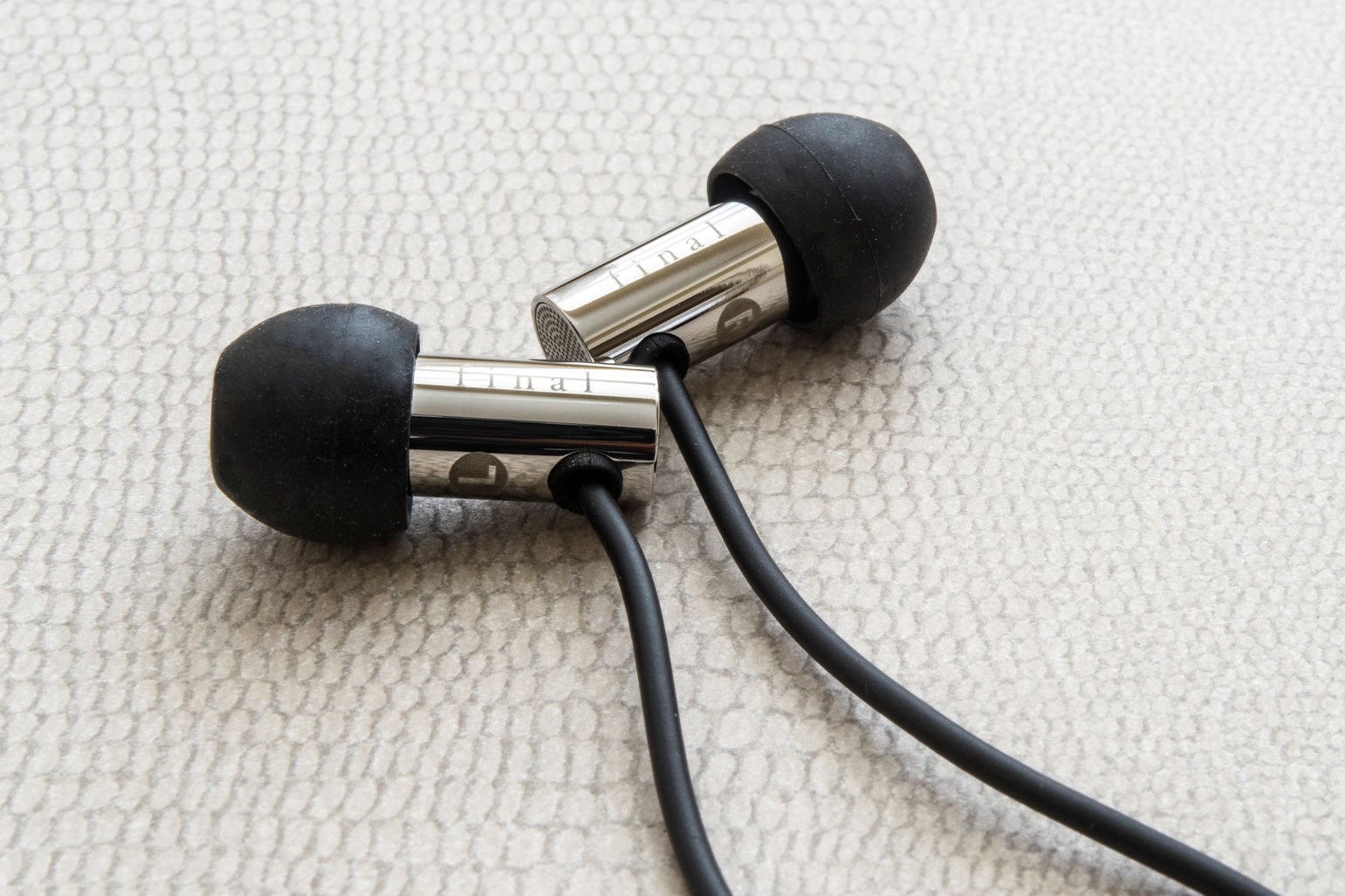 The Final E3000 forgoes the usual brighter tuning carried by most Japanese in-ears in favour of an easier listen. They are an L-shaped earphone with a mid-bass focus and descending emphasis above. Some small bumps in upper midrange clarity and extra lower treble aggression ensure that the E3000 never comes off as explicitly veiled much like the Oriveti BASIC though treble is very polite in tone. And considering their asking price, the Final’s are quite mature in their execution though not without their flaws.

Bass is very full with a mid-bass and to a lesser extent, sub-bass focus. They have a lot of power and weight to their low-frequency response at the cost of speed. Lows don’t drone but drums radiate for a little too long and quicker electronic tracks do tend to get muddied. They aren’t as concise as the more balanced Meze 11 Neo but they extend more into the sub-bass frequencies with depth and rumble that easily exceeds their asking price. Sub-bass isn’t quite as tight as I would like and bloat is apparent, but the E3000’s warm tuning and excellent range provide a very pleasing listen that is just as compelling as other offerings around this price.

Listening to The XX’s “Islands” and the E3000 provided awesome rumble to the song’s heavier sub-bass tones but drums were a little hazy and some smearing of finer texture was apparent. The Shozy Zero provides more apt comparison as a more bass orientated earphone, it does have greater definition and power though Final’s budget offering possesses more balance and sounds less bloated overall. The E3000 still isn’t perfectly balanced and can easily come across as muddy but they have a very organic tone and the best sub-bass rumble and extension I’ve heard around this price.

Mids are reasonably balanced overall with a darker tone though the Final’s lack the scooped sound that a lot of budget earphones succumb to. Upper mids are clear and smooth with nice extension, as is common for Final and Japanese in-ears in general, while lower mids are full-bodied with a rounder note presentation. Male vocals and acoustic sound very organic but border on thickness though clarity is above neutral throughout, especially with regards to upper mids. Layering isn’t super apparent and resolution doesn’t match that of the Fiio EX1 2nd Gen, but midrange detailing, both background and foreground is just as good.

The E3000’s also sound pretty natural, some older Final earphones tended to sound oddly voiced but the E3000 definitely carries a more “mainstream” sound for lack of better terminology. Vocals are natural if full bodied and instruments such as piano and guitar are smooth and mostly clear considering their fuller style of tuning. Listening to Eric Clapton’s “Layla” and the E3000 provided nice separation and air to each instrument with well centred if slightly distant vocals. The EX1 2nd Gen by comparison, was more lower-mid recessed though that earphone also has greater clarity and a more neutral sense of body with increased resolution of layering. The E3000 produces a smooth, laid-back midrange that retains enough clarity and aggression to satisfy more energetic genres.

Treble is great considering the E3000’s asking price thoug its very smooth tuning will not suit all listeners. The first thing I noticed was that treble was very detailed, one of the most detailed earphones I’ve heard at this price, though their laid-back nature translates to a more polite high-frequency presentation. This is aided by the E3000’s treble body that grants cymbals and strings with nice depth and texture. The main downfall of the E3000 is a roll-off at the top which can make higher details sound truncated and some middle treble details are a bit distant. As a result, they aren’t the airiest earphone around though they have some nice crispness within their lower treble.

And coming back to one of my personal favourites around this price, the Fiio EX1 2nd Gen has more extension and sparkle to its highs in addition to much more aggressive detailing. That being said, the difference in outright detail retrivel isn’t huge and the E3000 is considerably smoother in its presentation. This was especially notable when listening to PSY’s “Last Scene” where the Fiio provided more bite to strings and shimmer to cymbals as opposed to the more laid-back Final. However, the Fiio sounded slightly artificial and thin within its high-end, it also isn’t suited towards longer listening sessions. The E3000 may sound dull in direct comparison, but it is a very natural, refined sounding earphone that thoroughly impresses with its listenability.

The E3000 is another earphone whose smoother sound is salvaged from outright veil and congestion through a spacious soundstage presentation. The E3000 is the most immediately spacious earphones I’ve heard around this price despite not having the airiest, most extended treble response. Even the semi-open EX1 2nd Gen fails to match the space and projection of the Final. Width is excellent, stretching just outside the head and depth is well above average. Imaging is on a similar level to the other earphones around this price; instruments are easy to locate but they are lacking some speed and sharpness to their image. Centre image is also slightly hazy, especially when compared to more expensive models. Separation between frequencies is great, their large space preventing bass from encroaching upon the midrange and mids upon treble. That being said, due to the nature of their tuning, bass notes tend to become a little congested though I had no issue with their midrange or high-frequency presentation.