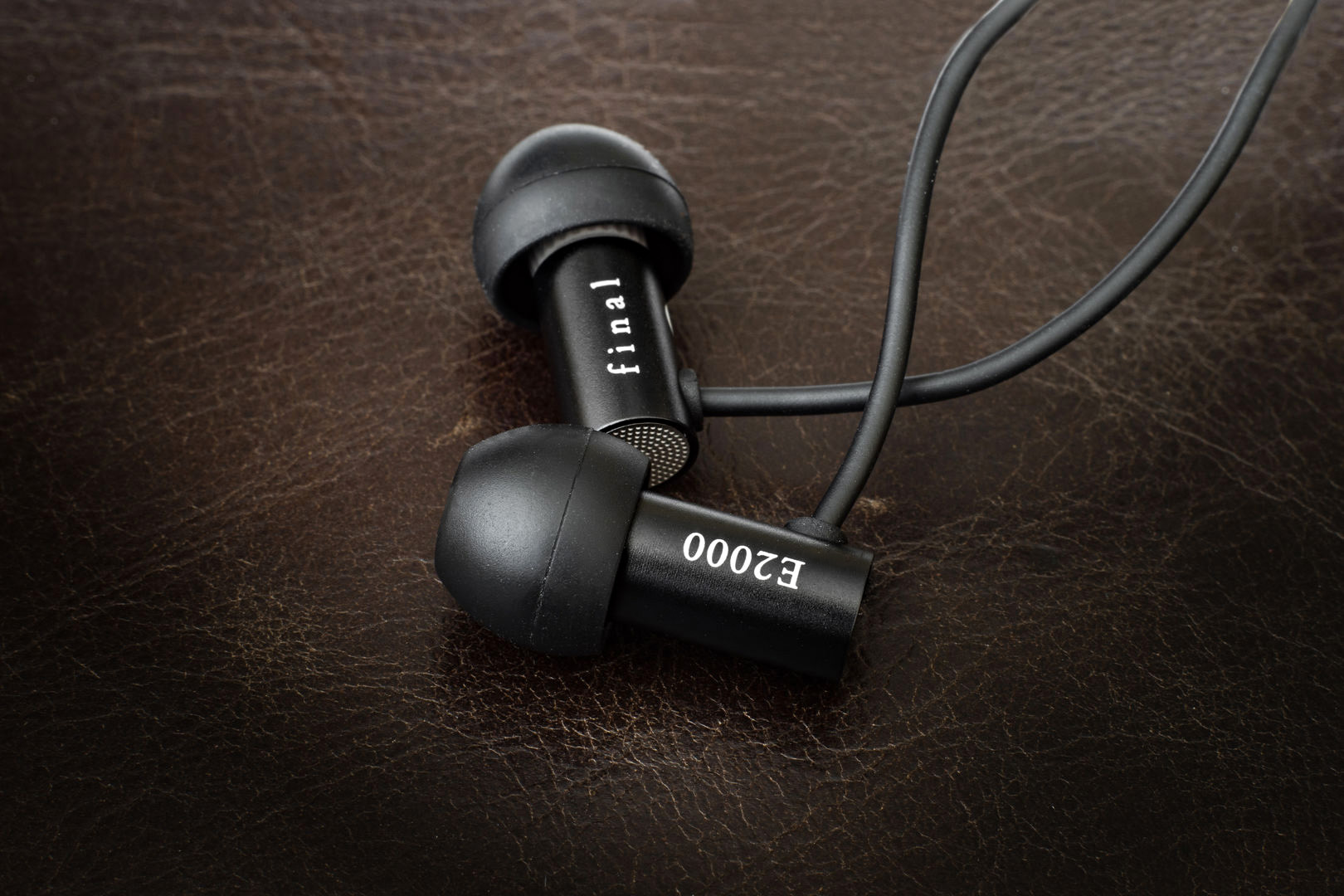 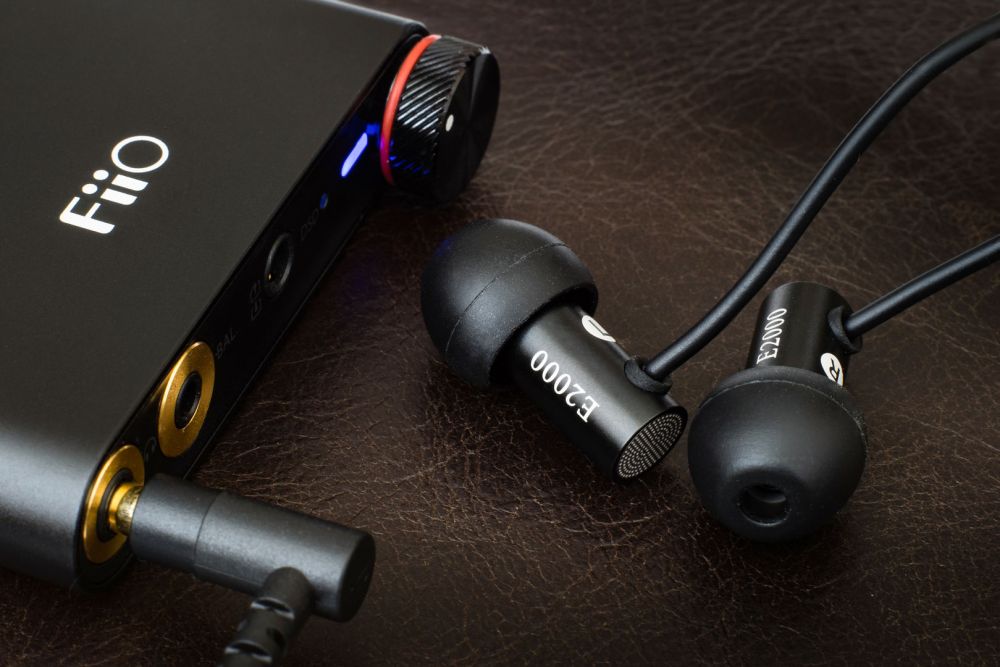 The E2000 has a very tasteful v-shaped sound with a mid and to a lesser extent, sub-bass emphasis combined with some additional middle treble crispness. Mids aren’t upfront, but integrate well into the sound. And compared to similarly priced offerings, the E2000 is more on the balanced side, especially when compared to the more bass orientated E3000. Most notably, the E2000 has a clearer midrange and more prominent high-end that does a better job balancing out their boosted bass response. As such, the E2000 finds nice genre versatility with some added engagement keeping things interesting.

The E2000 has an excellent low-end response that finds a nice balance between power, fullness and control. Sub-bass extension is almost as good as the E3000 and better than the vast majority of competing models, though they are less emphasized and tighter in their presentation. Rumble is well-defined even if sub-bass still isn’t quite as tight as the Fiio EX1 2nd Gen and they have nice slam when called for. Mid-bass holds the most emphasis in the sound which is quite typical, granting lows with a full tone. However, the E2000 is still one of the most controlled, linear earphones around this price, allowing it to avoid the bloat and muddiness of the E3000 though again, the more sub-bass orientated Fiio is slightly cleaner yet at the cost of linearity. And during extended listening, this more linear tone grants the E2000 with such an addictive lushness without the irking bloat of the Zero and E3000 or the perhaps overly cool tone of the Fiio.

Otherwise, texturing is good and bass separation is much better than most competing models like the Shozy Zero and Meze 11 Neo. And though bass isn’t profoundly detailed, their tasteful tone combined with their separation enables intricacies to be more easily discerned. The E2000 thus excels with many genres, they have plenty of sub-bass slam to service rock and pop while remaining clean and separated enough to service acoustic and jazz. Their added mid-bass fullness is also very tasteful, more so than Final’s higher-end offering, producing an articulate low-end response that impresses both in terms of tone and quality.

Though the E2000 may diverge from the E3000 in its tonality, both are cut from the same cloth with regards to overall character. The E2000 retains the fuller tone of the E3000 but forgoes its thickness and warmth in favour of more clarity and balance. As such, the E2000 is immediately more transparent and versatile, it isn’t as easy going as the E3000 but manages greater transparency through more accurate lower mids and upper midrange prominence. It is still on the slightly darker side, but female vocals are very clear and delicate while maintaining the extension of the E3000 which greatly benefits Asian music and instruments such as piano and guitar. Male vocals remain slightly full-bodied but lack any excessive thickness and female vocals are clear but also slightly thin though no more so than the EX1 2nd Gen. Extension is nice and there are no major dips or spikes within the midrange, retaining that smoother character of the E3000.

The E2000 is also surprisingly technical given its price and though the E3000 has a slight edge in outright resolution. That said, resolution is high on the E2000 and its more linear tuning, spacious stage and clarity all enhance the presence of smaller nuances. Detail retrieval is very good, they don’t quite possess the body and layering of the E3000 but their clearer tuning is more detail forward. This creates a generally more aggressive presentation though the E2000’s possess very impressive refinement considering their price. Furthermore, voicing is spot on, the earphones sound pretty darn natural even when compared to a lot of the best performers around $100 like the Kinera H3. So while they aren’t the most outright lucid, revealing earphone out there, the E2000 handily bests a lot of in-ears around the same price and does well to keep up with some costing quite a bit more.

Treble is detailed and clear with slight prominence over the midrange imbuing the E2000 with some extra clarity. They are immediately more vibrant than E3000 and Meze in-ears though not to the extent of the Fiio EX1 2nd Gen. And like the Fiio, the E2000 has more of a middle-treble emphasis combined with a slightly thinner note presentation which can make instruments like cymbals sound slightly splashy. However, the Final has more accurate instrument timbre overall and, like its midrange, it is not neutral but quite linear when compared to competing models. Extension is also good, they retain the roll-off of the E3000 so aren’t quite as resolving as the EX1 2nd Gen at the very top, but they do achieve a similar level of extension to earphones from Shozy and Meze. And since treble is more vibrant below, the earphones possess a nice amount of air more, in fact, than the E3000, and are generally more revealing within the higher frequencies.

And as far as technicality is concerned, treble, while slightly thin, is still very well detailed and crisp. They lack the treble spike that a lot of chifi earphones around $100 employ and this more refined, mature tuning keeps sibilance in check while benefitting texturing. They are actually more detailed than the E3000 and more aggressive in their presentation with more attack and bite to each note. Strings are well portrayed and the treble response successfully engages without fatiguing the listener. While some grain is apparent, especially noticeable with guitars and strings that lack the smoothness of the E3000 and Meze 11 Neo, never do the earphones come across as strident, harsh or coarse. They are crisp but naturally voiced with great, almost outstanding technical ability.

The E2000 has a very spacious soundstage though, due to its more forward sound, it doesn’t quite match the space of the E3000. That said, width is excellent, not out of the head but on the periphery, and depth, though more intimate, projects well, providing a lot of immersion to vocals and instruments. In addition, due to the E2000’s more balanced sound, imaging is noticeably better than the E3000 though still not pinpoint precise. Centre image is slightly diffuse but solid in the grand scheme of things and separation is very good for the price, in between the excellent EX1 2nd Gen and the E3000 which are among the best performers around this price. They also lack the bass congestion of the E3000 and highs are noticeably airier due to their revised tuning. Listening to Arcade Fire’s “The Suburbs” and the E2000 provided excellent tonal weighting, vocals were enveloping and stereo image wide, instruments were all-encompassing without coming off as distant and directional cues were well placed.

The E2000’s are more transparent than the E3000 and better reflect the qualities of the source device as a result. They remain easy to drive with a 12ohm impedance and 102dB sensitivity making smartphone use a breeze. However, the E2000 actually scales pretty well with a dedicated source, especially bass that tightens up quite a bit with some amplification. However, users with more powerful smartphones like the LG V20/30 and HTC 10 may not feel the need for a dedicated amplifier or DAC/AMP and the earphones still lack the outright resolution to take full advantage of something like the Chord Mojo or Shozy Alien+. The E2000’s don’t require a dedicated source but will scale nicely when attached to one, they actually sound better from a slightly fuller sources which helps smooth out their thinner upper midrange and treble response.