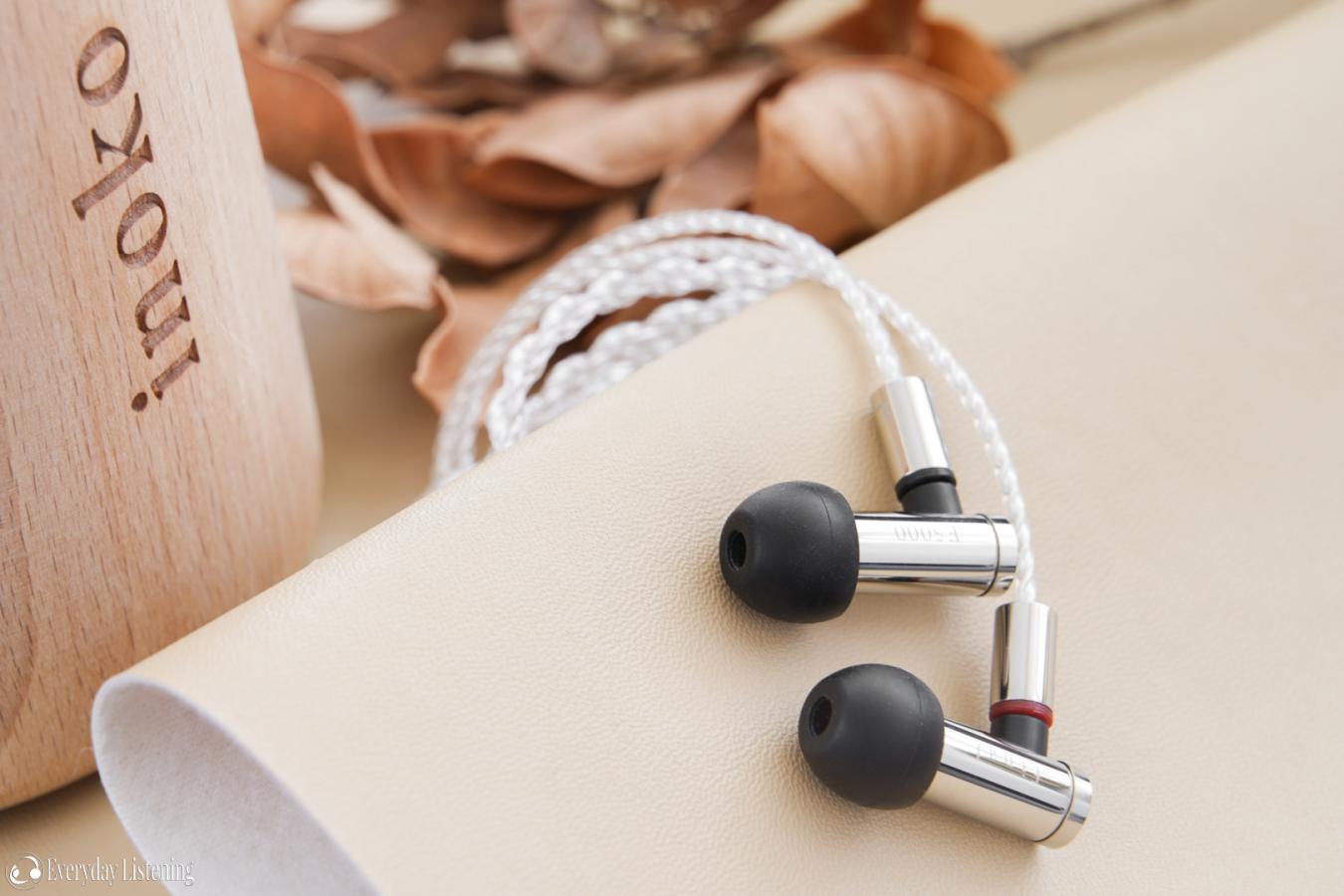 I’ve chosen to put the E4000 second as the E5000 surely represents Final Audio’s pitch best. The E4000 very much resembles its pricier sibling with a roughly L-shaped signature, however, it introduces a more balanced signature with less warmth and body. Lows are warm and full, but are more linear than the E5000, with less mid-bass focus. As such, their tone isn’t as warm nor are they as full-bodied in general. The E4000 has more vocal presence and greater balance overall. Its high-end is more present and crisper with a small 7KHz emphasis as opposed to the completely smooth E5000. The E4000 is the more transparent of the two earphones and also the more mainstream in terms of tuning, however, in so doing it loses some of the same magic with regards to staging and composition.

Where the E5000 has bold, thick and warm notes, the E4000 is cleaner and more linear. It retains terrific extension into the physical alongside moderate sub and mid-bass emphasis with a touch of bias towards the mid-bass. However, this earphone doesn’t have the same boominess as the even bassier E5000. Similarly, the E4000 mitigates some of the added warmth and fullness with a neutral upper-bass and slightly recessed lower-midrange to prevent excessive vocal colouration. As such, this earphone comes across as more linear with a more accurate low-end timbre.

I raved about the E5000 and it is with regards to extension and control that the E4000 similarly rewards listeners. It isn’t quite as controlled and detailed as the E5000, however, as it has a cleaner tuning, it is similarly defined with a touch more separation. The E4000 similarly carries natural decay yet its notes lack the keen resolution of the E5000. As such, its texture is smoother and fine details aren’t quite as apparent. Nonetheless, those concerned the E5000 will be too bassy for their preferences will surely find appeal with the more balanced, less bloated E4000.

Here, the E4000 also diverges from its sibling, being more balanced with greater vocal presence. It remains a very natural earphone and one with slightly higher clarity but without those perfectly whole notes. To clarify, this earphone similarly climbs to 3KHz prominence before a small dip at 4KHz for density and smoothness. However, as it has less low-end presence and a more forward centre-midrange, vocals occupy similar prominence to bass and are more neutral in body, the tone also isn’t as warm.

Furthermore, the lower-treble and upper-midrange are both more present on the E4000. This permits greater clarity but also introduces a hint of over-articulation into their sound. Nonetheless, this too is a highly smooth earphone devoid of sibilance and with an excellent timbre that sounds correct and faithful. However, the key differentiators are with regards to body and note resolution which are both noticeably higher on the E5000 if at the cost of vocal extension and clarity.

The E4000’s top-end indeed carries more detail presence and crispness. Percussion is more forward and notes have a sharper attack than the smoother and darker E5000. In the grand scheme of things the E4000 remains a fairly smooth earphone, certainly not peaky or aggressive in its own right. It is similarly, well-textured and detailed with slightly bolstered instrument body. That said, the E4000 is a touch splashy up top with the E5000 being cleaner and more extended.

As the E4000’s foreground is more prominent, its similarly black and immaculate background can become overshadowed along with smaller details that reside here. As such, though the E4000 provides the impression of greater detail presence, detail retrieval is not as high overall. Still, this is a sound densely propagated by fine nuances if a slightly uncontrolled splashiness not present on the E5000. Resolving power remains high for an earphone of considerably lower cost and again we observe minimal sparkle or micro-detail if newfound energy within the lower-treble.

The E4000’s treble extension permits a fairly large soundstage that extends just beyond the head. It’s noticeably more intimate than the E5000 on behalf of its more forward vocals and brighter top-end with less extension. That said, it is similarly rounded with excellent imaging. The E4000 has a coherent presentation over crafting hyper-defined layers. Vocals have a very strong centre image while instruments possess their own space to the sides. Directional cues are sharp but transients aren’t quite as swift as the E5000. Separation is higher than the E5000 throughout with a little more air around each element, however, as the highs are less even and linear, the lower-treble can overshadow some background details here.