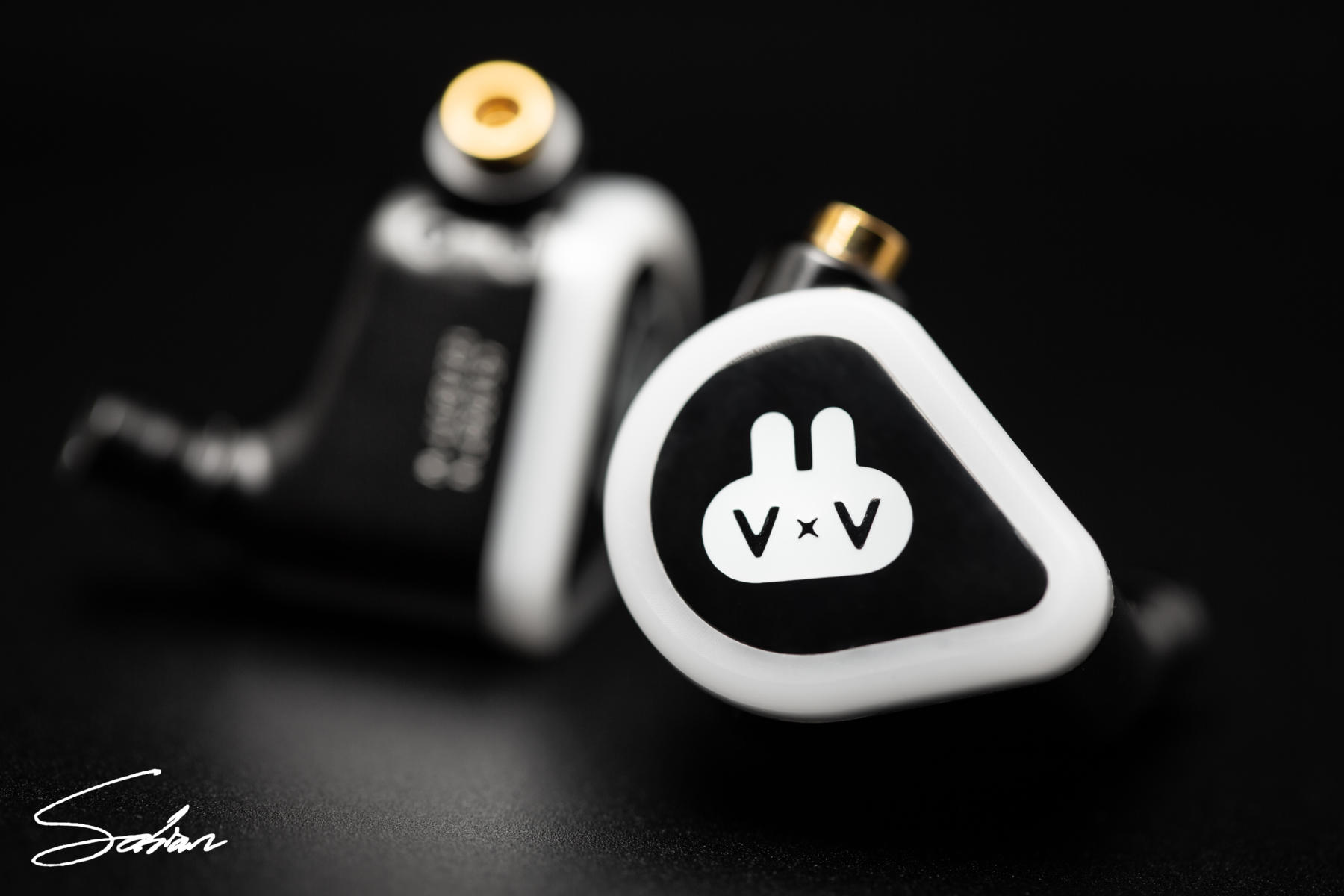 Sonically, The FiR Audio VxV fully embodies the jack of all trades. It’s an in-ear that coasts or rides with the music without imparting much colour of any kind or stomping its authority all over the track. There’s definitely a warmth rooted in the mid-bass, which imparts smokiness. But, that aside, the VxV truly just sits back and lets the music casually play out. That is what allows it to be as versatile as it is. It is as engaging with small-scale – solo – arrangements, as it is with multi-piece ensembles. But, again, as a jack of all trades, it doesn’t specialise in any genre in particular. It’s probably not the in-ear to get if you’re looking for another hue to add to your collection. But, if it’s your first high-end purchase, or if you’re looking for an easygoing, everyday piece for casual, on-the-go use, this VxV’s easygoing, unintrusive tonality will really fit the bill.

Thankfully, though, this unbiasedness never becomes dull or bland, and much of that has to do with this IEM’s technical achievements. The VxV is one of the most spacious in-ears I’ve heard in its price range. Its high-end extension hands the space structure and order, which is why it sounds more organised than a lot of its competition. Its backdrop is deep and dark too, which lends the VxV’s instruments a vividness when they leap onto the image. That is also what allows leads to pop, despite its more-relaxed high-mids and high-highs. With Nathan East’s Elevenate, for example, while the bass, again, imparts that smokiness throughout the stage, the vibraphone, snare and soft, almost-whispered vocals cut right through with ease. In resolution, it, again, impresses. It’ll obviously be fuzzier-sounding than the high-end IEMs I’ve just reviewed, but it doesn’t stop the VxV’s technique from impressing; clear, airy and lively in spite of its blasé, unscented, linear sound.

Down low, as mentioned, the FiR’s dynamic driver imparts a fullness to the midrange, as well as warmth to the stage as a whole. It doesn’t ever get too smoky or veiled, even. Again, its stage is kept nicely crisp, so you shouldn’t worry about this in-ear ever sounding too saccharine or soft. The bass has a clear, piston-like pump to it coming from its 6mm diaphragm. But, it’s never heavy-handed either, because of its relatively-relaxed sub-bass. The mid-to-upper-bass is more prominent here. So, with kick drums, for example, you’ll get the thump without having the beater dig through your chest. Perhaps, it won’t be the most ideal for the most morbid of bassheads out there. But, again, it’s all in the name of versatility. The tone of the bass is big and bold as well. On upright basses, you’ll get those warm, woody vibrations in full, with less impact on the pluck. But, ultimately, it’s, again, a rich, weighty versatile low-end that ticks most boxes without stepping on any toes.

Technically, clarity on the bass is slightly above-average to my ears. The warmth and smoke its mid-bass imparts relative to the verve and rumble of the sub-bass can mask certain textures. Kick drums rarely sound too different from one song to the next, and you likely won’t pick up on little bass fills as easily either. But, it compensates with extension and weight. Kick drums and toms have roundedness and heft, which can often get neglected in sub-$1000 IEMs. Again, they’re never heavy-handed, but they always hit with authority. And, a lot of that comes down to the low-end’s size as well. Kicks aren’t compacted or compressed into a tiny ball in the middle of the stage. Rather, the VxV’s plentiful headroom allows them to radiate and decay, so those sounds feel as large and imposing as they should. That is equally true for double-pedal work in metal, as it is for floor-tom fills in R&B; again, versatility. All in all, it’s a true crowdpleaser’s bass done really, really well.

The VxV’s midrange honors structure and integrity; ensuring instruments are full-bodied, well-formed and robust, rather than ultra-crisp, zingy or sickly-sweet. There’s an emphasis on how rounded and substantial they are, with how loudly or clearly they project being a secondary priority. That comes from a palpable 2kHz rise, which imparts those meaty, chesty notes, followed by a more-relaxed 4kHz range to dampen those brassier ones. So, when listening to horns or vocals, you won’t get that bright, nasally profile. And, you won’t get those clang-y overtones on snare or hi-hats either. It’s a bit more subdued than FIR’s M in-ears, but I personally think it benefits versatility. Whether it’s male vocals, female vocals, guitars or keys, there’ll always be body to the mids and richness to its texture, so those sounds are always as tactile as possible.

Although, as said on Presentation, that straightness does not translate to a lack of energy or bite. Again, this VxV benefits from a crisp, dark background, which gives these instruments vividness and impact. Whether it’s horn stabs on the Jacob Mann Big Band’s Hold Music or the simmering organ on Nick Jonas and the Administration’s Last Time Around, energy will always be present. The few times it may lack is with power ballads like Jennifer Hudson’s I Run or Celine Dion’s The Power of Love. It won’t deliver that operatic feel that, say, the Warbler Prelude can. But, again, it’s a trade for versatility’s sake. In separation, this VxV doesn’t quite meet the M4 or M5, because of its fuller low-mids. But, it easily matches its peers. And, it’ll best quite a few dynamically too with its eye for ebbs and flows, which’ll result in soundscapes that breath a lot better.

Up top, FiR have tuned this VxV’s treble for fine, precise, quick-sounding transients that cut and run without a trace. This isn’t a high-end that’s ever splashy, glare-y or brash. It’s one that pricks with the tip, then dips into the foreground below. Its first peak sits at about 5kHz, which gives an edge to hi-hats and cymbals. And, it’s what lends the snare drum its crack too. Unlike the M in-ears, this VxV’s low-treble peak sits just below its midrange, so you’ll get a softer, more natural touch that isn’t dominated by the transient. Listening to Pat Metheny’s Pathmaker, there’s a light silkiness to the guitar, the ride cymbal and the shaker, which softens them a tad compared to what you may get on the M3 or, say, Sennheiser’s HD800. That’s then met with a peak around 8kHz, so s sounds still sound like s sounds, and t’s close with a good tick, rather than turning into a shhh… or pfff… Tonally, to me, it’s a superb midpoint between soft and sharp; nicely natural and easygoing.

Further on, the VxV shelves down its upper-treble for, again, a more natural, organic hue to its tonality. You don’t get the extra hit of air that brightens or sharpens everything up. But, at the same time, it doesn’t roll-off or fall either. It’s a well- extended top-end that maintains authority, stability and precision over its imaging and dynamics. Instruments don’t ever mush together positionally or in how they ebb and flow. And, more crucially, the highs then mesh perfectly with the mids for near-perfect cohesion across the board; better than FiR’s M in-ears to me. Again, it’s really a controlled shelf that lays the high-treble back, but with the room it needs. When listening to a track like Mac Ayres’s Brand New, that artificial, lo-fi hiss he mixes in won’t get emphasised or made digital-sounding, for example. So, what is left is that structure and stereo spread an everyday in-ear needs, in addition to that easygoing, balanced, slightly-warmer-tilted sig that it proudly sports.

The VxV is defined by its colourlessness, its balance and its technical merits whilst doing so. It’s, again, a jack of all trades with eggs in every basket. But, here are three of its attributes that I think may make it your next everyday in-ear monitor:

A versatile, easygoing, unintrusive tonality: As the title of this review implies, the VxV’s sonic palette is very much like water; clean, balanced and with little notable flavour. This leaves it largely suitable for a wide variety of genres. So, if this is your first high-end purchase, or if you’re looking for a piece that just coasts with the music, FiR’s VxV would make the ideal set.

A relaxed, lightly-warm response with clarity and air: Unlike most in-ears in the price range, the VxV’s warmth and calmness isn’t accompanied by dullness, roll-off or congestion. It’s a clean, well-organised take on warmth, owing to FiR’s myriad of proprietary technologies. So, if you want both a relaxed signature and an open, airy space, this VxV shouldn’t disappoint.

Pressure-relief and a dynamically-driven woofer at just under $1000: Another trait that mustn’t be forgotten is the value you get with the VxV. It’s a hybrid monitor with the imaging and vividness that comes with tubeless tech, along with the long-lasting punch of the ATOM filter. That ought to be considered if you’re deliberating this VxV as your next everyday in-ear.

Obviously, then, as a jack, it will have its shortcomings in certain genres or towards certain preferences. It’s an in-ear that inherently goes against colour. So, if you’re looking for any of the three traits below, it’s probably best to look elsewhere:

High doses of sub-bass rumble: Though this VxV’s bottom-end is characteristically DD-driven, it was also tuned with a bias towards its mid-bass, rather than the sub-bass. Its delivery, while punchy, doesn’t dig, and it isn’t ever heavy-handed. So, if you’re one to crave tons of rumble or verve to your lows, one of FiR’s M earphones would probably make a better buy.

A more-coloured, more-alluring, almost-rose-tinted midrange: As described above, the VxV’s midrange is stellar in structure, solidity and weight, but it isn’t the best at sounding expressive, euphonic or immense, especially with material like power ballads. So, if that is more your drift, an earphone with a livelier, gutsier midrange like FiR’s M4 may be the stronger pick.

Flagship-levels of explosiveness or dynamism: This VxV, though more dynamic and resolving than most I’ve heard in its tier, doesn’t quite match the M4 or M5 in excitement or scale. It doesn’t open up or punch quite as much as its pricier siblings can, so you might want to save up a bit longer if this explosiveness and headroom is something you’re really, really after.