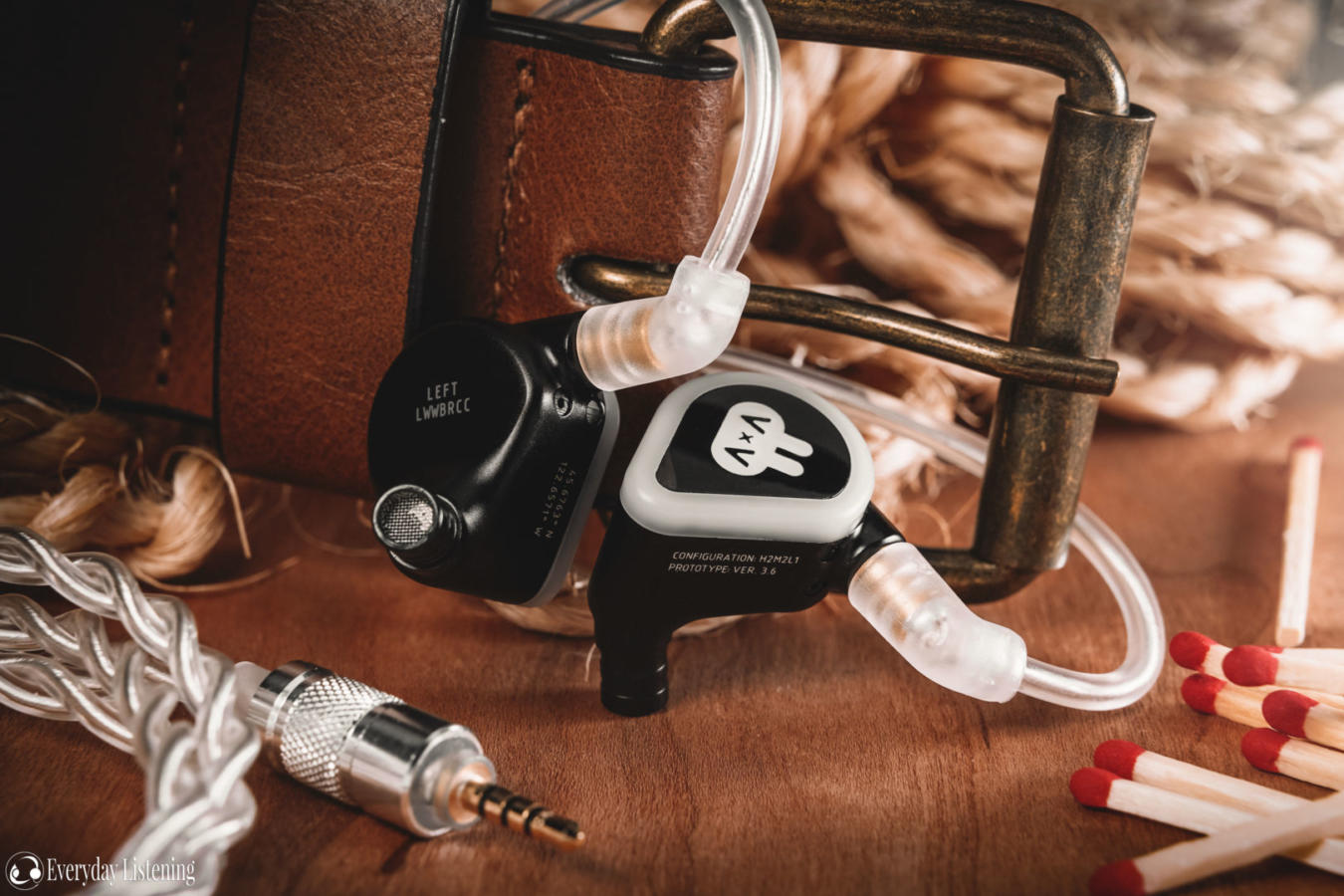 Lime Ears Aether R (1100 EUR): The Aether R is a warm, musical IEM with a higher-contrast W-shaped signature. With its 3D printed low-pass filter, it has almost as much bass extension as the VxV and has greater bass emphasis especially in the mid-bass. Though warm and a little humped, it is fast, defined, very punchy and more dynamic overall. The VxV offers a more linear bass with a touch more impact, rumble and a smoother texture but similar definition overall. The Aether R has a warmer midrange tone balanced out by slightly thinner body and similar density. Its voicing isn’t quite as natural, but it has higher definition and clarity.

Custom Art Fibae 7 (1100 EUR): The Fibae 7 pursues a similar sound in many senses but with chief differences. Its bass doesn’t reach as deep but offers a harder-hitting and slightly more prominent mid-bass that also instigates a warmer tonality. Its bass has higher dynamics but also less texture and definition, the VxV showcasing stronger linearity and separation. The midrange is also vocal-forward on the Fibae 7, it has more accurate body and a light warm tone.

The Fibae 7 also offers strong clarity with greater upper-midrange extension set to smoother articulation similar to the Rai Penta. In turn, the VxV offers a slightly cleaner and more defined expression despite its smoother upper-midrange. Both hare natural in voicing and timbre. The treble is brighter on the VxV and more sparkly. It has better fine detail retrieval while the Fibae 7 has more accurate treble body, timbre and texture albeit less headroom and extension. The Fibae 7 offers a wider stage while the VxV offers slightly sharper imaging and better separation.

Campfire Audio Andromeda 2020 ($1099): The Andromeda is a clear comparison and the new 2020 revision brings it technically up to speed with modern offerings. The VxV is slightly more vocal-forward but not by much, both offering good tri-frequency balance. It offers a deeper extending bass with its hybrid setup, delivering more sub-bass kick and rumble, the Andro offering a bit more warmth and fullness in the mid and upper-bass instead. The Andro is faster but no more textured or defined since the VxV has a more accurate timbre, the Andro sounding a touch tubby due to its tuning.

Meze Rai Penta ($1099): The Rai Penta and VxV appear very similar on paper but have very different executions. Both are vocal-focused to some extent, the Rai Penta pursuing a warmer and smoother sound, the VxV a more revealing and cleaner tonality. The Rai Penta has a bit more bass and slightly more pressure in its sub-bass. It is a touch warmer with fuller notes, both are similarly detailed here, but the VxV does have higher separation and a tighter impact in general. The VxV’s midrange tone is much cleaner, and it has higher clarity, definition and openness.

The Rai Penta is warmer, fuller and more coherent. Despite not having an upper-mid dip, it isn’t quite as vocal-forward and sounds less open due to its lower-treble valley that provides a much smoother articulation. The VxV has a technical advantage in the treble, with more foreground and background detail retrieval. The Rai Penta has pleasing air and more defined layering but lacks the same sparkle and micro-detail retrieval. The soundstage too is larger on the VxV and the imaging is sharper.

Avara EST-6 ($1100): For my preferences, the EST-6 offers a pretty ideal midrange timbre and it backs this up with strong balance and resolution too. The EST-6 is more balanced and linear overall. It has similar bass presence and tuning but noticeably less extension in the sub-bass. It has a more linear mid-bass with higher definition and speed but also lower dynamics and texture. The midrange isn’t as vocal-forward and is more coherent. It has a bit more body and a similarly clean tone, if not a touch more warmth. The EST-6 is also more articulate but not sharp, its timbre is very coherent.

The VxV is an earphone that grows on you over time and, perusing other reviews online, that appears to be a repeated narrative. In its pursuit of everyday listenability, the earphone isn’t especially engaging or forward in any regard. And yet, this is a very technically capable earphone with some unique qualities and a well-rounded performance throughout. It has a natural voicing and sound linearity throughout. The soundstage is spacious, the imaging sharp and the top-end resolving and sparkly. Its bass doesn’t possess huge dynamics nor its midrange the most euphonic tonality but it is difficult to find an earphone as well-rounded and versatile as the VxV even at its premium price. Add on thoughtful extras such as a durable build, stable pressure-free fit and quality balanced cable from factory, and you’ll find Fir’s offering a perfectly evolved complement to suit the audio enthusiast’s EDC. At Drop’s current discounted price, it represents a very strong value proposition especially for lovers of a clean, resolving yet non-fatiguing sound.

The VxV is available from Fir Audio and Drop (International) for $999 and $799 USD at the time of writing. I am not affiliated with Fir, Drop or Project Perfection and receive no earnings from purchases made through these links.

Courtney Barnett – Tell Me How Your Really Feel