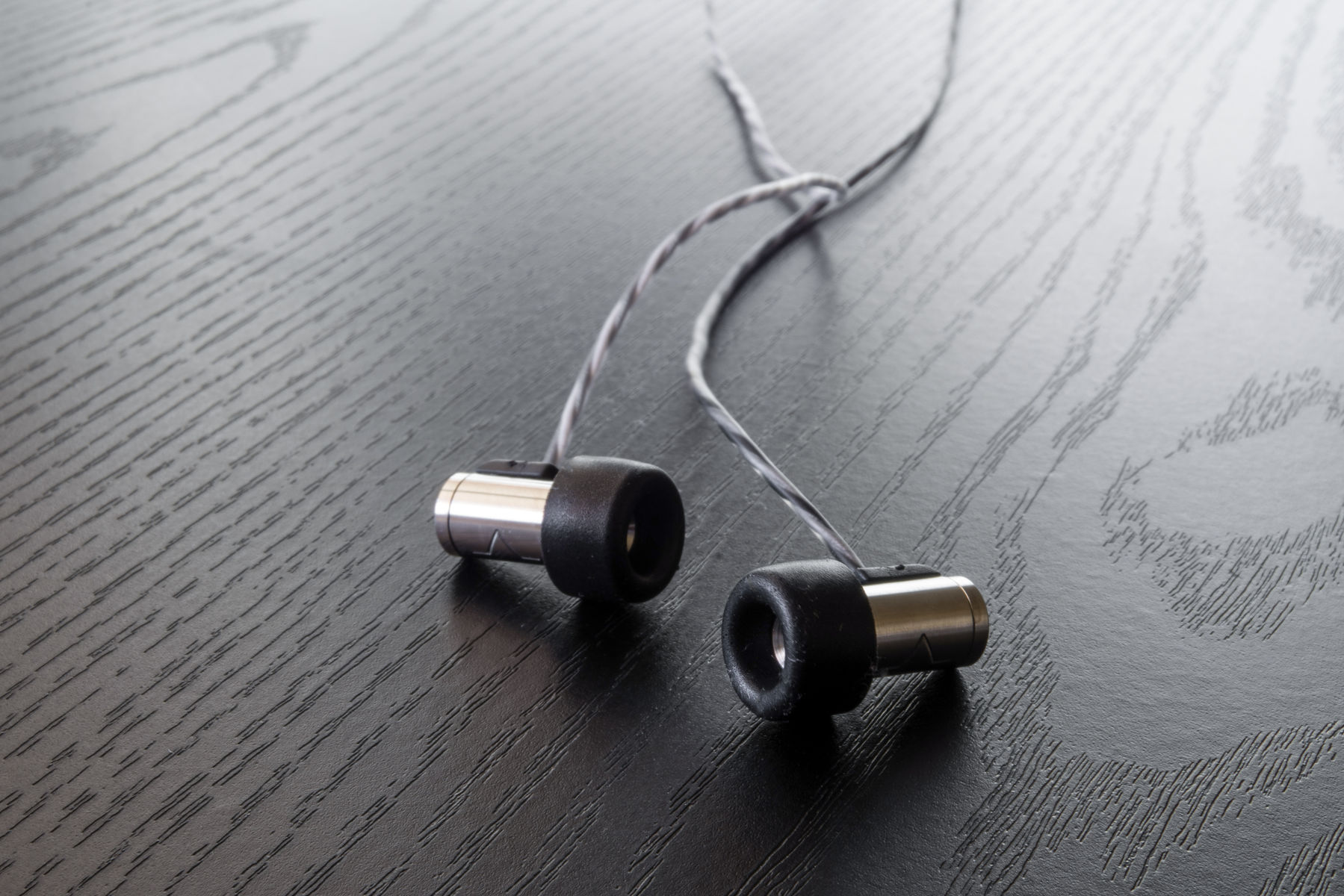 The Flares Pro is meatier than past models and from what I’ve read online, Flares may have revised tuning since demo the models displayed at shows. The Flares Pro isn’t a neutral or perfectly balanced earphone, I would consider it to carry a light V-shaped to U-shaped tonality with sub-bass and middle treble sitting in front of the midrange. It’s a mostly well-judged tonality that retains plenty of balance and the tuning is incredibly satisfying and dynamic.

They do remind me very much of the Sennheiser iei800 with that same kind of bass slam, clean, clear midrange and hyper-clear treble response. The Flares are also similarly technical to the ie800 which was a huge surprise given their more modest asking price.  The Flares Pros are not really an analytical sounding earphone but one that is very aggressively detailed nonetheless.

Being a vented dynamic with a very airy high-end, the Flares Pros have a nice presentation that doesn’t feel constrained in any way but also doesn’t come off as immediately spacious. They still provide a very nice sense of dimension with more emphasis on width over depth. The Sennheiser ie800 and 64Audio U3 are both more spacious earphones, the Sennheiser, in particular, holds a notable advantage in soundstage depth that augments immersion and imaging. When listening to “Believer” by Imagine Dragons and the Flares impressed with nice depth to the main vocals in addition to spacious width to each guitar pluck and backing vocal. The Flares also produced very sharp imaging, instruments were easily and accurately located though I felt that placement wasn’t as natural as the more rounded ie800. Centre image is similarly strong though it was hazier than the ie800, Jupiter and U3 all of which are exceptional. On the contrary, the Pro’s are very separated, more so than all of the aforementioned models. Their treble is especially delineated and their great clarity enhances midrange layering. So while their soundstage isn’t clearly superior to similarly priced earphones, they easily keep up with the best of them and absolutely outperform cheaper in-ears.

The Flares Pro’s have an exceptional bass response that takes full advantage of their low resonance titanium chambers and beryllium dynamic drivers. For the record, I do personally prefer the way dynamic drivers handle sub-bass over balanced armatures, but I also value a tight, well-tuned response and the Flares absolutely deliver. They actually have similar tuning to the ie800 with sub-bass holding the greatest emphasis in the sound with slightly lifted mid and upper bass granting them with pleasing bass body. Quantity wise, they are also very similar to the ie800, with a touch less sub-bass and a sprinkle of added mid-bass making them slightly more linear, enhancing mid-bass texture and bass energy. Furthermore, the sub-bass performance on the Flares is exceptional with great extension that matches the ie800 and easily bests armature earphones including the considerably more expensive Campfire Jupiter, 64Audio U3 and Noble Django. Bloat is very minimal and midrange spill is non-existent, the Pro’s have an incredibly clean, controlled bass response considering their elevated quantity.

Bass definition and detailing is also some of the best I’ve heard, they have such a clear, well-textured response despite their emphasis. The Pro’s also aren’t bloated but bass does have a slightly tubby character that saps that last iota of detail from their sound. Sub-bass is the real star here, the Pros have a tighter sub-bass response than the ie800 and Dunu DK-3001 which both miss that last bit of detail due to some very slight smearing. On the contrary, the ie800’s more reserved mid and upper-bass tuning produces a little more bass definition than the Pro’s at the cost of sounding less consistently bodied with different mastering qualities and genres. Ultimately, the Pro manages to hold its own against the exemplary DK-3001 and ie800, especially impressive given that these models cost around $200 more here in Australia and that both are less isolating and less stable during wear. Of course, really outstanding armature earphones like the Jupiter do edge out the Flare on definition and detail but they simply lack the level of extension dynamic driver earphones can achieve yet alone an exceptionally well-tuned one. If you enjoy a little extra bass fullness augmented by cinema-like sub-bass, the Pro’s excel in every regard.

Again, comparison to the ie800 was immediately apt with the same kind of super clear, resolving sound underpinning a slightly brighter tonal balance. The Flares is once again, slightly more balanced with noticeably more forward lower mids, but upper midrange instruments and female vocals still hold the spotlight. Both sound a bit thin and raspy though they are an evolution of the type of sound carried by cheaper models like the K3 Pro and K3 HD. But while the Pro is more balanced, the ie800 is still slightly more refined in its presentation, the Pro has some oddness in the upper midrange which creates a slightly metallic tinge to some vocals. This isn’t too noticeable on instruments and well-mastered tracks aren’t affected at all, but it isn’t something that affects the ie800 which also possesses similar resolution and clarity. Otherwise, lower mids are very well done, hyper clear and resolving with no bass spill or warming. Listening to Robbie William’s cover of “Somethin’ Stupid”, and both male and female vocals were smooth and very well layered with an excellent sense of immediacy. Guitars were exquisitely detailed and aggressive in their presentation. And despite having a little over-forwardness to some strings and trumpets, the Pros tuning stops just short of sibilance; vocals are left slightly raspy and on the thinner side but they are hardly unnatural or otherwise unpleasing. The Flare’s aren’t the most unfatiguing earphone I’ve heard, but they do avoid a lot of the pitfalls that most earphones pursuing this style of tuning succumb to.

Female vocals aren’t as consistently pleasing as male vocals, however, and the Pros do tend to struggle a bit more with the clearer mastering style of modern pop and Asian genres. This was evident when listening to Calvin Harris “Feels” and AKMU’s “Melted” where female vocals sounded slightly too thin and strident. That being said, they were perfectly listenable and provided excellent resolution and detailing in return. In addition, their boosted clarity flatters older songs which tend to sound a bit muffled on more neutral earphones and watching films and videos proved to be delightful with clear, easily discernible voices and great dynamics enhancing more action packed moments. So while the Flares Pro is a little track dependent due to their thinner upper midrange, they nonetheless provide a very clear, super detailed listen with great resolution. They aren’t the most natural or realistic sounding in-ear and definitely won’t suit those looking for an earphone for long term listening, but for quicker bursts, the Pros are one of the most discerning earphones I’ve heard around this price.

The Flares Pro’s treble is probably the strangest aspect of their presentation and what really differentiated them from the vast majority of other in-ears I’ve heard. Again, their treble tuning is somewhere in the ie800 ballpark with a modest lift throughout accompanied by a very notable middle treble spike that holds the greatest emphasis in the entire sound. Like their midrange, this makes them sound super aggressively detailed but also thin and splashy, even metallic at times. The ie800 does suffer from some of these fall backs but it also has a smoother, less peaky response that didn’t cause me notable fatigue. The Pro’s did tend to grate during longer listening sessions. But in return, they are probably the most detailed earphone I’ve heard around this price, making them perfect for shorter bursts of critical listening.

While they are a little too uneven to reveal details like the Campfire Jupiter and 64Audio U3, nuances are brought to the fore, texturing is surprisingly present given their lack of body and instruments sound raw and immediate. They aren’t the most natural or linear earphone, but air, shimmer and sparkle are all excellent. In addition, extension is fantastic, flattering high-hats and granting instruments with great definition and clarity. The Pros don’t hide their technical inadequacies behind a façade of clarity, rather, they are a little overzealous in their boasting. While they are still too thin and metallic for me, they do somewhat redeem themselves with their class leading detailing and resolution combined with outstanding high-frequency extension and separation. Ultimately, the Pro’s have a polarising high-end that will delight treble heads though mellower, perhaps more refined in-ear like the ie800 manage similar presentation and engagement whilst avoiding the sense of over forwardness that frequently affects the Pros.