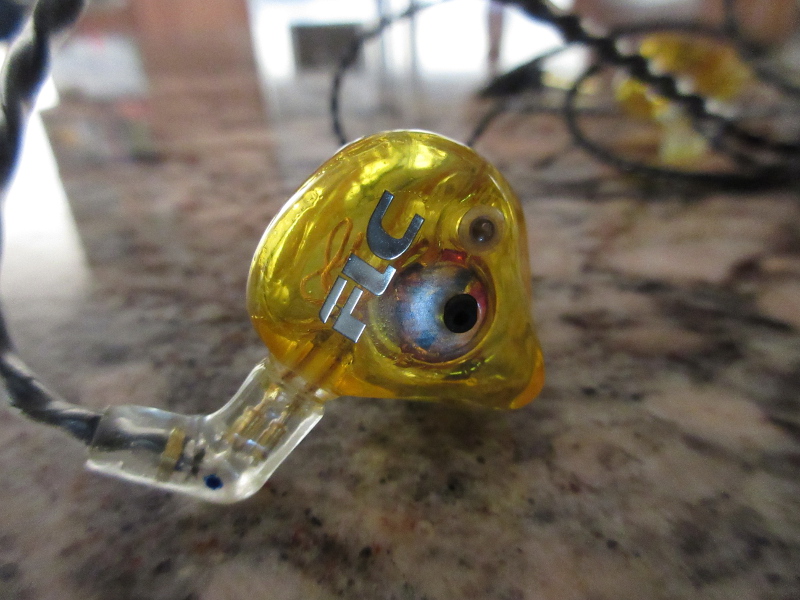 Custom Tune IEM Sound, just the way YOU like it!

This is a review of Custom version of FLC8S 3-way hybrid IEM – FLC8C. The original FLC Technology FLC8S monitors are officially distributed by http://www.lendmeurears.com/flc-technology/, while the manufacturer website and FLC8C product page are still under development. I was told that expected price should be around 900-950 SGD, with faceplate options of carbon fiber (62 SGD), wood/metal/glitter/print (103 SGP), and steampunk (145 SGD). The review unit I received is a demo of a Custom FLC8 where the nozzle was modified to fit a regular eartip and the shell was modified for universal fit.

Often I’m being asked to recommend IEMs tuned for a specific sound signature or suited for a specific genre of music. It’s not always the easy question to answer because the perception of a sound varies between people, and everybody has their own subjective opinion about it. Even headphones tuned for a particular signature still have a degree of sound variation from the expected baseline. And once we settle on a pair of headphones that we like, many still have a desire to continue with fine tuning by switching to different eartips which can change the amount of bass or switching to a premium cable which can add more sparkle to the sound. Depending on a model, some IEMs even offer replaceable nozzle filters for a more noticeable sound adjustment, but nothing too drastic.

One headphone manufacturer decided to take the idea of sound tuning a step further, and actually leapfrogged to a whole new level with a patented filter system like nothing I have seen before. Even so FLC Technologies was started by Forrest Wei not too long ago (in 2011), he has many years of experience working for Ultimate Ears, Jabra, MWM Acoustics, and Harman. With all this experience under his belt and fueled by a passion for design and innovation, Forrest made a serious attempt to reinvent the wheel of IEM sound tuning by using multiple filters in his debut release of 3-way hybrid FLC8, later replaced by FLC8S with improved build quality and updated cable. Now, with a support of Teo and his Lend Me UR Ears, they are taking it to yet another level with soon to be available Custom model which I had a chance to test and would like to share with you about.

While the original FLC8S featured a unique jewelry box packaging (similar to PAW Gold box), FLC8 Custom (FLC8C) stepped it up with VIP Aluminum mini-briefcase box with a stamped FLC Technology logo on the top cover. Actually, it comes in a cardboard box with a see-through film window on the top, but once you lift that top open you will see a legitimate high quality aluminum mini-briefcase with a latch. The only thing missing was a handle which would have been cool.

With a storage briefcase open, you will find removable egg crate foam lining in the top cover and a layer of foam lining with cutout partitioning on the bottom. When it comes to the included accessories, the owners of the original FLC8S won’t find any surprises. You get their familiar metal round storage container which has a top part with a thread to keep it securely closed, and unfortunately still lacking a lining to protect its content from banging inside during the transport.

You also get 1/4″ adapter and an airplane plug. I consider both to be fillers – but hey, maybe some will find it useful. A basic cleaning tool was included (actually there was two), one to clean bores of the nozzle and the other one probably to help with removal of nozzle filter. I also received a set of eartips because my review pair of FLC8C was designed with universal nozzle to fit eartips.

The package wouldn’t be complete without plastic fine point tweezers to assist in handling of small filter parts, and the blue bullet keychain designed to store various filter pieces fitted inside of its rubber holder. Very generously, Lend Me UR Ears also included a 2nd set of filters in a small plastic bag – it’s easy to lose them during removal/install, thus an extra set was very welcome, and it could be purchased separately as well. The included manual was in Chinese, but I was able to correlate filter designation by comparing to FLC8S English manual. ULF and LF filters are the same, and instead of a removable nozzle (MF/HF) filters, now you have double plug with a few different colors I had to guess. When FLC8C is ready for international shipment, a translated English manual will be included. 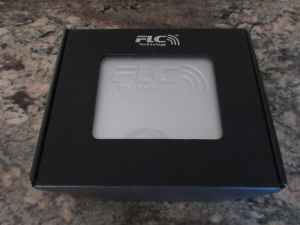 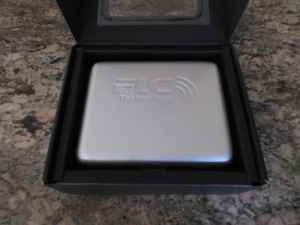 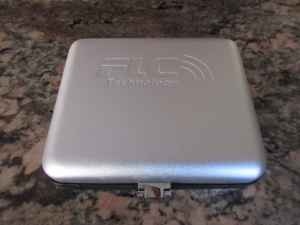 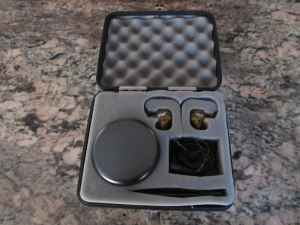 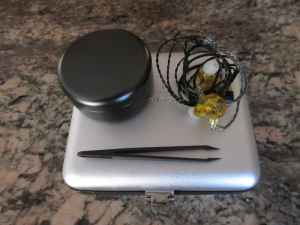 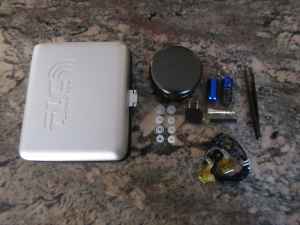 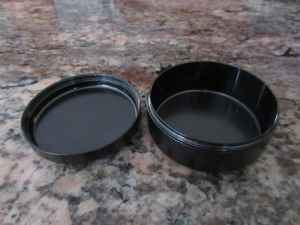 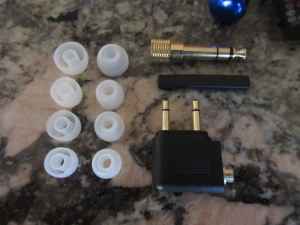 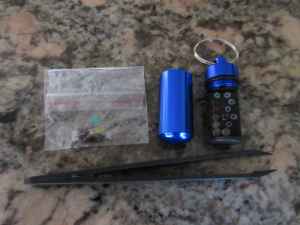 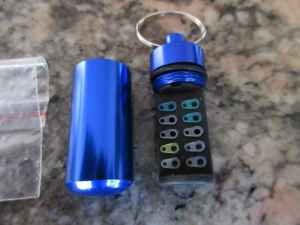 I haven’t seen the cable from the original FLC8, but the fact it was updated in FLC8S tells me it had some issues. Also during my brief testing of FLC8S, I wasn’t too crazy about its OFC cable either due to a rather springy wire and some microphonics. Another annoying part of it, it uses a 2pin connector which is not universal but rather 0.75mm type found in legendary UE TF10 (hint, hint – Forrest connection to UE). It’s definitely not the end of the world since you can still find replacement aftermarket cables with this connector, and any custom cable maker can utilize it as well. But I wasn’t able to take advantage of my collection of aftermarket universal 2pin cables because they don’t accommodate 0.75mm spec. As a matter of fact, you have to be very careful not to jam other cables by mistake. Also, even so I had no issues with it, the connection of this UE-style socket is not as tight and secure as a common universal 2pin connector.

But there is a “silver” lining to this cable situation – FLC8C comes with a single crystal silver upgrade cable, an included $107 bonus which can be purchased separately as FLC8S accessory from Lend Me UR Ears. I actually like this cable a lot better over the original one included with FLC8S. It still has some memory effect, but not as springy, has a heat shrink tube for y-splitter, another sliding tube piece which functions as a chin slider, and a pre-shaped springy sleeve for over ear fit without annoying memory wires. 2pin connectors were angled and had red/black ID dots, and on the other side of the cable you have a right angled 3.5mm TRS headphone plug with a decent strain relief. All 4 wires go to the connector, so would have been great to terminate it with a straight 2.5mm TRRS balanced plug and add 3.5mm TRS angled adapter – maybe something for FLC and Lend Me UR Ears to consider in a future.

Now, the million dollar question: is there a sound benefit when using “single crystal” silver cable over the stock OFC cable? Being quite familiar with effects of different wire material which I have tested across many IEMs/CIEMs and various cables from my review collection, I had some expectations when switching between FLC8S stock and FLC8C upgrade cables, but arrived to a different conclusion. While testing with all gray filters, what I consider to be a baseline sound sig, surprisingly I found this silver wire cable to improve low end resolution and articulation without affecting too much mids or highs. It improves sub-bass texture and slightly elevates its quantity which in a relatively comparison was a bit rolled off with a stock OFC cable. This is not a typical sound change I hear with my other thicker wire pure silver cables that usually brighten the sound of other IEMs I tested, but regardless of that – I liked the effect of this cable on FLC8C.

Even without a sound improvement, I still like the new cable design and consider it to be a step up from the original FLC8S cable. The improvement in bass performance, as I hear it, is just a bonus. But I was still left wanting to try it with other silver or silver plated cables to hear the difference. I hope down the road FLC will consider switching to a more common 0.78mm 2pin connector design, or at least offer it as an option when choosing Custom configuration of this IEM. 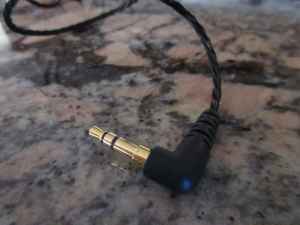 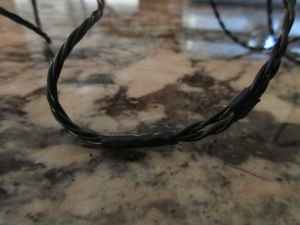 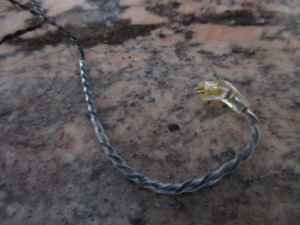 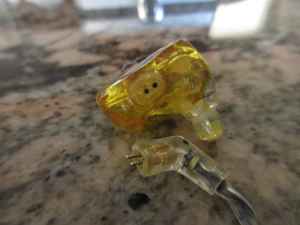 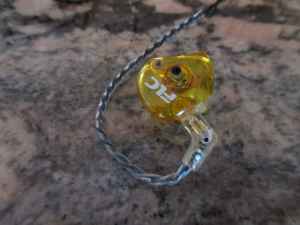 I’m still amazed how FLC was able to fit a dynamic driver and a pair of BA drivers all inside of their original slim lightweight FLC8S shell. Though I have seen the diagram of the 8S design, I would have loved a glimpse inside through a transparent shell to see it “in person”. Also, I was a bit on the fence about the fit due to combination of a small shell with a springy cable. This is purely a subjective opinion and probably has to do with my ear anatomy, but on a few occasions the earpiece popped out of my ear, and a thought cross my mind wishing for the shell to be bigger. Custom version of FLC8 turned out to be the answer to this prayer! Actually intended for audio trade shows, FLC and Lend Me UR Ears made a few samples where the shell was modified to have a universal shape to fit any ear and the nozzle was replaced with a universal 2-bore design which accepts common eartips.

Obviously, the official Custom version will be designed from your ear impression mold which you need to get from your local audiologist, and the final shell design should fit your ear like a glove. But even with Universal version of this Custom FLC8C, I was able to get an excellent fit with a great isolation. Once it becomes available, you will be able to customize it, including different faceplate designs such as carbon fiber, wood, metal, glitter, custom print, and even steampunk. My review unit arrived in a semi-transparent yellow color shell, and I was grateful for being able to take a glimpse inside to see the arrangement of the drivers, and how the sound tubes and filters interact with each other. As a result of these Universal-Custom modifications, my review unit ended up looking a bit Frankenstein-ish, but I’m sure the official Custom shell will have a more premium look.

The biggest selling point of this design, at least for me personally, was the larger size shells and a better quality cable which yielded a perfect fit and improved comfort to the point where I forgot I even had them in my ears. Just don’t expect to fall asleep with your head down on the pillow while wearing FLC8C since they are not exactly flush and do stick out a bit. 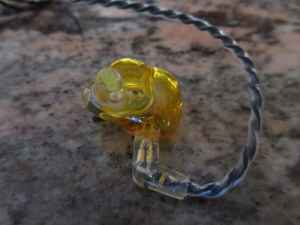 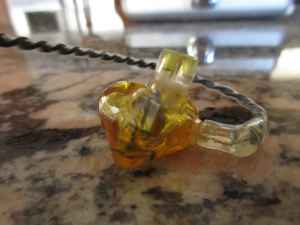 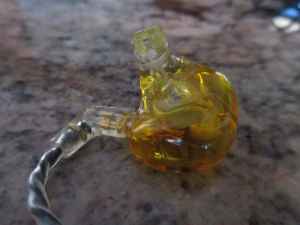 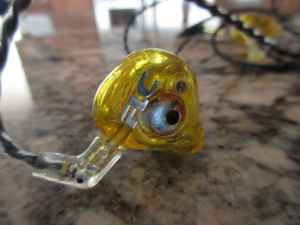 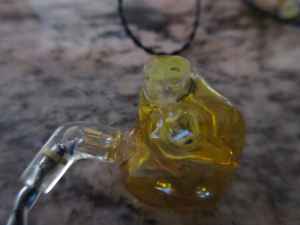 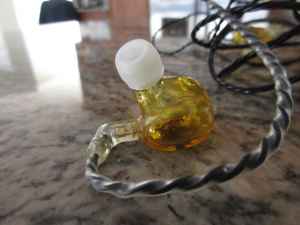 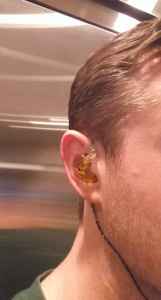 twister6 wears many different hats, from being a hardware engineer by day to a husband and a father after work, and when the evening rolls around - it's time for audio gear reviews and some music production. Though he doesn't shy away from full size headphones, wireless speakers, and desktop amps, he has a weak spot for a portable audio setup with IEMs/CIEMs, DAPs, and usb DACs.