DISCLAIMER: Music Sanctuary (Han Sound Audio’s official Singaporean dealer) provided me with the Aegis in return for my honest opinion. I am not personally affiliated with the companies in any way, nor do I receive any monetary rewards for a positive evaluation. I’d like to thank Music Sanctuary and Han Sound Audio for their kindness and support. The review is as follows.

Han Sound Audio is a Taiwanese cable manufacturer. Despite their relative youth in the public market, the company have been active for years developing a number of proprietary designs. Now, all their conductors and connectors are produced in-house, resulting in their cables being essentially inimitable. Consequently, these innovations have garnered critical acclaim from enthusiasts across the world. My fellow writers ryanjsoo and flinkenick are massive proponents of the Redcore and Venom, respectively, and a recent US tour found the company great success in the West. Today, we’ll be looking at the Aegis: A unique silver-gold/copper fusion capable of excellent energy, musicality and dynamic contrast. 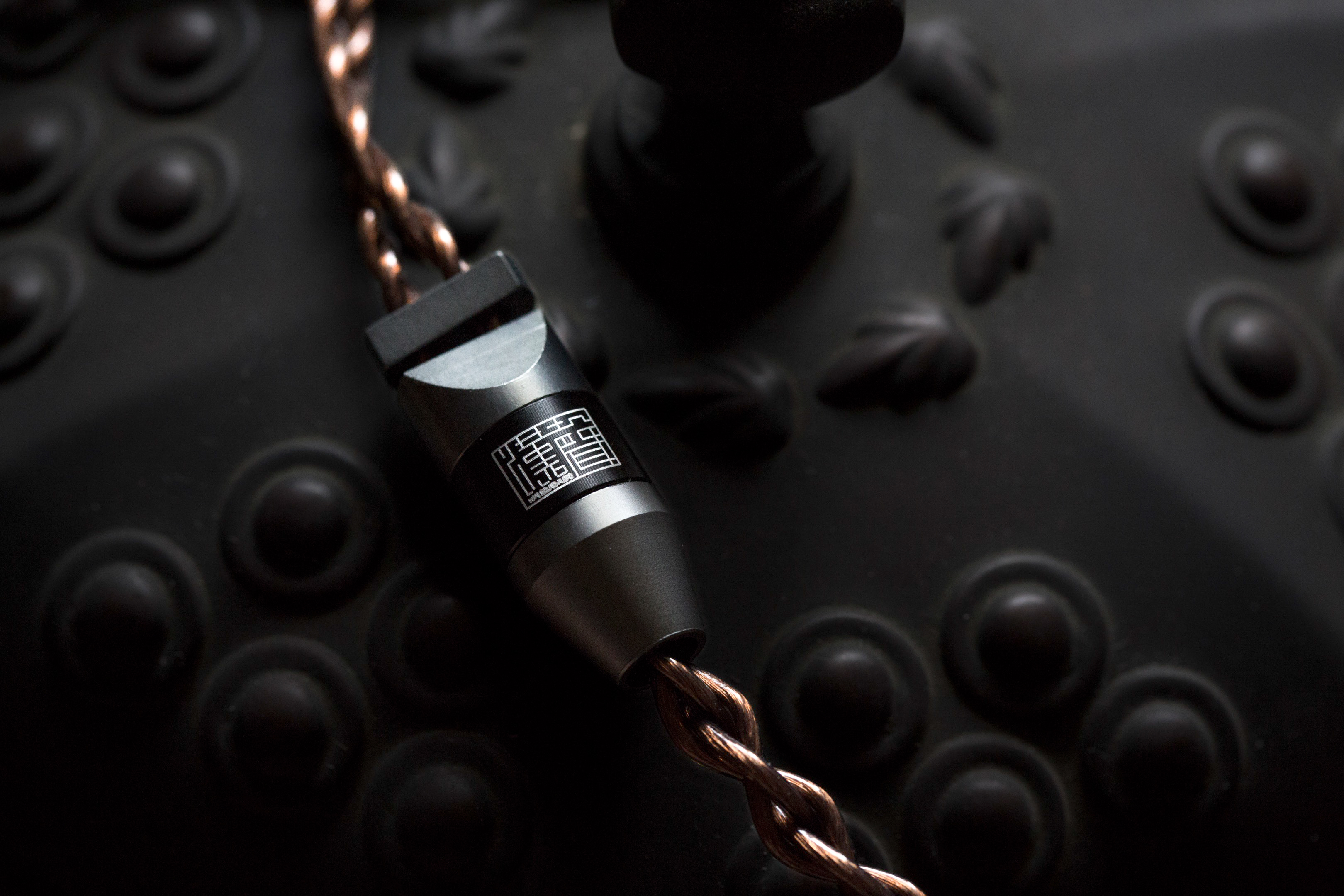 The Aegis comes in a black box with the Han Sound Audio logo embossed on top. Below the lid is a rubbery foam sheet, as well as a foam-lined interior to keep the cable in place during transport. A circular cut-out is where the cable resides, wrapped in an included, faux-leather cable tie. As far as packaging is concerned, this isn’t the most extravagant I’ve seen. But despite the minimal flair, extremely useful features like the foam sheet and the cable tie speak to how well the packaging was thought out. It won’t win points for style, but completion, practicality and safety rank very high. 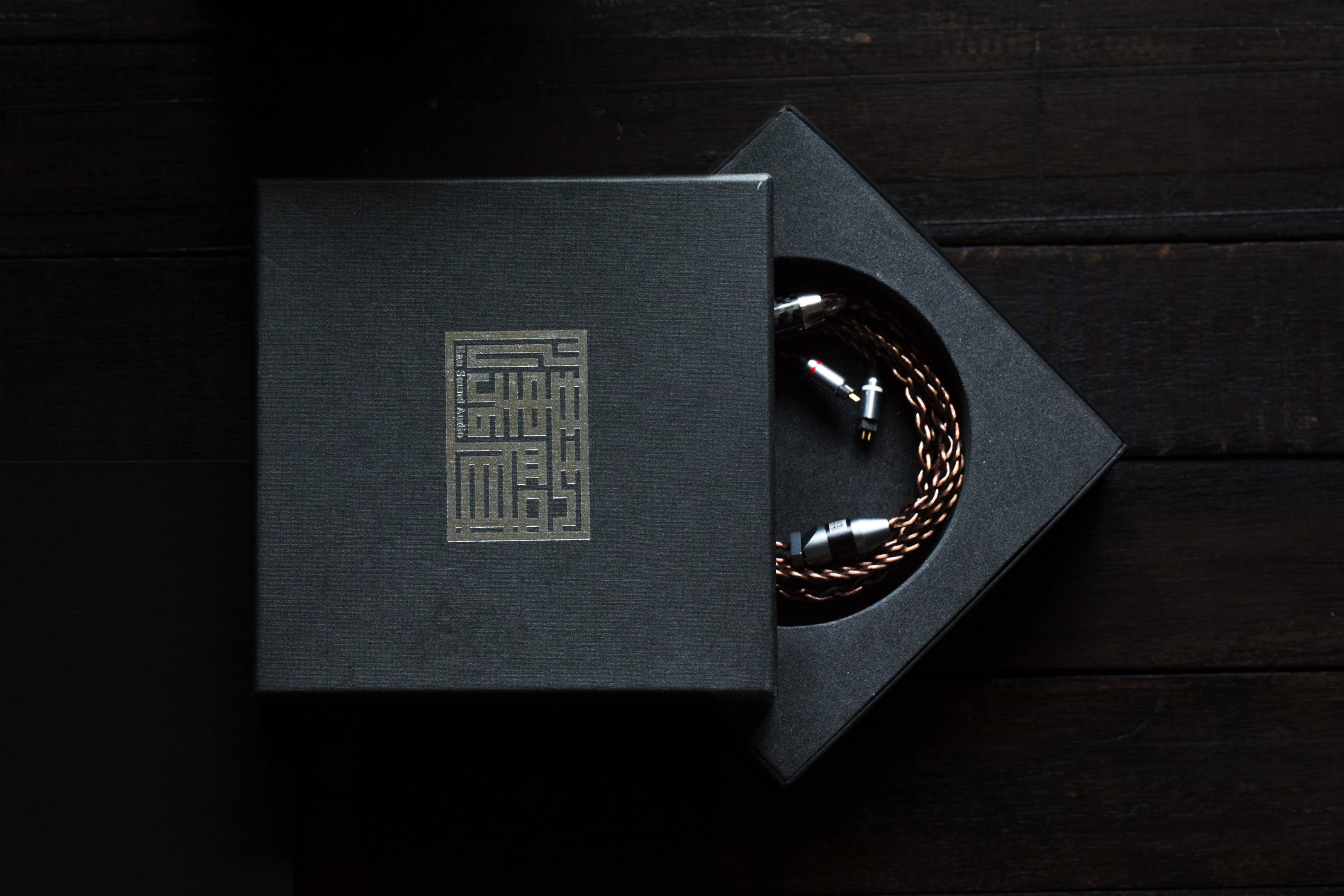 Flaunting the company’s experience in the trade, the Aegis is a wonderfully-built cable. It sports one of the most uniform braids I’ve seen yet, and the individual conductors sport a gorgeous semi-matte finish. Although they aren’t as bling-y as the market’s most recent offerings, the brown tint gives the Aegis an undeniably unique look; understated, clean and classy. Han Sound Audio’s cables are also among the most flexible I’ve used. They aren’t as silky-smooth to the touch as PlusSound’s PS Insulation, but they hold zero memory even after tens of coils, and they’re the least stiff in my collection as well. Finally, both the cable’s diminutive wire gauge and tight construction keep weight at a minimum in daily use. 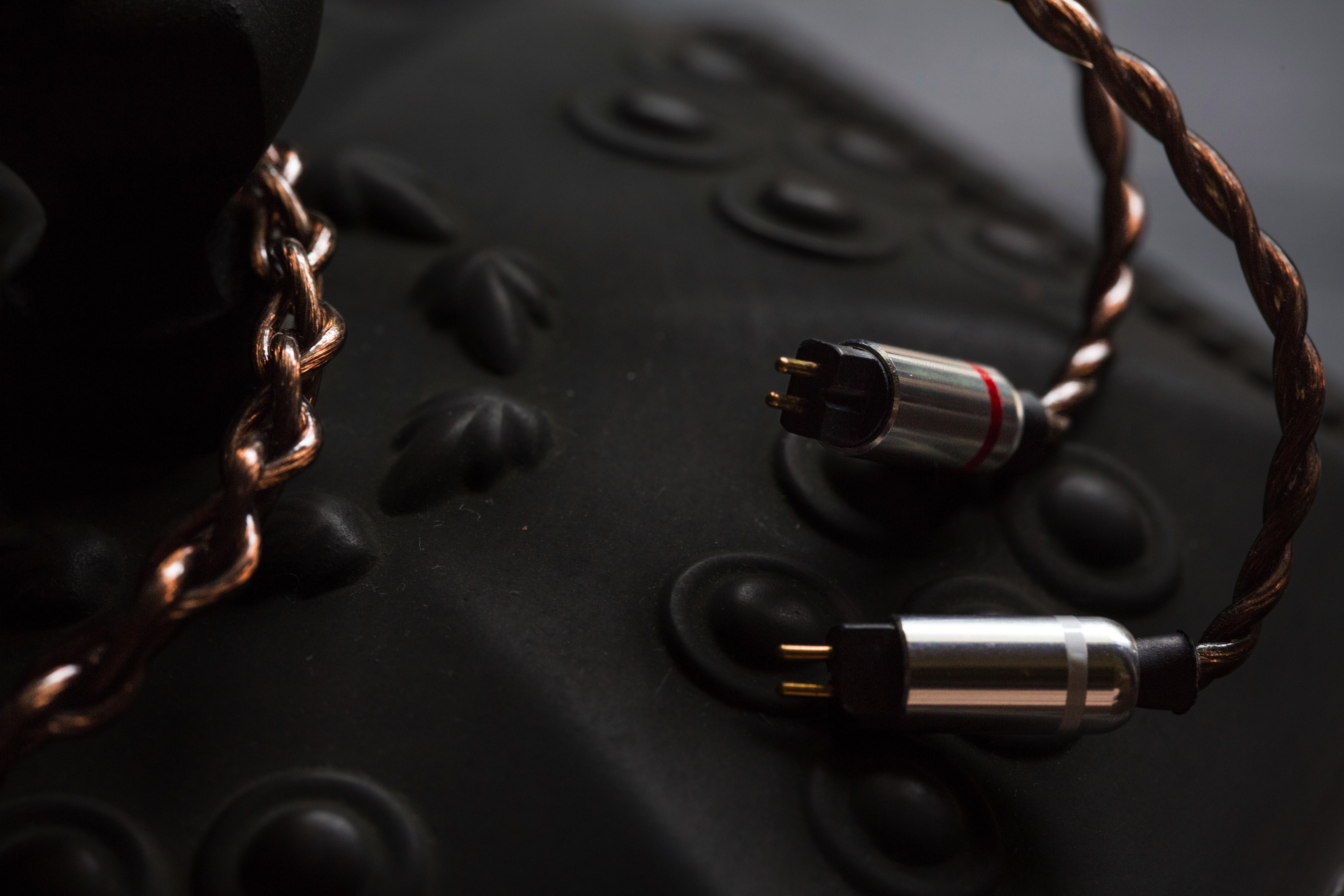 Completing the look is the company’s in-house hardware. The metallic Y-split and connectors resemble brushed and polished aluminium, respectively; both complementing the carbon-fiber Furutech plug below. The company logo is also engraved into the Y-split for instant recognition. The chin slider – despite its rather loose hold – blends excellently to the Y-split for a coherent, uniform look. Common among them all is great density, so the components feel premium, even if they aren’t vanishing in weight. With an abundance of faux-looking, metal-and-carbon-fibre aesthetics dominating the market, it’s refreshing to see a company with the wherewithal and finesse to pull off the ubiquitous look with style.