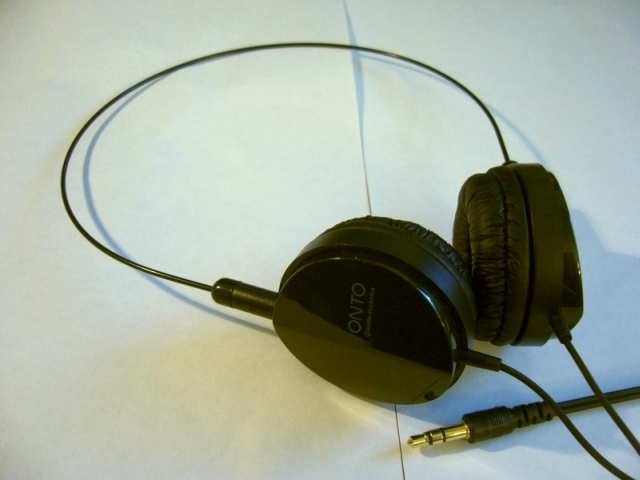 Brief: These were one of my first purchases after joining head-fi. At that point I owned the KSC75s and PX100s but was looking for something with a bit more isolation for use outside. A point to note is that there are dozens of Chinese fakes of these floating around. Most of the ones on ebay as well as anything in OEM packaging are definitely fake.

Build Quality (4/10): The marketing materials for these don’t lie – they really are lighter than air. They also look quite nice and feel pretty solid, though my first pair had naked wire visible through the strain relief on the 3.5mm plug. The cable is nice and rubbery, the earpads are very soft, and the earcups themselves are really tiny – about 2/3 the size of those on the PX100s and almost half the size of the JVC Flats cups. They are very stylish, unobtrusive, and easy to wear in public.The biggest problem I have with them is the folding mechanism. The flat-folding mechanism only works when the headband is fully retracted, which is annoying because it needs to be subsequently re-adjusted when the headphones are next worn. While not an issue in most phones, re-adjusting the thin and slippery headband on the ONTOs can be a daunting task when on the move. Another problem is that the cups only rotate one way. Rotating them the wrong way can result in permanent damage to the structure. To make matters worse, the left/right markings are very hard to see (they are stamped in the plastic on the inside of the headband). A smoother, more robust folding mechanism would go a huge way towards making these actually feel like $100 headphones as suggested by the MSRP.Comfort (3.5/10): The ONTOs are shockingly uncomfortable to wear for long periods of time. The problem is that the earcups pivot neither vertically nor horizontally when the headband is extended. To compound the problem, the stiff round headband flexes little and clamps quite hard. The result is headphones that start to genuinely hurt my ears after just an hour of use. Of course your mileage may vary, but the design just isn’t very accommodating. Isolation (5.5/10): Again, the design of the earcups hurts these headphones. The pads are quite soft and these are essentially closed-back headphones, but because the cups don’t pivot they cannot be flush against my ear. As a result, they cannot seal properly and rarely provide the isolation that they should.Sound (4.25/10):  This is where the little Audio-Technicas redeem themselves a bit. Giving an allowance for these being closed headphones, they sound quite rich and full in the midrange. They are on the warm side, but unlike the equally-warm PX100s, these also slightly muddier and more aggressive. When a proper seal is achieved bass can have a very nice punch. Soundstage is rather small compared to the others, but they can still be quite enjoyable – certainly miles ahead of your average stock earbud or $20 drugstore headphone.Value (3.5/10): Though I admit that I may be biased by my comfort issues with these, the only way I can see Audio-Technica justifying that MSRP is by charging double for style points. While I very much like the look of these, I can’t help but think that even for the average iPod user concerned with style first and sound second, less sacrifices are to be made by purchasing the white PX100s or one of the myriad of available colors for the JVC Flats instead.Manufacturer Specs:Frequency Response: 12-23,000 HzImpedance: 32 ΩSensitivity: 102 dB SPL/1mWCord: 3.94ft (1.2m); Straight PlugSpace-Saving Mechanism: Flat-folding