The Dream XLS was received as a free review sample in return for my honest opinion.

Singaporean manufacturer DITA has made their name as dynamic driver specialists, exclusively producing single dynamic driver earphones. About two years ago they launched the Dream – the culmination of all their experience, alongside a cost-no-object budget to incorporate the finest materials. DITA had already acquired quite the reputation with the Truth and Answer, so I was naturally intrigued and managed to purchase one at a reviewer’s discount for my 2017 shootout. Besides, the use of dynamic drivers in top of the line earphones was pretty scarce so additions were highly welcomed.

My experience with the Dream was mixed. While I could understand and in certain aspects appreciate the sound they were striving for, its signature ultimately wasn’t for me. The review reflected my mixed opinions, so I remember somewhat dreading sending DITA the link to the review (and its rank in the shootout) at the time. But much to my surprise, DITA were incredibly courteous in their response and genuinely thanked me for the feedback – a rare exception in a world where most manufacturers seem to be highly allergic to any form of critique.

When DITA contacted me to review the XLS I initially held off, as I am quite enjoying my status as retiree. Even so, I guess they somehow managed to stroke my ego in just the right way, so here we are for one more go. Their argument was that the XLS was retuned in a way they predicted would be more suitable to my taste, referring back to the initial review. I was surprised they seemed compelled for me to write a review, considering my lack of enthusiasm for its predecessor. Perhaps they viewed it as a challenge or were just simply very confident in the outcome. So after some thought I decided to accept, with my respect for the way they handle themselves as a company being the final determinator. 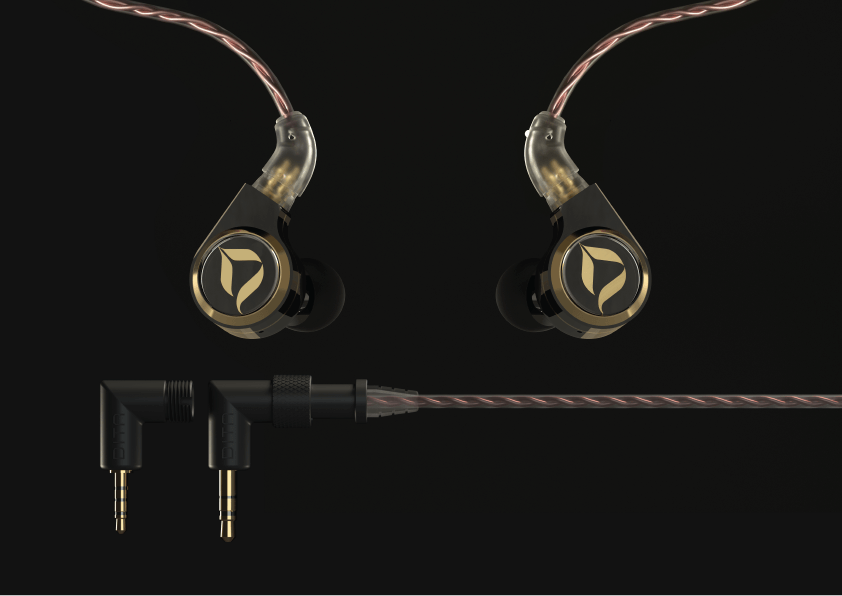 For anyone that has owned or seen a DITA packaging their style should be instantaneously recognizable; something that can perhaps best be described along the lines of ‘simple elegance’. While the packaging of the original Dream had a similar essence, it was a bit more minimalistic with its sober black interior. The Dream XLS is presented in a rather chic two-tone color scheme of black and gold, that seems reminiscent of how a company like Chanel or Luis Vutton  would design their box if they ever decided to put together some earphones. Once opened, the interior is organized with several smaller cardboard boxes containing the accessories.

The XLS comes with both a soft and hard carrying case, as well as a large enough selection of tips – pretty much everything you would expect, without the unnecessary fillers you sometimes get. But the one thing that makes DITA truly unique is its cable. More specifically, the ability to change the jacks to 3.5, 2.5, or 4.4 mm. Truly revolutionary in its use. The previous van den Hul cable however was somewhat rigid, which affected its ergonomics. The new cable is incredibly supple and easy to use. I hope for DITA that other companies haven’t been copying this incredibly practical invention, because it is a life-saver for people that use multiple devices. I personally use an A&K SP1000, Hifiman LPGT and smartphone (LG V30), so being able to simply switch the jack in a few seconds truly makes a difference. 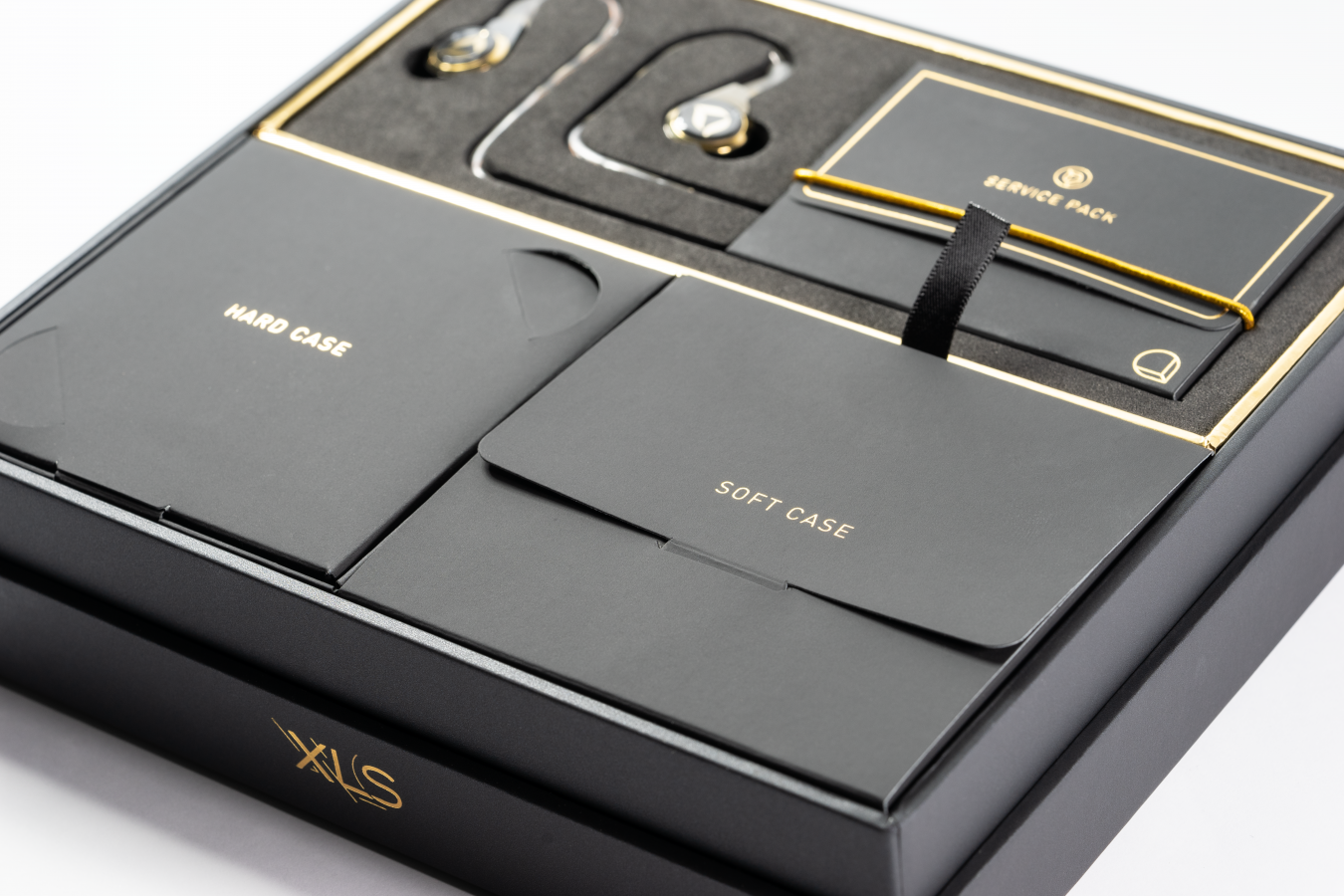 While we’re on the topic, the XLS is very easy to drive. I started out with the Spartan belief that I should only use the XLS with the A&K or Hifiman, but discovered after a week or two that the V30 did a great job. I’ve become quite lazy with my gear, as I mostly just listen with the V30 on the way to work. Ah, how times can change. I remember the Dream being exceptionally particular with sources, but this seems to be remedied with the XLS – it sounded more than fine on all three of them. Either that or I have just become less critical, but I think most listeners will concur.

The earphones themselves are designed with the same elegance as the packaging (or more likely, the other way around). The black and gold looks classy, although the golden elements are quite prominent. So, the earphones are likely to attract some attention. The round design is comfortable and unlikely to cause any frictions when it comes to fit. The only downside is that the earphones are a bit prone to coming loose during movement, so I find myself readjusting them from time to time. 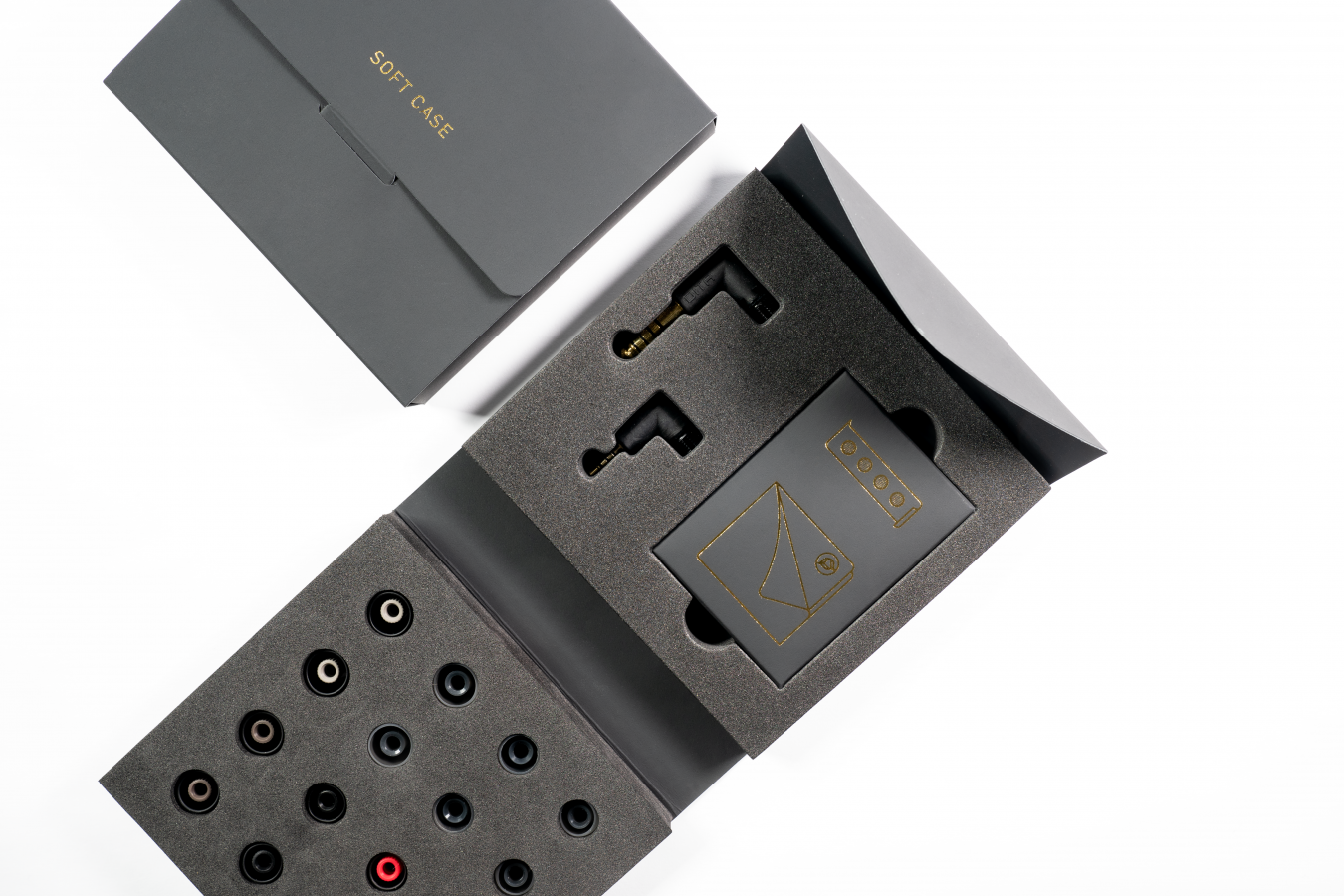