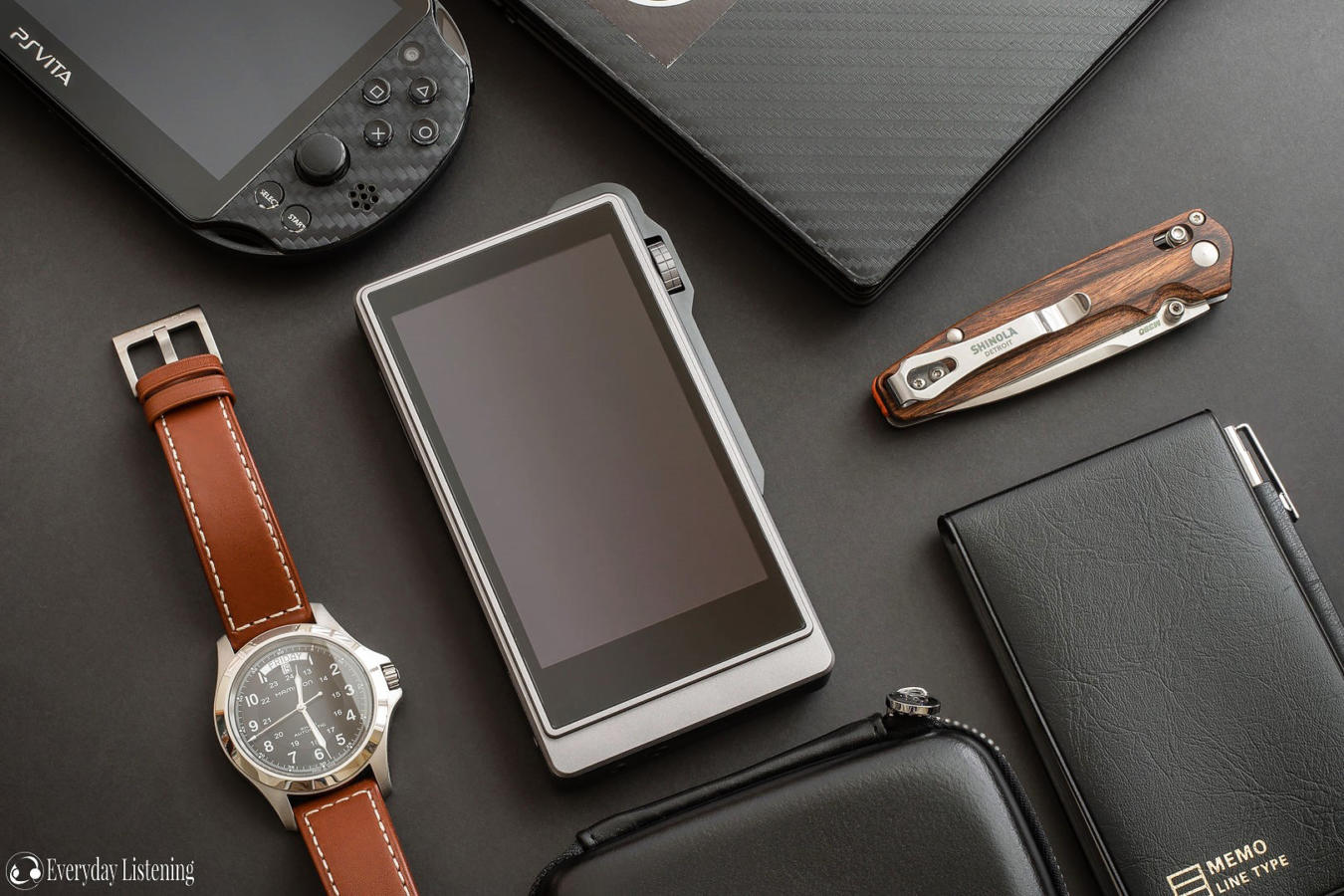 All comparisons below were using the Custom Art Fibae 2 to reduce the effects of output impedance. I used a mixture of in-line switcher and independent listening to form a conclusive impression.

Shozy Alien+ ($450): The Alien+ has a very simplistic UI but is almost TOTL in terms of audio hardware specification, implementing the AK4495SEQ in addition to a 24V amplifier that makes it immensely powerful. It’s a DAP that prioritises musicality with a clearly skewed timbre compared to my other sources but one that is ear-pleasing nonetheless. The Alien+ doesn’t have the same sub-bass impact as the DX200, but it has a little more mid-bass warmth. It’s very well controlled but due to a touch of bloat, isn’t quite as defined as the DX200 nor as fast.

The Alien+ has a more vivid midrange, with a more forward upper-midrange partially counteracted by its greater bass warmth. Still, notes aren’t as wholly resolved as the more linear DX200, lacking some intermediate information. Still, for those not prioritising timbre and transparency, the Alien+ is just as inviting and resolution is almost as high. Highs are also more vibrant on the Alien+ though the DX200 is more detailed and extended while the Alien+ has a little more middle treble aiding air and clarity. The DX200 has a larger soundstage and it’s stage is considerably more organised.

Hiby R6 ($650): The R6 is a prime comparison, assuming a dual 9028 DAC setup (though Q2M vs Pro). It is quite a powerful source, but also has a higher output impedance of 10-ohms meaning that it can skew the sound signature of low-impedance, multi-driver IEMs. The R6 is distinctly darker than the DX200. It has a little more sub-bass but a similarly neutral mid and upper bass. Control is good but it isn’t quite as tight as the DX200. Mids are similarly toned, the R6 sounding darker with its more laid-back upper-midrange as opposed to the slightly more revealing DX200.

The DX200 has greater detail presence and retrieval where the R6 sounds a little more disjoint due to its less even upper-midrange/treble transition. The R6 has a darker background which makes it sound more composed but also less airy. Both extend well, the DX200 has greater resolution. Both also deliver nice soundstage expansion, the R6 is actually slightly more spacious, but it doesn’t image nearly as well as the DX200 and its layers aren’t as clear-cut.

Echobox Explorer ($500): The Explorer utilises the Burr-Brown 1792 and TPA6120 amplifier, the same as the Hiby R6. As such, both sources have a higher 10ohm output impedance that will affect the signature of low-impedance multi-driver IEMs. The Explorer also has a fairly high-gain and noise floor, all factors that make it best suited for headphones over in-ears. Sonically, the Explorer has a little more sub-bass while maintaining a similarly neutral tone and level of definition.

The Explorer has a more forward vocal presentation, it’s slightly more upper-midrange forward and therefore has greater clarity. That said, it doesn’t sound quite as natural and refined as a result. The Explorer has a slightly more aggressive lower-treble presentation than the DX200, it’s slightly crisper but no more detailed. The DX200 extends further, it has higher resolution and is more linear. The DX200 has a larger soundstage with more accurate imaging.

Fiio X7 MKII w/AM3A ($650): The X7 MKII is Fiio’s current flagship DAP that sports the same ESS Saber 9028 Pro DAC, but employs just one instead of two on the DX200. It has noticeably less output power and is slightly more engaging as a result of its warmer, more musical signature. The X7 MKII has a noticeably warmer bass presentation though this comes at the cost of detail where the DX200 has a noticeable advantage. The DX200 is also tighter, delivering more concise impact. The X7 MKII has slightly more articulated midrange in addition to a warmer tone.

That said, it notes aren’t as wholly resolved as the more linear DX200 nor is it as transparent. The DX200 sounds more refined overall, it has a noticeable advantage in terms of high-end detail, especially with regards to micro-detail. It has higher resolution where the X7 MKII is actually slightly brighter but also less resolving. The most immediately apparent difference between the two sources is with regards to soundstage where the DX200 really pulls ahead. The X7 MKII is nicely separated, but the DX200 is significantly more spacious.

The DX200 is a TOTL product at a premium, but not necessarily TOTL price. It is not the best source I’ve heard, but easily among the top handful and, in order to find an objective upgrade, buyers will be heading firmly into the territory of diminishing returns. Some aspects, don’t inspire the same confidence. The DX200’s UI, in particular, is fast but also a hair less responsive than some competitors in addition to lacking the Google Play store. Its wider design may also make it a little harder to hold for some users and there are some small software niggles here and there that still require ironing out. On a more positive note, its build quality is great and the DX200’s battery does last surprisingly long considering the features and driving power on offer.

Most importantly, the DX200 is an auditory delight. It has terrific driving power while maintaining a low noise floor and output impedance; in addition to a linear signature and neutral tone that effectively realises iBasso’s aspirations to create a truly reference DAP. Its slightly more aggressive high-end prevents universal synergy though it’s not nearly as noticeable as the “glare” produced by prior 9018 devices, still achieving wide synergy with a range of sounds. It’s not a device without its caveats, but I did find myself reaching for the DX200 over the past months more frequently than my other sources, a testament to its quality. The DX200 is an incredibly technical source with great hardware and versatility set to a fast user interface.

The DX200 is available from Amazon (International) for $899 USD at the time of writing. Please see my affiliate link for the most updated pricing, availability and configurations.