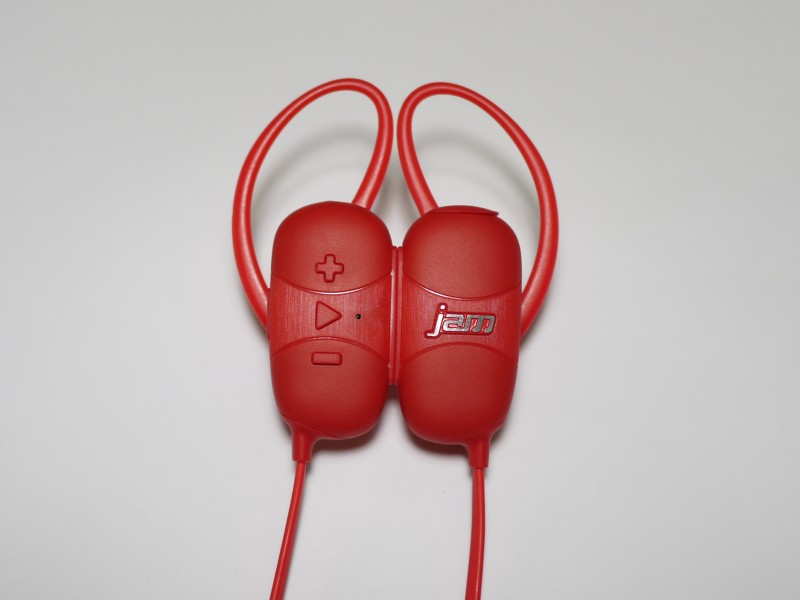 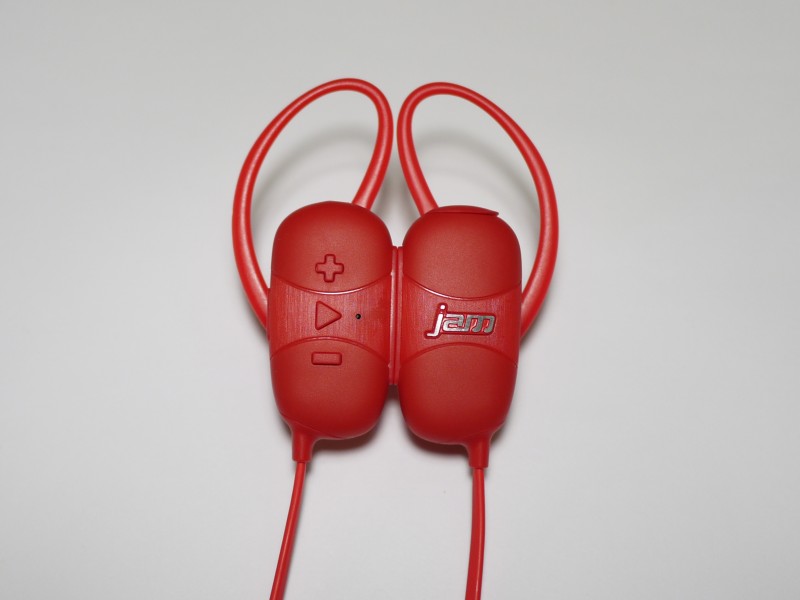 Note: due to the large number of users reporting long-term reliability issues with this headset (see comments below), we not longer recommend it for purchase. Our full review is preserved below in its original state.

Wireless headphones and earphones have long been the red-headed stepchild of audiophile communities – considering how quickly the wireless market is growing, they just don’t get enough time in the spotlight.

However, I am convinced that wireless is important to portable audio, especially the entry-level and mid-range segments, and even has the ability to deliver the sort of audio fidelity we are after here at The Headphone List.

Being un-tethered from your device is just too easy to get used to, and difficult to give up afterward. This is doubly true for exercise sets, where convenience and durability can be more important than sheer sound quality. Enter the JAM Transit Buds – a $50 set of Bluetooth wireless in-ear headphones designed for active use.

The JAM Transit Buds come in three colors and use a fairly conventional design – small driver chambers attached to larger housings holding the battery and Bluetooth circuitry. They end up looking like two mono Bluetooth headsets connected by a cable. The parts of the housings that sit inside the ear are small and comfortable, and the nozzles are angled for a better fit. A set of detachable ear hooks is included – these mount on the “neck” of the earphones between the driver chambers and main housings, keeping the earphones in place more securely.

The cable is rather long, but outfitted with an adjustable cinch that can be tightened when necessary. The Transit Buds are meant to be worn cable down, with the cord behind the neck. My favorite feature of the earphones is the pair of magnets built into the sides of the housings, which hold the left and right earpieces together. This makes the headset considerably more convenient and secure to wear around the neck when not in use – more so than any other I’ve tried.

The JAM Transit uses a 4-button control scheme – power button, multifunction button, and combined volume up/next track and volume down/previous track buttons. A Micro-USB charging port is located under a cover on top of the right earbud. The earphones are also sweat-resistant, with an IPX4 rating (for an overview of IPX ratings, see here).

The JAM Transit Buds seem to utilize a conventional Bluetooth 2.1 chipset with no support for optional codecs. All of the basics are covered, however, including voice dialing/Siri integration, and the day-to-day usability has been top notch in the month I’ve been using the headset. Passive noise isolation is average, but definitely good enough for use out and about or at the gym.

My go-to Bluetooth headset is the Sony SBH80, which I reviewed here. The SBH80 is a feature-rich headset with a “wearable” form factor. It is significantly more expensive and complex than the Transit Buds, but lagged behind the JAM unit in one key aspect – operating range. The Transit Buds maintained connection a little better over long distances and through walls and other solid objects.

[su_spoiler title=”Testing Note (click to expand)” anchor=”#testingnote”]
In testing the audio quality of the JAM Transit, the following equipment was used:

I found the JAM Transit impressive as a Bluetooth headset, but slightly underwhelming as an earphone. I wasn’t expecting great things from a sub-$50 sports-oriented wireless set, but the wired in-ear market has been improving steadily in sound quality, with plenty of great-sounding products now found in the price range. The sound of the JAM is more reminiscent of entry-level wired earphones of several years back. The bass is deep, but bloated. There’s an excess of mid- and upper-bass, which causes the unit to sound a little sluggish. The bass bloat affects the midrange, which has mediocre clarity as a result. The treble is soft and laid-back, lacking in the way of energy and extension. A brighter sound would have helped with the clarity and perceived resolution.

On the whole the sound of the JAM Transit is very warm and very smooth, but just not very impressive from a fidelity standpoint. However, first-time headset buyers coming from stock earbuds or inexpensive wired earphones, and listeners who prioritize the non-audio features of the JAM Transit, such as its sweat resistance, will enjoy the earphones – especially the deep, powerful, hard-hitting bass.

The JAM Transit Buds deliver what they promise – easy-to-use Bluetooth functionality with a design that’s suitable for workouts thanks to a secure fit in the ear. The sound could be better, with overpowered bass resulting in warm and somewhat muffled audio, but on the whole the Transit works well. I especially like the built-in magnets, which make the headset easier to store and more “wearable”, as well as the impressive wireless range, which beats the Sony SBH80 by a couple of feet.