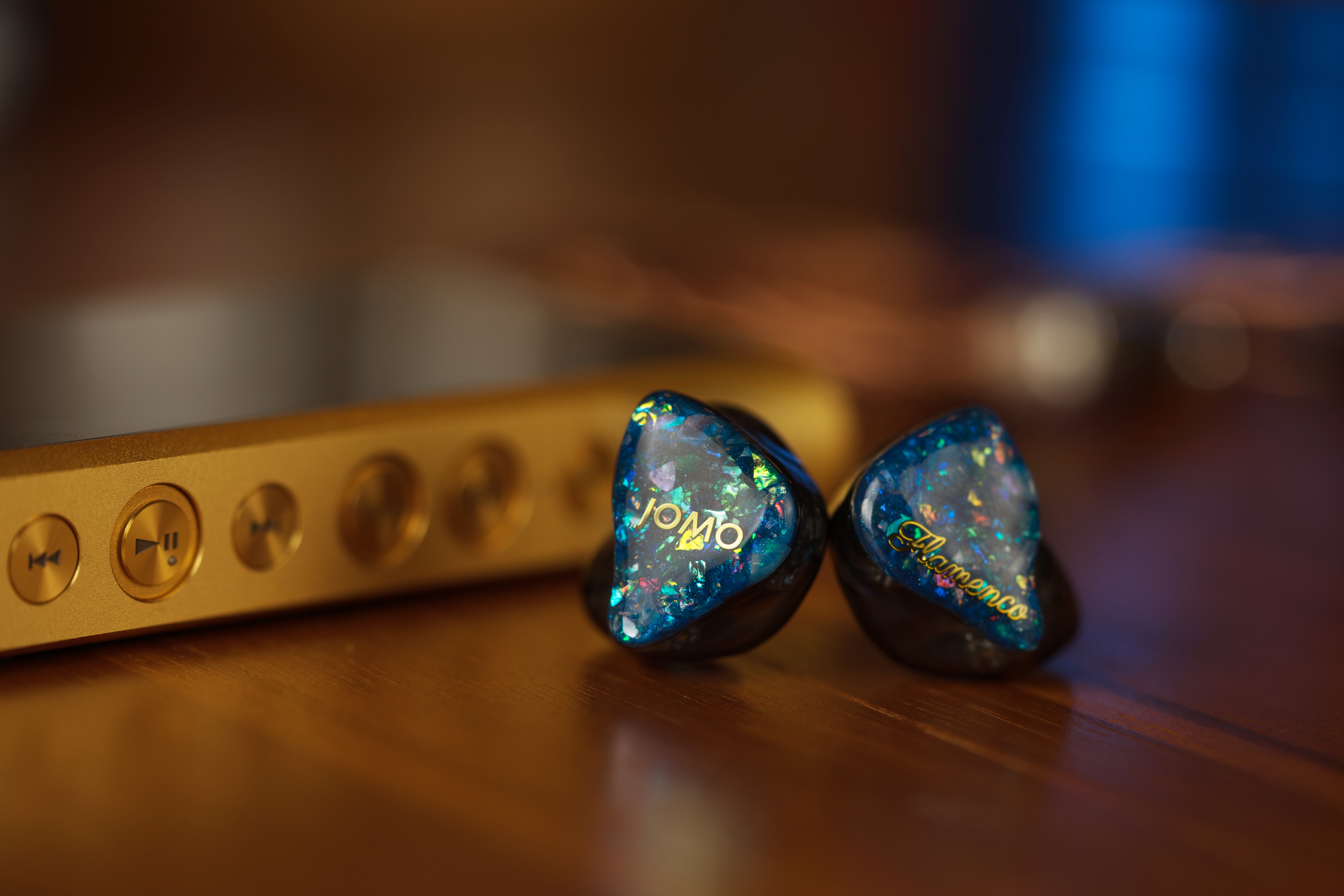 Unique Melody Maestro V2
UM’s retuned Maestro has a fairly neutral tonality, balancing between warmth and clarity. Though it can’t be classified as warm altogether, it is relatively warmer than Flamenco. Flamenco bests the Maestro in top end extension, and has greater resolution as well as transparency, while being slightly drier in its tone. Accordingly, the Maestro has the upper hand in tonal accuracy, while Flamenco is more precise.

Maestro’s stage is both wide and deep, resulting in an evenly proportioned and large stage. Its imaging is sufficiently precise to result in a holographic presentation. Flamenco equally has precise imaging, but its stage is more intimate by comparison. In terms of separation, both are top performers, with the Maestro relying on its stage dimensions and precision of imaging, and Flamenco on the focus of the image – its imaging and resolution.

Both monitors share a moderately enhanced bass impact, which adds a sense of dynamism to the music. In both cases, the control and pace of the bass results in an airy bass room, benefitting the stage and separation. Maestro’s midrange is slightly warmer, with a different vocal presentation. Vocals are greater in size, offering a nice balance throughout the vocal range. Flamenco’s vocals might be slightly more compact, they are greater in density, and create a more solid image. Maestro has a full-bodied instrument size, accurate in tone. Flamenco on the other hand offers higher definition of its instruments, due to its further extension treble and more prominent treble tuning. Finally, as Flamenco’s treble is a bit brighter it offers more sparkle and detail, while Maestro’s treble is smoother and more accurate in tone.

Advanced AcousticWerkes W900
Flamenco faces off with its first local competitor: Singapore’s AAW recently released flagship 8+1 hybrid. The W900 is slightly warmer than neutral; Flamenco’s more prominent upper midrange results in an overall slightly brighter tuning. Both monitors share some faint similarities, though ultimately differing in their presentation. They share an impressive treble extension, with the W900 offering one of the furthest extensions on the market. In terms of transparency and resolution, the two cut it close, as well as in their precision of imaging.

The W900 impresses with its vastly wide stage, impressive for iem standards. Although it is significantly wider than deep, it combines a good bit of height with width to create an overall large screen. Accordingly, the W900 primarily relies on its width for separation, while Flamenco falls back on its depth and layering. Due to the smaller space, the image is more concentrated and focused.

Similar to Flamenco, the W900 has an enjoyable bass, north of neutral in terms of overall quantity and body of the bass. It’s a rounded bass, with a sub-bass that extends slightly further than Flamenco. Despite the bass being produced by a dynamic driver, the bass is particularly airy and quick, somewhat out of character. While they differ in their texture and decay, they aren’t vastly different in terms of sheer enjoyability. The W900 has a forward center midrange, with a slightly more prominent lower midrange than Flamenco. Accordingly, vocals have similar density, although the W900 has slightly more body. However, due to the W900’s upper midrange dip, its vocal presentation smoothens over the top end of vocals, with Flamenco displaying more balance in the top end of the vocal range. Finally, the W900’s treble is fairly neutral in quantity and slightly thicker in its definition, although its tone is not completely natural. As Flamenco’s treble tone is brighter, it isn’t completely accurate either – it is however more articulate.

Dita Audio Dream
Local competitor #2, the Dita Audio Dream, strives for a reference tuning, but does things its own way. Using a full range single dynamic driver, the Dream combines a powerful bass response with a relatively neutral tuning. Although both monitors share an upper midrange peak, the midrange tone of the Dream is warmer, due to its significantly enhanced bass response. As a result, Flamenco bests the Dream in terms of transparency. In addition the Flamenco’s treble extends further, giving it the advantage in midrange resolution.

The Dream creates a vast, 3D stage, with even proportions in width and depth, similar to the Maestro V2. Accordingly, its stage dimensions are larger than Flamenco, while its imaging is precise enough to create a holographic image. However, the enhanced bass response affects the airiness of the stage. Due to Flamenco’s airier stage and greater transparency, it is more upfront in its detail retrieval, while the effectiveness of their separation relies on different means. Flamenco sounds cleaner, while the Dream’s stage is simply larger.

Dream’s low end is monumental – it reaches low, and hits hard. It’s a deep, rounded bass, with beautiful texture and impressive weight. Unfiltered dynamic power. Flamenco’s bass is faster, but can’t match the sheer power of the Dream’s quality bass. The Dream’s enhanced bass produces more warmth to the stage and the midrange, resulting in a warmer tone. The midrange itself however is laidback, with a relatively distant vocal presentation. Flamenco’s vocal is not only more forward, it creates a denser, more focused center image. The Dream primarily creates its clarity based on an upper midrange peak, while its treble is relatively linear. Flamenco’s treble in turn is more articulate, while it adds a bit more sparkle on top.

Empire Ears Zeus-XIV
Zeus-XIV combines technical proficiency, with an outspoken forward and midcentric signature. At the time, its forwardness and flavour seemed counterintuitive for the general expectancy of a summit-fi flagship, eventually resulting in its later revision. Even later, Empire Ears included the option of ADEL technology. The original, unaltered Zeus-XIV however boasts a full and forward midrange, with a relatively neutral bass and treble. With similar treble extension, Zeus’ performs at the highest level in terms of transparency and resolution – similar to Flamenco.

With a stage that is wide, deep and tall, Zeus’ stage is larger in all directions. Flamenco’s stage is similarly proportioned, but more intimate by comparison. In both cases, the imaging is precise, with excellent layering ability. As neither iem outperforms each other in individual aspects, Zeus has a natural advantage in separation, based on its larger stage dimensions.

Zeus’ sub-bass is lightly enhanced, but overall still relatively close to neutral. Flamenco adds a bit more quantity and body to the bass, although the overall impact is fairly similar, at least without the added bass setting. Flamenco and Zeus share a similar forwardness in the center midrange, but due to a more prominent lower midrange as well as less treble emphasis, Zeus’ vocal presentation has more body and balance throughout the vocal range – truly Zeus’ specialty. Flamenco’s vocals are dense and slightly forward, but more compact in size. In addition, Flamenco’s midrage is less warm in tone. Finally, while both iems share an articulate and detailed treble, Flamenco offers more sparkle up top, and increasingly more clarity with the treble switch on. 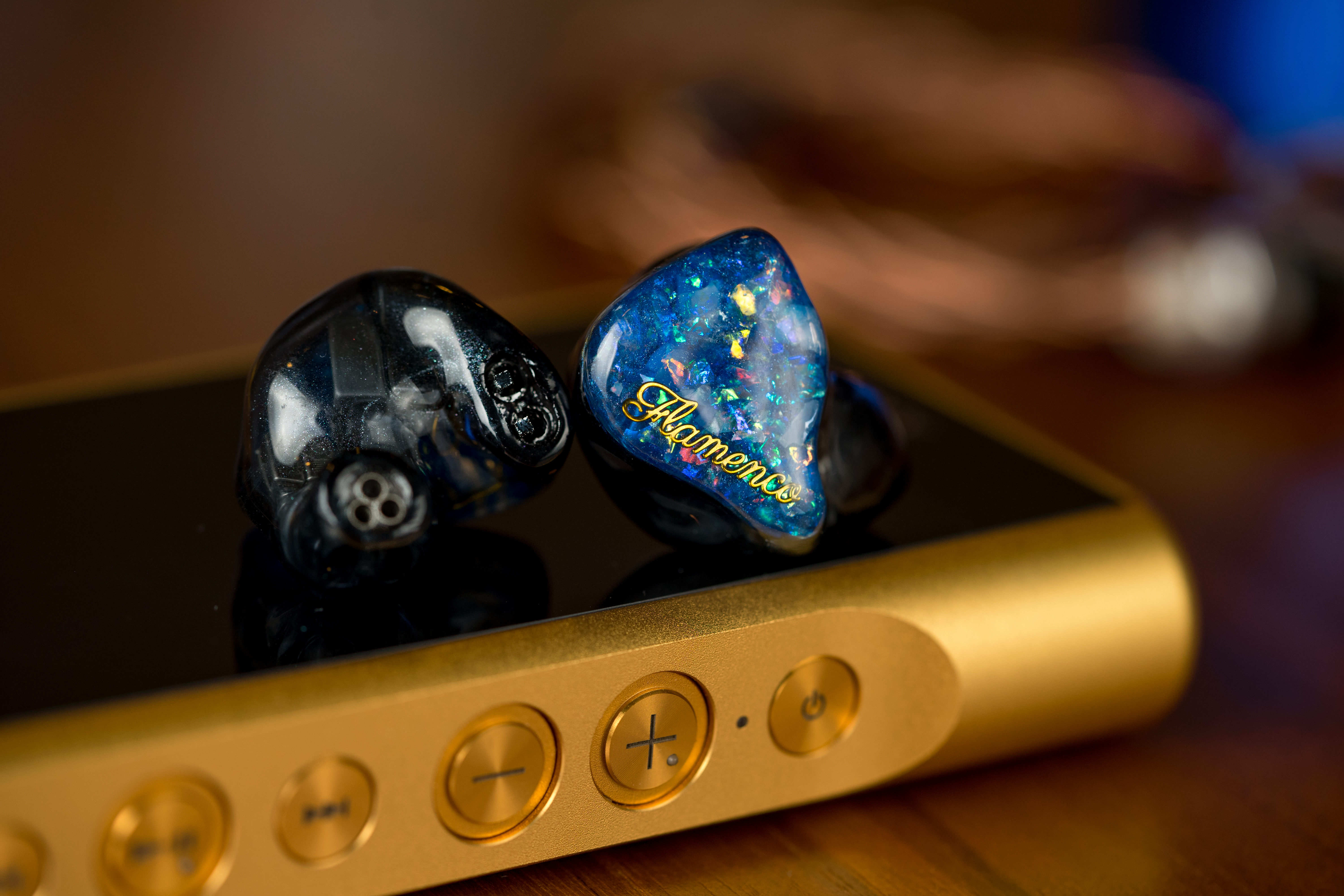 Back in the day when there were only a handful of flagship ciems to choose from, Hidition made its name as the ‘king of clarity’ – leader of the pack when it came to technical performance, a role that Jomo seems comfortable in taking on. Following its latest flagship releases, Jomo’s house sound has started to emerge – a philosophy with as starting point that technical excellence should be expected at this price, and variations in signature depending on the models. Preference for signature might be subjective; technical performance isn’t. When it comes to aspects as transparency, resolution, imaging and separation, very few iems can come close to the Flamenco’s performance.

Flamenco and Samba share several commonalities: high resolution and transparency, and precise imaging as well as layering. In addition, their overall stage dimensions are fairly similar. I for one tend to be very appreciative of such a solid technical foundation. Jomo had already set a high standard for performance with Samba – one of the most technically proficient iems, with a signature in service of performance: a racecar, not a saloon. Due to the added body and more forward vocal presentation, Flamenco’s space is a bit tighter compared to Samba; Samba’s vocal presentation is relatively more laidback by comparison, taking a more central role on the stage. Accordingly, the leaner note structure results in a more effortless separation, especially since Samba’s background is just a bit blacker. I mentioned resolution, transparency, and imaging; but when it comes to separation, hardly any monitor can outperform Samba – not even Flamenco.

However, by boosting the center midrange frequencies, Flamenco’s midrange is more in line with summit-fi competitors as Zeus, 5-Way and the W900, to name a few. The midrange carries more weight, while there’s more tonal balance throughout the signature. The Flamenco successfully marries Jomo’s signature technical performance, with a mature and competitive flagship tuning. Best of both worlds?