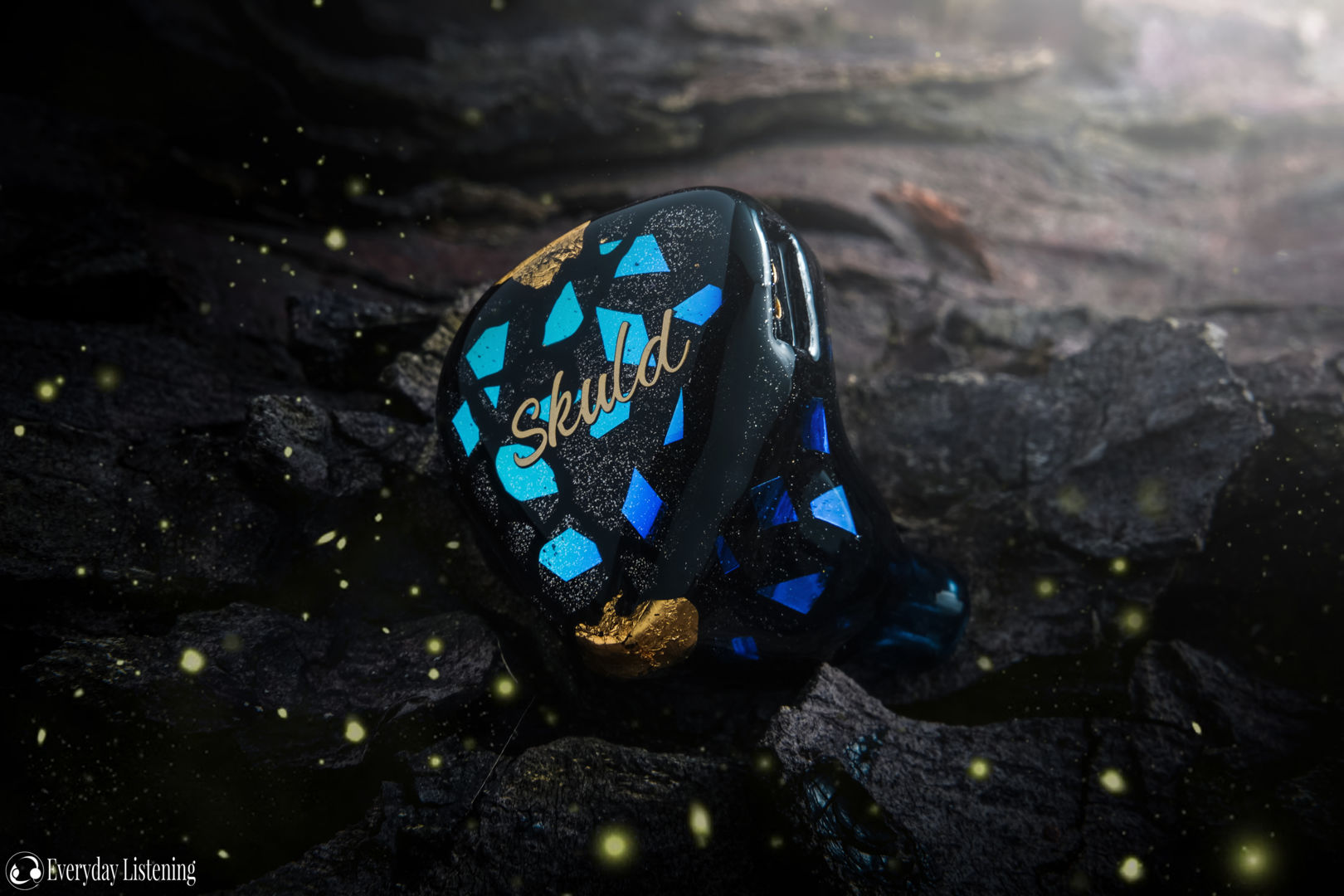 Etymotic EVO ($499): The EVO is a more focused, linear and cleaner sounding earphone. In this way, it is a stark difference from the coherent, full-bodied Skuld. The Kinera appears to have more bass as its upper-midrange isn’t as pronounced, but neither are bass forward. The Skuld extends a touch deeper but the EVO has more deep-bass emphasis so it has a more powerful, weighted note presentation despite lacking the same slam at the bottom. The Skuld is warmer and fuller, it has more impact and punch. The EVO is cleaner, more separated and more detailed. The same extends to the midrange. Both are naturally voiced, the EVO is far cleaner tonally and has much better separation with less lower-mid boxiness. By contrast, it will be considered lean by many where the Skuld is the opposite, being full-bodied and superbly coherent.

The EVO has a smoother articulation to balance and has generally higher note definition. The Skuld is much more forgiving and forms an easier listen albeit at the cost of separation chiefly. It has a slightly more prominent treble overall, but the lower-treble stands out the most, being crisper albeit thinner than the Ety. The EVO is more even and has an advantage with regards to texture and fine detail retrieval in the foreground. However, the Skuld does extend a little better, delivering greater headroom. In turn, it has a wider stage and both layer exceptionally well, the Skuld more apparently so. The Etymotic has much sharper localisation and better separation which further enhances its detail advantage.

TRI Starshine ($499): The Starshine has a similar voicing through its bass and mids but a brighter and more aggressive top-end. Bass is similar in tuning and positioning on both but appears a little more forward on the Skuld as it isn’t as bright. While the tonality is nigh identical, the note presentation is a little more textured and dynamic on the Skuld and it is slightly deeper extending. Meanwhile, the Starshine is a bit faster in the mid-bass. The midrange is also not too dissimilar, albeit the Skuld does sound more natural to me. The Skuld is more full-bodied and more coherent where the Starshine has greater clarity and a much sharper articulation due to its treble.

The Starshine sounds a little strained but has better separation than the Skuld. The Skuld isn’t as sibilant which is my main concern on the TRI. The Starshine has a much brighter treble, mainly around 8k. The Skuld has a bit more bite and note definition in the lower-treble but also sounds a little more brittle. The Starshine has a brighter background and sounds much thinner and sharper. It is more detail forward and has more information in its upper-treble. The Skuld is also well-extended and airy, trading off some sparkle and micro-detail for better layering and a more even tonality. The SKuld has a wider soundstage and much better layering while the Starshine is more holographic.

Moondrop Variations ($520): The Variations is more linear through the mids and treble but has a pronounced sub-bass boost for engagement. It immediately extends better delivering far more slam and pressure with its hybrid setup. It manages to be tonally cleaner as emphasis falls off into the mid and upper bass. The Skuld is faster and note definition is higher despite its added warmth. It isn’t nearly as dynamic but punchier. The Variations has more texture but less separation and note definition. The Variations has a slightly more natural midrange voicing and a more neutral tone. It has better separation and a more accurate articulation. The Skuld is clearly more coloured but that may not be a bad thing depending on your preferences.

It is slightly warmer leaning and notably more full-bodied. The Skuld has a more complete note structure, sounding more coherent, more forgiving and almost as natural. It has bigger, more powerful vocals. The Variations has a superbly linear lower-treble alongside EST speed the Skuld cannot match. This gives it a noticeably more accurate timbre and note body alongside better fine detail retrieval and separation. The Skuld has a sharper note attack and slightly higher note definition though at the cost of being thinner and more brittle. Some may prefer its more energetic voicing though both have similar treble presence overall. Both also extend well, the Variations resolves a little more micro-detail. The Variations has a larger, deeper stage and sharper localisation. The Skuld has better layering and higher coherence.

The Skuld took me by surprise in many aspects coming from past Kinera earphones and it’s admirable to see the huge strides the company has made over each generation of product. Mirroring the impressions of others, these are easily some of the most visually stunning IEM shell I’ve seen. Their compact and rounded profile with pressure relief vent also make them superbly comfortable and low profile. Similarly, the sound tuning also represents one of the most refined and natural takes from Kinera; compared to the Freya, I would not guess these were made by the same team as the Skuld is far more balanced, naturally voiced and technically impressive.

The main issue here lies not in the Skuld itself, but with the stiff competition it faces in its higher price class. I found it to be a mid-pack performer here and do think its unique and well-executed tonality will be its main call to fame. This is one for the vocal lover, mids being flattered with grand notes and enriched body yet, without any weirdness nor excessive tonal colouration. The treble is nicely extended, imparting openness and energy to counterbalance. The Skuld is an intersection between IEM design and art, a combination of great tuning and good technical ability that delivers one of the most coherent and layered presentations I’ve heard.

The Skuld can be purchased from HiFiGO for $550 USD at the time of review. I am not affiliated with HifiGO or Kinera and receive no earnings from purchases through this link.