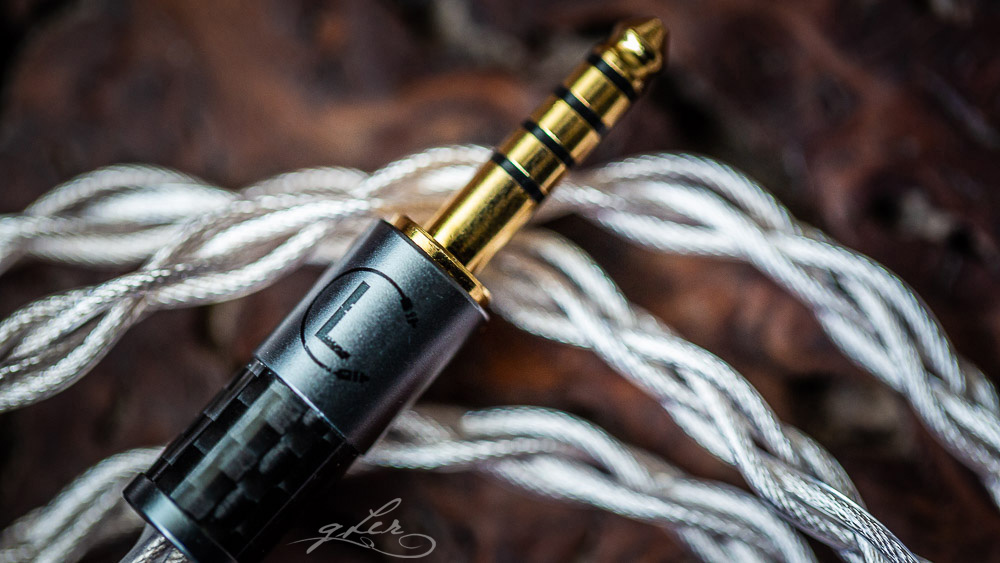 Packaging, design and ergonomics. Everything I wrote above for the MDR-Z1R cable applies here, with some minor exceptions. The cable type and gauge is exactly the same too, but Lavricables adds a small silicone o-ring to the IEM cable that acts as a chin slider. The MMCX connectors are also much smaller than the locking 3.5mm headphone connectors, and featured clear PVC moulded ear guides, but other than that, all the other hardware is identical.

Size-wise, the Lavricables Ultimate looks more at home as an IEM cable, being relatively bulkier when used with IEMs as opposed to headphones. It remains just as supple and lightweight, however, but will feel more substantial than the thinner stock cables on most IEMs, including the stock IER-Z1R cable I’ll be comparing it to.

The IER-Z1R is one of my all-time favourite IEMs, but among its numerous design quirks, it’s notorious for having recessed MMCX connectors that make it difficult to fit third-party cables. As such I’ve never been inclined to swap out the stock cable. That said, Lavricables have designed a version of the Ultimate that perfectly matches – and fits – the IER-Z!R’s connectors. They connect quickly and, importantly, without much force, and don’t require too much force to remove.

Sound characteristics. Like its headphone sister, IER-Z1R has a big sound, with sub-bass that extends almost endlessly and some of the most articulate treble I’ve heard in an IEM. The midrange, while not overly recessed, sits slightly behind the bass and treble, but the sheer clarity of the sound prevents it from sounding veiled.

The Lavricables Ultimate doubles down on the clarity, not so much by sharpening the sound, but rather by tightening up the midbass and darkening the spaces between instruments. Sub-bass becomes more focused too, and midrange notes seem to jump out more easily. The added clarity does make vocals slightly drier, but I don’t personally hear them as thin.

Unlike the MDR-Z1R, the IER-Z1R doesn’t have any harsh peaks, so there’s nothing I’m really looking to ‘correct’ with an aftermarket cable. As such, switching from stock is, for me, more about preference, and the relative emphasis of different frequencies.

Sonically the Lavricables Ultimate retains the sub-bass focus of its headphone sibling, tightening up the midbass of the IER-Z1R. Since the IER-Z1R is already  sub-bass focused with a more linear midbass, this change might not be to your liking if you enjoy your sound warmer and fuller, but it helps to create an even grander sense of space than before. Midrange notes, as mentioned above, appear clearer but also drier. Some may find them thinner too, but I personally don’t. Treble is not changed as much as it was with the MDR-Z1R, likely because the IER-Z1R’s treble is already so refined, extended and clear.

Overall I’d say the Lavricables Ultimate tweaks the sound of the IER-Z1R, making it ever so slightly less warm and bumping up the clarity by a notch. Whether or not you’ll like the change will depend on how much you enjoy the sound of the IEM in stock form, but I will say the change here is more subtle than it is with the MDR-Z1R.

Verdict. Unlike the MDR-Z1R, Sony matched the IER-Z1R with a perfect stock cable for my preferences. The Lavricables Ultimate is a great alternative if you’re looking to tweak the sound with a silky, silvery shimmer. If you’re not a fan of the IER-Z1R’s warmth and heft, switching to the Lavricables Ultimate will certainly give you a more linear sound, not quite neutral, but not as bold either.

Given its reasonable price, excellent build quality and sleek appearance, plus ergonomics that many will consider an upgrade over the stock cable, the Lavricables Ultimate is an easy cable to recommend. It also has hardware that’s been specifically chosen to match the Z1R’s quirks, and a sound profile that’s easy to like. If you’re looking for a high-quality pure silver alternative to the Sony stock cable, start here.

I’ve been in this game for a while, and haven’t come across the Lavricables name too often. That’s a shame, because if the Lavricables Ultimate is anything to go by, these are some of the finest pure silver cables I’ve had the pleasure to test and use to date.

No, they’re not going to set the world alight with hard-cased, flashy, fancy packaging, or an unboxing experience to rival that of a luxury watch, but that’s okay. I think where cables are concerned, less is more, especially if it means being able to offer this level of quality workmanship and sonic excellence at a reasonable price.

If you have a headphone like the Sony MDR-Z1R that, in my opinion, benefits from a change of cable, make sure Lavricables is on your list. I haven’t had the chance to test some of their more expensive cables, but hope to do so in future, and will be sure to report back here when I do.

As for IEMs, in a market where $1000+ cables are becoming ‘the norm’ for the higher-end enthusiast, I would not hesitate to include more affordable options like Lavricables Ultimate in the mix. And to make the point, not because it’s cheaper, but because its performance and ergonomics merits inclusion.

Thanks again to Konstantin and his team for giving us the opportunity to experience the Lavricables Ultimate in person.