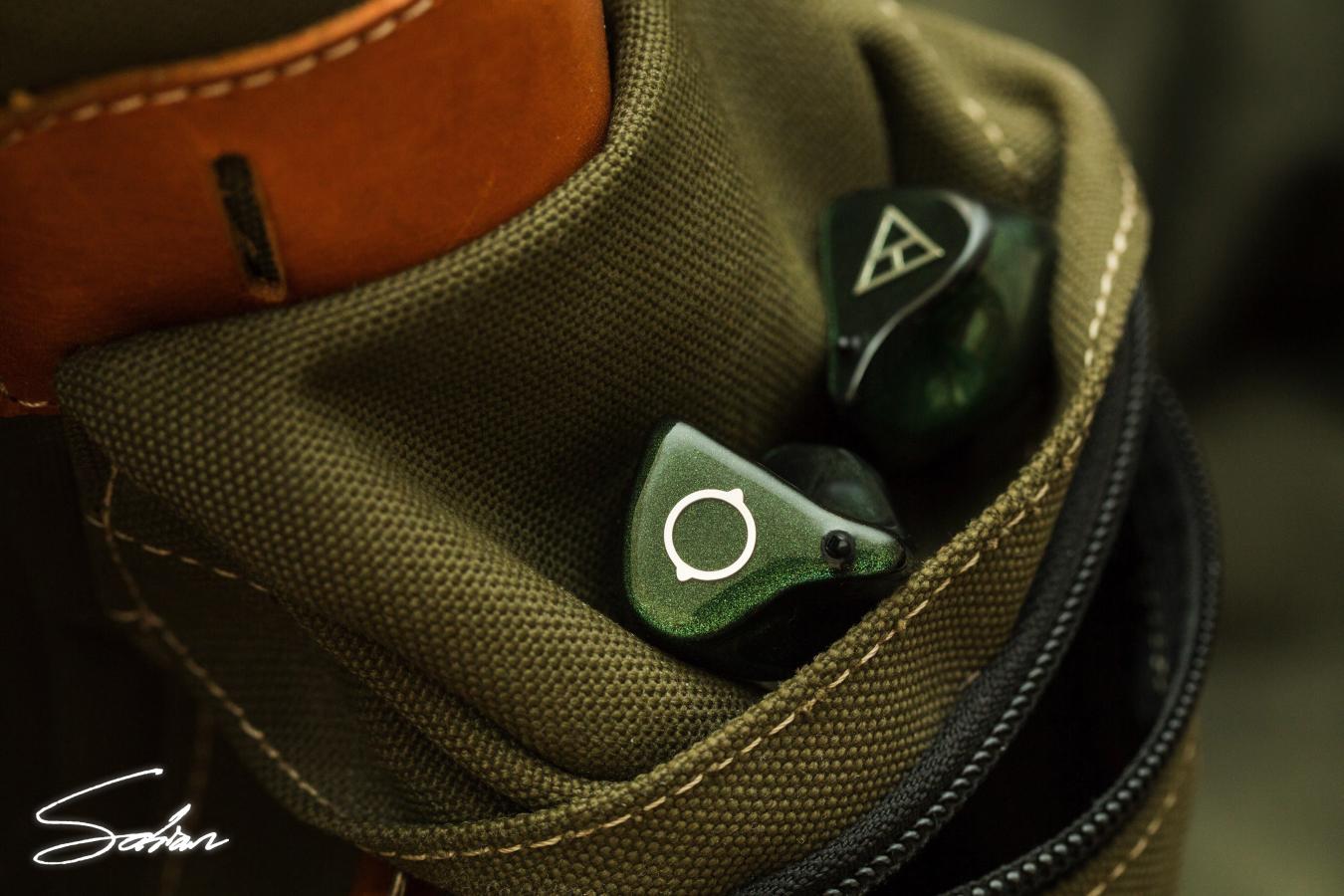 The largest difference between the Aether R and its predecessor is in dynamic range. The original has this compression-like effect that comes from its modest top-end extension, which causes a sensation of pressure and fatigue to set in over time. Although the instruments sound clear, defined and musical, they don’t sound as free and effortless as they should. The R, on the other hand, has a much greater sense of headroom, which allows those instruments to breathe noticeably better. More forward upper-mids help bring them closer to you as well, for a sig that’s both more easygoing and punchy.

Instruments on the 2015 Aether are definitely more compact. They also attack with a slightly sharper and brighter edge, due to a more prominent lower-treble peak. The R comes across more refined, and more even-handed between attack and body. It’s easier to dive into the textures and colours of each instrument with the R, while the original is only giving you the face of the note most of the time. The bass is also airier and cleaner on the R, while the original’s is wetter and looser. To me, as long as you don’t mind losing a tiny bit of top-end edge, the R is every bit the Aether 2.0 it should be.

Compared to the Aether R, Lime Ears’ 4-driver Model X is noticeably leaner, airier and lighter-sounding. This comes from the latter’s slightly leaner mid-bass, as well as a more forward-sounding treble. The Model X’s low-treble especially has a crisper edge, which adds a brighter colouration to its attack. Finally, a more subdued upper-midrange means the Model X’s instruments aren’t as saturated and rich as the R’s, which again reinforces that airy, crisp and light timbre. However, the R keeps up capably in terms of headroom, refinement and control, because of the stability of its top-end extension.

And, that authority extends to resolution and imaging as well. Although the Model X’s frequency response allows it to possess greater clarity, the R has the edge when it comes to sheer resolution and imaging precision. Textures are more fleshed out and instruments feel more three-dimensional, even though the Model X is the crisper and tighter one of the two. Spatially, the R has the more solid positioning with greater left-right separation, though the Model X doesn’t lag too far behind. Finally, you get more extended, big-sounding lows with the R compared to the Model X’s tighter, cleaner jabs.

The Aether R and A6t share a similar type of presentation, portraying instruments with this bigness, explosiveness and cohesion. In terms of note size, forwardness and all-round musicality, the two go toe-to-toe. Their differences, then, lie in which frequencies are highlighted. The A6t has a considerably more laid-back upper-midrange and an equally lifted low-end. As a result, it’s denser-sounding with a fair amount of weight and robustness to its instruments, while the R is more vibrant-sounding, expressive and melodic, with a lightness and airiness to its low-end response by comparison.

Spatially, the A6t is more realistic-sounding with fairer proportions between width and depth. The R colours its depth a tad by pushing instruments forward for a stronger sense of projection and intimacy. This also results in the A6t having the edge in left-right separation. However, in terms of headroom and refinement, I’d have to give a slight lead to the R. It’s more free-sounding than the A6t, which can sometimes sound a tad stuffy with busier material. And, its top-end is smoother and thicker-sounding as well, while the A6t’s tia driver more so emphasises detail retrieval and cleanliness.

The itsfit Lab Fusion has a similar neutral-warm tonality to the Aether R, but it isn’t as alike when it comes to texture and treble presence. The Fusion has a sparklier, more energetic upper-treble that gives its instruments a crispier timbre, as well as a slightly brighter edge. But, sufficient presence along the mid-bass is what keeps its tone in line with the R’s. The Fusion is certainly more clarity-focused, relative to the richer and more harmonically-textured Aether R. The latter has an emphasis on showcasing the body and colour of its notes, while the Fusion has more of an eye for separation and detail.

Spatially, the Fusion separates with a bit more cleanliness, allowing more of the black background to peer through and highlighting those tinier nuances. Meanwhile, the Aether R’s richer, wetter timbre is all about coherence, cohesion and musicality. Which is better will ultimately come down to your preferences. However, what the Fusion does have an edge in is stereo separation. When drum solos hit with toms and cymbals panned left and right, the Fusion translates that back-and-forth more effectively, while the R is better at delivering the energy and atmosphere of the track as a whole.

With the Aether R, Lime Ears have infused their signature blend of airy, resolving musicality with a new maturity. They’ve matched the energy in the IEM’s vibrant, immersive, larger-than-life instruments with just as much refinement, authority and control. Behind the R’s big-sounding bass, richly-textured midrange and cleverly-tempered top-end is the stability to ensure it all stays engaging for hours on end. While its packaging is in dire need of a makeover, at the end of the day, the R is as much a testament to Lime Ears’ progress as it is a celebration of their legacy. As rare as good sequels seem to be, the Aether R has recaptured the company’s boisterous charm, and given the industry a worthy flagship to be excited for.