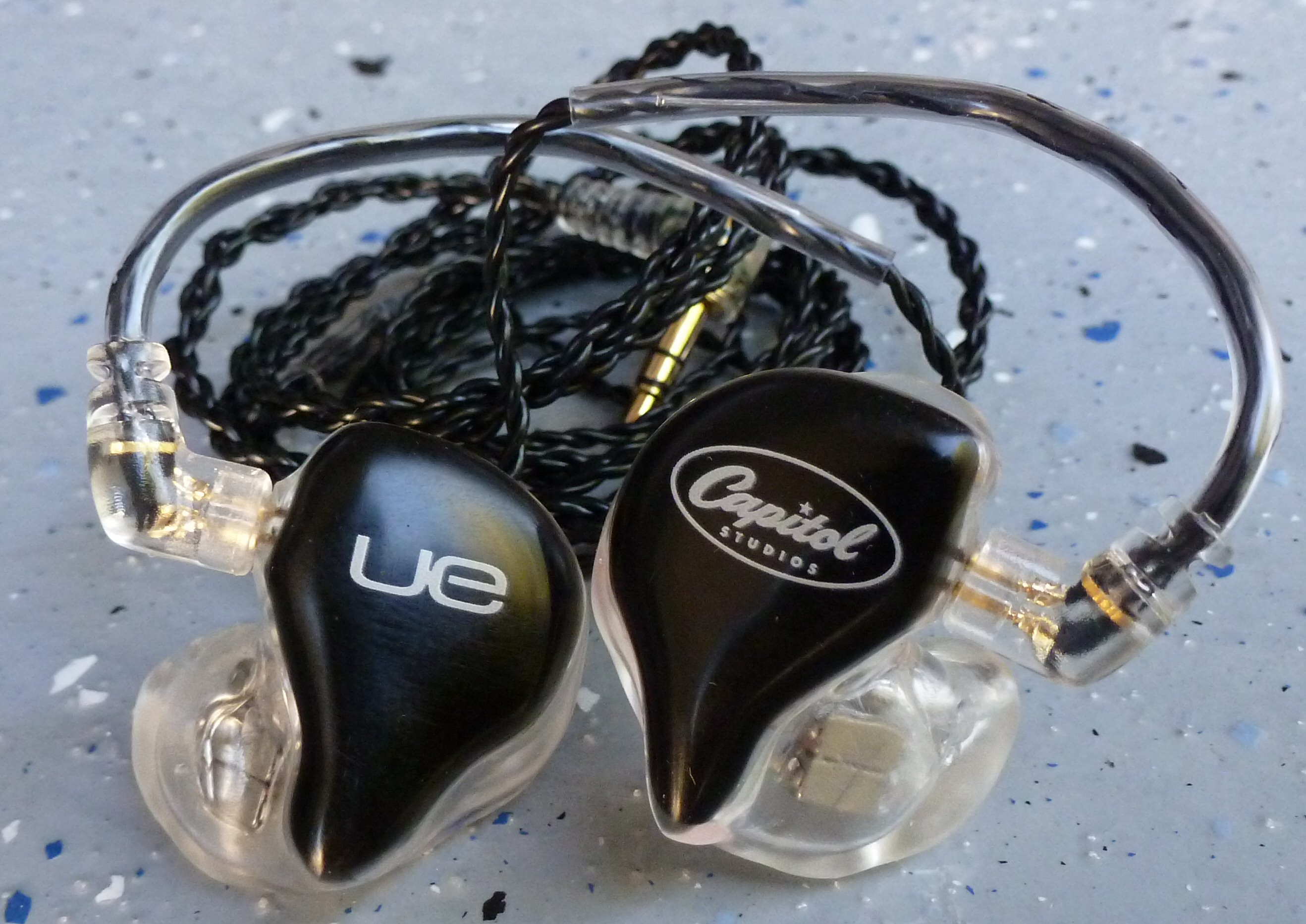 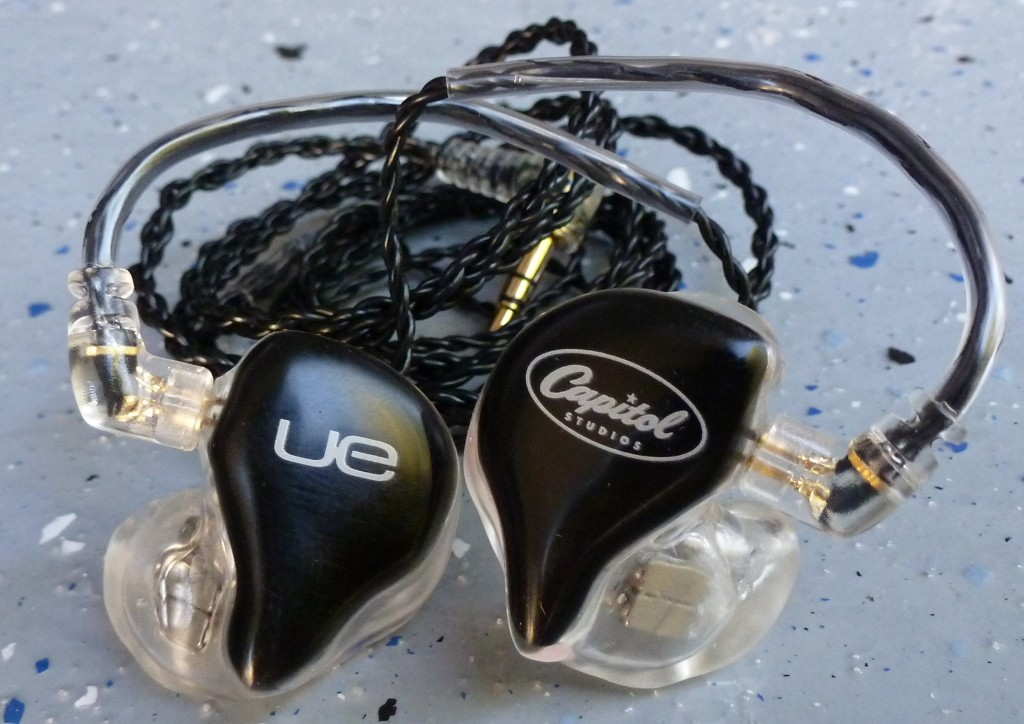 I have read a lot about the Logitech Ultimate Ears In-Ear Reference Monitors (abbreviated IERM) since they were released with great intrigue, wanting to hear UEs interpretation of reference sound.  I wondered if the neutral presentation would be something I would like, or something I would find boring?  I conversed with several owners about the IERM and was asked many questions about the IERM from audiophiles to band members to studio engineers even though I had not heard it so I decided I needed to hear it as I thought it may be what many people were looking for from a custom IEM sound signature.

I contacted UE, explained what I do, and they agreed I should review the IERM.  They were very nice and helpful and scheduled my audiologist appointment and took care of the rest.  Less than 2 weeks later I unexpectedly received the IERM as they told me it would take 4 weeks!   The product presentation is the best I have seen in the custom IEM world with a nice box with a magnetic flip top, a removable cover with the manual and other information on several cards, and then the metal roadie case with a sliding locking mechanism and the IERM nicely placed in the custom fitted case.

NOTE: While I used to refer to the Ultimate Ears In-Ear Reference Monitor as the UERM, I have changed that to the IERM to avoid confusion with the later released UE Personal Reference Monitor, which is shortened to the PRM.  It may be referred to as UERM elsewhere (including elsewhere on this site).

HOW TO ORDER, WARRANTY, & OPTIONS

To order, go to the Logitech Ultimate Ears website and click the buy now button, select your options, and then keep going through the order process as you would with any online purchase.  The cost is  $999.

The warranty is a 1-year limited hardware warranty.

The IERM is a 3 driver 3-way design in an acrylic shell with dual sound tubes per shell. One of the sound tubes is for the single bass driver while the other sound tube is for the tandem mid/treble driver and much larger in diameter than the bass driver tube.  The drivers have been custom made for UE.  The socket is different from every other custom IEM I have seen as it is neither flush nor recessed, but protruding.  This design is a great design as the cable fits extremely securely and protects against moisture better than flush/recessed sockets.  There are no artwork options (that I know of), so all IERMs will look the same unless reshelled.

The accessory kit is standard, coming with a case, cleaning tool, and 1/4” to 1/8” adapter for use with pro equipment, or many desktop amps.  The case is top notch from a look, feel, and function perspective although I still prefer the Spiral Ears case for on the go non-professional use.  If you are a professional, the UE case is exceptional!  However I have noticed the case does mar and scratch fairly easily so it will start to look worn with use.

The IERM has a well made acrylic shell and the cable connector and cable appear more durable than is typical for a custom IEM connector and cable, therefore I would imagine even with more abuse than usual the IERM will last a long time.  The included case is easy to use and will provide exceptional damage resistance.

While I can’t explain the reason, the IERM provides slightly more sound isolation than the typical acrylic shelled custom IEM.  It could be the fit, but it doesn’t feel different than my other custom IEMs.

The IERM received 100+ hours of burn in as is customary before I do my serious listening.  You can read about my technique here.  I compared the IERM against the JH Audio JH16, M-Fidelity SA-43, Rooth LS8, EarSonics EM3 Pro, EarPower EP-10 Plus, and more expensive Spiral Ear SE 5-way Reference.  Links to reviews of the other products are in the comparison section.

Listening to the IERM pre-burn was not always pleasant as the treble could be fairly harsh with poor source tracks.  Over time the harshness did settle down to a degree, but then these are reference monitors and they do present poorly mastered tracks poorly.  If the LS8 is a TWFK universal on steroids, the IERM is what happens when the TWFK grows up and matures as it is presents a much closer sound signature from the mids on down with an improvement across the board.

Bass: The bass is flat but very capable, appearing when it should and disappearing when the track calls for it.  The bass can reverberate and deliver power, much more so than most universal balanced armature IEMs, although the SM3 can give the IERM a run for it’s money in the bass region quantitatively (it doesn’t have the quality).  I have no issues with the bass of the IERM, especially where it sits within the presentation.  Reverb is good, texturing is great, depth of note is there, but if you are a fan of enhanced, punchy, and reverberant bass there are better options out there.  The bass isn’t the deepest, with a roll off staring at about 37 Hz and rolling off quickly past 30 Hz.

While I consider the reverb good given the sound signature, it is not on par with any of the competition I have heard except the SA-43 with the enhanced bass switch off.  Sure the texturing and detail levels are very good with a natural sounding note thickness/decay, but the JH16, LS8, and SE 5-way are all more detailed in the bass region.  The bass is not the focus of the IERM and it is a good performer and fits in well with the overall presentation.

Midrange: The IERM truly shines in the midrange with great depth to the presentation, excellent detail levels, and a presentation that, while analytical, gives you the sense you are there, at least looking in through a window to the real thing.  The midrange is fairly flat, however there does seem to be a shift to the bright side along with a bit of a mid-forward presentation.  I can definitely see that this is a reference monitor when listening to vocals and acoustic tracks as the details are presented in an accurate way and if there are issues, you will hear them.

Treble: Out of the box the treble could be very unforgiving, but after time the treble became more forgiving of poorly mastered tracks, but still does show off the quality of the track.  I heard test tones up to 16.5K, which is pretty good, but for being as bright as it is the air isn’t what I thought it would be.  While the bass is good and the mids great, the treble was somewhat a touchy spot for me at times.  What I mean is the treble can be very unforgiving and analytical, sounding sharp/harsh to my ears and taking away from the rest of the great presentation.  This was fairly consistent across multiple sources and occurred in more songs than I thought it should occur with as my other custom IEMs didn’t reproduce harshness/sharpness in the vast majority of tracks the IERM did.

This is not saying the treble is bad, and I am not saying that it won’t be enjoyable, but be prepared for some treble that can get edgy depending on the track.  When I am not having this issue the treble is detailed and revealing with a forward presentation that is pleasant but analytical.

I used the IERM while I was working in my garage during some hot and humid August days.  I got sweaty and later, when I did some listening I was disappointed in the treble, which now sounded somewhat metallic.  I decided to use the Serene hearing aid dryer which remedies the issue, so the IERM didn’t stand up to the hot and humid environment.

Presentation: The sound signature presents music with an analytical sound that has very good clarity across the spectrum.  Details are very easy to pick out in the music, especially with the spacious soundstage and proper sounding placement.  Resolution of details does lag slightly behind the 5-way, JH16, and LS8, which is in part due to the dynamic range, which while good in general and isn’t a weakness gives ground to the others tested.  Instrument separation is very good as is the ability to resolve nuances in the music, although due to the analytical nature the IERM doesn’t recreate the ambiance to the level of the custom IEMs with thicker presentations such as the 5-way, SA-43, LS8, or EM3 Pro.  Transparency and imaging are also very good and while not the best among the competition, the IERM does rate very high.

From a frequency response perspective, the presentation is fairly balanced but on the brighter side in comparison with most of the other custom IEMs I have.  The midrange and treble are slightly forward, but overall the presentation is still fairly neutral.  Spatially the presentation of IERM is has great proportions as it recreates a realistic 3D space to go with a width that is just behind the 5-way and slightly above the LS8.  The proportions are closest to the 5-way, SA-43, and LS8, however the note thickness results in the ambiance not being recreated (as mentioned above) in the same way resulting in more focus on individual instruments vs. the entire presentation.

Volume performance: Low volume performance is very good as the sound signature changes minimally from very quiet levels on up to loud as bass power is fairly consistent throughout the volume range.  The IERM is on the higher side of the sensitivity scale so there may be some volume imbalances issues with analog volume pots at low volumes.

Sound Summary: Overall the IERM has what I would consider a reference sound that is on the analytical side with a well integrated sound from top to bottom with an increasing focus on the spectrum as the frequency response is increased.  There is a nice level of clarity to go with a spacious sound that has proper proportion resulting in exceptional spatial queues and well placed instruments that offer a good level of detail.  Bass has decent impact and reverb, the midrange is clear and accurate.  While the treble offers decent extension, it isn’t as smooth as the competition nor is it very forgiving which can result in a presentation that is fatiguing.  Overall there is a lot to like with the IERM, especially if you want an accurate reference monitor.