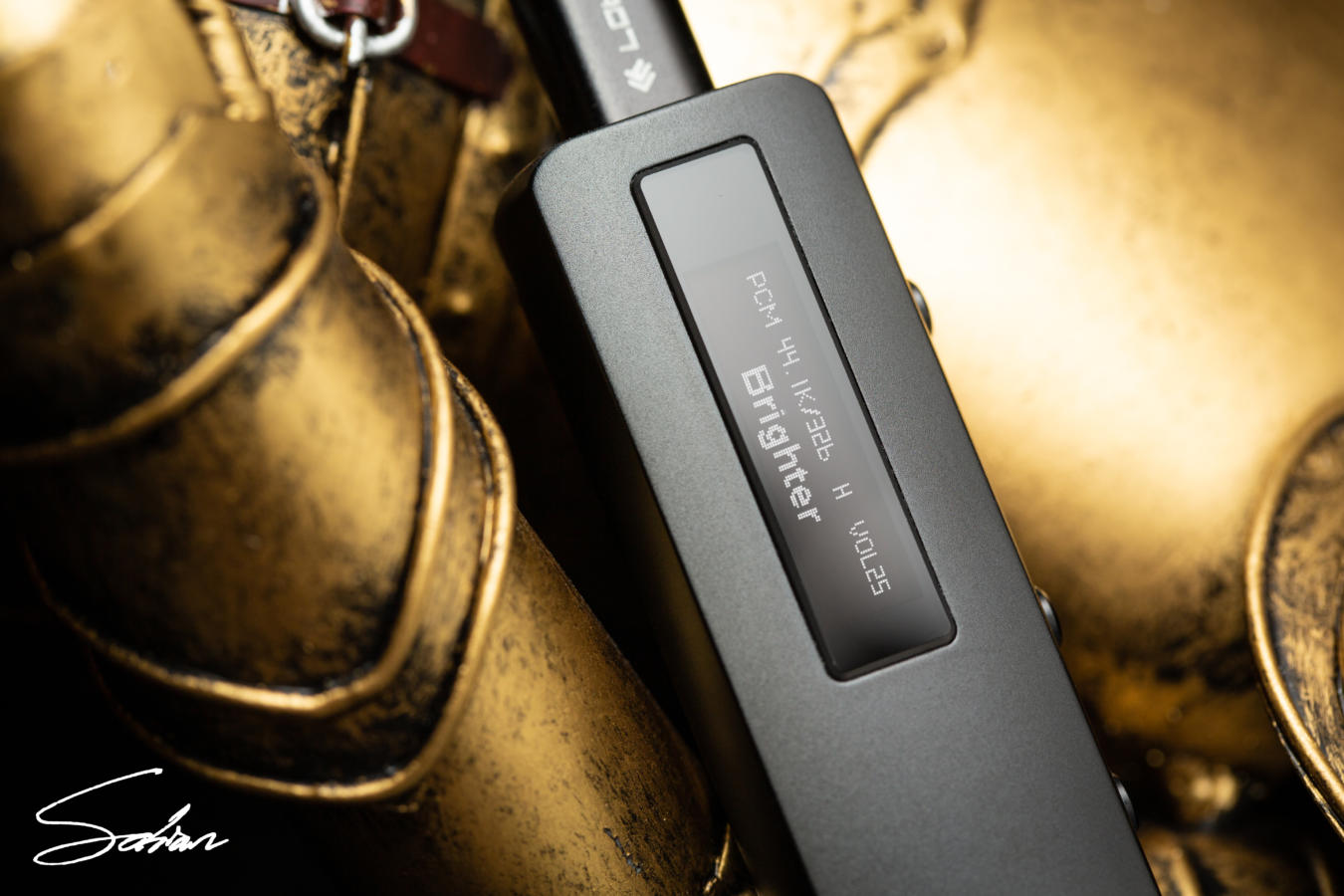 DISCLAIMER: Lotoo provided me with the PAW S1 in return for my honest opinion. I am not personally affiliated with the company in any way, nor do I receive any monetary rewards for a positive evaluation. I’d like to thank Lotoo for their kindness and support. The review is as follows.

The past couple cycles have seen Lotoo go from strength from strength. The release of their PAW Gold Touch player saw them gain acclaim at the top flight. Then, the subsequent release of their more affordable PAW 6000 did the same in the mid-tier market. Much of that praise was attributed to their sleek, modernised aesthetic, impeccable build quality and all the proprietary software they packed in there too. Now, bringing all this and entry-level pricing into the mobile market is Lotoo’s PAW S1 USB DAC/amp. A balanced output, OLED display and Lotoo OS in hand, the PAW S1 is the dongle to beat.

This PAW S1 comes in a clean, compact package, adorned all around with sleek, matte-finished artwork. Also, on the top-left corner is a sticker from Pentaconn, which indicates that the 4.4mm socket Lotoo have sourced for this DAC/amp is of utmost quality. Inside is the S1 itself sat within a foam cutout. And, underneath that is a quick-start guide and a warranty card, along with the S1’s accessories also sat in foam. This consists of a short Type-C-to-Type-C cable to connect the S1 to Type-C devices. And, there’s a USB 3.0 adapter for, say, laptops and desktops too; all in Lotoo’s sleek, anodised aesthetic.

With this S1, Lotoo prove that – no matter the price tier – build quality is something they know how to deliver. Its chassis is excellently compact, yet impressive in robustness and heft. It’s by no means as luxurious-feeling as their bigger, pricier DAPs. But, given the price and size of the S1, you’d be hard-pressed to find a dongle that looks and feels as premium. It’s a near-unibody design with a screwed-on bottom panel. Despite how flush it sits against the rest of the chassis, I do wish Lotoo had put screws on all four corners, rather than just two. The end with screws feels solid and firm as I tap my finger on it, while the opposite feels ever-so-slightly loose. Again, it still sits flush against the rest of the device. But, it does take away a teeny bit from the S1’s near-flawless feel. That aside, however, Lotoo have, again, finished their product superbly; dressed in an even and seamless coat of anodised-black, then capped with sharply-defined engravings above and below.

We then get to the one of this device’s defining features: The 128×32 OLED display. The screen in its default state feature the current track’s sample rate, the S1’s gain mode (Low or High) and the current volume level on the upper third. Taking up the rest of this screen is the EFX profile you’ve selected, which essentially is Lotoo’s DSP or sound-shaping. Personally, I like how the S1’s UI looks. It’s clean, it isn’t too flashy and it tells you all you need to know. And, it’s lit up sufficiently with zero traces of backlight bleed too. Lastly, as a finishing touch, Lotoo have also incorporated some sliding animations that appear when you cycle through EFX profiles and gain modes, which gives the UI some life and adds that last bit of polish.

Bookending the S1’s body is the device’s I/O, which have similarly been installed seamlessly. The USB-C jack sits perfectly against its opening with zero crookedness or gaps, and the same goes for both the 3.5mm and 4.4mm sockets. There’s a touch more tightness to those audio outputs than ones I’d find on my laptop or DAP, but it shouldn’t be much of a worry. Lastly, the S1’s three buttons sit perfectly level and still, are engraved precisely and depress with a very firm, tactile click.

Clearly, given the S1’s compact, lightweight design, it’s an absolute breeze to carry around; whether in an in-ear pouch or your coat pocket, even. It isn’t as thin as some of Cozoy’s USB dongles, for example, but I reckon it’ll still make an easy fit in whatever space you’re carrying your other electronics in. That’s further aided by its detachable cable system. Speaking of, Lotoo’s included braided cables have good heft to them as well, so I won’t have to worry about those wires potentially snapping off if I hang this S1 off a table edge, or bending and kinking if I stuff the dongle in a trouser pocket. Overall, this is a DAC that’s as easy to carry as it is to keep, and built tough enough to withstand the hustle of daily, portable listening.

The PAW S1’s physical controls consist of three buttons, whose base functions are Function, Volume Up and Volume Down. Pressing the first brings up the EFX selection screen, where you can use the Volume buttons to cycle through this device’s 16 included EQ profiles. Pressing that Function button again will summon the gain selection screen, where you can either select High Gain or Low Gain. For example, for headphones and in-ears, respectively. Overall, it’s an easy, intuitive system that’s also quick, due to the dongle’s responsiveness. If I could make one suggestion, Lotoo could add a way to revert the EFX profile back to Stock in a single action. Perhaps, by pressing both Volume buttons at once. But, that is my only qualm.

This PAW S1 is capable of outputting both 4.4mm balanced and 3.5mm single-ended audio, though, obviously, not at the same time. Still, this addition of a TRRRS socket does put it a step above most USB dongles available today; a Pentaconn-issued one, no less. Volume on both outputs have a range of 100 steps, which should be beyond sufficient fine-tuning for most users. Then, for the input, you have the S1’s modular Type-C connector. By default, it connects to a Type-C-to-Type-C cable with, again, an optional USB 3.0 adapter. And, you could also purchase Lotoo’s Lightning cable attachment to use the S1 with Apple’s mobile devices. It features the same braiding and hardware as the default cable; a detail I love to see.

I’ve tested this PAW S1 with a couple other Type-C cables, and those results are a tad hit-or-miss. The ultra-long charging cable that I use with my MacBook does get this device to work, but it disconnects intermittently; presumably, because of a lack of power. The USB 3.0 to Type-C cable that comes with the PAW Gold Touch works perfectly fine. So, I’d personally recommend using the cables Lotoo provides for the best results. Though, in a pinch, most standard cables can work too.