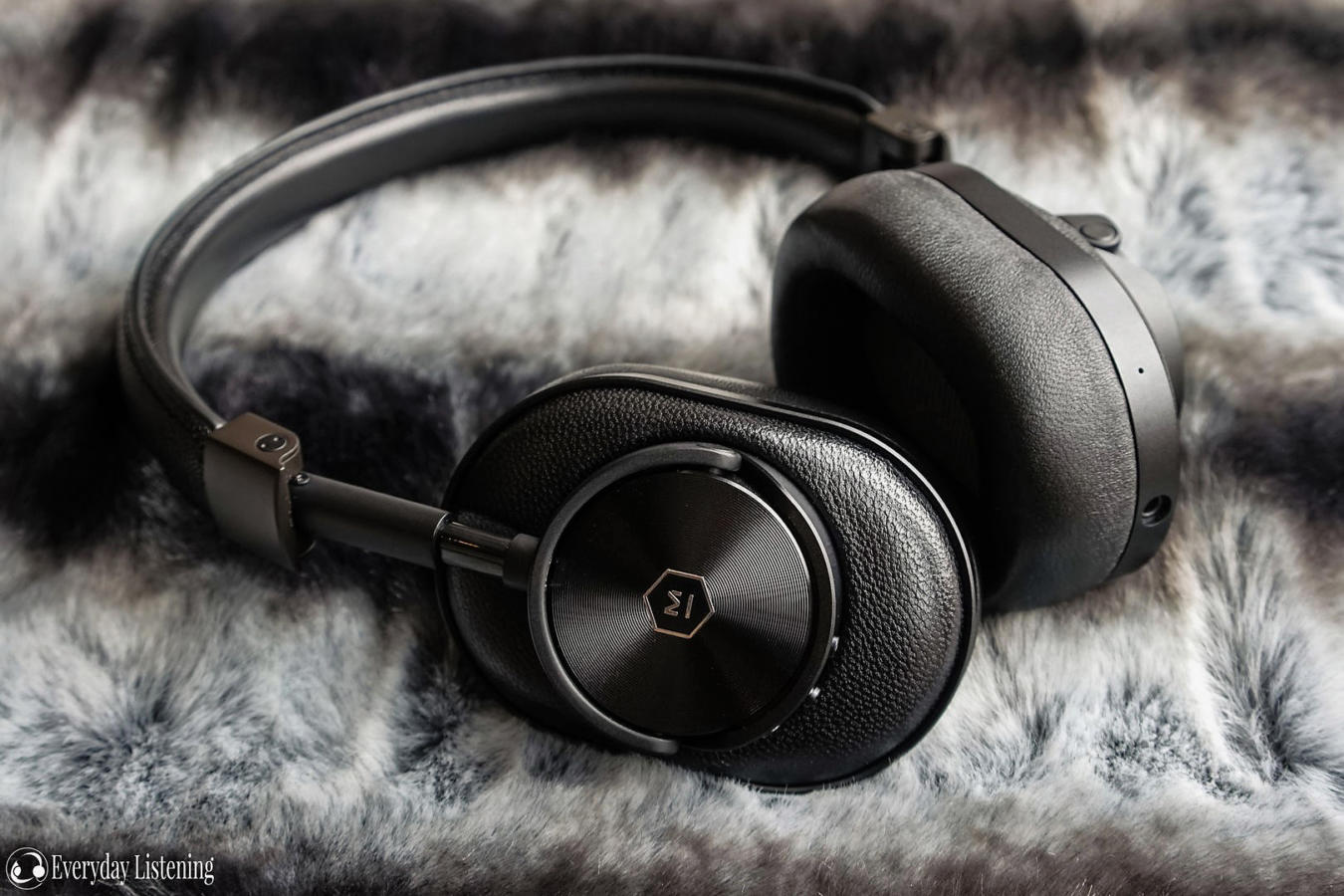 Master & Dynamic MH40 ($400): The MH40 is a mellower headphone with more laid-back vocals and a less energetic treble response. The MW60 is more evenly weighted between sub and mid-bass while the MH40 is a touch more mid-bass focussed with less sub-bass impact. Both headphones are full through their upper-bass/lower-midrange transition though the MH40 has a slightly more laid-back centre midrange. As a result, the MH40 has slightly more distant vocals than the MW60 though both are very natural in their presentation. The MH40 has a noticeably smoother lower-treble that makes its middle treble elevation more pronounced by comparison. As such, the MH40 is more relaxed, and it isn’t quite as clear through its midrange due to its comparatively subdued articulation.

Above, however, both have similar extension and middle-treble quantity is even between the two; the MW60 just has a little more lower-treble. This makes it slightly crisper, though as it’s less linear and some finer nuances are lost when compared to the MH40. Still, the MW60 is clearer and more vibrant, it demonstrates greater engagement without sacrificing much listenability or compromising timbre. The soundstage was a highlight on the semi-open MH40, a quality heightened by its laid-back midrange and high-end that emphasized its sense of scale. As the MW60 is closed, it doesn’t expand quite as naturally as the MW40, but it’s more articulate tuning results in a presentation that remains spacious and is a little more separated.

Meze 99 Neo ($250): The Meze 99 neo is tuned similarly but has a slightly darker midrange and brighter lower-treble. The result is a headphone with a greater V, though both can be characterised as natural and warm sounding headphones. The MW60 flaunts slightly greater sub-bass extension and impact than the 99 Neo. The Meze has a similarly emphasized mid-bass response, though it sounds more rounded on account of its less emphasized sub-bass. The 99 Neo also isn’t quite as controlled, sounding a little looser and less defined than the MW60. The Meze has a more laid-back midrange than the MW60, it’s not as clear and has a warmer tone. The 99 Neo has quite a thick midrange as a result, not congested, but more full-bodied than the MW60.

Though the MW60 isn’t as linear, its vocals have greater clarity on account of a slight upper-midrange lift. Both have relatively elevated lower-treble, the MW60 is crisper and a little more aggressive while the 99 Neo is more organic in its treble presentation. That said, the MW60 extends further and has a more neutral middle-treble where the Meze is slightly attenuated. As a result, it has noticeably greater air and more textured instrumentation, but as its lower-treble is a little peakier than the 99 Neo, its foreground is slightly less detailed. The Meze 99 Neo has a larger soundstage on account of its more laid-back midrange though it’s also less separated. Both have similar imaging properties, well-placed but not pinpoint accurate with the advantage going to the M&D headphone.

V-Moda Crossfade 2 Wireless ($330): V-Moda are renowned for their bassy headphones yet the Crossfade 2 doesn’t stand out as an explicitly bassy headphone when compared to the MW60. Chiefly, the Crossfade 2 has similarly strong sub-bass extension combined with greater emphasis. As a result, it’s more physical though it also isn’t as tight. Mid and upper-bass are attenuated by comparison, with the MW60 delivering a fuller but also more bloated sound. That said, as the MW60 has greater control, it is just as defined if not more so. The nature of their bass tuning influences the tone of their midrange, with the Crossfade 2 Wireless sounding cleaner and brighter and the MW60 sounding fuller and smoother.

The MW60 is undoubtedly the more natural sounding headphone. The Crossfade 2 has greater clarity and separation, but it’s also slightly thin with over-articulated vocals. This also stems from their treble tuning. Where the MW60 has a small lower-treble bump, the Crossfade 2 combines a modest lower-treble accent with a reasonably large middle-treble emphasis. The result is a much more open, airy sound, but also one with a bright background and some glare. The more linear MW60 retrieves greater detail as a result. Both have large soundstages for closed-back headphones, the Crossfade 2 Wireless is more separated while the MW60 has more accurate instrument placement.

Denon MM-400 ($400): The MM-400 is a very underrated portable headphone and one of my personal favourites. It’s the more balanced headphone with a little extra clarity up top. The MM-400 also has less bass quantity than the MW60; it lacks the same sub-bass reach and impact but is more linear, less bloated and a fair bit cleaner in its low-frequency presentation. Still, the MW60 has similar definition though its larger notes don’t make this as apparent. The MW60 has a thicker midrange, mainly on behalf of its greater upper-bass emphasis. The MM-400 sounds cleaner and more transparent though it’s still on the warmer side. The Denon is also more articulate with greater clarity and layering at the cost of a slight lack of density.

The MM-400 has a slightly more present upper-midrange that feeds into a more emphasized lower-treble, granting it a more aggressive detail presentation. However, as the Denon is more linear between its upper midrange/lower treble transitions than the MW60, it’s more detailed in addition to being more upfront in its presentation of those details. That said, despite being darker, the MW60 extends further than the MM-400, so though it has less clarity, the MW60 delivers greater resolution. The MW60 also produces a larger stage with greater width though the Denon has a touch more depth. The Denon’s greater balance makes it the clearly more separated headphone and instrument placement is more precise on top.

It would’ve been easy to take the MH40, add Bluetooth, bump up the price and call it a day. But what the MW60 represents instead, are many subtle upgrades over its wired sibling that culminate to produce a considerably more convenient and engaging experience. This includes retuned drivers, the thoughtful addition of folding hinges and a more isolating closed-back design that all better optimize the MW60 for portable use. Combined with its reliable wireless connectivity and strong battery life, the MW60 is a terrific premium headphone for jack-less smartphone users searching for a robust yet fashionable headphone.

As it retains the bullet-proof solidity of the MH40, the MW60 makes for a similarly great daily-driver though it also wears on the head during longer listening sessions as a result. That said, in a quiet environment, their sound doesn’t fatigue while providing crisp instrumentation, well-articulated vocals and a powerful yet nicely controlled low-end. Of course, they were never intended for extended home usage – and, at $550, home users will definitely want to investigate the wealth of sonically superior open-back competitors. However, for their intended uses, the MW60 excels; and few wireless headphones are so distinguished in every regard.