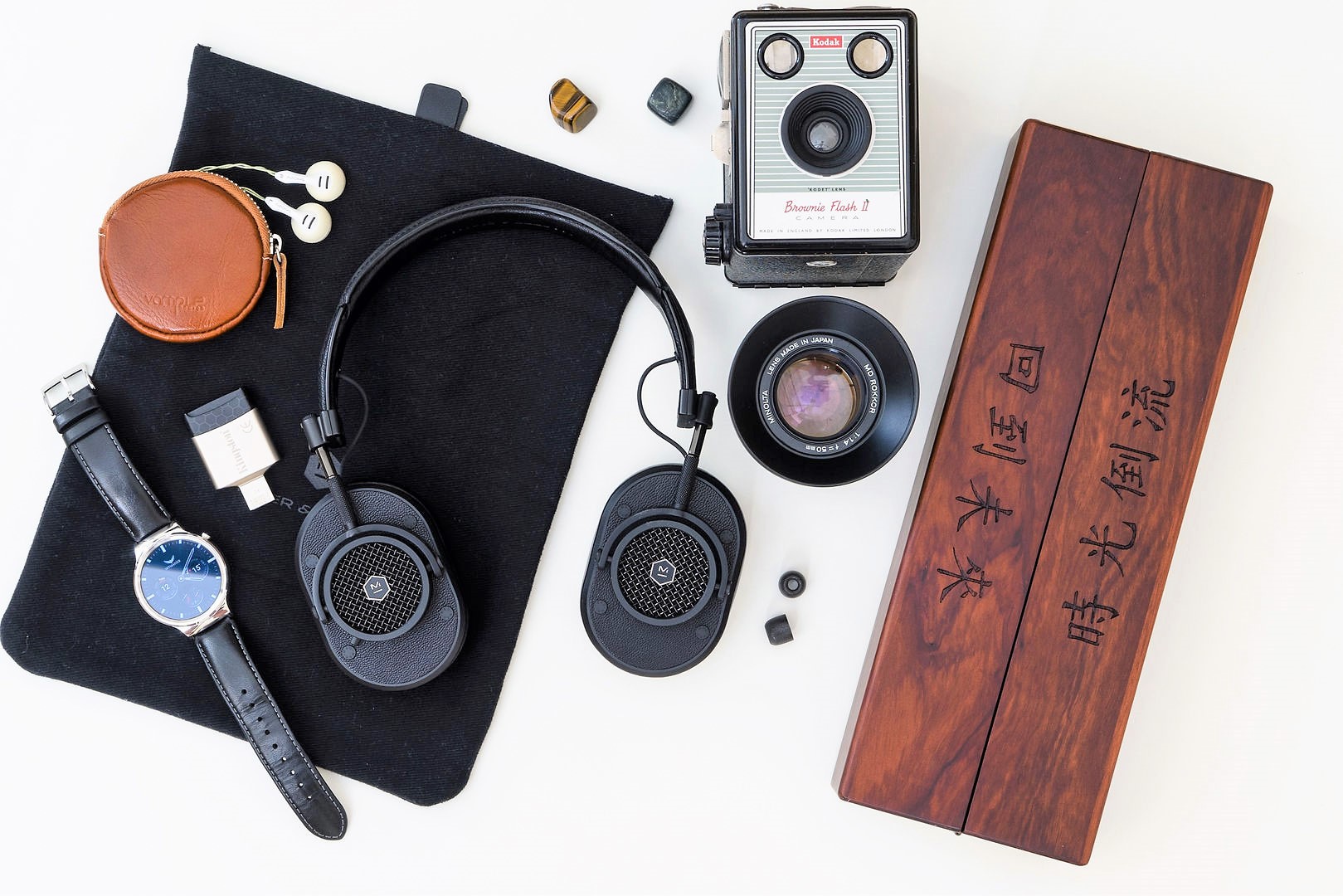 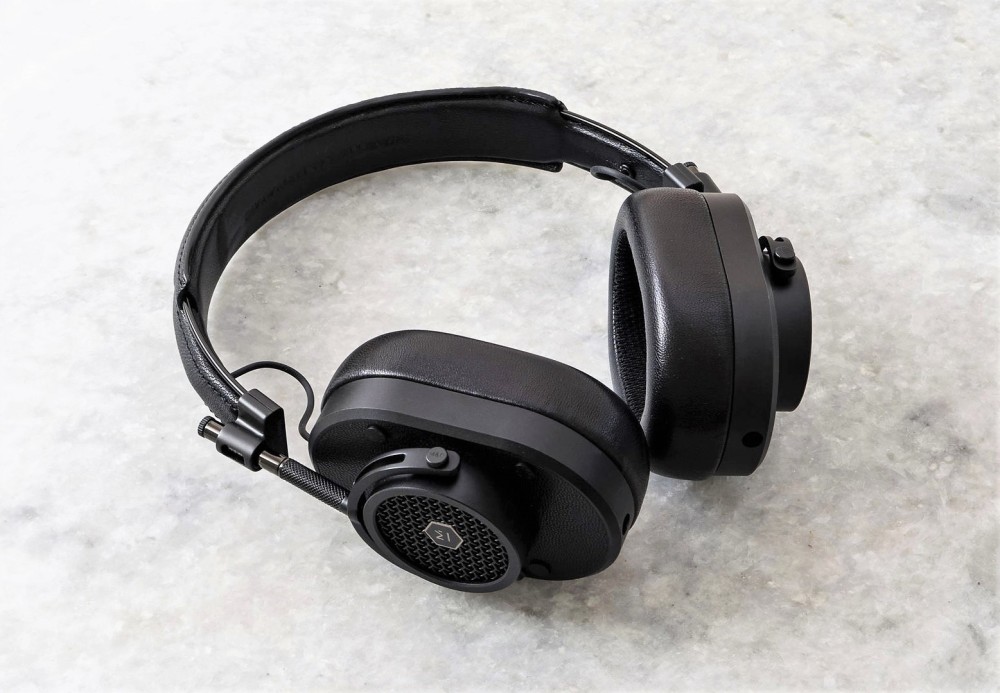 The MH40 has an L-shaped tonality focussing on sub and upper bass with a sprinkle of added upper midrange and treble energy. They are a clearly sculpted headphone but one with tasteful and purposeful deviations in line with competitors like the Bower and Wilkins P7 and Bang and Olufsen H6. Of course, the MH40 doesn’t sound similar to either of these headphones but it does demonstrate a similar mastery of signature alteration and Master and Dynamic ultimately deliver a sound that is simultaneously full, clear and spacious. The MH40 focusses on smoothness, excelling during long-term listening; bass is full but doesn’t pound the eardrums and neither their midrange nor treble ever sounds forward without sounding veiled. This is an atypical headphone presentation that almost emulates a speaker style sound though results inherently differ due to form factor.

The MH40 has a strong low-frequency response focussing on rumble, slam and an organic hump into the lower midrange. It’s a very unorthodox presentation, but one with plenty of appeal whether you’re looking for balance or engagement due to some interesting tonal weightings. Sub-bass extension is excellent with tight yet physical rumble that blitzes the looser P7 on tracks with double bass. Sub-bass is elevated above more linear sets like the Oppo PM3, granting enhanced slam, and deep-bass feeds quite evenly into the mid-bass frequencies. As a result, bass notes aren’t especially full or organic like portable Denon and Meze sets, but sub-bass sounds more defined and separated as a result. There also isn’t too much bloat spilling over the smaller details though a considerable upper bass emphasis makes bass sound somewhat tubby and the MH40 can drone on slower tracks.

That said, texturing is quite good, among the best I’ve heard from a portable headphone and definition is commendably high considering their tone, especially with regards to deep and sub-bass. Bass does lack separation between notes and the MH40 loses a fair amount of detail due to their uneven tuning, but they still sound noticeably more nuanced than the P7 and Sony MDR-1A, they just fail to match class leaders like the PM3. Resultantly, the MH40 sits within the middle upper pack in bass quality but with nicely tuned quantity and emphasis that will certainly find fans. Their notable lack of mid-bass warmth imbues a cleaner tone though they still sound coloured due to other emphasis. I’m not a huge advocate of their tubby upper-bass and lack of articulation and delicacy at times, but this is a highly dynamic and engaging headphone that doesn’t present as overly bloated or sloppy.

The MH40’s upper-bass hump imbues lower mids with a warm, full character. This precedes rising emphasis into the upper midrange and some little frequency response bumps throughout that grant the middle and upper midrange with increased clarity. Mids still sits behind the MH40’s larger bass response though enhanced upper midrange clarity creates what is subjectively one of the more balanced tones among portable headphones. Lower mids are notably recessed and deeper male vocals can sound somewhat veiled due to some over-warming and bass spill. That said, though male vocals tend to sound thick and a bit distant, rising emphasis into the middle and upper midrange does prevent muddiness. Though this, instruments such as piano, higher male vocals and female vocals all sound considerably less coloured. In fact, the MH40 has clearly enhanced clarity within their upper midrange with smooth, present and layered female vocals and guitars.

Despite their brighter tilt, they aren’t the most resolving headphone with a presentation that lies on the smoother, more laid-back side. This is mainly due to their more relaxed upper-midrange/treble transition that lacks any aggression and enhanced bass that makes vocals and instruments sound fuller than neutral. As a result, they aren’t the most realistic or transparent sounding headphone on the market, but they don’t sound as unnatural as the thinner, more clarity orientated sets either. By nature of their tuning and semi-open form factor, the MH40 also provides notably strong midrange separation and space which benefits background detailing. So ultimately, this is a perfectly enjoyable presentation with fine balance that works especially well during longer listening. Resolution isn’t the headphone’s strong suit though the MH40 does retrieve plenty of detail, it just doesn’t bring it to the fore.

Treble assumes a similar presentation to the midrange with some subtle deviations similarly enhancing energy in certain areas. While extension is good, overall, the MH40 definitely falls into the more laid-back category through a somewhat smoothed-off transition between upper mids and lower treble. As aforementioned, details aren’t brought to the fore and the headphones can lack some edge to treble notes; noticeable through slightly softer cymbal impact and guitar strums. That said, they have a little extra middle treble zing that grants some air and shimmer to their high-end thereby retaining enough energy for genres like rock. Moreover, their rich low-end and spacious stage is thoroughly engaging and treble has sufficient attack when needed. So though the headphones sound immediately smooth and laid-back, they are never dull or boring in any way.

The MH40 can thus be categorised as a well-detailed and naturally presenting headphone but not a resolving one. Again, this isn’t to be taken as a negative, the MH40 is tailored for louder listening volumes prone to causing fatigue, which it never does, though certain competitors such as the Oppo PM3 and Denon MM-400 do carry a similarly smooth high-end but carry greater nuance due to a more linear tone. And that said, the MH40’s middle treble lift grants them with more air and space than either of these headphones and complex tracks do sound more composed on the M&D headphone as a result. This is a clean, lush treble presentation if one that doesn’t excel with lower-treble energy or absolute upper-treble extension.

The MH40 creates a large stage through its slightly enhanced treble air and upper midrange clarity in culmination with its open design. It doesn’t quite extend and resolve like the P7 and H6, but its sound is similarly expansive in many circumstances due to a combination of these aforementioned factors. Imaging is good but not outstanding, its sculpted tone creating inconsistent instrument placement. Separation overall is commendable, their low-end is congested but their upper half is layered and spacious with clearly delineated notes. This is a very immersive presentation that eclipses the majority of portable headphones that tend to sound quite intimate even if it doesn’t touch the enthralling experience offered by full-sized open backs. Arguably, the MH40 finds a nice compromise between practicality and spaciousness while keeping things coherent and in focus.

The MH40 isn’t particularly difficult to drive on paper with a modest 32ohm impedance, but it is a headphone that benefits from some tonal synergy and clean amplification. And like the P7 and PM3, the MH40 scales notably well with higher quality sources, however, unlike those headphones, its mellower tuning can compromise enjoyment from inferior ones. Any decent smartphones like Apple’s iPhone or those from LG and HTC will serve the MH40 just fine, but more compressed or darker sources can make the headphone sound overly laid-back, even muddy. An affordable dedicated source like the Dragonfly Black can provide a noticeable step up and a nice transparent amplifier can similarly enhance the listening experience. 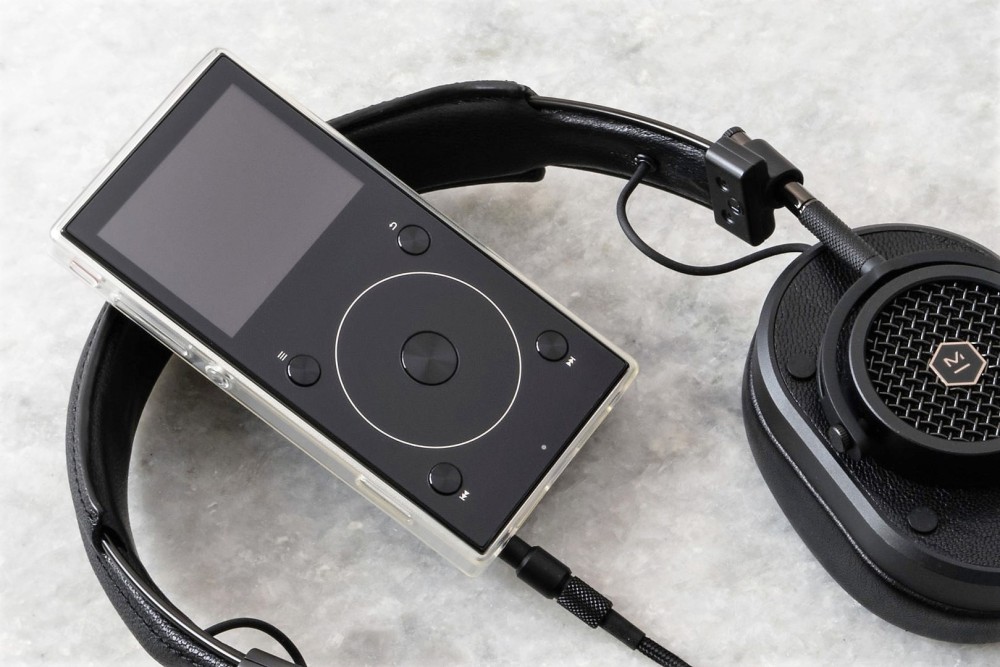 My most preferred pairing was the iFi Black Label, an incredibly powerful, dynamic source that really opened up the MH40; low-end definition greatly improved and mids and highs were granted with extra clarity and resolution. The Fiio X7 II and Oppo HA-2 both provided a similar experience while the darker X3 and fuller X5 III subjectively sounded too warm. So they are susceptible to sounding a little muddy and closed in on certain sources and while a DAC like the $850 Black Label isn’t necessary to extract the potential from those 45mm drivers, I would definitely recommend some form of amplification or a neutral to clear source for an optimal experience.