Home » Reviews » Earphones » MMR Gáe Bolg: Get It On – An In-Ear Monitor Review
a 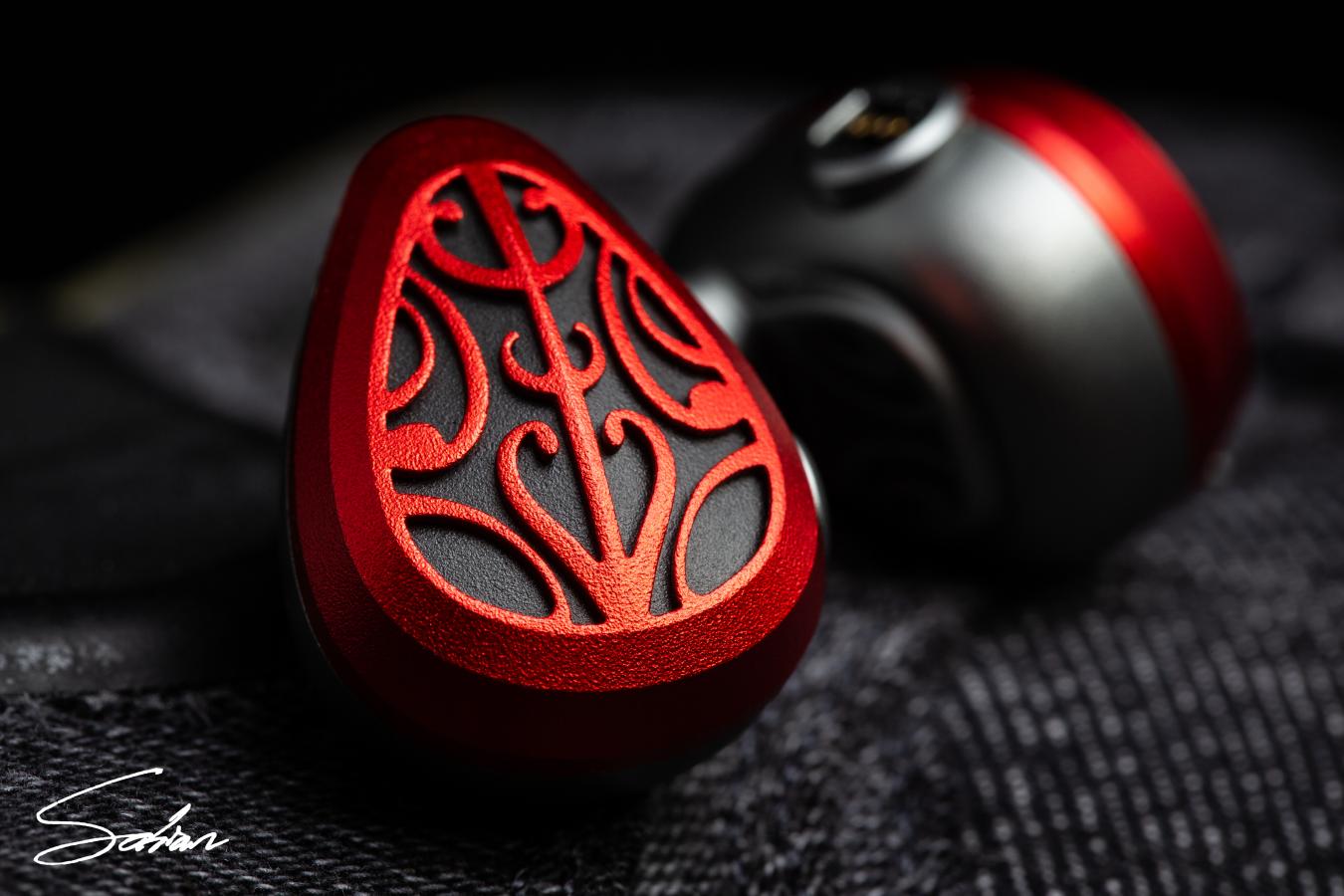 MMR Gáe Bolg: Get It On – An In-Ear Monitor Review

DISCLAIMER: Metal Magic Research provided me with the Gáe Bolg in return for my honest opinion. I am not personally affiliated with the company in any way, nor do I receive any monetary rewards for a positive evaluation. I’d like to thank Metal Magic Research for their kindness and support. The review is as follows.

Metal Magic Research has made waves throughout the in-ear industry as one of the youngest, most promising, high-end brands in recent memory. This Singaporean team have carved quite a niche with their exotic aesthetics, their whimsical, alchemical marketing and – surely – their acclaimed sonics as well. A major, major contributor to the latter is MMR’s lead designer, Joseph Mou of Jomo Audio fame. He’s taken his know-how and merged it with the company’s fittingly-forged in-ear monitors. And, now, with their latest release, they’ve paired this with a slightly more digestible price point too. MMR’s new-and-improved Gáe Bolg is a fresh contender in this $1000 bracket with its big, intimate and, yet, well-layered sound.

Unfortunately, MMR weren’t able to ship us the Gáe Bolg’s retail packaging in time for this review. But, based on the pics they’ve sent us, it looks nothing short of quality.  They’ve kept that old-time-y aesthetic throughout both the exterior and interior. While I wish they’d have included a bit more branding on the top cover, I do love the intrigue that the sole spear exudes. And, I adore that the illustrations inside make sense as well; almost reminiscent of the DITA Dream XLS’s interior in this way. Finally, the two-tone colour scheme fits these monitors too. Obviously, I cannot speak for the materials MMR have used for the packaging, or what the unboxing experience itself is like. Hopefully, we’ll be able to do so in the future.

As far as accessories go, it looks like they’ve included a zipper case to go with these IEMs. Again, I adore both its imagery and colour scheme, which pair with the monitors perfectly. It also looks roomy enough to fit either an extra set of cables, an addition pair of IEMs or a portable source there too. MMR have also included a well-carved, premium-looking owner’s card. Again, I’d need it in-hand to examine its quality and finish. Lastly, the in-ears themselves are well-nestled in the top-left corner. They’ll come packaged with a generic, OFC cable if you choose to purchase the Lite version. But, if you opt for the Complete version, it’ll include Eletech’s Prudence instead, which MMR say the Gáe Bolg was tuned with. That option is online-exclusive and costs an extra $200. With the Prudence’s $249 price, it’ll save you $50 versus purchasing separately.

MMR’s commitments to metallurgy and precision-engineering have given their monitors a premium look and feel on par with some of the best in the market today, and this Gáe Bolg is no exception. It’s a robust, substantial-feeling IEM that, at the same time, doesn’t feel heavy; luxuries of an all-aluminium chassis. The machining on both the shells and faceplates deserve huge plaudits for all the smooth curves MMR have seamlessly incorporated, as well as the absence of any sharp edges throughout. Similarly, the join between this Gáe Bolg’s two halves is spotless too. Then, there’s the anodised finish across both the red and silver areas, which further cements this monitor’s classy, cutting-edge, and yet refined aesthetic.

Speaking of aesthetics, despite the Gáe Bolg’s less out-there silhouette compared to MMR’s previous releases, they surely haven’t held back when it comes to design. Taking inspiration from the monitor’s namesake, the faceplate features these intricate patterns, which evoke ancient weaponry or stone carvings. At the same time, they’re splendid displays of MMR’s precision-engineering, once again. I love that there’s almost an outer and inner layer to the plate, which gives off a three-dimensional effect. It’s certainly not the best for keeping dust away, but it’s nothing a little wipe and a blow can’t fix. That pattern finds its way on the back of the monitor too for a good bit of symmetry. Again, it’s a very stylised look that not all will particularly appreciate or gravitate towards. But, it’s very well-executed at the end of the day, and that’s what counts.

Further down the back of the shell, it’s clear MMR’s precision isn’t solely reserved for aesthetics, but function as well, i.e., the Gáe Bolg’s nozzle design. It sports that groove I’ve always asked for on universals, so ear tips won’t slip off with every wear. In addition, MMR have even added a couple small ringlets for better grip too. Then, a horn-like shape connects the nozzle to the chassis, which prevents tips from going too far up the barrel. This “locks” the ear tip in place and minimises variations in insertion depth, so you should get a more consistent, as-intended sound at all times. It may also reduce the potential for tone-shaping through tip placement. But, I reckon most users would rather take that extra security anyway.

Now, my only concern with this nozzle is protection against debris, considering the size of the bore and the lack of a wax guard. Speaking with Joseph Mou himself, he assured that the size of the bore will, in fact, prevent wax from clogging up the nozzle, and that any dirt that does make it in won’t make it past the in-ear’s 3D-printed acoustic chamber. Though, he also does recommend getting an in-ear vacuum (like FiR Audio’s Headphone VAC) for the best results when cleaning. For me, personally, I’d rather have had the Gáe Bolg come with a wax guard built-in, if only for peace-of-mind. But, for now, I will have to take its designer’s word for it, and only time will tell whether or not MMR’s choice there ends up panning out.

Finally, we have the 2-pin connectors. Personally, I love this design choice of giving them their own housings, rather than simply cutting out holes on the sides of the shells. They’ve been installed seamlessly flush with no traces of glue as well. Unfortunately, the joint between this housing and the chassis is where MMR haven’t been as surgical. Looking very, very closely with the cables off, I can spot the tiniest bits of metal that weren’t polished to perfection. To be honest, they’re so minuscule that calling them nitpicks would probably be an understatement. But, at the end of the day, if I am gonna laud their precision, the tiniest warts must be noted too. Nevertheless, those near-inconsequential flaws won’t hurt this in-ear one bit. It’ll just mean, despite being better-built than most in its price tier, it isn’t absolutely flawless (on my unit, at least).

As mentioned, the Gáe Bolg’s silhouette takes a slight departure from MMR’s typically-zanier designs. They’ve opted for a more traditional teardrop shape, and, although it’s been quite some time since I last tried their other universals, I can still safely say that this is their most ergonomic design to date. The long nozzle allows for a deep insert without having to jam the entire shell into my concha, which was a common complaint with the Homunculus. And, again, the lack of any pointy edges throughout the monitor aids comfort tremendously as well. My only complaint would be the same one I’ve lobbed towards DITA, 64 Audio and FiR Audio’s UIEMs, which is the shell’s flat rear. There isn’t a protrusion or lip to grip onto the cymba with, so the in-ear’s almost left dangling, simply holding on via the tip in your ear canal. Still, though, it’s more of a could’ve than it is a should’ve. This Gáe Bolg still grips just fine, and it ultimately remains a comfortable monitor without it.

In creating the Gáe Bolg and shaping the sound, MMR have employed electric and acoustic “tricks” to ensure the monitor delivers a coherent tuning and clean, organised imaging; tricks that may not seem too alien to those familiar with Joseph Mou’s previous efforts. First is a crossover system, which MMR call the 4-way EFD (Electro-Frequency Division). Paired with specially-tuned RLC filters, the system separates the monitor’s 5 drivers into their respective, intended frequency ranges.

But, with the inclusion of these components, MMR now must solve the issue of phase cancellation. So, sound from those drivers meet the ear canal at the same time and form a tidy image. To that end, MMR have implemented something akin (in practice) to the Cross-Sync Uniphase system Joseph developed for his Jomo IEMs. This time, he’s put a large majority of the Gáe Bolg’s R&D into developing an in-house acoustic chamber to achieve those results. The resulting GBAC (Gáe Bolg Acoustic Chamber) solves the earphone’s phase issue and tunes those balanced-armature drivers at the same time. MMR credit much of this IEM’s sound to it, and it’s a joy to see brands continue to create bespoke solutions for their products.