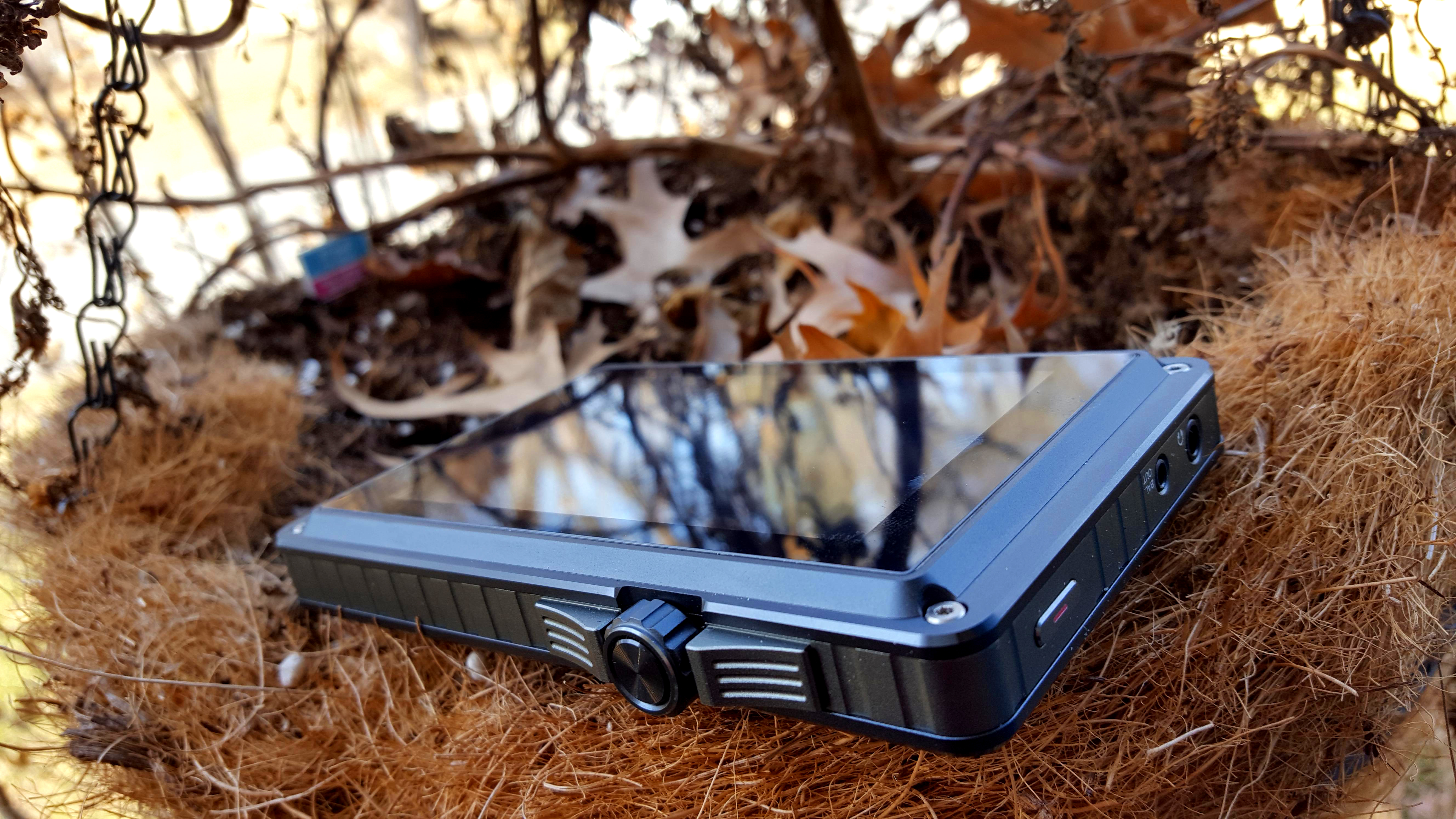 Muscle, Grace, and Purity – A Review of the Opus#2

Right. Yes. I say that about covers the boring shit. On to SOUND!

Sabre DACs are a perilous proposition to anyone who loathes an overly bright signature. If you are my kin, your heart belongs to a warmer profile. Sabre DACs can be thin, harsh, and unnaturally metallic-sounding. I am not a fan of the FiiO X7 for this reason, though it is not the worst offender. Yet when they are handled right, Sabre truly exemplifies neutral, transparent, high-resolution rendering while maintaining a full, dynamic sound that comes off wholly organic. My Audio-GD NFB-28 is one such marvel. I would never call that thin or brittle.

The Opus#2 is Sabre done right. 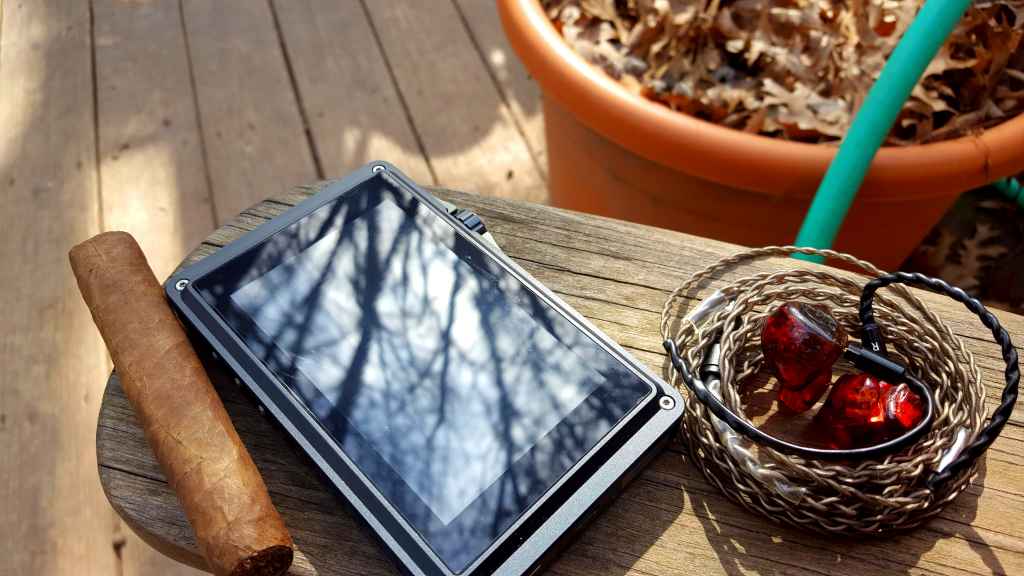 It’s actually ever-so-slightly on the warm side. Or maybe I’ve been tricked into thinking that because it is so smooth, and with such meaty bass slam. The Opus#2 presents a highly musical, weighty sound that pours out of your headphones like melted butter. It is resolving to the highest degree, detailed like a mofo, with a soundstage that matches or bests everything I’ve tested thus far. The Opus does all this while being the most natural and realistic DAP I’ve had the pleasure of hearing.

The Astell&Kern AK120II shall be my main comparison, since I have it on-hand, and specs and pricing put these in the same league. Not to mention, it’s the only comparison that matters to me, since the Opus is meant to be my upgrade. But worry not, I’ll throw in some quick thoughts on other good music players, for perspective. 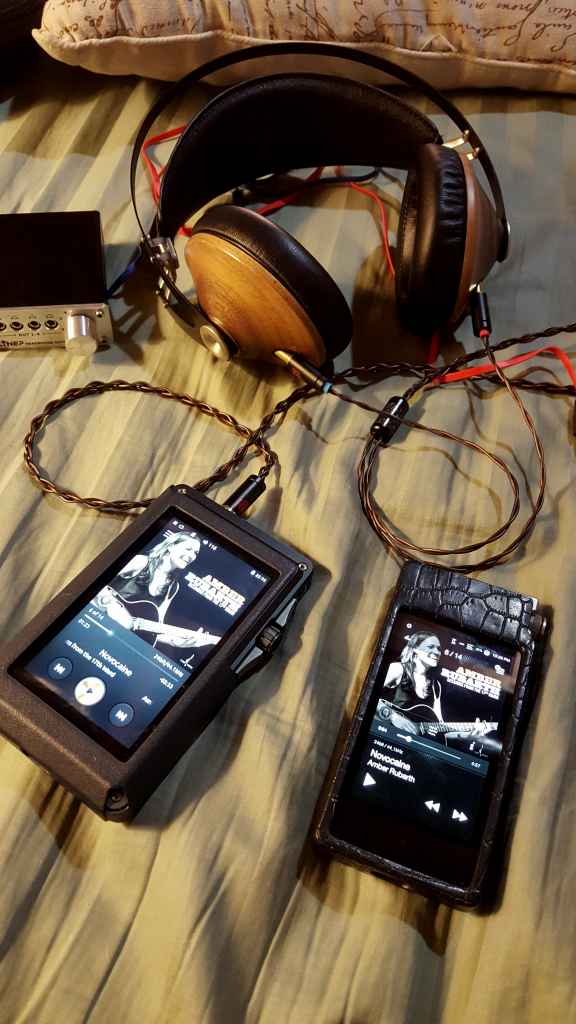 During my A/B comparisons, where I use a source switcher to give me split-second access to multiple DAPs, I found the Opus and AK to sound freakishly close to each other. The Opus#2 is clearer by a hair. There’s a touch more treble and dynamism. Vocals are forward on the AK, and more neutral on the Opus. The AK120II is warmer, which seems like a veil compared to the clarity of the Opus#2. But really, the difference is absurdly small. Same note weight. Same thick, full sound. Even soundstage was equal. I tried my amazing 24Bit Beatles re-masters, and even the brilliant binaural record, SESSIONS FROM THE 17TH WARD by Amber Rubarth. There was no track that delivered a winner between the AK120II and Opus#2. The staging was equally grand. Going from A to B, and back to A, all the instruments stayed put, no matter where they were on the plane. Only the vocals moved forward or back a step.

This was via the 3.5mm single-ended output. I don’t have an A/B switcher that runs balanced signal. Maybe I should build one. However, when I engaged in the more traditional fashion of testing—unplugging from one device and plugging into another— comparing the two’s balanced output, I felt the Opus was indeed a little wider. I also felt the Opus might have greater depth and separation. But since I couldn’t verify this with a switcher, I suggest you take that with a pinch of salt. 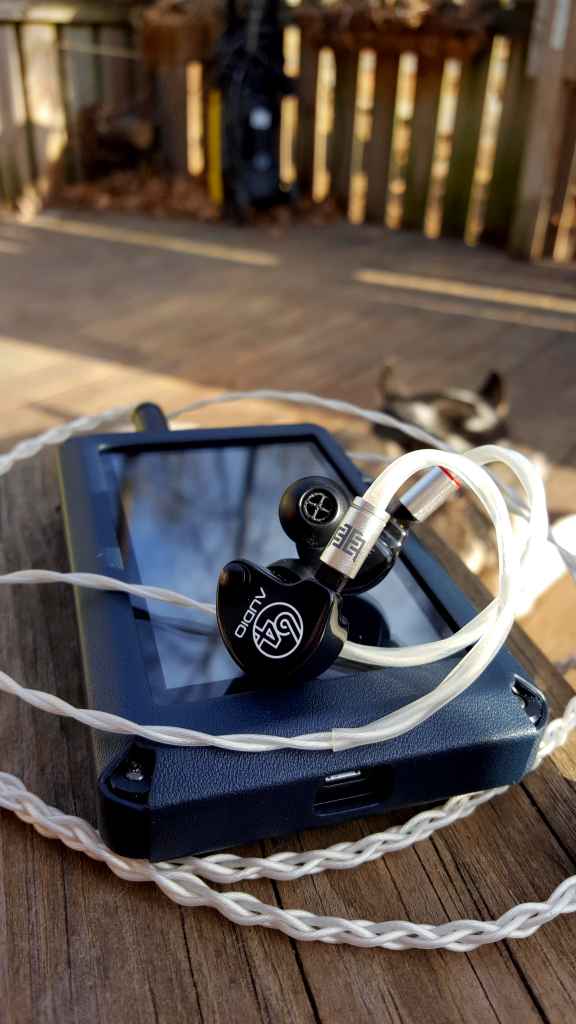 Just as I discovered with the Opus#1, that extra treble sparkle makes this a better pairing for very warm headphones, like my 64Audio ADEL U12. It sounds a bit airier and brighter than it does on the AK120II, without losing any of its richness and bass. Anyone who’s heard the U12 knows that can only be a good thing. This pairing is supernatural, sounding bigger and more spacious than any IEM has a right to sound. Both DAP and IEM are paradigms of the satiny, refined class of audio. Lana Del Ray’s Black Beauty from ULTRAVIOLENCE is a study in lushness. Together, the Opus>U12 make miracles happen. Especially with a little EQ, which has a much better effect on the Opus than it does on my AK. I’m deeply impressed by the results. A few Db in the Presence Region and the U12 becomes a whole new IEM.

The Rhapsodio Solar is hungry and angry next to the U12. It’s quick, sharp, and clear. The Opus gives it all the energy it could ever want, driving that thunderous bass and sparkly treble to their fullest. Solar has never sounded wider than it does on the Opus#2 in balanced. The notes are clean and thick, the details intricate. Imaging is holographic, immersing you entirely in a well-mastered extravaganza, like Radiohead’s new album, A MOON SHAPED POOL. With the Opus, Solar enunciates a perfectly accurate picture with layers of depth. 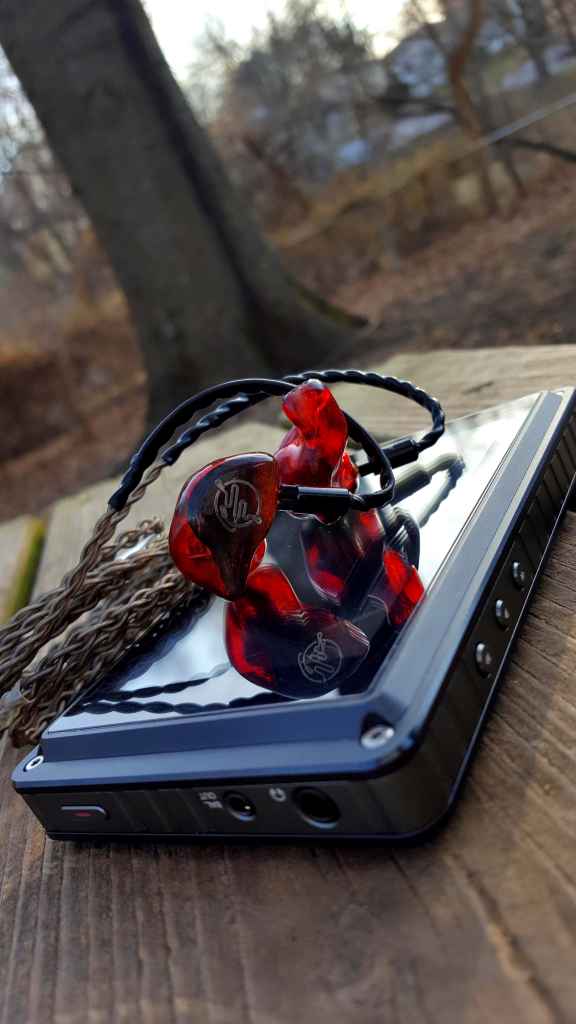 One of my favorite headphones right now is the Meze 99 Classics. It’s also the newest, so that may have something to do with it. Whatever the psychology, this thing cannot sound bad on anything. It’s so well tuned. The Opus, being the perfect lord of neutral, exemplifies all the 99C’s best attributes. Where Meze usually rumbles deep, now it does so with control and authority. Where the treble pranced and twinkled, now it unleashes secret stores of passion for the old dance. The vocals have never sounded more crystalline, while keeping their rapturous warmth. There is majesty in this pairing of which I cannot get enough. Listening to the rich acoustics of Nirvana Unplugged gives Pinky the chills. 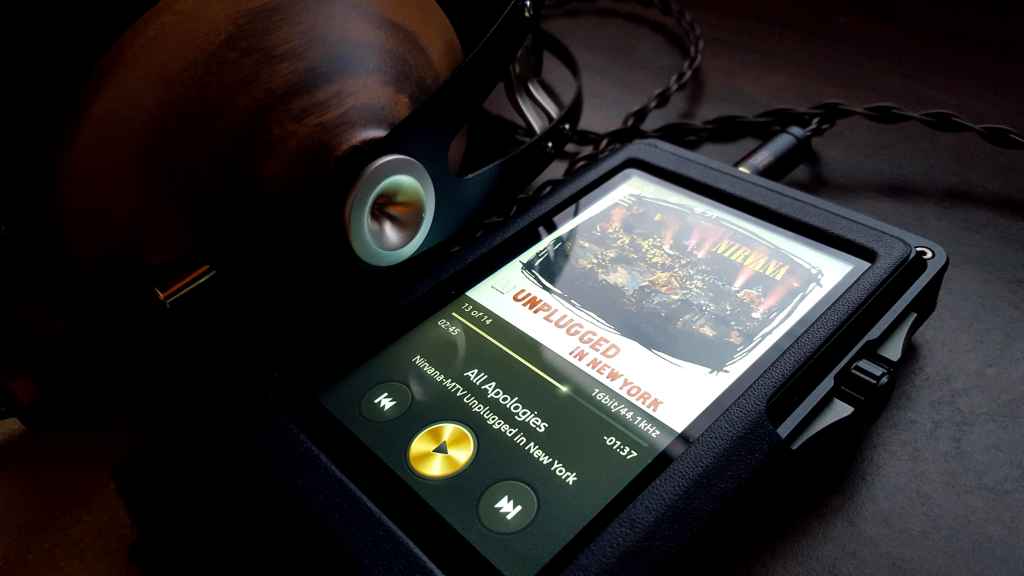 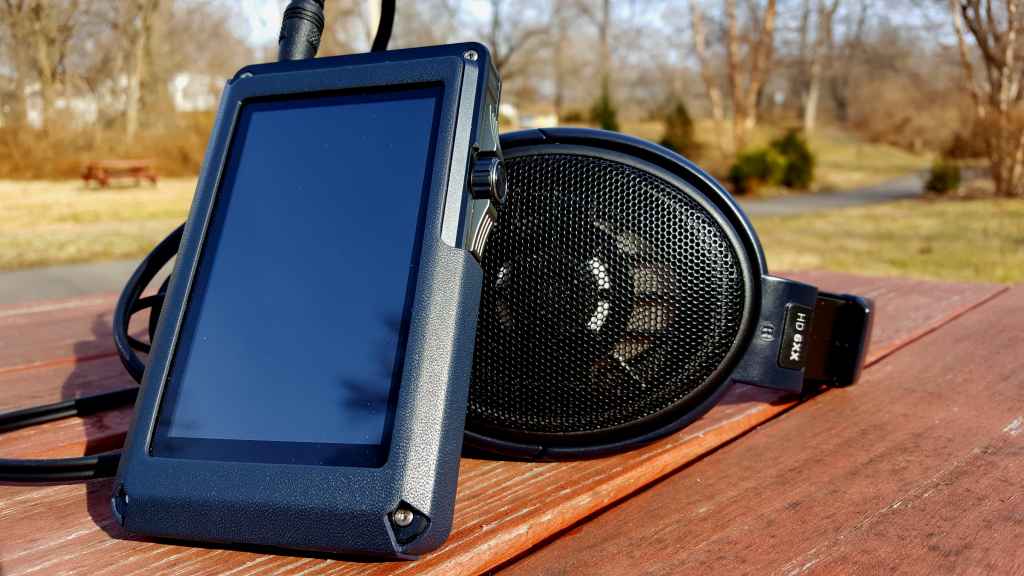 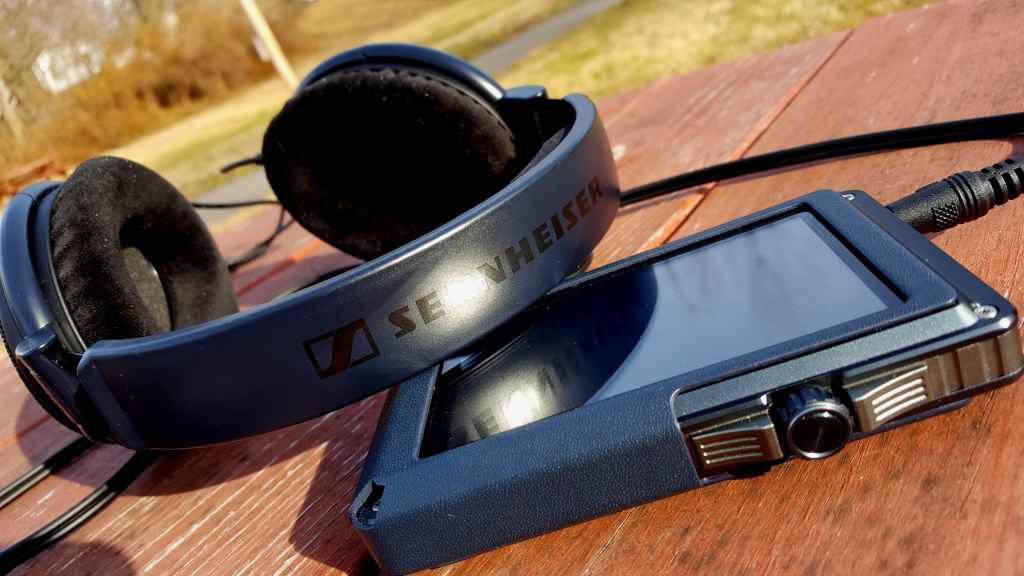 Sennheiser’s collaboration with Massdrop, the HD6XX, also known as the Massdrop limited edition Sennheiser HD650, gets loud enough on Medium Gain. That’s listening to a modern record. If you put on original masters of classic rock, you’ll need to turn on High Gain. These 300 Ohm headphones actually sound complete on the Opus. More or less. I mean, there is very little improvement from my desktop DAC/Amp, the Audio-GD NFB-28. From the Opus, the HD6XX is smooth and warm. It’s rich, with a delicate, resolving render. There’s a big, live feel to the music. The HD6XX puts out a full, wholesome sound from the Opus#2. And that’s in single-ended! I want to hear these things from the DAP’s balanced output. Alas! I have yet to build all the right cable and adapters for that endeavor. 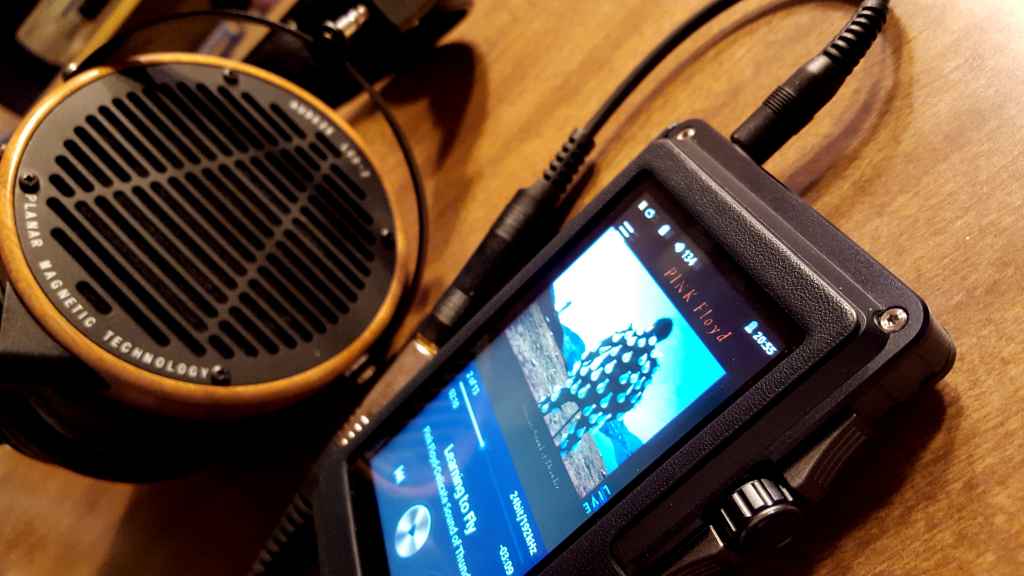 The Audeze LCD-2.2 Fazor is heavenly with the Opus#2. This is the first time I’ve even attempted to drive these from a mobile player. WOW! Liquid sonics flowing forth with life-changing bass, transparent vocals, and treble you can practically taste. The veil is parted, and you stand exposed before The Soul of Sound and Melody. I have no complaints about what I hear. Like the HD6XX, these sound complete, lacking in nothing. They do not have that underpowered sound full-size headphones get when there’s just not enough juice to fill them out properly. The AK120II does a far less impressive job. My LCD-2 gets loud enough on the AK, and sounds pretty good, but it lacks the weight and dynamics the Opus brings to the field.

Don’t get me wrong, there is a serious step up in quality from my desktop system: NFB-28>Balanced Output>Silver-Gold Alloy cable>LCD-2.2F. No question. However, from the Opus, using the stock, single-ended cable, the sound is still utterly enthralling. One does not feel the loss of the better system while swept up in this kind of audio.

If this isn’t the most inappropriate place in the review, let me throw together some other comparisons. They are from memory, but since I wrote reviews on all of them, and I still have the AK as a cornerstone by which to reference each, you don’t need to completely dismiss what follows.

Well there it is! Look at the mess I’ve made. Try and make sense of that, you grubby peasants!

The Opus#2 by theBit is wildly impressive in a lot of ways. I was a bit disappointed to see that it did not absolutely shatter my AK120II. This shouldn’t have surprised me, as I’ve said many times before how the AK delivers a faultless sound. It’s hard to blow away something without obvious failings. Nonetheless, the Opus#2 is an upgrade in a number of ways, without forcing me backwards on a single point. That’s what I wanted, and that’s what the Opus gives me. It’s a pocket-size DAP mighty enough to make any reasonably efficient full-size headphone sound complete. My TOTL IEMs have opened up to their fullest potential. This little device gives my desktop DAC a run for its money. Well… they do share a lot of the same components. But still, that’s no mean feat.

I’m sorry I can’t compare the Opus#2 against more players in this price range, or above. If I get the opportunity to test them out, I shall update the review. In the meanwhile, I’m going to enjoy listening to the best-sounding DAP I’ve heard to date. 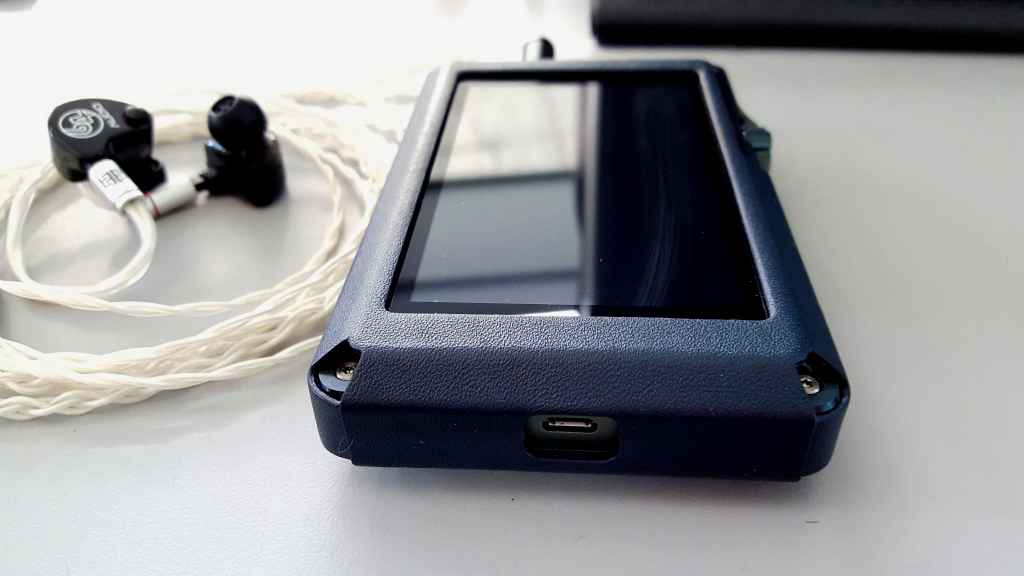 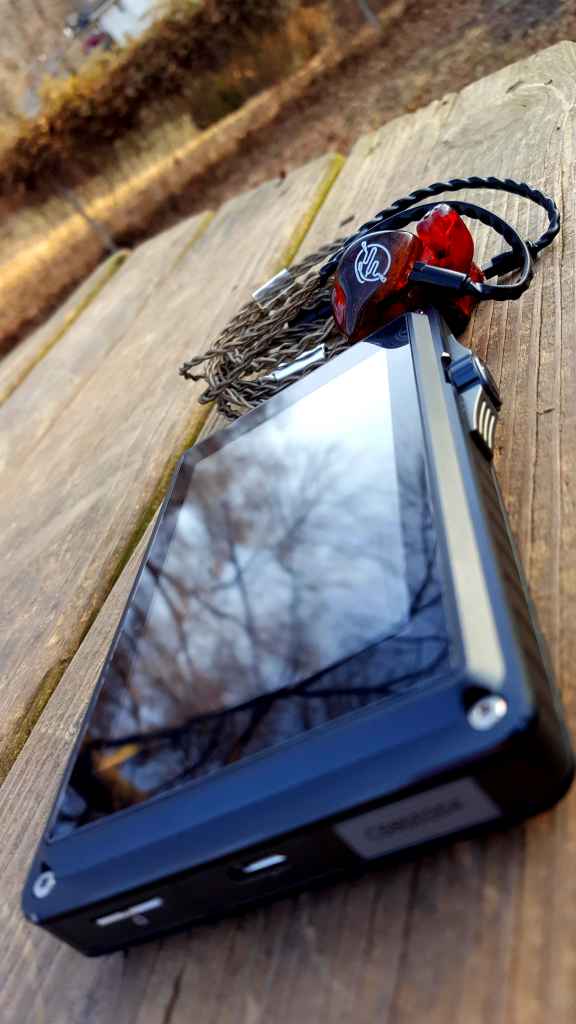