Trending
You are at:Home»Reviews»Earphones»Noble Audio Django IEM Review – Bold Inside & Out

Noble’s new earphones all share a stunning aesthetic that is a great departure from the plastic shells of their progenitors. All Noble earphones have an identically dimensioned aluminium faceplate colour coded to denote the model though only the flagship Katana and Kaiser Encore extend that meticulous metal build to the rest of the housing. The Django is Noble’s most premium within the classic line-up with the largest housing size and the highest number of drivers, 6 to be exact. While their purple complexion may not be so flattering in online renders, in person, the Django is a bold beast of an earphone teaming with character. 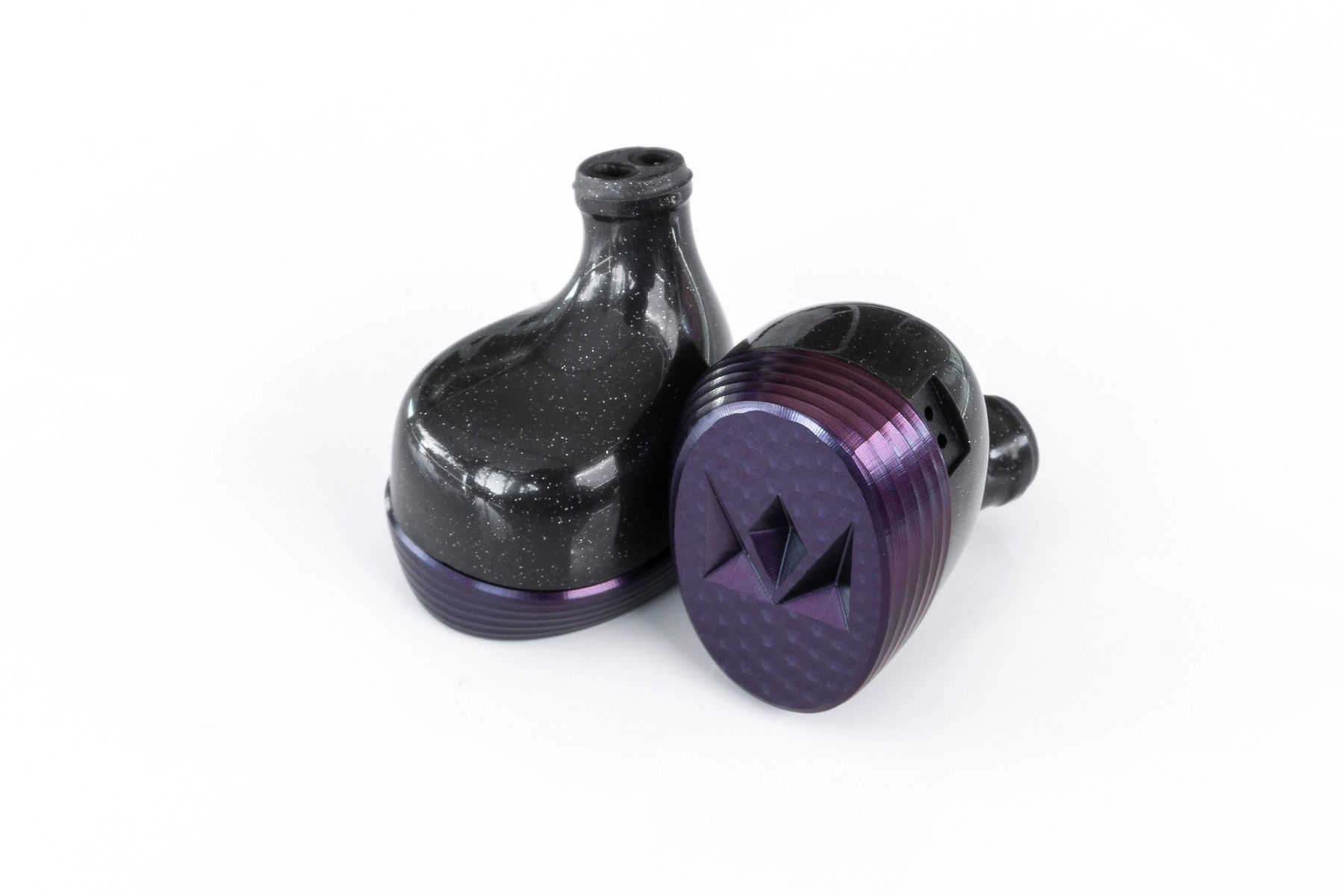 As aforementioned, build quality on Noble’s newest earphones is excellent, the metal faceplates are perfectly machined and the plastic remainders are super smooth and evenly mated. The Django plays with light like no other earphone I’ve tested, they are truly a sight to behold; their bold, deep machining and stunning rippled texturing creating a dynamic aesthetic that is thoroughly captivating. Furthermore, though the internal face is plastic, the earphones feel incredibly solid with no flex or sense of hollowness and their lustrous speckled finish is unique without drawing undue attention from onlookers.

But what may draw glances is the Django’s enormous dimensions, they are easily one of the largest earphones I’ve tested, larger than even the 10-driver Kaiser Encore. As such, the earphones mainly sit outside the ear with a medium depth fit. I personally struggled to find a proper fit in store, but after some quick tip swapping, the Django’s found a comfortable and relatively stable fit when equipped with JVC Spiral Dots that provided a much stronger seal than any of the included tips and didn’t muffle the sound like Comply’s. With the Spiral Dots installed, the Django is comfortable and stable enough for walking, even some light jogging, but they definitely won’t stay put during a run as they are simply too large and laterally displaced.

The earphone’s protruding nozzles place them at the right angle within the ear and the pre-moulded ear guides up top hold the earphone in place, preventing them from shaking loose when walking. Combined with their strong seal with Spiral Dots, isolation is easily sufficient for public transport and even plane trips, they isolate a little more than the 64Audio earphones but still less than the Campfire’s and Westone’s of the world.

The Django utilizes a recessed 0.78mm 2-pin removable cable, Noble’s cable is ergonomically excellent with a strong build that feels impervious to the rigours of daily life. The connectors are exceptionally tight, the cable doesn’t budge during use nor was there any intermittency. The Django’s pursue an over-ear fit with pre-moulded ear guides rather than memory wire. The ear guides are perfectly shaped for my ear, they were firm enough to hold the bulkier Django’s in place and avoided forming hotspots at the tops of my ears. The cable itself is braided with a similar pattern and gauge to that included with 64Audio earphones though Noble’s cable is softer yet.

The cable is super tangle resistant and has no memory, spring and minimal microphonics. The metal y-split is outfit with a simple plastic chin slider and the jack is straight but compact and case friendly.

Avid writer, passionate photographer and full-time student, Ryan's audio origins and enduring interests lie within all aspects of portable audio. An ongoing desire to bring quality audio to the regular reader underpins his reviewer ethos as he seeks to bring a new perspective on the cutting edge and budget dredge alike.