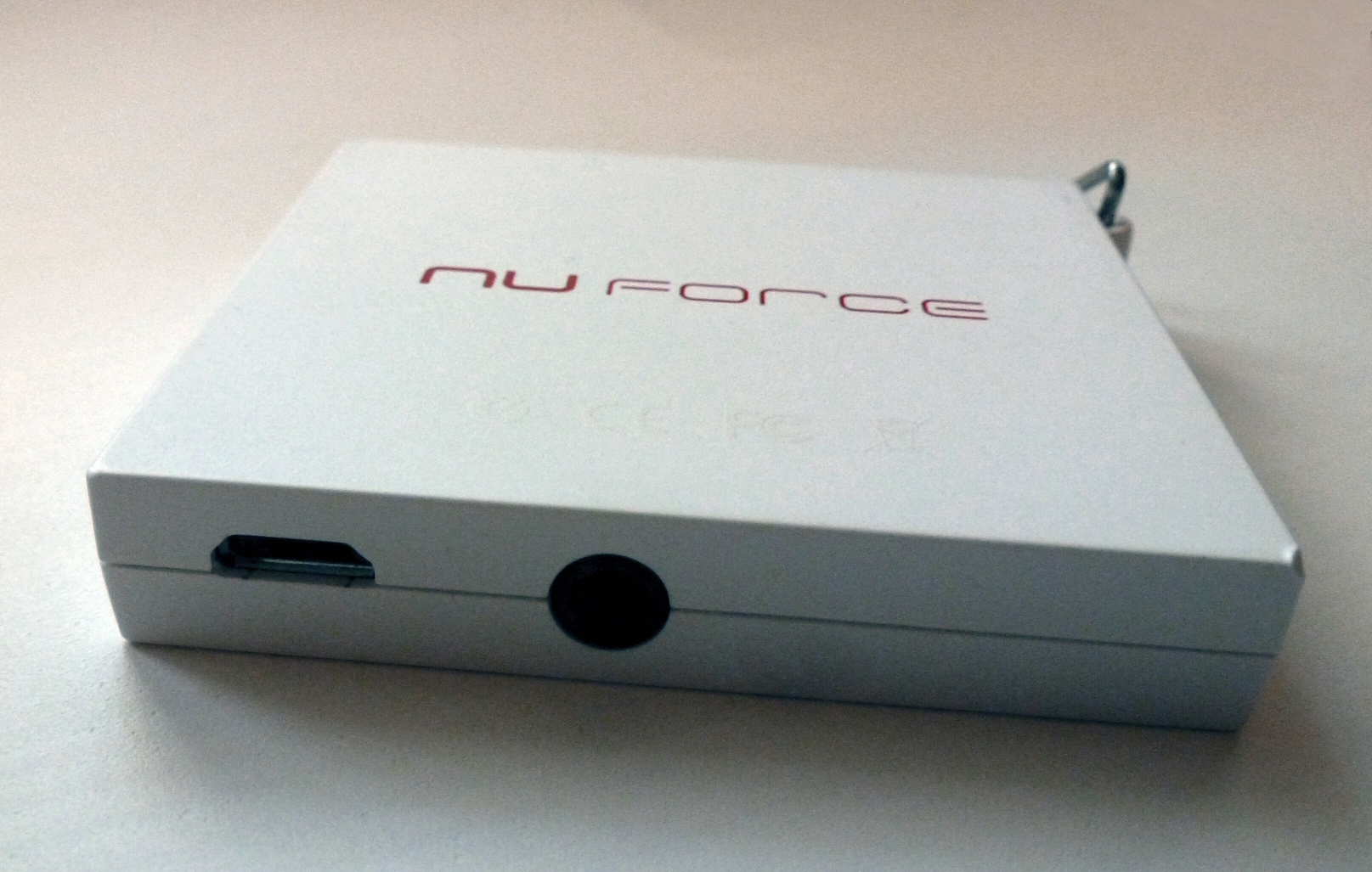 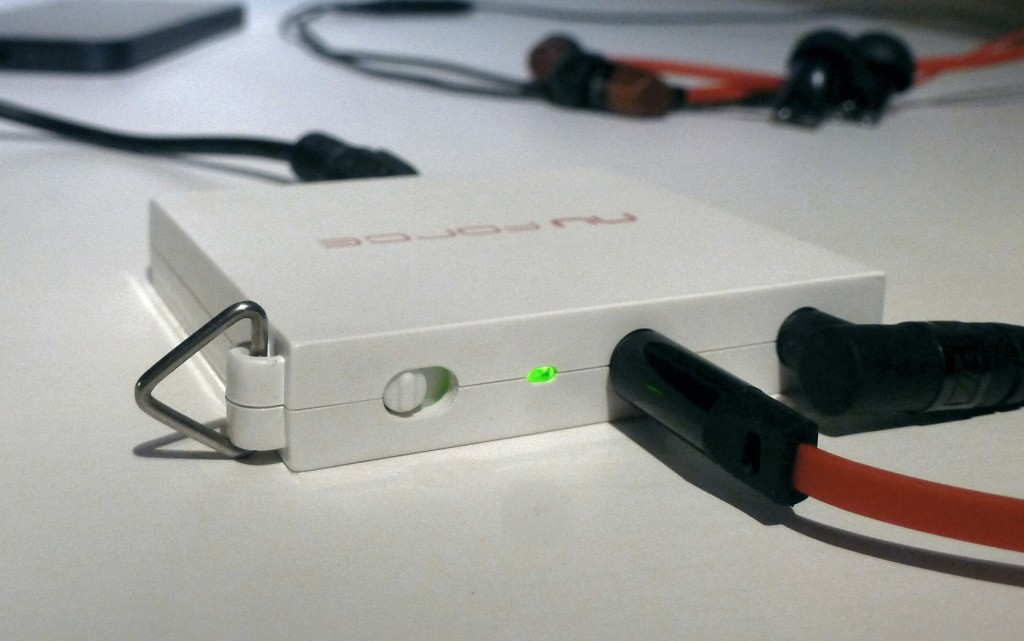 The NuForce Mobile Music Pump (MMP) is a small portable amp with a MSRP of $59 designed to amplify the headphone output of any device. There is an on/off switch, one 3.5mm input jack, two 3.5mm output jacks, outputs, and a gain switch. Specifications are as follows:

Looking at the specifications, the MMP doesn’t impress. THD+N at maximum output is very high at 10%, and the frequency response deviation is on the high side compared with the typical amps I am used to testing. The test results were from 32 and 100 ohm loads, but some of the combinations I tested were as low as 8 ohms which will most likely perform worse. The battery life is pretty accurate, as is charge time in my experience. The frequency response deviation seems more representative of the high gain setting than low gain. Overall, the specs aren’t bad when considering real world usage.

The MMP comes in a small box with callouts describing the features on the inside instead of a user manual. A 11.75” 3.5mm to 3.5mm audio cable and a USB micro charging cable are also included.

The MMP is made from plastic and has good fit and finish and seems quite durable. While the MMP feels light weight and cheap, the firm box resisted strong applied pressure as the case had little give. A drop from four feet onto a tile floor did no damage, except when dropped on a corner, which caused a small dent. If treated with some care, the MMP should last a long time.

I tested the MMP with a wide range of headphones including Apple Earpods, MEElectronics M6, Hisoundaudio WooDuo, Sennheiser IE800, V-Moda M-80, V-Moda LP2, and Sennheiser HD600 and sources including a non-branded USB stick player, the iPhone 5, HTC Desire HD, Sandisk Sansa Clip+, Realtek onboard computer sound card, Fiio X3, and iBasso DX50. Much of the gear used for testing would not normally be paired with a sub-$100 amp, and I found the results to be consistent regardless of the price point of the connected gear.

My first set of tests compared the headphone output (HPO) of the various sources to the NuForce Mobile Music Pump with the headphones listed above. The MMP increases the deep bass compared with both the iPhone 5 and Clip+, but reduces soundstage spacing. Paired with the Desire HD and Realtek sound card, the MMP amplified the hiss and noise so much so I found it unlistenable. The sound quality was about on par with the X3 except amplification of the X3’s slight hiss, but the DX50 HPO quality is higher than that of the MMP. The biggest improvement came when paired with the USB stick player, which lacks power from the single AA battery, but has low levels of hiss.

Testing the MMP with two headphones netted different results when compared with the sources powering two headphones via a splitter. The iPhone HPO decreased in both volume and quality, with max volume equating to about 60% volume with one headphone. The sound also lost refinement, becoming harsher, and losing spatial qualities. The MMP didn’t exhibit these issues and sounded just as good with one headphone as with two. Max volume from the iPhone HPO at max volume was equivalent to about 55% from the MMP. The differences were relatively significant to my ears with many combinations of headphones.

The MMP outperformed the Clip+, but the Clip+ performed better than the iPhone 5 with two headphones. Pairing the MMP with the noisy sources and two headphones still resulted in poor performance. Comparing with the X3 HPO was a mixed bag, as some headphones sounded better with the X3 spatially with no difference in the bass while others had superior bass depth from the MMP. The differences are small enough to recommend not using the MMP with the X3. The improvements in comparison with the USB stock MP3 player remained consistent.

The MMP didn’t do much when using one headphone at a time, and often the result wasn’t as good as from the HPO. But, when using two headphones, the MMP has a distinct advantage over the iPhone and a cheap player I had laying around. Watch out for sources with noise such as a computer or hiss, such as an older phone, and the MMP can improve the audio experience when you share your music.

The MMP is an extra piece of gear and doesn’t fit the size of a phone, or even any player I know of, making it cumbersome. There is a metal hook for attaching the MMP to a keychain, backpack, etc. and the included 11.75” audio cable indicates the MMP is not designed to be attached to a device. If you did want to attach the MMP, Velcro could be used, but the included cable would stick out quite a bit with unnecessary length.

Turning the unit on is simple, with a switch that works easily with a finger nail. There is a LED indicator light that isn’t too bright and is orange when the MMP is connected to a powered micro USB cable, and green when powered on. Changing the gain switch is more difficult, but I managed with a nail. There is no volume control, so volume must be controlled on your device. The MMP is at its best when you want to share your music with another headphone user, and works well if you want to leave your player out while sharing. Pairing it with tablets, DVD players and/or laptops should provide a benefit for both users. However, the sensitivity of the two headphones should be similar otherwise one headphone may be too loud or quite.

If you are considering buying the MMP, you can check the hiss/noise level of your source by doing the following:

How much, if any, hiss and noise you hear will be dependent upon your sensitivity as well as the paired headphones. For example, my computer sound card has noticeable but bearable noise with headphones, but the MMP amplifies the noise too much for me to use the combination. On the other hand, the DX50 has some hiss that gets amplified, but the hiss is still at a low level with most headphones, and I can’t hear it with other. You will have to access your personal tolerance and source quality.

NOTE: We advise against using the MMP to listen at unsafe volume levels, which it is capable of achieving.

The NuForce Mobile Music Pump (MMP) is a small, portable headphone amp that increases the volume of the connected source. It is important to note that any noise or hiss from the source will be amplified by the MMP, resulting in a poor listening experience. Changes are minimal when using the MMP with a single headphone designed for portable use, and some marginal benefit with harder to drive headphones. The MMP shines when used with two headphones simultaneously, as sound quality compared with the iPhone 5, Clip+, and other lower end sources improves. For those that want to increase the volume level of low sensitivity headphones or keep the level of sound quality consistent whether using one or two headphones, the MMP is an inexpensive option that is easy to use and works. Buy from Amazon

– Improves performance when sharing your music with another headphone user from many players, such as iPhones, iPods, and Sansa players

– Increases maximum volume with one or two headphones connected

– Amplifies hiss and/or noise from the source

– Another piece of equipment to carry around

– Only improves sound quality marginally with one headphone

– Headset functionality is not retained 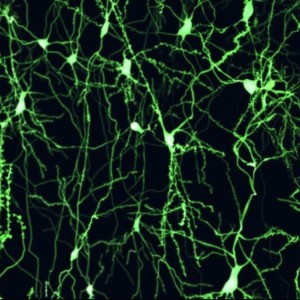