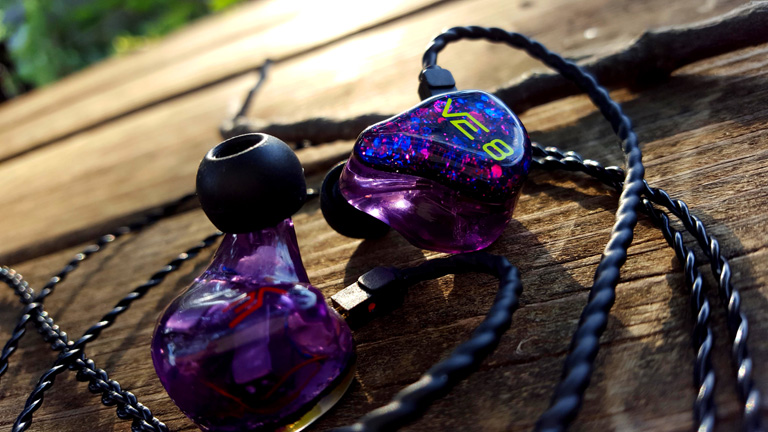 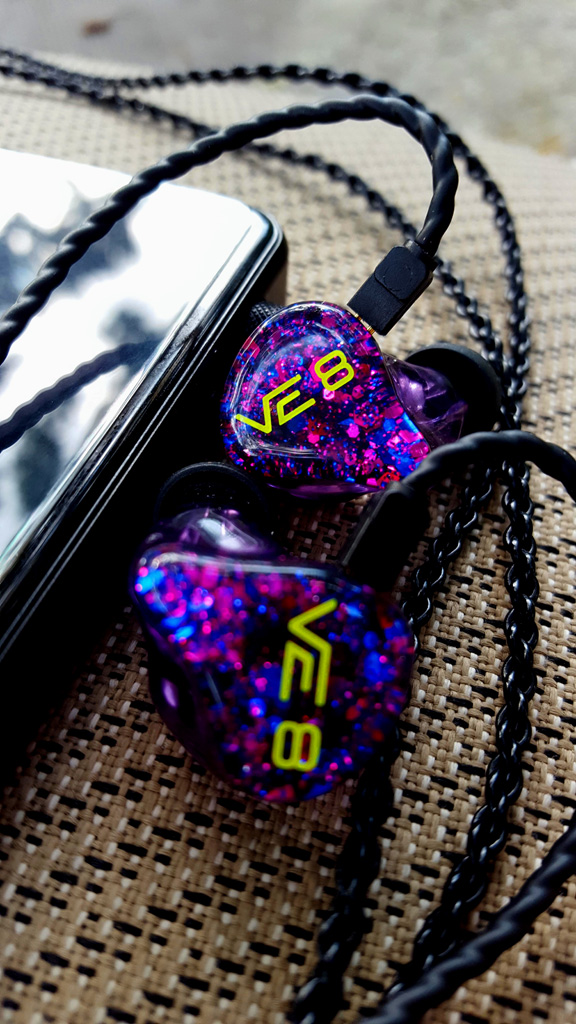 Vision Ears VE8 is a neutral-warm, smooth and airy IEM. It has good transparency and is exceedingly natural in tone. In fact, it’s the most natural in-ear I’ve heard to date. I don’t attribute that to technical superiority, but rather brilliance of tuning. Balance is the key to their genius.

Treble is well-extended, yet very, very neutral. In some ways I feel it’s trying not to be noticed. There’s little to no shimmer, and any peaks which might exist are so subtle you aren’t conscious of them. Thankfully, that extension reaches far enough to bring light and air without the need to exaggerate the levels. VE8’s highs are mellow and clean, and perhaps the largest contributor to that “natural” tone. My preference is for a little more gleam. I like to be entertained by shiny things. This does not do that. VE8’s highs are not meant to be noticed. They simply sound correct.

The vocals are neither forward nor recessed, but dead neutral. A slight lushness imbues them. Note weight is about average, keeping the singers from standing too tall on the stage. Transparency here is quite good, though not the best. Details are clear, without ever jumping out or demanding attention. Just a hint of warmth, a smooth timbre, and a super-clean presentation, makes the VE8’s mids something to love. 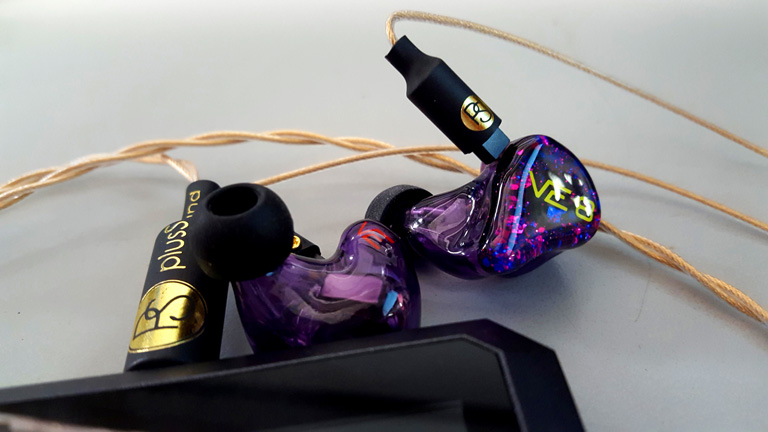 Of all the frequencies, only the bass gets special attention in the tuning. It’s heightened, but just barely. Both mid-bass and sub-bass draw your attention above any other range. Again, balance is the key here. Vision Ears wanted those lows to fill out the stage and give you comforting warmth that just feels… grand. But they did not want to muddy the mids and lose that impressive clarity. This bass delves deep, giving good sub-rumble. It has a rich tonality, with texture and speed. However, it is not an aggressive bass. Nothing about the VE8 is aggressive, and the lows are not likely to satisfy even a semi-basshead. You get the impression they are just there to achieve a signature and aid in that naturalness, not impress you.

Soundstage is proper big, sounding just barely out-of-head, with close to equal dimensions on all axis. Imaging and separation are at top tier levels. The VE8 has great resolution, but there are better out there.

The VE6XC is a different animal in a lot of ways. First of all, it’s punchier. The bass kind of pops, hitting harder. But it’s not as full and rich as the VE8. Not as much weight. But the “amount” is nearly the same, with the VE6XC maybe a dB louder. Without doing sine sweeps (which I’ve yet to do, ever. I know, how unprofessional.) I’ll just have to guess that the “fullness” I’m hearing in the VE8 has to do with mid-bass. Perhaps that portion of the low-end is given a higher volume. This would also explain what I hear in the mids…

The VE6XC’s mids are thinner, and cooler. VE8 has the thicker vocals, with more warmth. The 6 does come off clearer, with better transparency because of this. However, it loses the naturalness of the 8. It may not be as full and meaty, but the 6 owns a lovely sweetness to its voice. 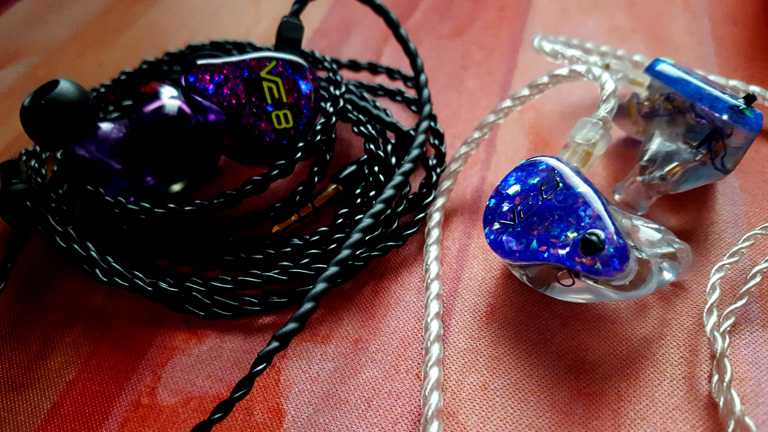 Like the bass, the VE6XC’s treble pops more. There’s true twinkle in those highs. It gives the sound a fun quality. But it fails to match the phenomenal naturalness of the bigger brother. The treble, like the rest of the 6, lacks the same refinement and maturity.

Soundstage is not as wide, though it may be as tall. The VE6 goes deeper, I feel. And it does this mesmerizing thing with its layering which is hard to describe. Hyper layering, I’d call it. Sharp and vivid. The imaging on both is stellar, yet the 6XC may just outclass it here. I can’t even begin to explain why. Just… wow. The little sibling has mad skills.

So yeah. The VE6XC is not everything the VE8 is. But f**k, it’s a dazzling listen, one which is easy to fall in love with. Nonetheless, it’s obvious who has the more masterful tuning.

Still to this day, my favorite IEM is the 64Audio U12. Unlike the VE8, it is TRYING to impress you. And it succeeds. The bass is bigger, with more warmth, resonance, and rumble. It goes farther than the VE8 in every way, pushing lushness to its fullest. Possessing four BA’s dedicated to that low-end, the U12 comes the closest to mimicking a dynamic driver of any BA-IEM I’ve heard. The VE8, with its politeness, pales in comparison.

The U12’s mids are thicker and weightier. While they are still quite neutral in position, they are bigger. All that bass adds a profoundly warm, romantic quality to the vocals, which reduces their clarity by some degree, but they are not far from Vision Ears’ standard. There is still an awful lot of detail and articulation, though certainly less transparency.

Upper frequencies have a lot in common between these two IEMs. They both try not to be noticed. Only U12 takes things a little too far, recessing the treble below the mids. I have to use the Reference8 cable by ALO Audio just to bring those highs back up. With that cable, the U12 sound amazingly natural. The VE8 does not need a new cable to achieve that. Treble on either earphone is pure, clean, and well-extended, free of sharp peaks or notions of harshness. There’s also very little sparkle, but the result is beautiful, all the same.

The soundstage on the U12 is wider, and maybe deeper. VE8 is taller. Imaging is more or less equal. Separation is a little better on the VE8, due to the higher resolution, which U12 doesn’t quite match.

Now we swing over to the other side of tuning, with the Kaiser Encore, by Noble Audio. The VE8, U12, and Encore all fall under the “warm” category, but to varying degrees. The U12 is quite a bit warmer than the VE8, while Encore is significantly less warm.

We can explain this starting with the treble. Encore has far more presence and shimmer in its higher region. I’ve never considered it harsh, but you could be forgiven for thinking that. It takes its treble seriously. Extension is truly great, clarity, detail, all faultless. It is brighter than the VE8 by no small margin. This helps to cast tremendous light upon the stage, revealing every misplaced instrument lying about.

The bass is an oddity, emphasizing sub-bass over mid-bass or upper-bass. What this accomplishes is a remarkably clean presentation. The bass is faster than the VE8, maintaining tight control. Textures are rendered to fine grains. Delicious warmth colors the lower notes, but there isn’t as much weight to them as you’ll find in the VE8.

The bass and treble work together to make Encore’s vocals the clearest I’ve heard. Clear and impossibly transparent. VE8 doesn’t stand a chance in this regard. The detail and transparency, the definition, they are simply out of this world. Sadly, you must pay a toll. Male vocals lose some of their thickness and authority, sounding a tad weak. I have to use the X-Series GPC Litz cable by plusSound to fill out the lower-mids and reach a truly perfect heft. Once again, Vision Ears VE8 requires no such help. Yes, it sounds even better with that same cable, making the vocals larger and more prominent, but it doesn’t need it to sound full. 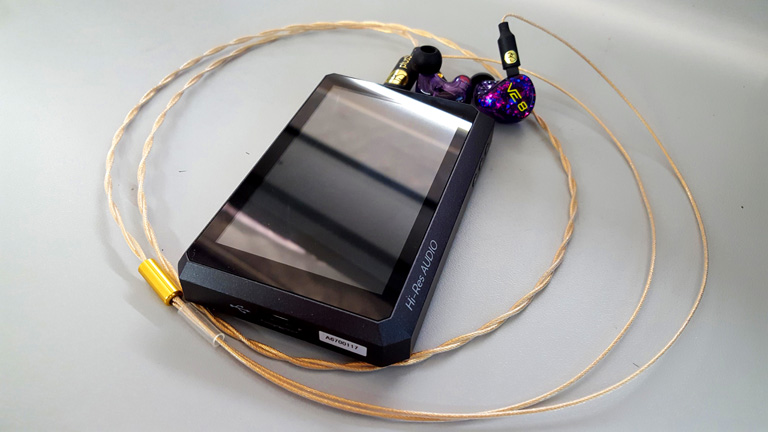 Encore’s soundstage is grander in all dimensions. It’s imaging and separation is hands-down the best I’ve come across. Resolution is at the tippity top of the game.