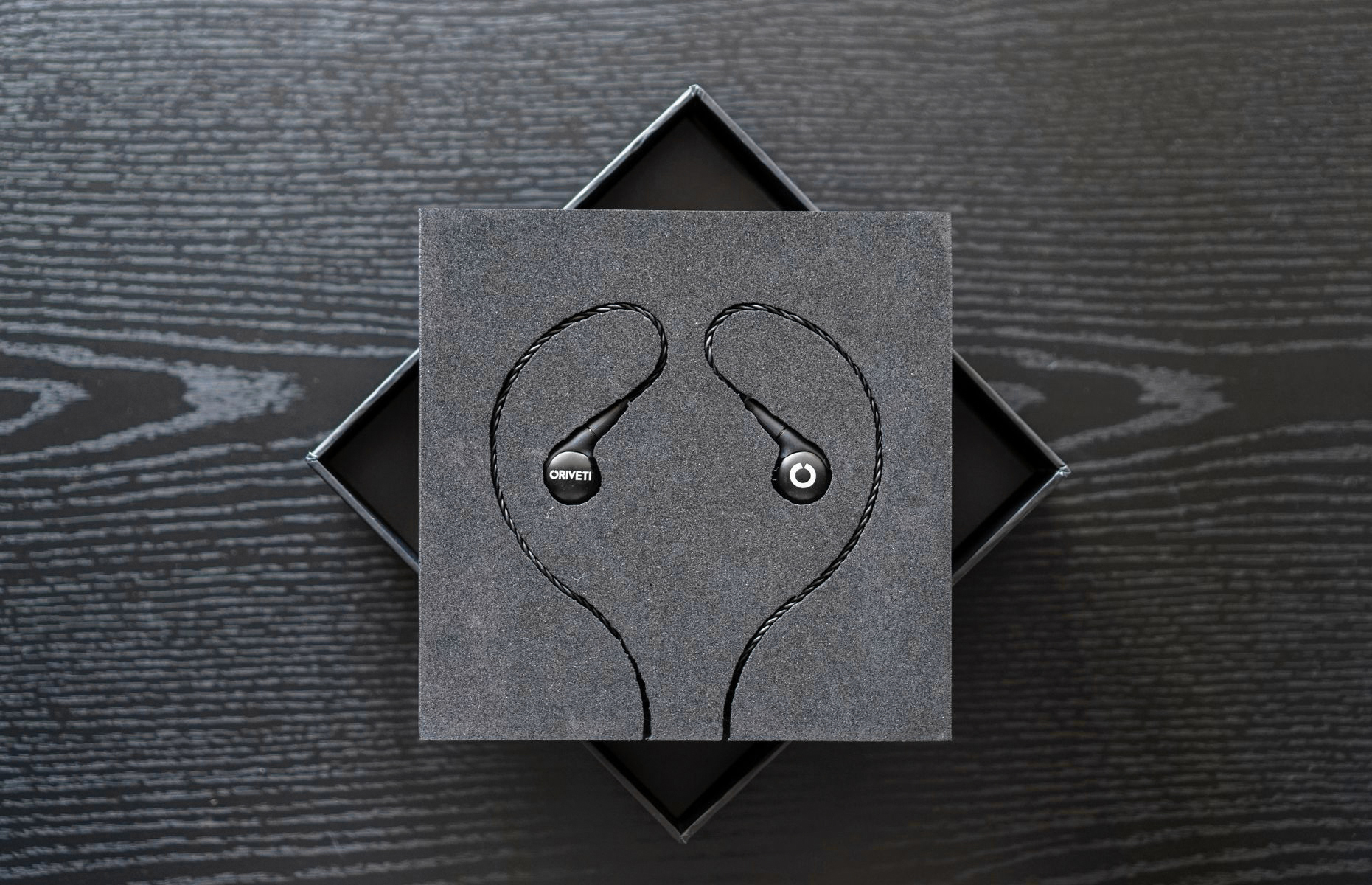 Compounding upon the premium unboxing experience, the earphone’s themselves carry quite a sumptuous look and feel. With the same smooth satin black aluminium build as the Primacy’s, the BASICs immediately stand out from the plastic monitors that are so common at this price. The level of finish is also a step above other similarly priced metal earphones like the re-400 with laser etched logos and very ergonomic sculpting. All surfaces are very smooth and the seam that runs along the perimeter of the M&M shaped housings is undetectable in the ear. Of note, the inner face of the housings has a slightly smoother texture than the outer face that is easier to clean (since the black does inevitably pick up some smudging from skin oils). It’s a nice little touch that indicates the level of thought and design that went into these earphones. A rubber support cradles the rear of the housings, gently contouring to the MMCX connector that feels tight and even in tension on both sides. The earphones do have a small vent just beneath the nozzle though I found it to have minimal effect on isolation. Still, for those who like to use their earphones for sport (a seminal reason why people buy over-ear earphones), the exposed vent does pose some concerns. But taking the earphones for a handful of HIIT sessions I experienced no issues with water/sweat ingress and the earphones have held up exceptionally well during my fortnight of vigorous testing. In addition, I experienced no driver flex, an issue that strangely affected the New Primacy so I would expect these earphones to age well with daily usage. 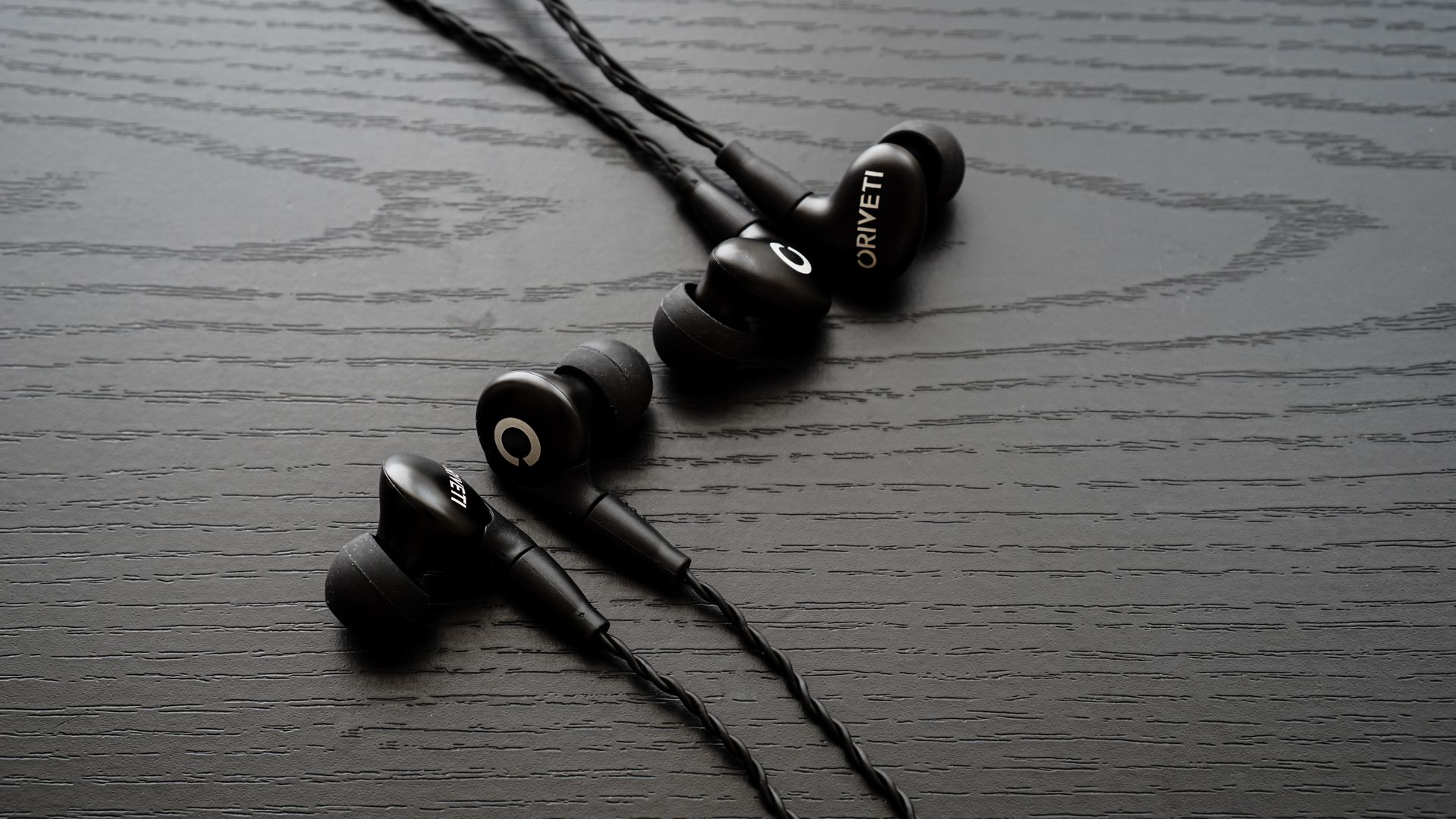 In terms of fit, comfort is the name of the game and the overall design of the BASIC is immediately reminiscent of the Primacy/Phonak PFE line of earphones. I would consider that a huge positive, given that those are some of the most universally comfortable earphones around; I owned both the Primacy and New Primacy in addition to the Phonak PFE 122 and 232 so I can personally vouch for the comfort of them all. For those unfamiliar with those models, the earphones have a more teardrop-shaped housing as opposed to the regular pod shaped monitor. They are shorter in length and also quite slim in profile (one could easily sleep in any of these earphones, BASIC included), occupying more vertical space instead. As a result, only the silicone tips contact your ear, leaving the housings suspended, thereby avoiding any hotspots or long-term comfort issues. Fit stability is retained through a deep insertion depth (they have the slimmer nozzles of the New Primacy vs the blockier Primacy), a strong seal and of course, an over-ear fitment; staying put during a 5km hill sprint session. Isolation is very good, better than the RE-400 and semi-open Dunu Titans despite having a small vent. I also didn’t notice any leak and isolation was easily sufficient for public transport and use in loud areas. The SE215’s are considerably larger and do isolate a little better by filling more of the outer ear, but the vast majority of buyers will no doubt prefer the more comfortable BASICs. 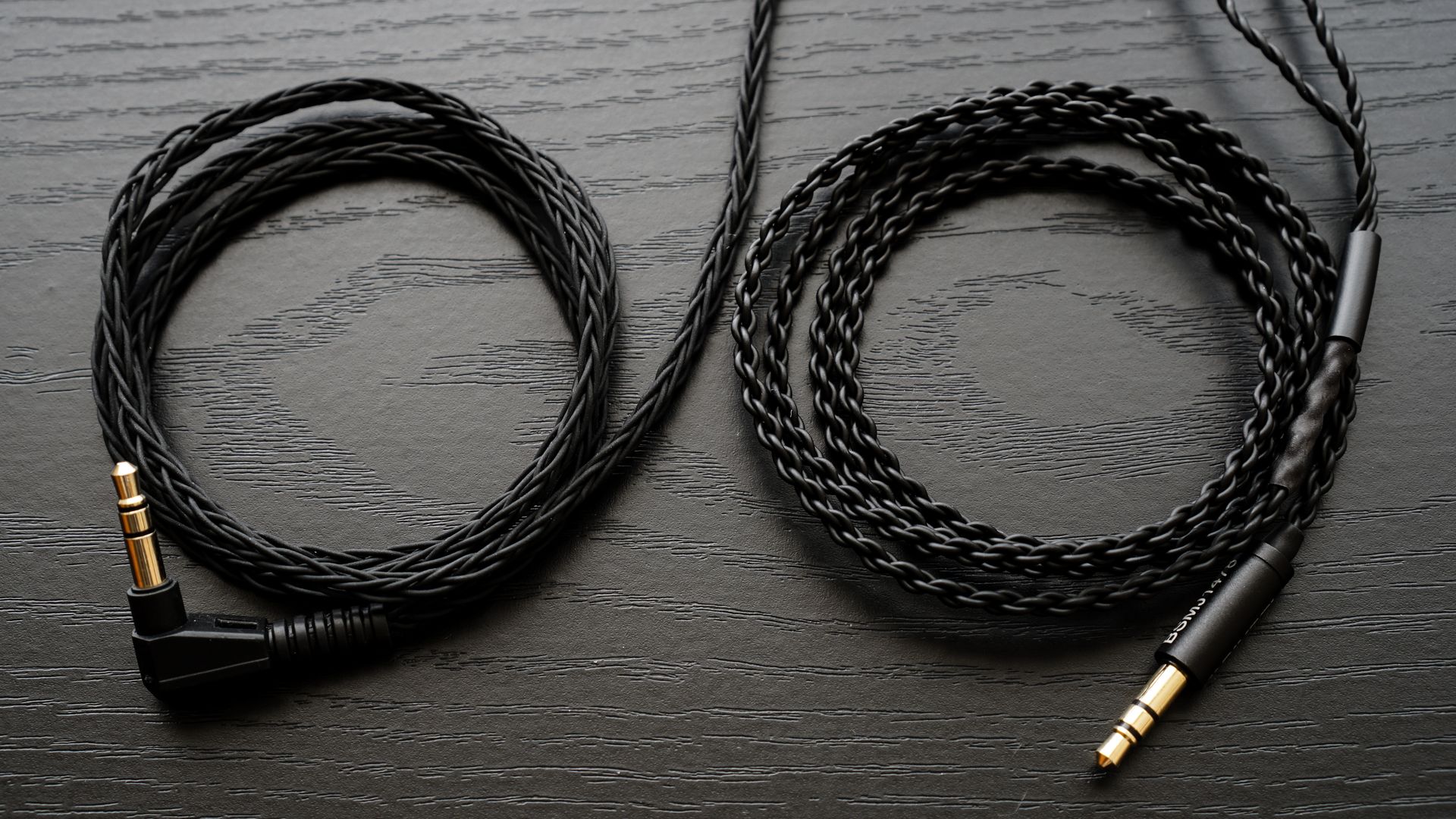 The BASICs employ the same 4-core braided cable as the original Primacy, not the 8-core unit included with the New Primacy unfortunately. That being said, it is one of the nicer cables included with a $150 earphone, similar to that included with the UE900 but with different connectors and a slightly less tacky texture. For instance, the stock Shure cable is considerably thicker, heavier and more cumbersome, preventing making any form of activity without a shirt clip. The cable on the BASIC is far lighter, more compliant and even without any form of ear guides, the cable wasn’t prone to flicking over my outer ear. I still prefer the smoother Westone EPIC cable, but Westone employs a proprietary form of the MMCX connector that is slightly shorter than the norm meaning that any replacements will be loose within the sockets and prone to intermittency (From personal experience with the W30’s).

By contrast, the gold-plated MMCX connectors on the BASIC are nice and tight, effectively resisting unwanted swivelling and any intermittency during my 3 weeks of testing, something I can’t say about the looser fitting Shure’s (though newer batches may have addressed this as with Westone’s latest earphones). The Y-split is a bit rudimentary as is the chin slider which consists of what appears to be heat shrink and some plastic tubing. It’s not flashy, but is light and doesn’t snag on clothes which will prevent damage further down the line. Many earphones terminate the lower cable and divide each channel to each earpiece via a small PCB making the Y-split a common point of failure while the BASICs cable is continuous all the way through, negating these issues. Moving further down, the BASIC’s are terminated with a straight gold-plated 3.5mm plug with the Oriveti logo and serial number laser etched into the surface. There is some basic strain-relief, not enough for my liking, but I never experienced any issues with either the BASIC or the Original Primacy. Of course, a right angle plug is ideal for portable usage, but the installed plug is slim and relatively short; it fits comfortably within snug cases and won’t protrude too much in your pocket. Of note, Oriveti have omitted any form of remote/mic denoting the BASIC’s more audio related focus though I would argue that such inclusions are vital at this price point since most buyers will be driving them from IOS or Android devices during commute or activity. Still, the standard SE215 and UM 10 Pro both lack a remote cable and aftermarket options are easily available online due to the use of the widely adopted MMCX connector. 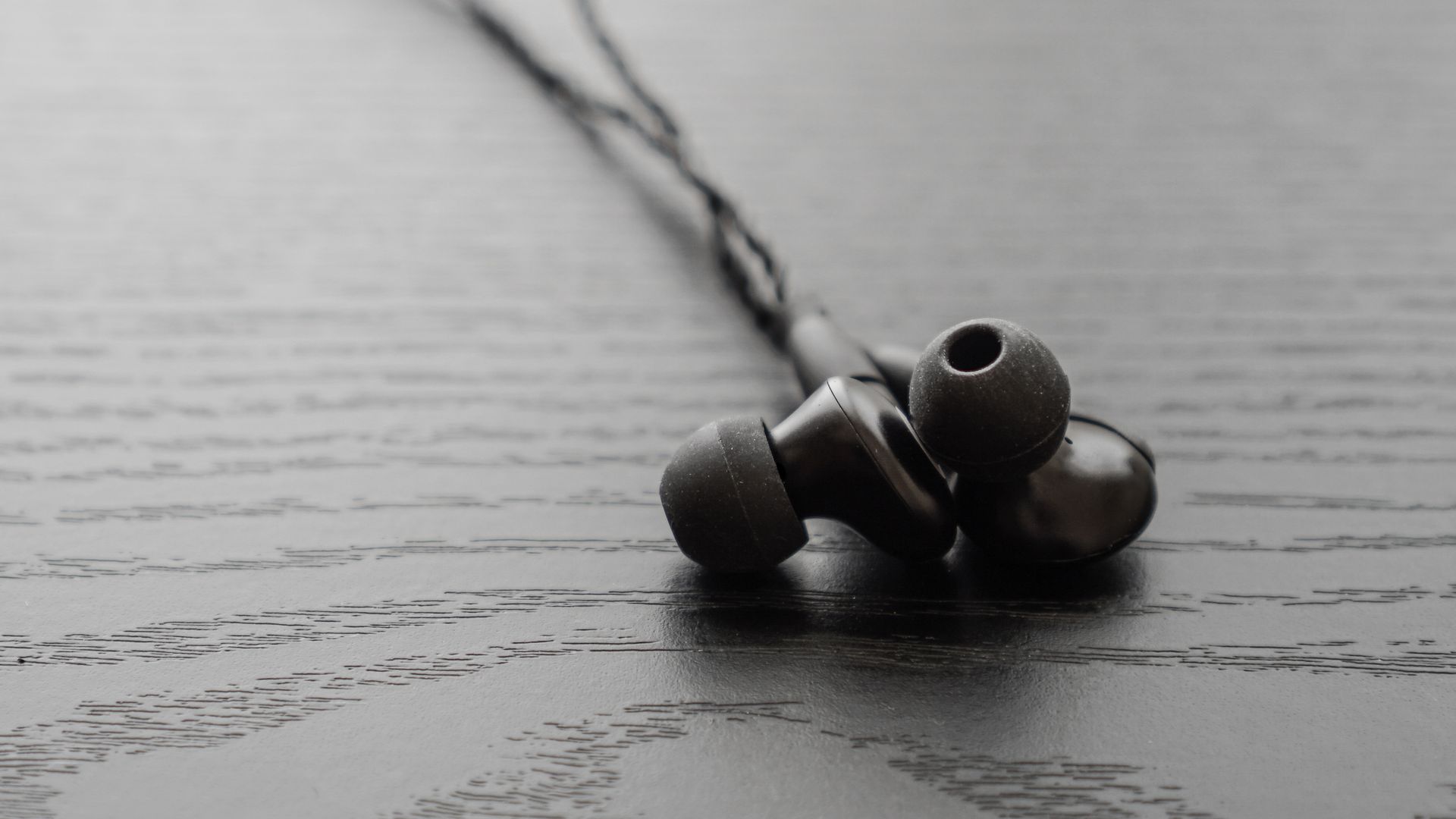 Ultimately, build is a big part of any buyer’s purchase; it doesn’t matter how great your earphones sound if they cease functioning just a few months from purchase. Oriveti clearly actualise this premise through the BASICs that are easily one of the best-built and best fitting earphones around this price. Other comparable earphones such as the Dunu Titan/Fiio EX1 lack the removable cable and level of isolation offered by the BASIC while the Um 10 Pro’s and SE215’s both have much cheaper feeling housings.